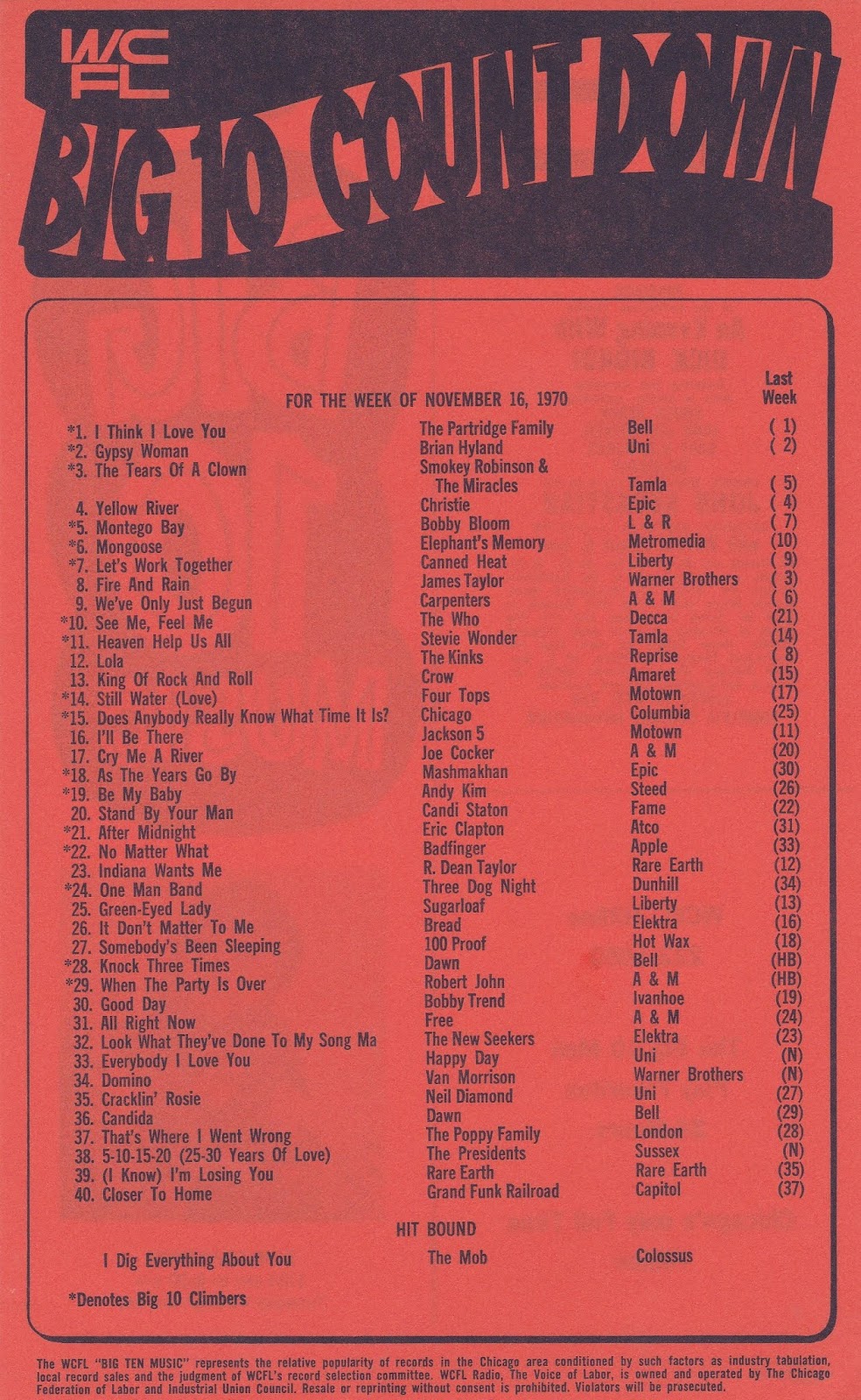 Chicago climbs another ten spots with "Does Anybody Really Know What Time It Is?" ... and Mashmakhan is up 12 spots with "As The Years Go By."  (I always liked this one ... and you NEVER hear it anymore.)

And check it out ... Van Morrison is back on the chart with "Domino," which will become one of his signature tunes.


And I would be remiss in not mentioning this week's hit bound song, "I Dig Everything About You" by The Mob.

The Mob was one of Chicago's premier club bands at the time ... VERY big in pioneering the horn rock craze that had already made stars of this city's Chicago as well as Blood, Sweat and Tears.

The Mob never really got their due on the charts ... a fact brought all the more to the forefront when one considers that one of its members, Jim Holvay, wrote FOUR hit songs that he gave to The Buckinghams because he thought they better-suited THEIR sound than that of his own band.

As such, "Kind Of A Drag," "Don't You Care," "Hey Baby, They're Playing Our Song" and "Susan" all became Top Ten National Hits.  (In fact, they all made The Top Ten in 1967 alone!)  And The Buckinghams are the ones credited with pioneering the pop/rock/horn sound under the tutelage of James Guercio.  (It's been said on more than one occasion that Guercio used The Buckinghams as his "practice band" while prepping to produce Chicago ... and there may be more than a bit of truth to that statement.)

Anyway, here is The Mob, sounding just fine all on their own, with their One Hit Wonder, "I Dig Everything About You."