Much attention was paid to the 50th Anniversary of the premier of the landmark television series "All In The Family" yesterday ... and deservedly so.

The Norman Lear comedy set new standards for what topics could be covered in prime time ... and the stellar cast and excellent scripts pushed it right to the top of the ratings.

But another January 12th anniversary seems to have been lost in the shuffle ... 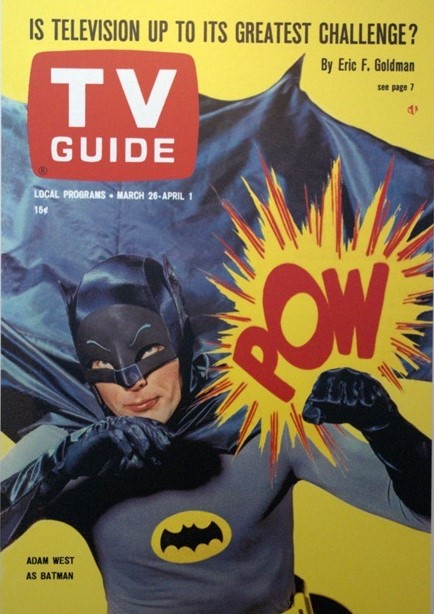 It introduced the world to a "new and improved," totally camp version of The Dynamic Duo, expertly portrayed by Adam West and Burt Ward.

It, too, broke new ground ... and was an instant, overnight hit.  (Never before in prime time was a series able to commandeer an audience for two nights a week ... and keep them coming back for more again and again and again ... Same Bat Time, Same Bat Channel!)

Those opening two episodes ran back to back on consecutive nights, January 12th and 13th.  (The pattern would continue for the first two seasons with Part One always leaving our heroes in perilous danger with no apparent way out ... and Part Two beginning with an ingenious way of escape, foiling their foes!)

Admittedly, some (or would that be MOST) episodes haven't aged as well as others ... but at the time, this program was so new, so different, so colorful and so "out there" that America was immediately captivated.

Episode One guest starred Frank Gorshin as The Riddler and was titled "Hi Diddle Riddle."  Actress Jill St. John played his glamorous sidekick Molly.  The following week we met The Penguin (portrayed by Burgess Meredith) and then, in week three, we had our first run in with The Joker ... Cesar Romero ... who refused to shave his mustache for the role and had them just paint right over it with white make-up!  And let's not forget Julie Newmar as the first Catwoman!!!

The Bims! Biffs! Bams! Booms! Kerplops! Krunches! Bonks! Splatts! Zowies! Pows! Plops! Whacks! and Whamms! peppered every fight scene as The Caped Crusader and The Boy Wonder did whatever it took to preserve peace in Gotham City.

Celebrities lined up to pop their head out of a window as The Dynamic Duo scaled a building in pursuit of that week's bad guys.  (Sammy Davis, Jr., Jerry Lewis and Dick Clark immediately come to mind ... as do Kato and The Green Hornet, who used the success of THIS series to launch one of their own!) 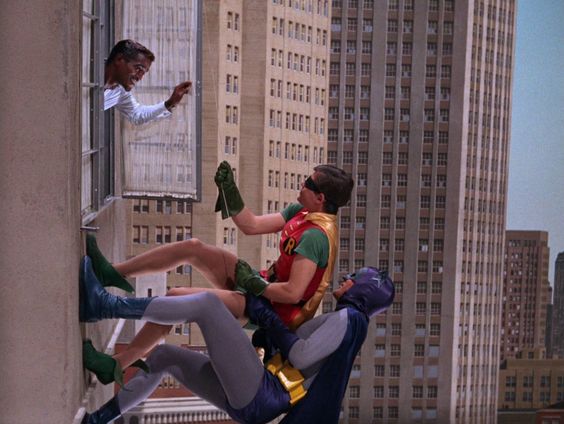 It was all in good fun ... and the way West and Ward delivered their ridiculous, over the top dialog as dead pan straight men was priceless. 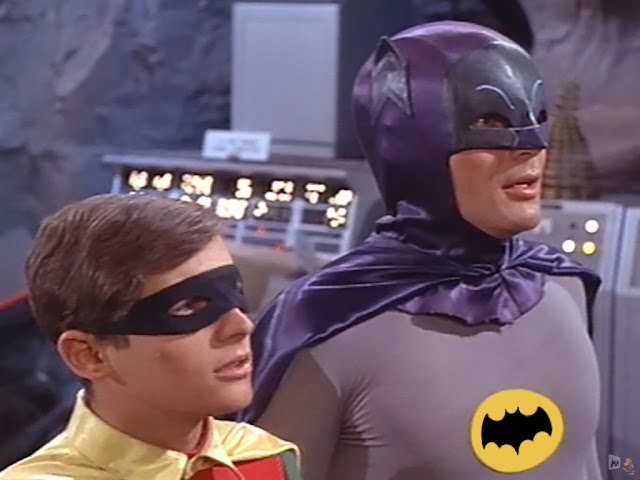 Over the course of the series' 120 episodes, Robin delivered hundreds of Holy Bat Words.

Well, thanks to author Joel Eisner, who put together "The Official Batman Batbook" in 1986 to honor the 20th Anniversary of the series, we've got 'em for ya. 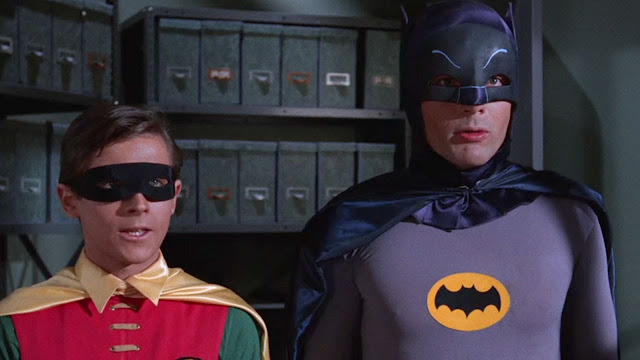