And it’s a FLASH AND DASH today …

But there are just a few more things I’d like to say!!!

Looks like Forgotten Hits Readers aren’t the only ones fed up and disappointed by the ways and means of The Rock And Roll Hall Of Fame nominating committee.

After the new list came out on Tuesday, Joe Walsh of The Eagles was asked (ambushed?) by TMZ what he thought of this year’s batch … and the whole RRHF process …

In answer to the question, Walsh literally held his nose, stating that there are quite a few changes he and his peers would make in the way The Rock Hall operates.

As reported by Ultimate Classic Rock, Walsh politely declined to specify any artists in the former category, but was quick to speak up for a childhood hero he thinks should be acknowledged.

"There was a guy that didn’t make it last year called Link Wray.  He had a song called ‘Rumble’ in the ’50s, and all us guitar players wanted to be Link Wray. And he didn’t get in because nobody knows about him."  (I know that cult-hero artists like Link Wray and Dick Dale have been on our Deserving and Denied List for YEARS now … these are artists who truly DID influence other artists with their style of music … again, the original concept of this organization that has sadly lost its way for decades now.  Musicians’ musicians … people who helped influence and inspire many of the artists currently inducted.  (We have said for years that they need to have those artists already inducted have a greater say as to should be joining them in the hallowed Hall … or at least more say than the corporate guy who is only interested in selling $25,000 tables to the televised event!)

Ultimate Classic Rock also points out that Dan Auerbach of the Black Keys campaigned heavily for the nominated Wray to be inducted with last year's Hall of Fame class, declaring that “none of us would be here without Link Wray.”

By the way, on November 11th Tacoma, Washington, Joe Walsh will host VetsAid, a benefit concert that will include full sets by himself, Don Henley, James Taylor and Chris Stapleton.  Ringo Starr will be a special guest at the event.

Hi Kent –
The nominees are very poor.
I would only vote for the Zombies and maybe, just maybe, Def Leppard.
The Zombies are very deserving for two reasons:
1 - They were part of the British Invasion, which was important in music history
2 - In 2018 they are now playing more dates in more countries than they ever did in the 60’s. This equals longevity.
I've been lucky to have had Colin on my radio show four times and Rod Argent three times in past ten years … absolute professionals.
Whether playing a small gym or a major theatre, their performances are great.  This nomination is "third time of asking," and hopefully it works.
Regards -
Geoff
www.softrockshow.co.uk


Hi Kent,
What the hell is going on with the R&R Hall Of Fame?
I'm sorry, but isn't this becoming an annual redundant question?
It reminds me of that old Wellerism phrase my Mom used to say:  "Everyone to their own taste, said the old lady as she kissed the cow!"
Devo?  Kraftwerk?  What next -- the Guess Who getting eked out by Question Mark & The Mysterians?  Apparently "Whip It" and "Autobahn" had much more of a social impact than a few million of us even realized.
Sometimes, you want to give these "surprise candidates" the benefit of extensive record sales, but some don't even qualify for that.  You just never know who is going to show up on the R&R list of surprise artists.  Word has it, the Singing Nun could possibly be showing up in next year's first ballot, in hopes of making it to the Lightning Round.  Ozzy Osbourne picking up her posthumous award and singing "Dominique”? … it could happen!
Peace,
Tim Kiley
If The Singing Nun gets in there for “Dominique” before The Kingsmen do for “Louie Louie” I’m REALLY gonna be pissed!!!  She already cheated them out of a #1 Record in Billboard as it is!!!
But I totally get what you’re saying ‘cause your preachin’ to the choir here on this one.
Still, we wait each year in the hopes that some moment of enlightenment will occur and offer a glimmer of hope at the end of the rock and roll rainbow.  (kk)

As somebody else pointed out earlier this week after the nominations were revealed:  Of course, the BEST rock and roll hall of fame … the ULTIMATE Rock And Roll Hall Of Fame … sits in your record collection … and in your closet full of well-worn t-shirts from special concert events you went to that you just can’t throw away “because you were THERE, man!!!”  That’s the TRUE testament to the longevity of the rock and roll that matters to the real fans out there … your well-worn albums (including many, like me, that you’ve bought again and again and again … the format may have changed over the years … but you’ve just GOTTA have the best copy available of this music that is nearest and dearest to your heart.)  THESE nominees aren’t selected by some corporate guy in a suit … these are the artists that truly touched your soul … that changed your life (or got you thru the best and worst parts of it) … THIS is the REAL Rock and Roll Hall Of Fame!!!  (kk) 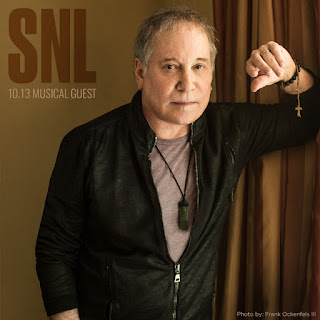 Paul Simon makes Saturday Night Live history this weekend when he appears on the program as a musical guest for a record 9th time.
Simon hosted the second episode of SNL in October of 1975, and has appeared as both a host and/or musical guest seven times since.  This weekend, on his 77th birthday, Paul will make SNL history by serving as the musical guest for the ninth time — more than any artist in more than 40 years of the show’s run.
Be sure to catch all of the action this Saturday, October 13th at 11:30 / 10:30 central on NBC.  (kk)


Hi Kent!
PLEASE keep us posted about the future Randy Bachman / Burton Cummings shows.  I will be there with bells on!!!
Would love to see them live on Soundstage Show also.  This is definitely on my 'Bucket List".
Carolyn
ps Speedy recovery for Frannie!
Yep, I can’t imagine missing this either.
And thank you … Frannie’s doing GREAT … man, what a difference once you eliminate the source of all the pain! (kk)

Coco Dolenz performed last weekend with brother Micky, Alex Jules, Peter Andrews and Christena Rich in Simi Valley, CA.
Coco also intro’d Micky last night in L.A. at LATTC, where Dolenz went for a spell. He was being honored as an alumnus of the school. 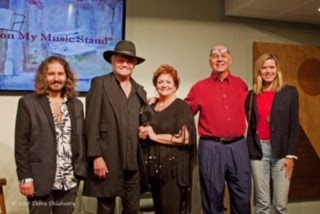 
Folks are certainly psyched for the upcoming release of The Beatles’ White Album Deluxe Edition … but I cannot help but wonder where all of this goes from here?  (And let’s face it, who of us will be around to see it anyway?)

Rumor has it that a 60th Anniversary package is already being planned with a bonus disc featuring, FOR THE VERY FIRST TIME EVER … ANYWHERE … THE PREVIOUSLY UNRELEASED TRACKS OF THE BEATLES FARTING IN THE STUDIO!!!

Can you imagine the campaign?

Sure, Lennon and McCartney were the creative ones when it came to all the songwriting (although guitarist George Harrison certainly gave them a run for the money near the end of the group’s career) … but who was the most creative farter???

Fans may be shocked and amazed to learn that Ringo Starr, tucked away behind his drum kit and a sound screen where he THOUGHT nobody could hear him … was the absolute MASTER at passing gas in the studio … and it’s all been captured here, LIVE, for the very first time, on this very special 60th Anniversary Release.

Hear Ringo let ‘er rip during “Why Don’t We Do It In The Road,” bringing whole new meaning to the lyric … and listen for those perfectly timed “Toot-Toot”’s during “Ob-La-Di, Ob-La-Da.”

You will enjoy these NEVER BEFORE RELEASED nuggets (eww … probably a poor choice of words) … here-to-for locked away in the vaults.  (He even has fun with his OWN tune … “Don’t Pass Gas Me By” … in a way you’ll never forget … or wish to remember!)

Smelling worse than a Glass Onion, Ringo would be the first to attest that “Happiness Is A Warm Bum.”  (And all this time you thought those were animal sounds during George’s track “Piggies”!!!)  And wait’ll you hear ol’ Ringo cut loose during Paul’s “Martha My Rear” … it’ll take your breath away!  (And not necessarily in a good way)

At some point, enough REALLY has to be enough!!!  (kk)