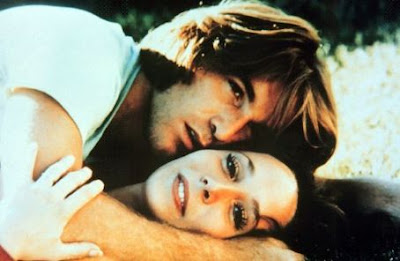 August 6th – Janis Joplin, Paul Simon, Steppenwolf, Poco and Johnny Winter perform at The Concert For Peace at Shea Stadium in New York.  The concert was organized as a reminder of the 25th Anniversary of the dropping of an atomic bomb on Hiroshima, Japan.

August 8th – Janis Joplin bought a headstone at the Mont Lawn Cemetery in Phildelphia, PA, to mark the grave of Bessie Smith, who Joplin said was her greatest influence.  Smith died in 1937 after being refused admission to a “whites only” hospital.

Also on this date, Canadian immigration officials turn back thousands of American rock music fans on their way to the Strawberry Fields Rock Festival being held in Mosport, Ontario, declaring that they “failed to produce adequate monies to support themselves.”  Despite the re-routing of these displaced fans, over 8000 Americans made it there to the concert. 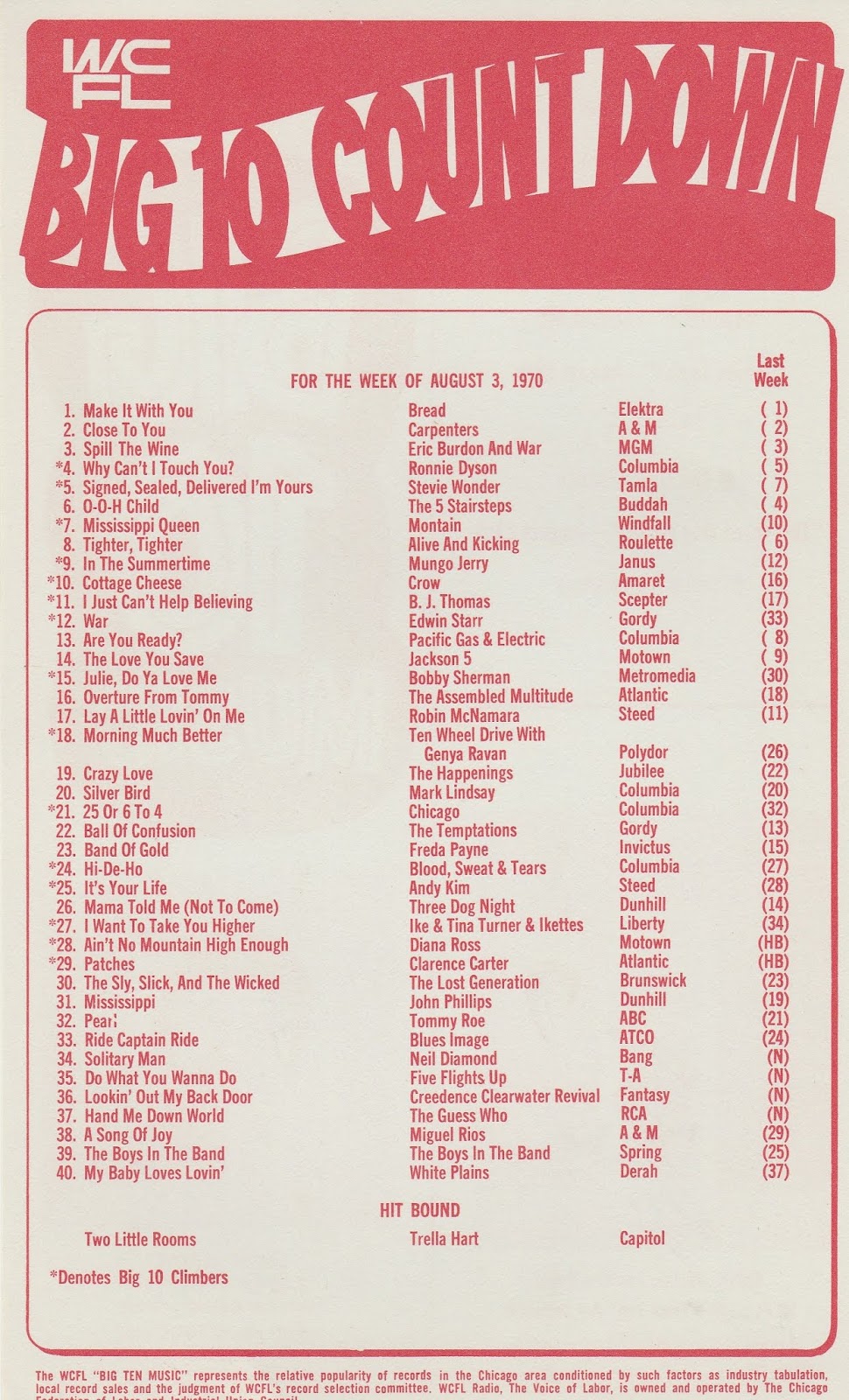 The Top Eight tunes on this week's chart were all Top Ten Hits last week, too.  In fact, #'s 1, 2 and 3 all hold their position from the week before.  The only two new entries into this week's Top Ten are "In The Summertime" by Mungo Jerry (#9) and "Cottage Cheese" by Crow. (#10)

Bang Records has released another old Neil Diamond track ... but this time around they've remixed it and "modernized" it a bit.


"Solitary Man" was Neil's first chart hit back in 1966 ... but it didn't make much of a dent on the charts.  This "new" version will go on to make The Top 20 ... and, quite honestly, is a bit more accessible than the material he's been recording lately.  (Neil will bounce back nicely later this year with "Cracklin' Rosie" ... and then score big with the hits "I Am, I Said," "Stones" and "Song Sung Blue" over the next two years ... as well as with his version of "He Ain't Heavy, He's My Brother.")

And the new CCR single has a definite country feel to it ... "Lookin' Out My Back Door" is catchy as can be ... and is sure to be another Top Ten hit for the band.


The big mystery of the week?

What kinda payola was going on to give "Two Little Rooms" a Hit Bound spot for Trella Hart?!?!?!

This song "Bubbled Under" for exactly one week in Billboard (and nowhere else), where it peaked at #120.  I'm not sure I'd want to hear it even if I COULD find a copy!!! (lol)

OH, THANKS A HECK OF A LOT, KENT AND SCOTT, FOR YOUR SUMMER SONG SUGGESTIONS!

I am just so happy I typed out a list QUICKLY at the beginning of this, because if I had taken the time to think about it for a few days/weeks, MY list would have looked like your list … and no way would I have been able to cut it down. Even in this closed down pandemic odyssey, I have emotionally and mentally broken out in summer songs.
Shelley J Sweet-Tufano

Ah yes ...
But I guess technically this gives you the chance to vote for 20 more that may have slipped your mind the first time around.  (Good luck with that!!!)
When Scott first suggested that I run the list of most popular titles to date, I knew it was going to be overwhelming ...  we’ve already had over 500 titles nominated (and I cut THAT list in half!!) …
But boy, what a great Top 100 we're going to end up with!!!  (kk)

Or I can bang my head against the wall.
Shelley

It was 54 years ago this week …
It was July 29th that I walked over to the local TV/Radio repair shop.  They also sold records and I picked up these two surveys. From there, my life began a downhill slide from which I may never recover.
Because of this addiction, I would meet some dude named Kent Kotal, about 13 years later. Somewhere in that same time period, maybe earlier, I would meet FH member Mike Wolstein.
Of course, later on, I have met, or at least conversed with, many other FH members.
This all because of a fateful Friday afternoon walk with a friend of mine to that TV repair place. Who knew what course of events would have been different?
Jack Levin 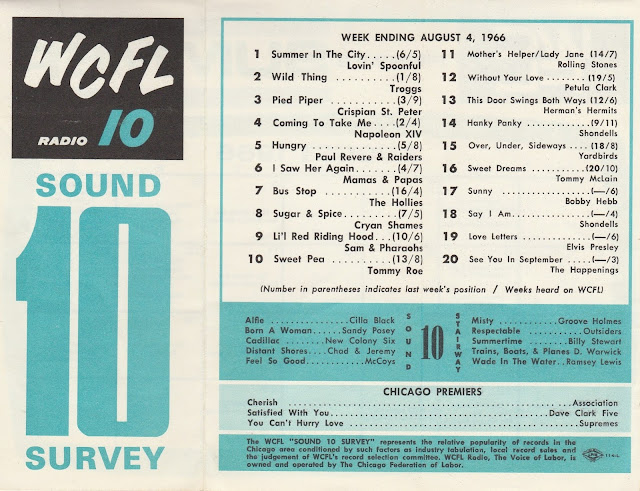 Ah yes, but what an interesting run of events it has been.  LOTS of chart-aholics on the list for sure … and we’ve been able to provide a great forum to share some of these regional surprises.  (You’ll find more on this topic later in the week!)
And how fitting is it that the #1 song on both of our Chicagoland charts that week was "Summer In The City," the All-Time #1 Summer Favorite of All-Time!!!  (kk)

Here’s a health update on Christopher Cross, who I know is very anxious to resume his 40th Anniversary Tour once concerts are back in full swing again …
https://bestclassicbands.com/christopher-cross-health-covid-19-7-31-20/

Here is a GREAT piece I just came across on Emitt Rhodes … too late to include in Friday’s posting … but DEFINITELY worth sharing now.
https://variety.com/2020/music/news/emitt-rhodes-appreciation-singer-songwriter-john-wirth-1234721593/

Kent,
My partner Mark Dillon (“Fifty Sides of The Beach Boys” author) and I just posted our latest Surf’s Up: a Beach Boys Podcast Safari ~
The Beach Boys' touring band was hot throughout the 70s, in part thanks to Carli Muñoz's powerhouse contribution on organ and piano. He was also a skilled composer, and Dennis Wilson looked to use Carli's songs and have him co-produce his projected second solo album Bambu.
Here, Carli reveals the inspiration behind those songs, recalls his friend and group manager Jack Rieley, and recounts why he and Rags Baker deliberately got arrested after recording a demo of "Constant Companion"!
Here Today @ https://soundcloud.com/user-93394161/carli-munoz-a-decade-at-the-keys-writing-for-dennis
Phil
PrayForSurfBlog

One other error that happened on American Top 40 involved the song Got To Give It Up by Marvin Gaye, from 1977.
For the first three weeks that the song was on the countdown (Spring of 1977), the B-Side of the single was played, which is mostly an instrumental, before the correct hit version was finally played. I remember as a teenager shaking my head as I listened to what I thought was the wrong song being played; it wasn't until years later that I found out that the B-side was the mostly instrumental part of the original eleven minute version of the hit.
Just another part of an AT40 memory burned into my brain.
Keep up the good work of keeping the 'oldies' alive, Kent.
Sincerely,
Joe Cantello
Roswell, Ga
It's just amazing that some of this stuff wasn’t caught at the time … but I think they were just SO under the gun to get these shows ready in time, nobody was really checking anything.  (Sadly, it also reflects how most of the people involved with the program really had no feel at all for the current, contemporary music sounds of the day.)
The more I read about the history of the show (at times they altered the real list considerably in order to avoid playing some of the hip-hop and rap that was starting to make its way on to the charts in order to keep with the format and original “feel” of the show), the more I cannot help but wonder how it was able to maintain any sense of credibility.  Seriously, what kind of bogus countdown is that?  Then they switched to other charts (most notably the AC / soft rock charts … and then eventually to using the Radio and Records instead of the ones published by Billboard.  Actually, this move probably saved them a ton of money, as they were paying licensing fees to broadcast the Billboard chart information!  Even though they were theoretically promoting Billboard in the process, which would have been GOOD for the company, especially in the way of new subscribers.)  Some of this just go SO wild and out of hand!  (kk)

A nice piece on Harvey Kubernik’s book on The Doors …
https://cavehollywood.com/the-doors-morrison-hotel/ --

*subject to change without notice
Two of Little Richard’s ‘70’s albums are being rereleased on CD with bonus tracks.  More info here:  https://t.e2ma.net/message/a0e1gc/ujrz9nb

And here’s some news about three Turtles LP’s that have just been released on vinyl … https://theseconddisc.com/2020/07/29/happy-together-demon-reissues-three-turtles-collections-on-vinyl/

And Eagle Rock has announced the release of The Rolling Stones “Steel Wheels Live” concert film, too.  (SO much Stones activity of late!)
re details below …

There are so many different variations of this release being made available you’ll want to check out the website via the links above to see which one best fits your needs and budget.  (kk)


Friends,
I am so sad to hear that Pepe Cardona, co-lead singer of Alive ‘n Kickin’, has passed away.  He suffered for about a year with cancer.  Thanks to Pepe, our End Polio Now concert in CT went beyond a success to become a small piece of Rock History, reuniting Pepe with Tommy James, 50 years after they created “Tighter, Tighter“ together.
Below is a Facebook post and a YouTube link to video I shot of the reunion at The Ridgefield Playhouse on April 13, 2018.  Pepe became a friend since then, so his passing really hurts.  Whenever Pepe called me at home, if my wife Barbara answered, he’d sing to her over the phone “Barbara Ann”.
Brad Joblin 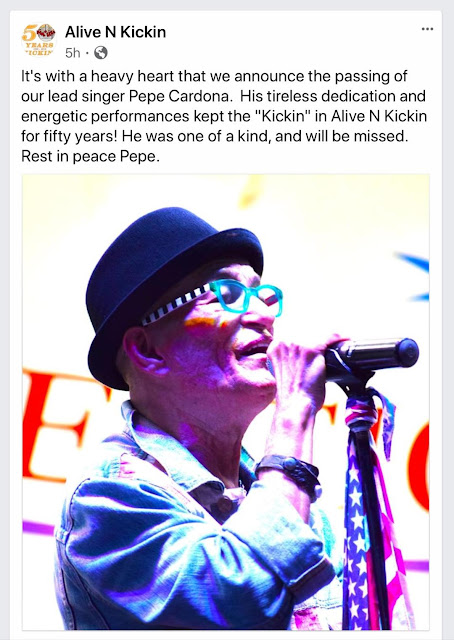 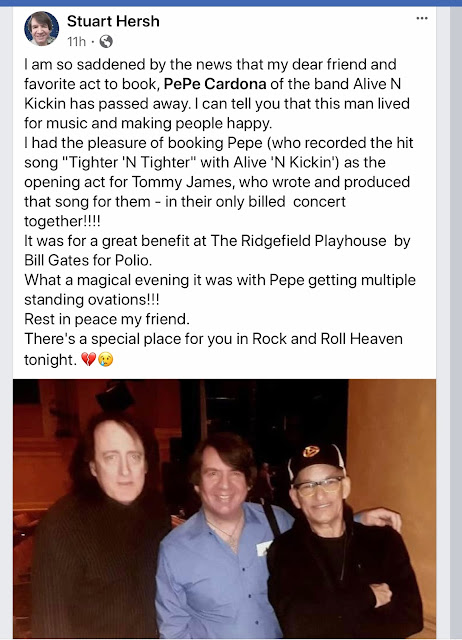 You know how TV seems focused on recycling the past into “new” television reboots???
Well, here’s a suggestion from FH Reader Frank B that just might work! 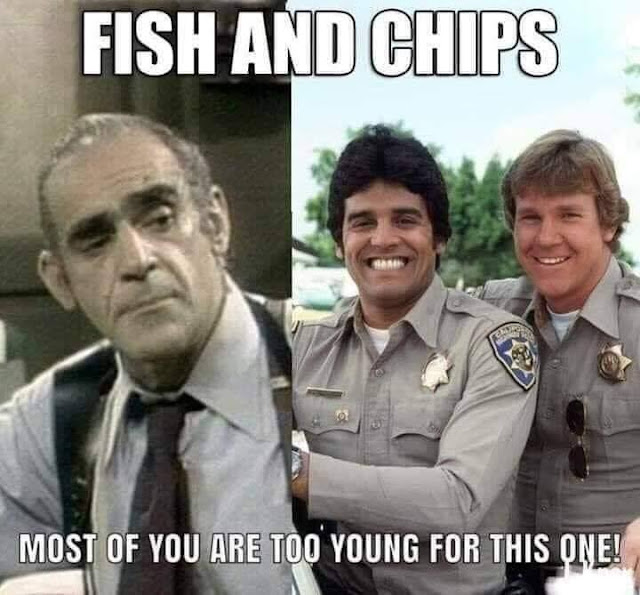