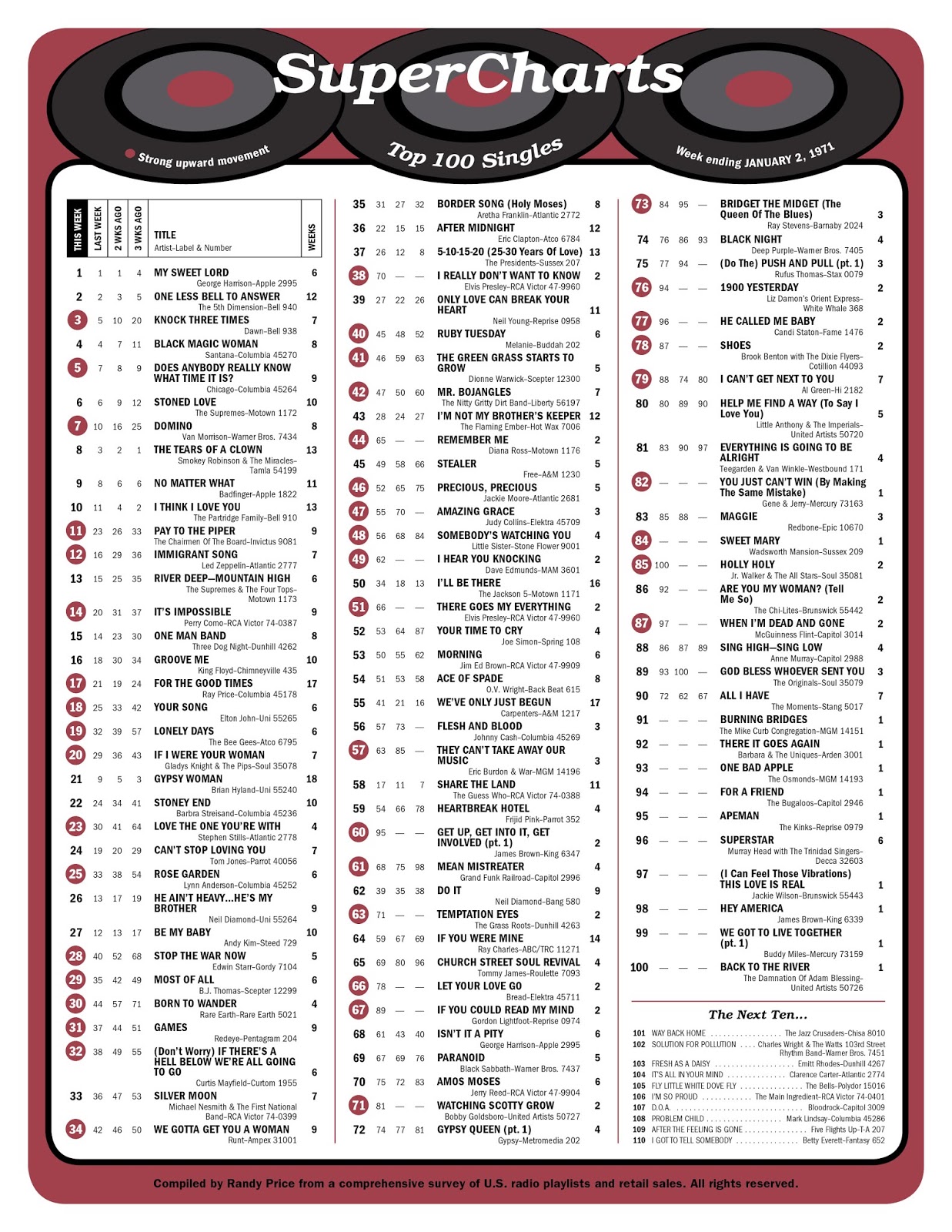 January 1st – Radio Luxemburg aired over seven hours of non-stop Beatles music to celebrate their ten year anniversary as a band.  (Of course by now The Fab Four had already split up and were pursuing solo careers … so some solo tracks were also featured)

January 2nd – After becoming the first former Beatle to score a #1 Single three weeks ago ... you may recall our discussion back on December 26th regarding the 50th anniversary of this date ... George Harrison now becomes the second former Beatle to score a #1 Album when “All Things Must Pass” tops Billboard’s Top 200 Albums Chart for the week ending January 2nd, 1971.  It will stay there for seven weeks.
(As you can see by the last three weeks' positions shown on The Super Chart, it indicates that George's first solo single had already reached #1 the week BEFORE the widely accepted December 26th anniversary, a fact we pointed out back on December 26th.  (I guess it's only fitting, in that we were apparently celebrating George's real birthday for the past 27 years, too!)
Much of the album is made up of songs Harrison had written over the past five or six years, some dating back to the "Help!" album sessions.  With a maximum allotment of only one or two songs per Beatles album, George had built up quite a collection of unreleased gems over the years!
Many would agree that even today, some fifty years later, it STILL just may be the best solo Beatles album ever.
(By the way, Paul McCartney holds the distinction of being the FIRST former Beatle to achieve a #1 Album on the U.S. Chart for his self-titled "McCartney" debut, released in May of last year.)

Also on this date … as declared by President Nixon last year, a ban on radio and television cigarette advertisements goes into effect in the United States

Also on this date, Taye Diggs is born 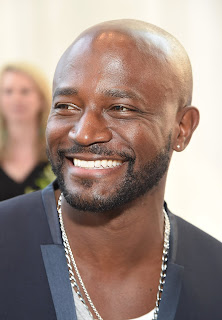 PLAYING FAVORITES:
This year I'm going to feature up to five songs climbing up the charts that were special favorites of mine at the time, growing up listening to the great 1970 sounds of WLS and WCFL here in Chicago.  (In 1970-1971, these two stations were still my whole world ... at this point in my life, I didn't even know what a Billboard Magazine WAS!!!  lol)

Choosing this week's batch was an ESPECIALLY hard task, as there are just SO many songs that I couldn't get enough of back then ... but being "Forgotten Hits," I think it best that I concentrate on more of those tracks that may have fallen off your radar over the past fifty years (since radio, as a general rule, just hasn't been playing them.)

So while I absolutely LOVE tracks like "One Less Bell To Answer," "Black Magic Woman," "No Matter What," "Lonely Days," "If I Were Your Woman" (one of my VERY favorite songs of all time), "Gypsy Woman," "Stoney End," "Games," "We Gotta Get You A Woman," "Mr. Bojangles," "I Hear You Knocking," "I'll Be There" (the first Jackson Five single I actually liked!) and "Temptation Eyes," I'm going to go with the lesser-played "Let Your Love Go" by Bread (this week's #66 song, up 12 places from the week before), "Sweet Mary" by Wadsworth Mansion (premiering at #84 this week) and "When I'm Dead And Gone" by McGuinness Flint, which climbs from #97 to #87.  (WCFL didn't even play this one ... yet it went to #20 on the WLS Chart.)  kk