In an interview on The David Frost Show, John Lennon and Paul McCartney denounce the influences of Maharishi Mahis Yogi, citing numerous examples of where he failed as a spiritual leader (and also exhibited the tendencies of a dirty old man!)  Both would make references to their Maharishi experience in future song. 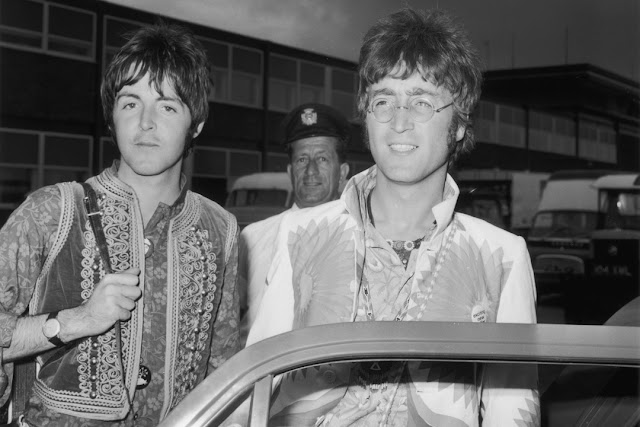 Paul claims that "The Fool On The Hill" was partially written about him and his ridiculous giggle … while Lennon made no secret of the fact that the original lyrics to "Sexy Sadie" read "Maharishi … what have you done?  You've made a fool of everyone."

To this day Beach Boy Mike Love says these sessions changed his life and he still makes time to meditate each and every day.  The most positive result we've seen musically is that The Beatles left India sufficiently inspired to write enough songs to fill a double album, which became The White Album in 1968. 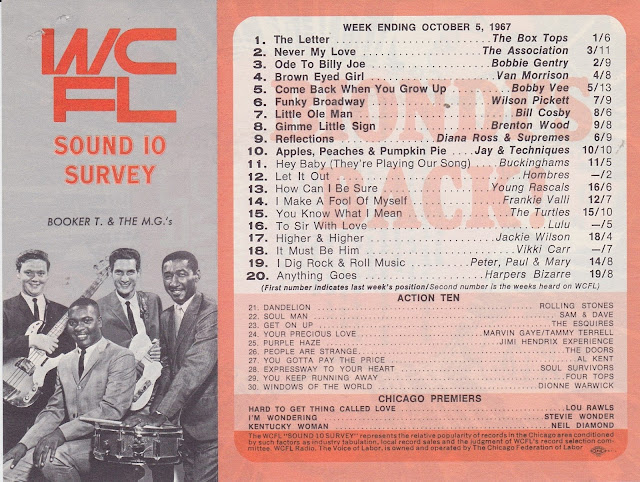 Comedian (and recent Emmy Winning Dramatic Actor) Bill Cosby has the #3 Record in Chicago on the WLS Silver Dollar Survey with his Stevie Wonder take-off "Little Ole Man".  While I'm quite certain this was cause for one hell of a celebration, no one is saying if any "special cocktails" were served.

The Chicago White Sox lose to The Washington Senators and are eliminated from The American League Pennant Race.  Meanwhile across town Chicago Cubs Pitcher Ferguson Jenkins wins his 20th game … the first of his seven 20-win seasons, six of which were with The Cubs. 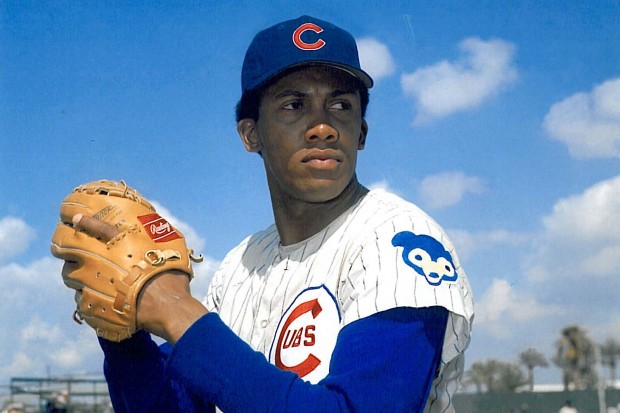 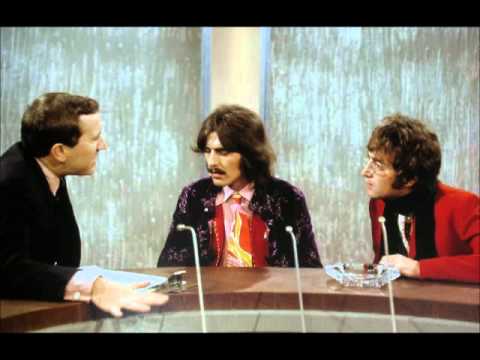 John Lennon and George Harrison appear on The David Frost Show, where they discuss Transcendental Meditation.  Back in the studio that evening, they are adding improvised bits of background noises to "I Am The Walrus".  At around 10:30 while playing around with the radio dial looking for something interesting to dub in from the live feed, they happened upon Williams Shakespeare's "The Tragedy Of King Lear", starring John Gielgud.  Bits and pieces from this broadcast are added, most notably "Sit you down, father, rest you."  They also go back to work on Paul's "Your Mother Should Know", scrapping the new takes recorded earlier in September in favor of the original version recorded back in August, ultimately completing the track this evening. 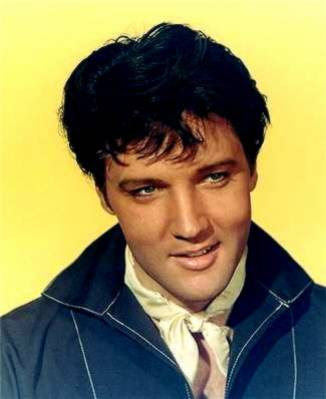 Mickey Hart joins The Grateful Dead.  He would stay with the band through February of 1971 … and then return in 1974, where remained until 1995. 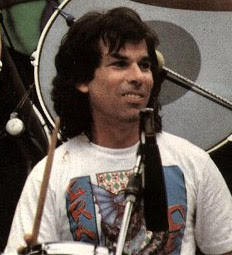 After five years, The Rolling Stones severed ties with their manager Andrew Loog Oldham.  Oldham had helped to build The Stones’ image as “the anti-Beatles”.  (Ironically, he worked for Brian Epstein at one time … and, thanks to a meeting arranged by Andrew, he was able to persuade The Beatles to give The Stones’ their second British single, “I Wanna Be Your Man”.)

He took The Stones to worldwide success and even produced the majority of their earlier records, despite the fact that he was a teen himself when he first took over managing the band and had no prior recording experience. 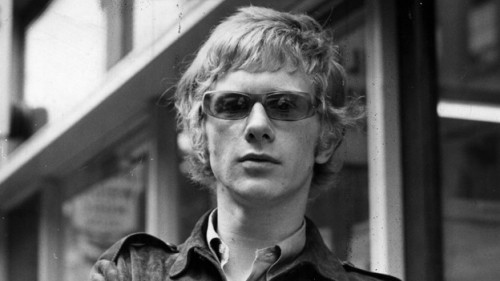 Perhaps his greatest and longest lasting contribution was encouraging Mick Jagger and Keith Richards to write their own songs, thus creating one of the most successful songwriting partnerships in rock and roll music history.  The Rolling Stones are still going strong some 55 years later!

Oldham was inducted into The Rock And Roll Hall Of Fame in 2014.  It was his orchestral arrangement of The Stones’ tune “The Last Time” (recorded for his own album) that The Verve used to create their landmark hit “Bittersweet Symphony” in 1998.  (A high profile court battle followed.)

When Mick Jagger and Keith Richards were arrested for drug possession earlier this year, Oldham fled to The United States instead of helping to sort out their legal matters.  It is believed that it was this incident that led to him being forced to resign as their manager today.
Posted by Kent Kotal at 6:00 AM

A brand new '60's classic debuts at #57 this week as Aretha Franklin hits the chart with her latest, the Carole King tune "A Natural Woman".  Also new on the chart this week are a remake of "Please Love Me Forever" by Bobby Vinton (#66), another remake of "Love Is Strange" by Peaches and Herb (#77), "Holiday" by The Bee Gees (#80), the very different sounding "Incense And Peppermints" by The Strawberry Alarm Clock, a foray into psychedelic pop (at #81), "Rock And Roll Woman" by Buffalo Springfield, another '60's classic, "Everlasting Love" by Robert Knight (#89) and a future #1 Record by a family act called The Cowsills, with something called "The Rain, The Park and Other Things" (#90).


Frank Zappa's daughter Moon Unit is born.  In 1982 she will record a duet with her father called "Valley Girl" which will inspire the movie of the same name to be made, starring Nicholas Cage. 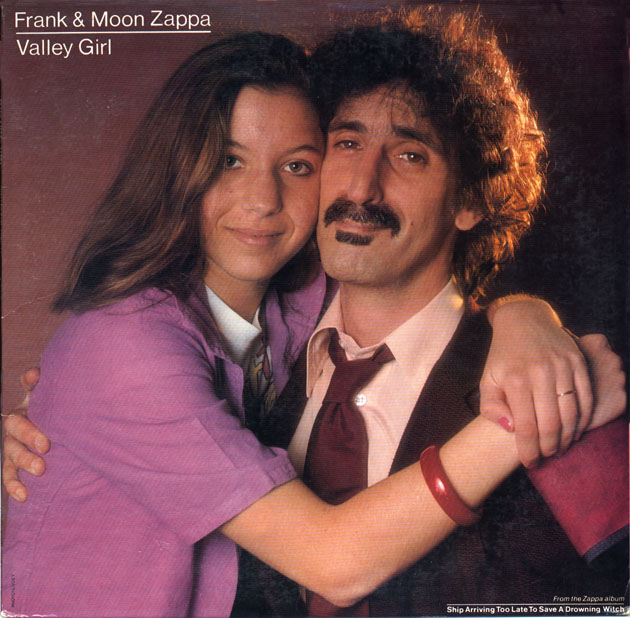 The Beatles wrap up their recording sessions for "The Fool On The Hill" and "I Am The Walrus," both of which will be featured in their upcoming British television special "Magical Mystery Tour".

The list of England's most prevalent recording session backup singers of the 1960s includes a choral group named the Mike Sammes Singers, an ensemble of 16 vocalists. They sang backup for hit singles by Tom Jones, Helen Shapiro, Anthony Newley, Tommy Steele, Engelbert Humperdinck, Olivia Newton-John and many other artists. They also sang on hundreds of radio commercial jingles, and recorded several albums of their own. But their most widely heard performance was also their least-credited work.

The Mike Sammes Singers gathered in a recording studio at 7 p.m. on September 27, 1967, in London to perform a choral background layered over an orchestral score mixed with a rock music superstructure. Part of their assignment was to chant, "Everybody's got one, everybody's got one" repeatedly. The rock song, lyrics of which were inspired in part by a Lewis Carroll poem, also included lines of recitation from a BBC radio performance of Shakespeare's "King Lear." The session, which went into the early hours of the morning at EMI Studios, on Abbey Road, was for the Beatles' "Magical Mystery Tour" track "I Am the Walrus."


In one of the tightest pennant races ever recorded … and with just five days remaining in the 1967 American League regular season ... the possibility of a four-way tie for first place still remains.  (The Chicago White Sox, The Minnesota Twins, The Detroit Tigers and The Boston Red Sox are all locked in this intense competition.)

Later today, however, the possibility of a four way tie is eliminated as both the Minnesota Twins and The Boston Red Sox lose their games.  This leaves Minnesota with a record of 91-69 and The Red Sox with a record of 90-70.  The only two games remaining for these two teams are against each other. 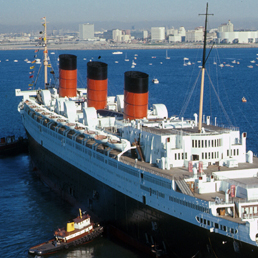 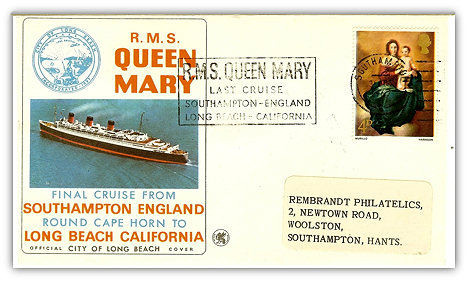 Tonight's edition of The Hollywood Palace is hosted by Sammy Davis, Jr., who performs "That Old Black Magic", "After Today" and "At The Crossroads" along with a medley of "songs about cities" with his guests Diana Ross and the Supremes.  Diana and the girls also sing "Reflections" and "The Lady Is A Tramp".  And Raquel Welch is on hand to sing the Cher hit "Bang Bang".

Hot products of the day ... 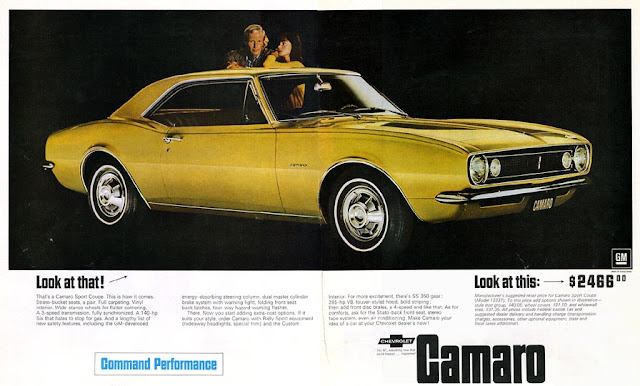 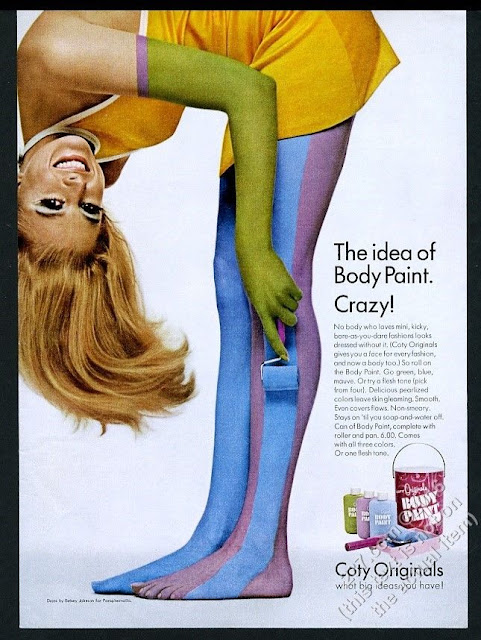 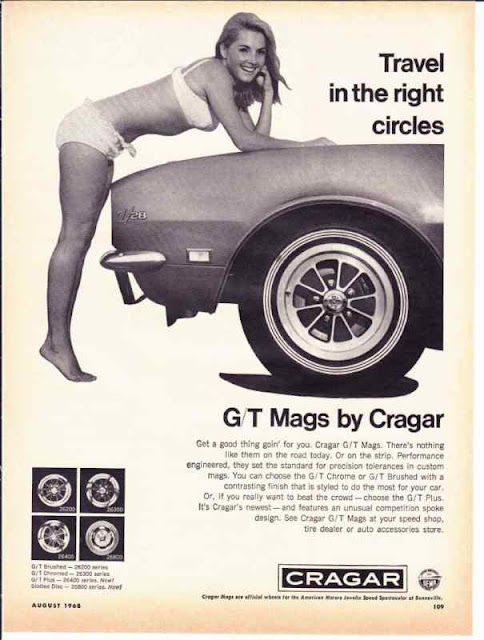 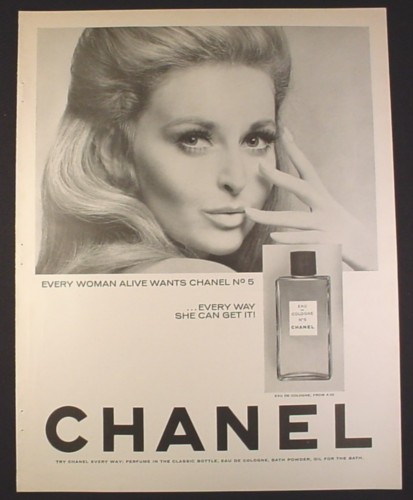 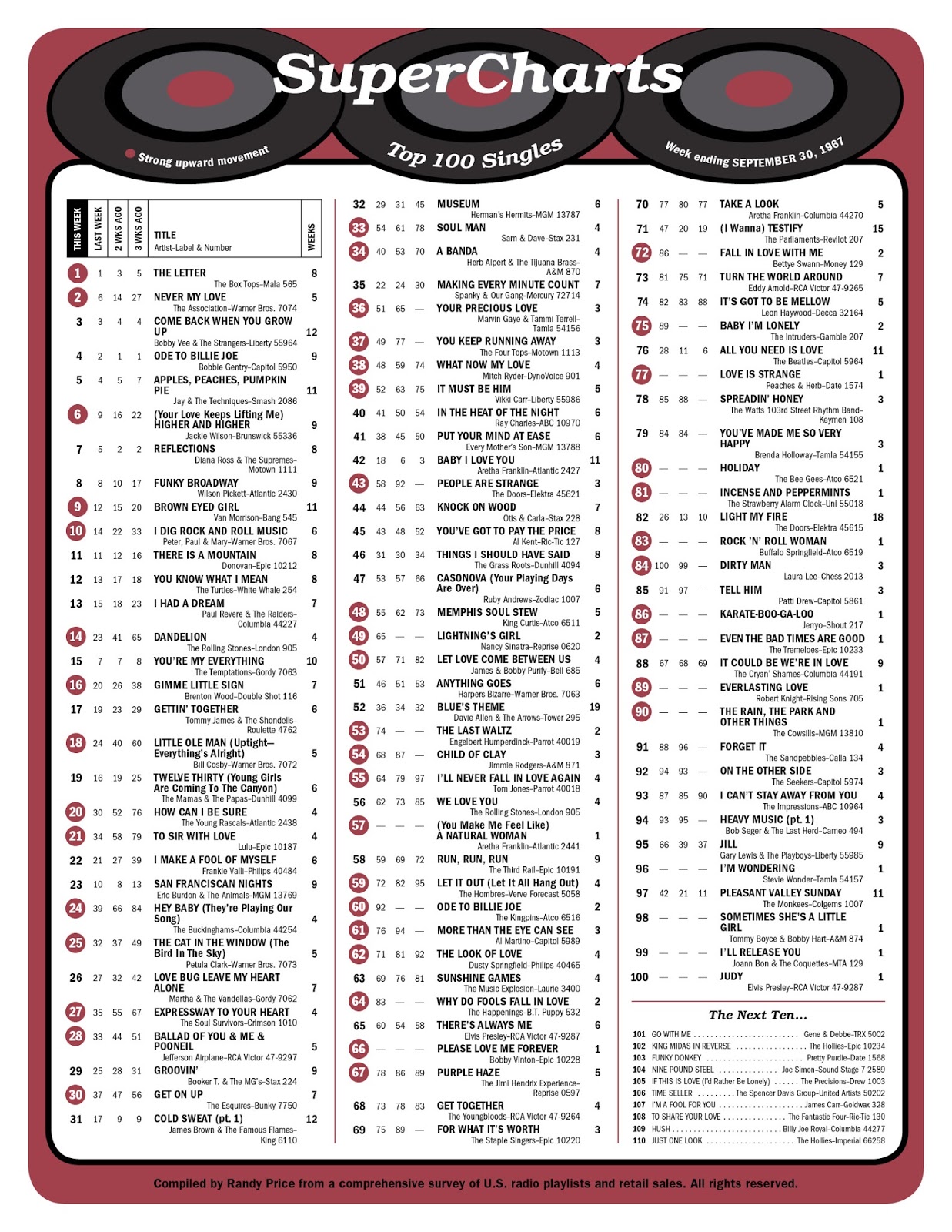 "The Letter" by The Box Tops holds on to the #1 spot on the chart as "Never My Love" by The Association jumps from #6 to #2.  The rest of the Top Five hold steady from the week before.  "Higher And Higher" by Jackie Wilson is up from #9 to #6 and "Brown Eyed Girl" by Van Morrison and "I Dig Rock And Roll Music" by Peter, Paul and Mary enter The Top Ten for the first time at numbers 9 and 10 respectively.

The Beatles begin recording "The Fool On The Hill" for the "Magical Mystery Tour" soundtrack.  They also hold on to the top spot on this week's album chart, as "Sgt. Pepper's Lonely Hearts Club Band" notches up its 14th week at #1.