Ironically, last year I had suggested to Jim Peterik that Tony would make the PERFECT surprise guest for one of his World Stage shows.  (In fact, Lewis had appeared at The Arcada Theatre as part of an all ‘80’s show just a few months before … unfortunately, I had to miss that concert due to a prior commitment … so now I’ll never have the chance to see him.)

No official cause of death has been released, other than to say that he died “suddenly and unexpectedly.”  He had a great voice (in a Sting / Police sort of way) and “Your Love” still gets a TON of airplay on all of the Hot Hits and Classic Rock stations. It earned enough votes to finish at #388 in our recent list of The Top 3333 Most Essential Classic Rock Songs Of All Time.  (kk)

Spencer Davis was the next to go … he died on Monday (10/19) due to complications from pneumonia.  (He had already been hospitalized.)

Although he led The Spencer Davis Group, the stand-out star of this band was a VERY young Stevie Winwood, who helped propel the rock classic “Gimme Some Lovin’” (which he also wrote) to #5 in 1967.  “I’m A Man” (another Winwood composition) went to #8 that same year and one of MY favorites, “Somebody Help Me” reached #45.

Prior to forming his own combo, he had played with future Rolling Stone Bill Wyman and Christine Perfect, who would change her name to McVie when she married into Fleetwood Mac!

Winwood was only fifteen years old when he and his brother Muff were recruited to form The Spencer Davis Group.  Stevie left in late 1967 to form Traffic and was also later a member of Blind Faith (with Eric Clapton) prior to launching his own solo career.  (He has two #1 Hits as a solo artist)  kk

A few words about working with the Spencer Davis Group …

I was very saddened this morning to hear of the passing of Spence, “THE Professor.”  I was 18 years old when I met him for the first time. I was beginning my professional career as a saxophonist and flutist and was fortunate enough to become a founding member of the SOUL MACHINE.

SOUL MACHINE was an extremely popular horn driven R&B band based out of Chicago from 1968-1971. We worked throughout the Midwest constantly. We were headlining at the Cellar in Arlington Heights in 1968, and Paul Sampson (the owner of the Cellar) burst into the dressing room and said that the Spencer Davis Group was passing through town and wanted to play a set that night, and would we mind sharing the stage with them. (You have to understand, it was a different time. There was no posturing back then. The more the merrier.)

Young bands just wanted to meet other young bands and play music. The fact that they had a couple of hit records didn’t really matter, certainly not to us. We just worked the week before with Strawberry Alarm Clock.  (Who???)

While we were playing our set, we could see some commotion behind the stage and a few pieces of equipment were being carried in from the loading dock … I guess they were here. Our set ended, they moved in their rigs and were getting ready to go.

Spence had heard much of our set and was extremely impressed, especially with our horn section (and it was a” hot section.”)  He asked us if our horn section would be able to replicate the Hammond B3 parts that Stevie Winwood had played on the original records for I’m a Man and Gimme’ Some Lovin’ …

Found out later that Stevie Winwood and his brother had left the band a few months prior and Stevie had founded TRAFFIC.

Spence’s Group started playing some heavy, dirty blues tunes while we were in the little dressing room working on our horn parts. Near the end of their set, he said some very nice things about our band, British accent and all, and then re-introduced our horn section and explained what we were going to do.

He immediately kicks off Gimme Some Lovin’ … our horn section comes in screaming the organ riff while parting the hair of all the kids in the first twenty rows. The place went wild. Move on to I’m a Man. The show ends. The kids are exhausted but have to be out the door by 11:30 curfew.

The Cellar empties, just the SOUL MACHINE guys and Spence’s group are left in the club. Paul Sampson sits down with us, convinces us that we need to move some dates around, and we wind up doing several dates around the Midwest together with Spence. This has to be showcased.

SOUL MACHINE personnel went on to play and tour with Lou Reed, Pacific Gas and Electric Co, Wayne Cochran, the Temptations, the Four Tops, Stevie Wonder and hundreds more. The Spencer Davis Group that night included Ray Fenwick, Dee Murray, and Nigel Olsson … (does Elton John ring a bell?) Were these the same guys smoking “dubes” in the dressing room?

Playing with these guys was a trip. Their British wit kept us in stitches. Their British notoriety introduced us to “real groupies,” but through it all, Spencer Davis was a true gentleman … a wonderful conversationalist, a wise businessman, and true pro … his nickname was “the PROFESSOR.”

Thank you for convincing me at a very early age that there was room for a sax player in Rock and Roll!

EXCELLENT piece, Quent … thanks so much for sharing it!

Hope you’re holding up well during all this on-going craziness.  Can’t wait till we can start going to live shows again.

Great to hear from you, too. Staying well.

I’ve actually been pretty busy. I’ve been in and out of the studio a bit, working on a number of tracks for several bands, both playing and writing horn arrangements.

Mike Flynn and I are still writing songs, some rock stuff, but I have recently been working on a few tunes for musicals and /or movie tracks. It’s a new area for me, but I love writing nice melodies. Still experimenting with the lyric side of things, but getting better at it. Working with top notch female vocalists has really been a kick, too.

Live playing is non-existent for larger ensembles, but I did play “live” on two videos this summer for Ravinia TV . One was a new tune that won major awards, written by Mike Flynn and Kevin Pollack called HOLIDAY (I think that was on program #3 ). Then I got a call a few weeks back to put together a traditional blues band for the dedication of the Kohl Kaplan Fountain on the Ravinia grounds … I called on the Flynn Brothers to help me round out a nice quintet of seasoned blues players. I think that one will air within the next week or so.

Still, there is nothing like playing “live”. Can’t wait for things to open up.

Mike and I keep finding old gems that never made it on to our Mauds albums … Man, that was a funky band ... lots of fun.  It’s hard to believe that that band was together, same personnel, for over tne years. Jimy was a gem, a great friend.

The Dino’s lost about six or seven shows due to the pandemic, I’m sure those will be rescheduled.

We lost a lot of great music over the years, didn’t we?

AM radio “hits” in the mid-‘60’s were driven by 15 year old girls … and it wasn’t until FM in the ‘70’s that guys finally started putting their two cents in and people were starting to notice Zeppelin , Hendrix, Chicago and many other progressive rockers.

Hang in there, my friend. If our bodies hold out, the best is yet to come.

King Crimson vocalist – 2001 solo hit “How Wonderful You Are” 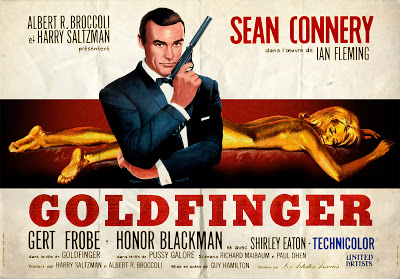 In addition to being the poster girl model and one of the Bond Girls in the movie “Goldfinger,” Margaret also had a memorable scene in The Beatles’ first film, “A Hard Day’s Night!”

And while we're on the subject of heartbreaking losses, it was five years ago this week (October 20th, 2015) that we lost Cory Wells, one of the lead singers of Three Dog Night.  I can tell you from personal experience that his voice was every bit as amazing there at the end as it was during the peak of his career … just an AMAZING singer who helped propel Three Dog Night to the #1 Act in the World in 1971.  He is missed.  (kk)

Most are already available for viewing now …

But are presented more for historical purposes.

All are the full-length performances as they originally aired.

I guess we were a little ahead of the curve on our recent announcement of the upcoming “McCartney III” album (coming in December) … and the Jerry Lee Lewis Birthday Concert featuring a Who’s Who of side musicians.  (For some reason, the rest of the world seemed to catch up on Wednesday and we got TONS of emails from readers telling us about these two very exciting upcoming events …

But we had already told YOU about them on TUESDAY and, in the case of the Jerry Lee thing, as long ago as LAST FRIDAY!!!)

But this time around we were DEFINTELY one of the firsts!!!  (kk)

And now we’re getting a jump on Halloween …

While working on our Favorite TV Themes project, I ran across this interesting item …

(That in and of itself is scary enough … but hey, with Halloween only a week away, I figured why not go for broke with this one!  Lol)  kk