What would music be without them?!?!?

Be sure to listen to Phil's THOSE WERE THE DAYS radio program tonight on WRCO ... WRCO AM FM Radio Richland Center Wisconsin

Today we feature three one hit wonders.  Each one from a different decade.
The first was a big record in various parts of the country.  It hit number 20 in Billboard magazine in 1959 for Rod Bernard.
Rod was involved in radio before and shortly after his record.  He joined me on my show in 1999 during the 40th anniversary of his only hit.
Our next one hit wonder hit the charts in 1966.
A group of teens from San Jose, California, known as the Count Five took a record to number 5 in Billboard.
Lead singer Kenn Elner joined me on the show in 1997 to talk about Psychotic Reaction.
One of my favorite pictures of Count Five from back in the day ... (kk) 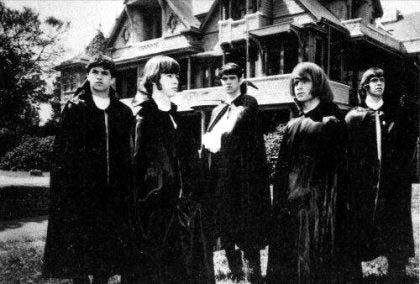 Our last one hit wonder today is from 1970.  It was a group out of Tampa,
Florida.
Mike Pinera who later played with Iron Butterfly and released some solo albums, joined me in 1994 on WRCO.  He told me the amazing story of a group that he was a part of called Blues Image and how a song called Ride, Captain Ride came to be.
Posted by Kent Kotal at 6:00 AM

Our monthly Monkees post from Gary Strobl covers a tune this time around that absolutely should have been a MUCH bigger hit than it was ... perhaps even a comeback record of sorts for the band ...

Instead, with their television series now off the air for over a year ... and the group down to just a trio (Peter Tork left after filming their "33 1/3 Revolutions Per Monkee" television special, another critical flop), the single never rose above #57 on the pop charts (#63 in Billboard)

That's a shame ... as it has since grown in cult stature as one of the best tracks they ever did.

"Someday Man," a typical-sounding Davy Jones lead vocal, was the intended A-Side of the record ...

But it was Michael Nesmith's "Listen To The Band," delegated to the B-Side, that rightfully claimed the spotlight ...

And it just may show The Monkees at their rockin' best. 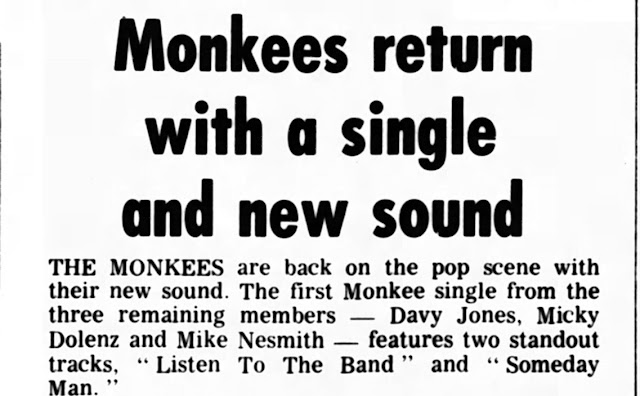 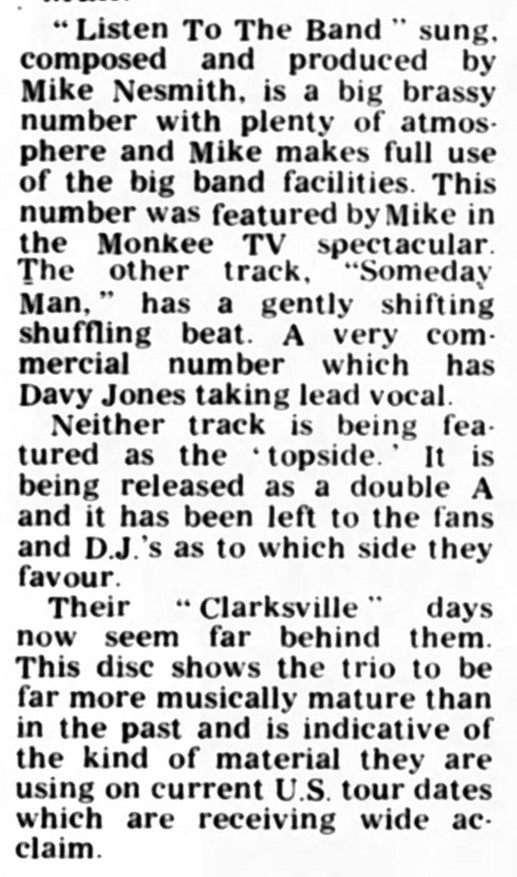 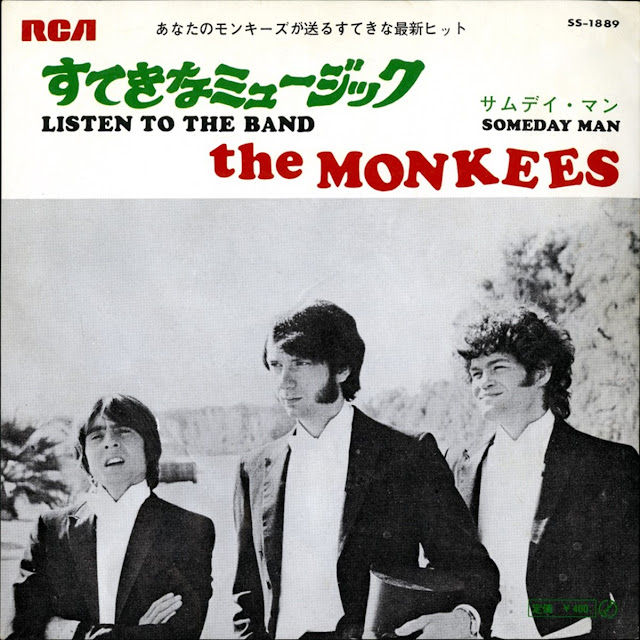 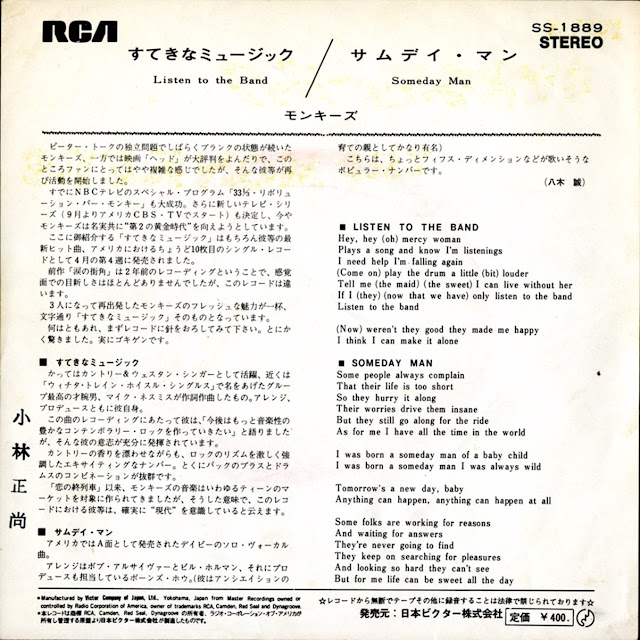 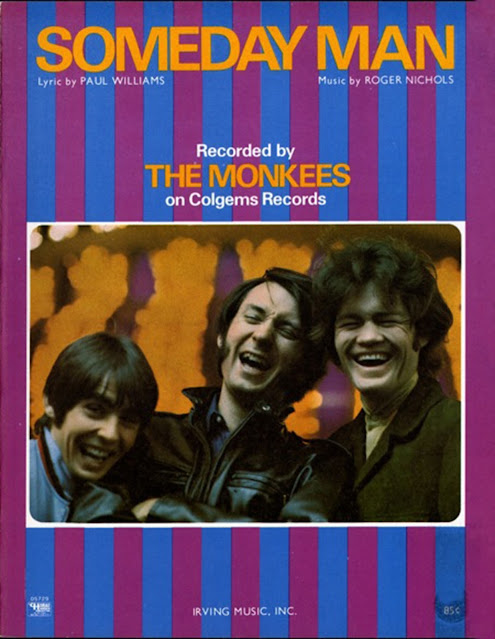