This is the final weekend to get your votes in for your All-Time Favorite TV Themes ...

Me-TV-FM will be playing TV Themes all weekend long ...

(You can listen live here:  https://www.radio.com/metvfmmke/listen#.W6oi2vZRfcs)

And then over the weekend of November 21st and 22nd, we'll be counting down Your Top 50 Favorites (along with a WHOLE bunch of extras!)

Listen to Me-TV-FM this weekend for more suggestions and reminders ...

And then be sure to get YOUR votes in NOW!!!

On This Date in 1970:  November 7th – Mike Curb, President of MGM Records, announces that the company is dropping eighteen acts from its roster in an effort to put an end to artists who “exploit and promote hard drugs through music.”  As a result, Connie Francis and The Cowsills find their contracts severed with the label … who chooses to keep Eric Burdon on board.

(Am I the only one thinking that Curb had things COMPLETELY backwards with this decision?!?!?)
Posted by Kent Kotal at 6:00 AM

Beginning at 7 pm Central time tonight, Me-TV-FM will be presenting their first-ever TV Themes Weekend, featuring dozens and dozens and dozens of TV Theme Song Favorites throughout the weekend.  (Their special broadcast will end at Midnight on Sunday … which is exactly the same time our polls will close.)

[You can listen live here:  https://www.radio.com/metvfmmke/listen#.W6oi2vZRfcs]

So be sure to tune in throughout the weekend to hear some of your all-time favorites.  (And remember … you can continue to vote up till midnight Sunday night.)  kk

I am sending you a link to the Private Eye TV show that only got one vote, mine. The show was on after Miami Vice and only lasted 13 episodes, but the music by Joe Jackson stands up to any other TV theme.  Enjoy!

Actually, it currently has FOUR votes.  (See below for further explanation as to how this is possible.)

It’s not a bad theme … and I had never heard it before.

Unfortunately, it is NOT on the final ballot, so no amount of voting is going to help it now.  (kk)

Along the way, people continued to vote for some of the titles NOT on the ballot ...

So the majority of the themes that only had one vote now have more.

We even received nearly two dozen "write in" votes ...

Some were very obvious omissions from the first list, simply because nobody had ever nominated them during that two week process.

(We'll be featuring a few of these during our final countdown, the weekend of November 21st and 22nd … and I think that you’ll be surprised by some of the GREAT themes you missed, a few of which may have even made The Top 100, had they only been nominated in time.)

However, NONE of these titles will make The Top 50 ...

Or even The Top 213 because they were NOT on the Final Ballot ...

And those are the only votes being counted that will determine the final tally.

We are, however, continuing to count those votes as part of the final tally when it comes to the total number of votes received, which just passed 22,000 last night.

As I type this, only 33 titles remain on the list with one solitary vote:

The Abbott and Costello Show

All Creatures Great And Small

The Ghost And Mrs. Muir

Land of the Giants

The Life And Times of Grizzly Adams

Man In A Suitcase

Nanny and the Professor

(Now I will freely admit that I've never even heard of at least half a dozen of these titles ...

And may have only seen a few episodes of half a dozen others ...

The rest were never even on my radar!)

Now you can continue to vote for those titles if you're so inclined ... but in effect you're just wasting a vote, as NONE of these themes will be considered for the final list when we unveil it the weekend of November 21st and 22nd.  Your time would be better spent sticking to the Final Ballot as it stands, where you'll get to see some of your all-time favorites duly recognized in our final countdown.

Only ONE title that earned the required ten votes to make the final ballot STILL only has those ten votes ... and that distinction belongs to the theme from Mighty Mouse.  (C’mon … somebody out there PLEASE vote for this song!!!  Where’s Andy Kaufman when you really need him?!?!)  Allof the others have continued to receive another vote or two ... or seven.  As such, there are currently TWO titles with 11 votes each ... and five with 12.

Meanwhile, at the top of the list, we just had our first TV Theme crack the 500 Votes barrier.  There are now three titles with over 400 votes (and two more closing in on that figure that'll probably make it!)  Eight themes have earned over 300 votes and 19 others have received 200 votes or more.  (That accounts for 31 of your Top 50 right there!!!)

Me-TV-FM will be playing TV Themes all weekend long, beginning at 7 pm on Friday Night (11/7) and continuing straight on thru till midnight on Sunday (11/9).

Our polls will also close at midnight on Sunday ... so you've still got a few days left to cast your final ballots.

As I type this, we STILL don't know who won yesterday's Presidential Election ...

"We'll have to wait till ALL the votes are counted."

I don't know that anybody expected it to be this close ...

But odds are we won't know anything FOR SURE until later in the day ...

Although some are saying it could be days ... or even a week!

(Boy, they sure know how to count the votes faster on American Idol!!!)

That uncertainty allows the stress and anxiety to continue for at least a little while longer.

However, there are TWO things that we DO know for certain:

1 - Regardless of the outcome, the results will be hotly contested for days to come by whoever comes in second

(And I've gotta tell you, I take GREAT comfort and relief in knowing this) ...

Is eloquently described below by Chuck Buell ... 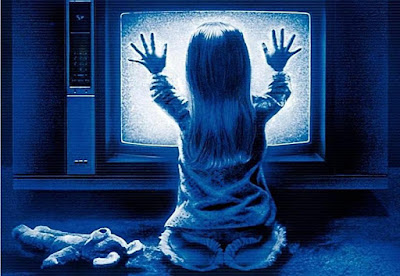 What’d I leave out?

CB ( which stands for “Commercial Boy!” )