The Monkees' scheduled appearance at Olympia Stadium in Detroit, MI, is cancelled due to rioting and an enforced curfew.  The show is rescheduled for an afternoon appearance on August 13th.

With nothing else to do, the group flies into Chicago, which is their next scheduled tour stop.  By 3:30 that afternoon they are in the studio and on the air on WLS Radio. 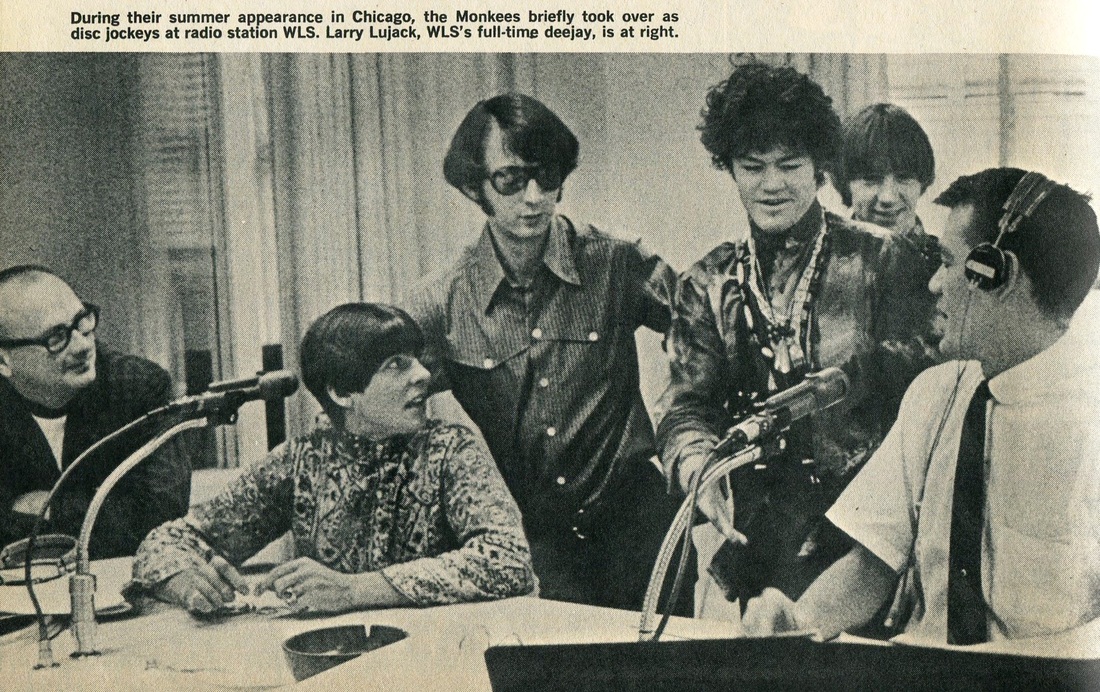 That night they hang out with members of Buffalo Springfield and The Association ... and then pay a visit to Hugh Hefner's Playboy mansion.

The Byrds appear on American Bandstand
Posted by Kent Kotal at 6:00 AM

Pirate Radio 390 (Radio Invicta) is closed down in England.

Folk heroes Simon and Garfunkel decided to put one over on all the great minds in radio with their latest release.

Back then, the general way of thinking was that in order to get your song played on the radio, you had to deliver the goods in under three minutes.  (Keep in mind the FM Revolution was still several months off in the future at this point.)

But Simon and Garfunkel couldn't capture the feel they were going to in less than three minutes ...

So instead they had the labels printed for "Fakin' It" showing the time as 2 minutes and 74 seconds. 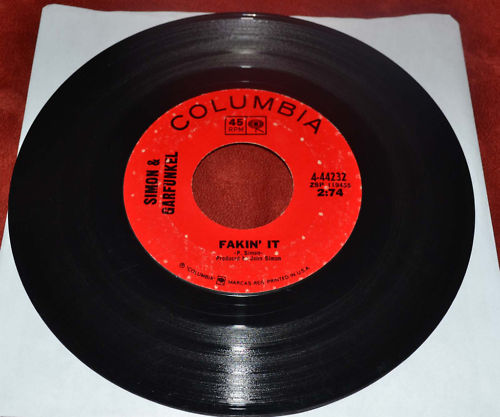 In response to all the rioting going on across his country, President Lyndon Johnson appoints the Kerner Commission to look into what may be causing all of this violence.  Later that same day, Black Militant Rap Brown says "Violence is as American as Apple Pie."  (I suppose one could reasonably argue that this way of thinking may have in some way contributed to what was going on in our country at the time.)
Posted by Kent Kotal at 6:00 AM

After major debuts last week by The Monkees and The Beatles, this week's list of premiers pales in comparison … although it IS interesting to see a song called "Lonesome Road" premiering at #78 by The Wonder Who?  This "mystery group" is none other than The Four Seasons, giving Frankie Valli THREE Top 100 Hits this week!  Also new this week is the B-Side to The Beatles' latest record … "Baby You're A Rich Man" (another one of my LEAST favorite Beatles songs ... a real shame, coming during such an incredibly fruitful period of music!) premiers at #80.  (I remember reading years later of Paul explaining this song this song as being written very much in the same method of "A Day In the Life", where each he and John had two completely separate songs started that they just decided to combine into one.  I'm sorry ... but THIS one ... and "A Day In The Life" ... are LIGHT YEARS apart in the way of comparison!!!)

To give you some idea as to how diverse the music scene was back in July of 1967, other new records on the chart this week belong to Roy Orbison, The Seeds, The Tokens, Simon and Garfunkel, The Temptations,  The Four Tops, Dionne Warwick, Andy Williams, Booker T and the MG's, and duets by Nino Tempo and April Stevens and David Houston and Tammy Wynette!

A quick check of the local scene ...

Check out "Words", showing as the A-Side, as The Monkees jump from #13 to #2 with their latest two-sided hit, "Words" / "Pleasant Valley Sunday". 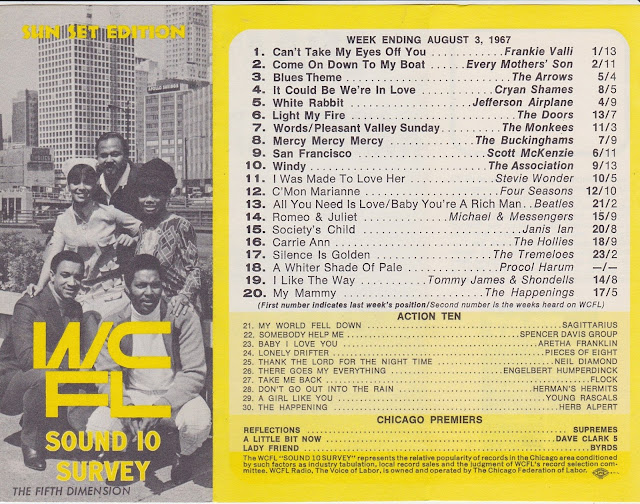 Meanwhile, our FH Buddy Davie Allan has a HUGE hit here in Chicago with "Blues' Theme". 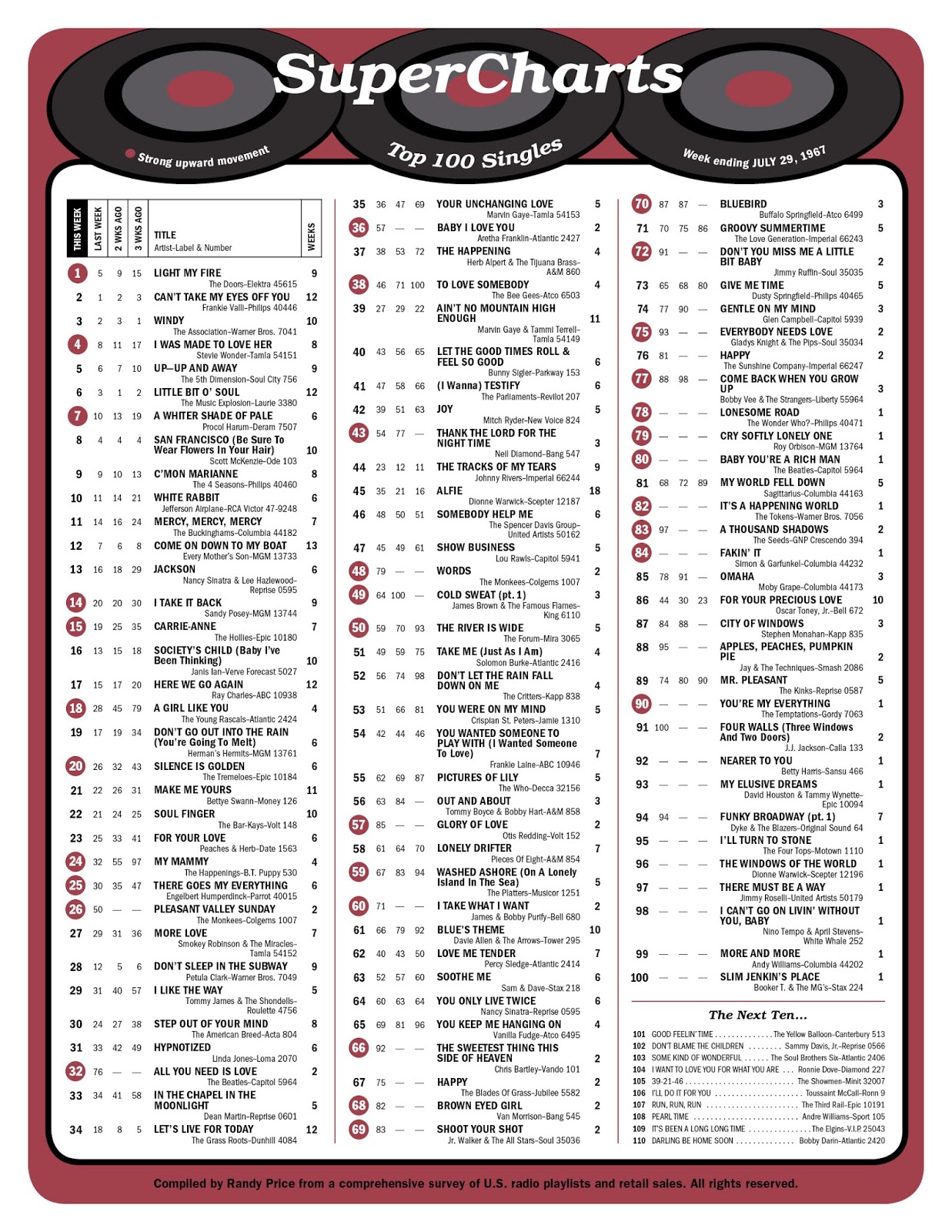 There's only one new song in The Top Ten this week as "White Rabbit" by The Jefferson Airplane inches up from #11 to #10.  There is definitely a "San Francisco feel" to the chart, however, as The Doors move into the #1 spot (up from #5) with "Light My Fire" and Scott McKenzie's "Summer of Love" Anthem "San Francisco" hangs on at #8 after three straight weeks at #4.  "Can't Take My Eyes Off You" by Frankie Valli slips to #2 and "Windy" by The Association falls to #3.  Rounding out The Top Ten are "Up Up And Away" by The Fifth Dimension (#5), "Little Bit O'Soul" by The Music Explosion (#6), "A Whiter Shade Of Pale" by Procol Harum (up three spots from #10 to #7) and "C'mon Marianne" by The Four Seasons, which holds at #9.

In a London Times advertisement, The Beatles (along with Brian Epstein and several other British groups) urge the British Government to legalize marijuana.  (All four signatures are on the petition). 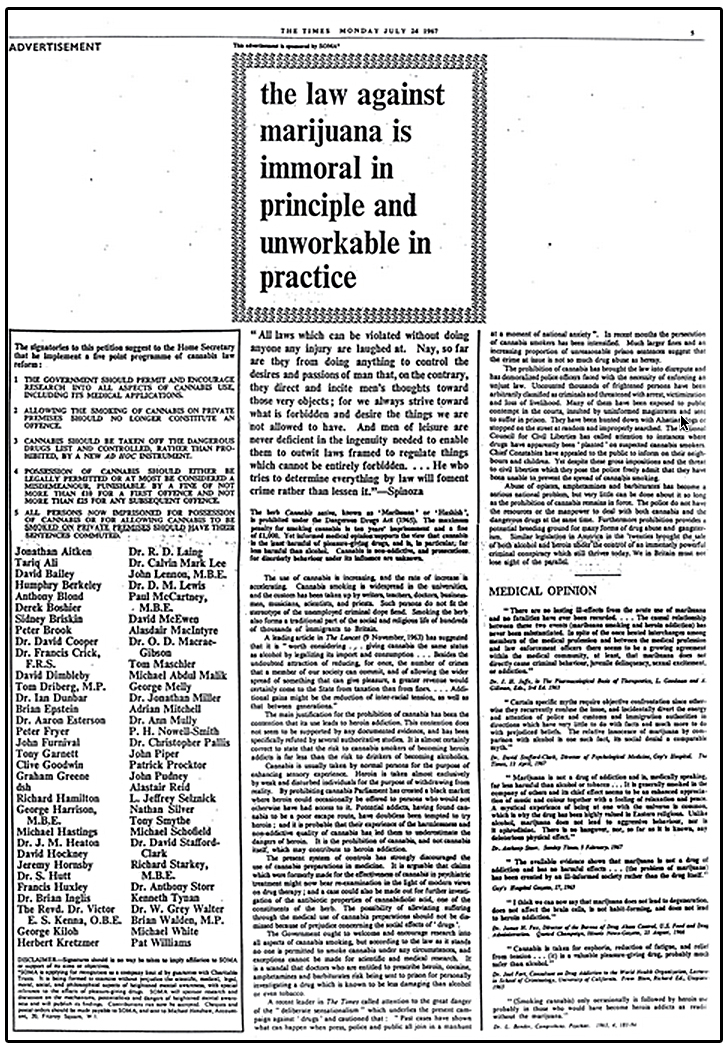 Speaking of The Beatles, the #1 Album, once again, is "Sgt. Pepper's Lonely Hearts Club Band".

And, speaking of albums, The Jefferson Airplane's "Surrealistic Pillow" is certified gold today.  It contains their two recent Top Ten Hits, "Somebody To Love" and "White Rabbit".  And The Yardbirds released their final album, "Little Games" today as well. 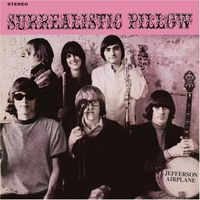 On-going Detroit riots forced the postponement of a Major League Baseball Game between The Detroit Tigers and the Baltimore Orioles.  Meanwhile, race riots broke out in Cambridge, Maryland, as well.

Also on this date in 1967, The City of Milwaukee staged an exhibition game between The Chicago White Sox and The Minnesota Twins at County Stadium in an effort to prove that Milwaukee was still a viable home for Major League Baseball.  (They had lost their beloved Braves to Atlanta two years earlier.)

Forgotten Hits Reader Robert Campbell sent in this article celebrating the 50th Anniversary ... http://www.jsonline.com/story/life/green-sheet/2017/07/18/when-milwaukee-auditioned-return-big-leagues-1967/471987001/ ... which explains that over 51,000 fans showed up, proving that the city was still starving for Major League Baseball Action.

Playing to the crowd, The White Sox started Pitcher Don McMahon, who was a rookie sensation for The Milwaukee Braves in 1957 (although he was now primarily used as a reliever.)  Sox Manager Eddie Stanky played for the minor league Milwaukee Brewers in 1942 and Minnesota Twins Coach Billy Martin also played briefly for The Braves in 1961.

The White Sox were so impressed with the turn-out that they promised to play ten of their home games at County Stadium in 1968.  When expansion was still denied that year, The Sox returned for eleven more games in 1969.

Finally, just days before the start of the 1970 season, expansion team The Seattle Pilots filed for bankruptcy ... and Milwaukee jumped in to claim that team as The Brewers ... ironically, five future Brewers players (Rod Carew, Rich Rollins, Sandy Valdespino, Ken Berry and Jerry McNertney as well as future manager Cal Ermer) played in that 1967 Exhibition Game.  Major League Baseball would return to Milwaukee ... and it's been there ever since.
(By the way, The Brewers went to the World Series just twelve years later.  County Stadium attendance for 1982 was just under two million ... yes, Milwaukee fans love their baseball!)

French President General Charles de Gaulle shouted "Vive le Quebec libre" (long live free Quebec!) from the balcony of Montreal's City Hall.  This was viewed as a serious breach of protocol and sparked Canadian Prime Minister Lester B. Pearson to protest the remark.  (The phrase had been used by those who favored Quebec sovereignty and de Gaulle's use of it was seen as his lending support to the movement.)  Two days later, in what can only be seen as a diplomatic debacle, de Gaulle abruptly cancelled his visit to Ottawa and returned to France. 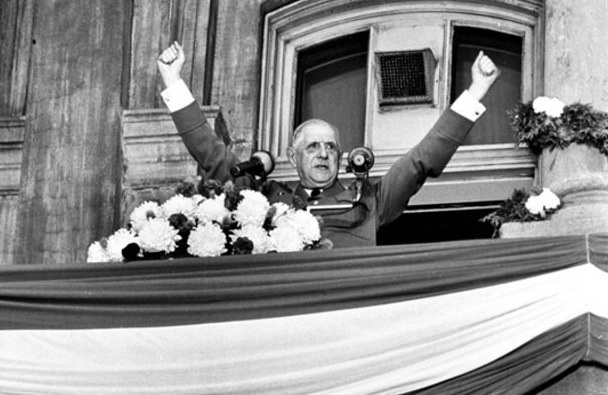 Five days of racial riots begins in Detroit, leaving 43 dead (including one policeman, two firefighters and one National Guardsman), nearly 1200 injured and close to 500 families homeless in its wake.

President Lyndon Johnson sent 4700 paratroopers and Governor George Romney called in 800 additional police officers and 7000 National Guardsmen to restore peace to the area.  It is deemed to be the worse riot in US history.

By the time it was all over there were more than 7200 arrests, nearly 450 fires and over 2000 buildings looted, burned, damaged or destroyed.  Dollar value at the time ranged from $40 - $80 million.   (I think people sometimes tend to forget just how out of control things really were at this time.)

"The Dirty Dozen" is back on top as the biggest movie in the country this week, topping the box office for the fourth time overall (after slipping down a notch the week before) 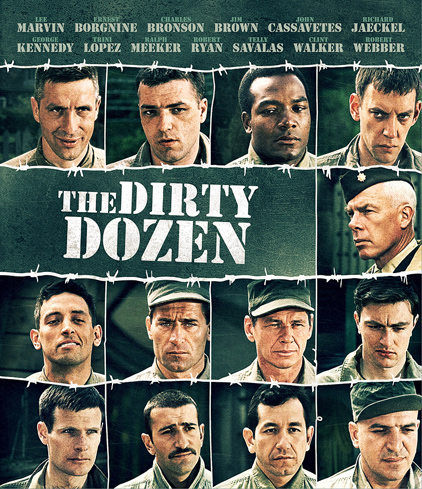 Philip Seymour Hoffman is born.
Posted by Kent Kotal at 6:00 AM