Once Upon A Time ... In Hollywood

My original intention this morning was to run a full review of the new Quentin Tarantino movie "Once Upon A Time ... In Hollywood" ... but schedule-wise, I never had the time needed to do so.

Fortunately, two of our Forgotten Hits Readers DID send in THEIR reviews this week ... so I am now able to lead with those and then just offer some brief commentary of my own at the end of this piece.

Going in, you need to know two things ...

#1 - You're about to read some somewhat "mixed reviews" here ... but to me, that's one of the cool things about doing it this way.

And "B" (I just LOVE when people do it this way), you're going to find some SPOILERS ... so if you haven't seen the movie yet (or simply don't want to know), please be advised.  (I will run a SPOILER ALERT headline where they appear so that at least you have the option to divert your eyes and skip over them.)

The Ides Of March 55th Anniversary Party ... And An Introduction To Colin Peterik's Brand New Band, The Brooklyn Charmers

Our Rock And Roll Weekend continued on Sunday, July 28th, when we attended a very special "By Invitation Only" party thrown by Jim, Karen and Colin Peterik at The Jam Lab celebrating:

A) The 55th Anniversary of The Ides Of March

C) The live, video shoot for the very first single from the brand new CD, "Friends Like You" and

And what a completely fun-filled, exciting day it turned out to be.

First up, the video shoot.

The new Ides single is phenomenal ... give this thing a shot with a little bit of airplay and they've got a hit on their hands. 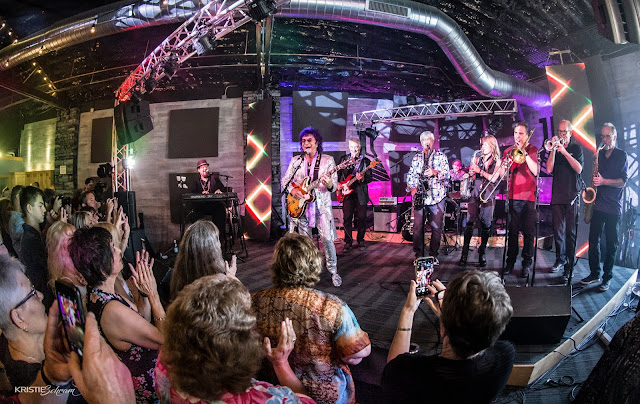 Featuring the incredible Mindi Abair wailing away on saxophone, this things rocks along at a real, feel-good pace ... great vocals and great instrumentation throughout.  (I'd love to play it for you right now but since the CD doesn't officially get released until August 16th, I hesitate to do so.)  However, the moment the video is released, you can be guaranteed seeing it here in Forgotten Hits.  (In fact, depending on the final edit, you may even see me and Frannie IN the video!!!)

It was done as a live-action shoot, with the full band playing along live to the pre-recorded track, with lots of groove dancing by Mindi and Jim ... as well as the entire group of spectators surrounding the stage. 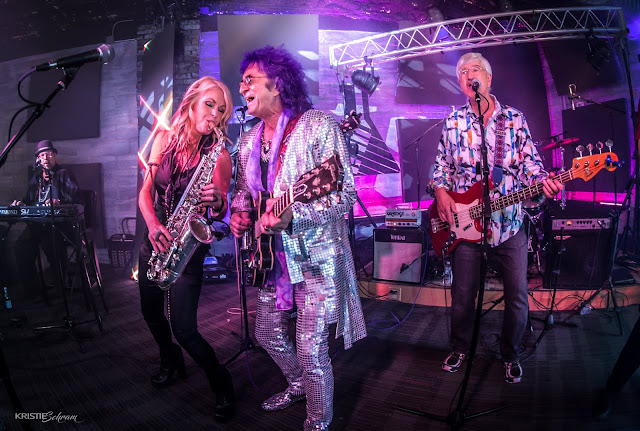 As you can see, Jim is in full metal jacket (or would that be full silver metallic attire, from head to toe) ... we were at the ELO concert the night before and didn't see this much glare and glitter in their entire laser light show!

After a second run through (Jim asked for a bottle of water between takes ... and I half expected to hear him squeak "Oil Can") ... the crowd broke up a bit to enjoy a beautiful spread of tacos and margaritas, during which time Jim's son Colin's band set up on stage for their first-ever, live performance as a band, The Brooklyn Charmers.

The band, consisting of Colin Peterik (keyboards and vocals), Kevin Campbell (bass and vocals), Frank Minella (guitar and vocals), Sean Briskey (guitar and vocals) and Alex Zeravica (drums and percussion) have got the Steely Dan sound down.  (Look out, Deacon Blues ... there's a NEW band in town!)  They played a solid hour set of some of the most intricate jazz-infused rock you're ever going to hear.  (I've gotta say that it is just SO amazing to see this youthful group of like-minded musicians, so skilled in their craft and tackling ... and appreciating ... music of this caliper ... and then executing it with such precision.  Their first official gig will be October 12th at the Q Bar in Glendale Heights ... it's sure to be a sell-out so get your tickets early if you live in the area!)

At the end of the night, all of the guests were presented with a copy of the brand new Ides Of March 55th Anniversary CD ... and let me tell you, it's HOT!!! 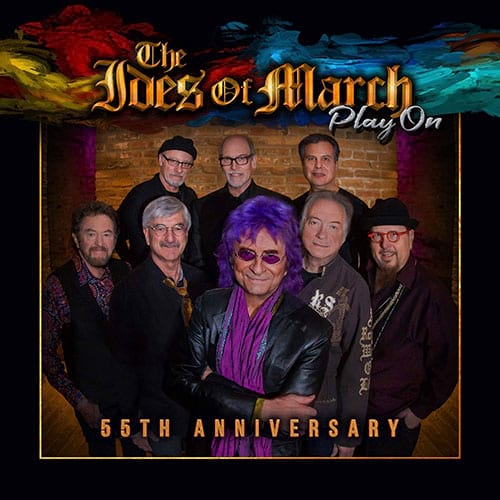 In addition to Mindi Abair (who, I must say, is not bad for a girl!), other guests include Cathy Richardson (current lead vocalist of Jefferson Starship), Bo Bice (current lead vocalist of Blood, Sweat and Tears ... and former American Idol Runner-Up), Tom Doody of The Cryan' Shames, Mark Farner (formerly of Grand Funk Railroad) and David Pack (former lead singer of Ambrosia.)  This one's a keeper!!!

And, as yet ANOTHER Forgotten Hits Exclusive, Jim has given us a few copies to give away to our loyal readers. 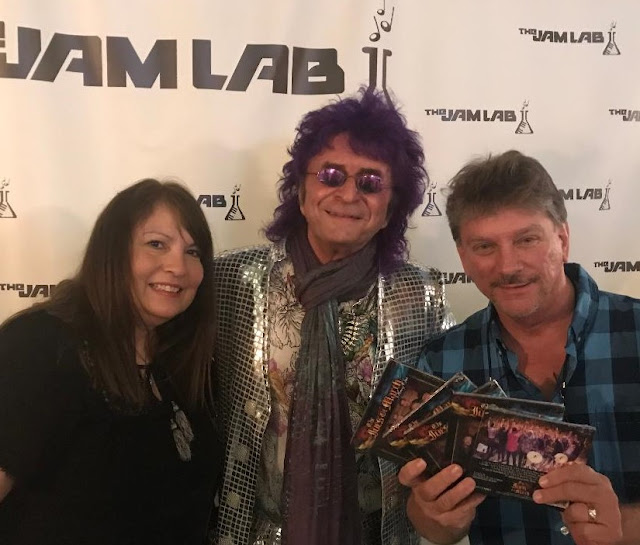 Just shoot me an email (kk@forgottenhits.com) and put IDES OF MARCH in the subject line and we'll register your name for a chance to win a copy of "Play On," the hot new Ides Of March CD release.

[Special Photo Thanks to Kristie Schram as credited, Chris May for the shots of me, Frannie and Jim, and Frannie Kotal for the shot of me and Jim, both dressed in our Sunday bests] 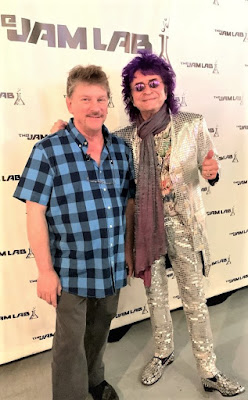 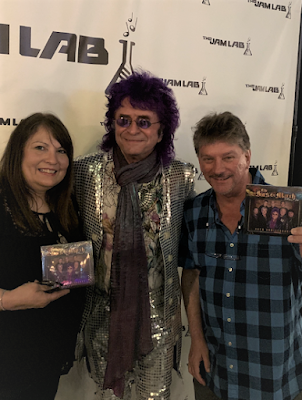 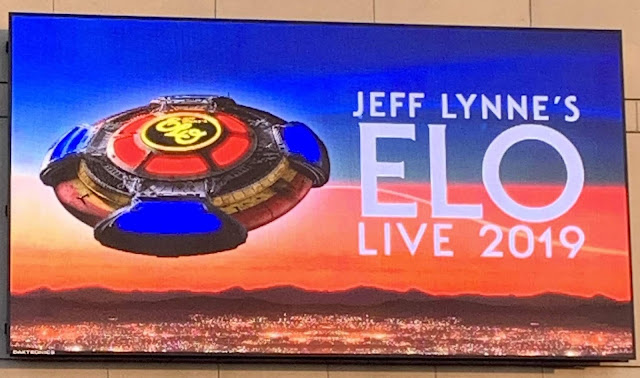 One would think that if you filled the stage with thirteen extremely talented and accomplished musicians and vocalists, you would pretty much be assured that they would be capable of producing a sound bordering on perfection ... and, in this case, you would be right ... perhaps even EXCEEDING perfection a time or two (or ten!) along the way.

Now give that same incredible mass of talent the Jeff Lynne songbook to perform and the results are nothing short of magic ... and there's nothing strange about it!!! 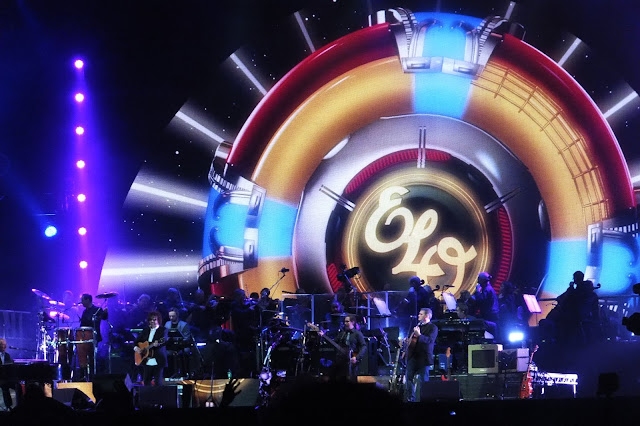 For the second year in a row (after a 35+ year hiatus), Jeff Lynne and his remarkable Electric Light Orchestra returned to the Chicago stage to perform an array of hits that were mesmerizing in every conceivable way ... sonicly ... visually ... spiritually ... and all of it precision timed to coordinate sight and sound that reached down deep to touch your mind, your heart and your soul. 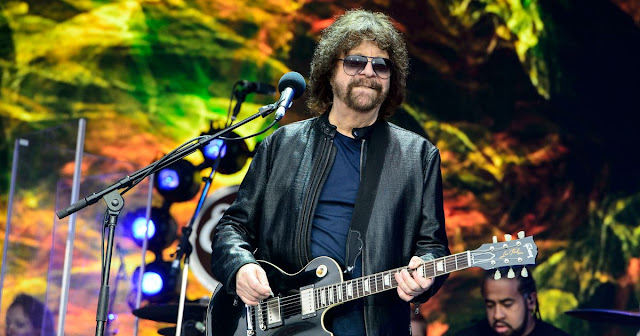 Simply put, it was nothing short of a 90-minute life-changing experience ... even if you HAD seen them the year before!

(We named Jeff Lynne's ELO our #1 Concert Experience of 2018 ... and I swear they were even better this time around ... perhaps because they're doing more dates and have had the chance to gel together a bit more ... perhaps because their own confidence has escalated, knowing that what they are producing is one-of-a-kind showmanship you just aren't going to find anywhere else.)
https://forgottenhits60s.blogspot.com/2018/08/concert-review-jeff-lynnes-elo-allstate.html

The venue this time around was The United Center ... which can be questionable on occasion when it comes to sound ... but all of the planets were perfectly aligned Saturday Night as Lynne and company took to the stage (after an opening set by George's son, Dhani Harrison) and blew us away, song after song.  (We opted for mezzanine seats rather than main floor for this show and were glad that we did ... those folks on the floor didn't sit down for one song during ELO's 90 minute set!  Meanwhile, we had a perfect view from our vantage point and only felt obliged to stand for the necessary ovations the group deserved throughout the night.)

Other than "Strange Magic" (and, thankfully, no "Xanadu" this time around) the set featured some of the biggest hits of the '70's and early '80's (with a couple of new tunes sprinkled in for good measure.)  An especially emotional moment came when Dhani Harrison was brought back out on stage to perform "Handle With Care," the song his father performed with The Traveling Wilburys (which also featured Jeff Lynne, Tom Petty, Bob Dylan and Roy Orbison.)  Video footage of the supergroup played on the screen behind them as they performed a letter-perfect live version of this classic tune.  (My God ... can you imagine if The Traveling Wilburys had ever toured?!?!?)

THE COMPLETE SET LIST:
Standin' in the Rain
Evil Woman
All Over the World
Showdown
Do Ya
When I Was a Boy
Livin' Thing
Handle With Care
Rockaria!
Last Train to London
Eldorado Overture
Can't Get It Out of My Head
10538 Overture
Shine a Little Love
Wild West Hero
Sweet Talkin' Woman
Telephone Line
Don't Bring Me Down
Turn to Stone
Mr. Blue Sky
Encore:
Roll Over Beethoven

It was a remarkable show, start to finish ... and, believe it or not, after tomorrow, the U.S. Tour will already be over. (The laser light show and constant video images projecting behind them made this a sight and sound to behold.  We took some video but even as exciting as it is to watch, it doesn't do the whole experience justice.  Here's a video we found on YouTube from last year's concert in Chicago that gives you at least SOME idea as to the spectacle before you when watching a Jeff Lynne / ELO concert.):

Wow!  The Rolling Stones only took three weeks to top the WLS Hit Parade Chart with their latest release, "Honky Tonk Women."  (It went from #30 to #10 to #1!)

Johnny Cash's latest, "A Boy Named Sue," seems poised to hit the top of the chart as well ... this week it moves from #30 to #18 in its third week on the chart.

Tom Jones jumps ten places with "I'll Never Fall In Love Again" (from #35 to #25.  Ironically this record and the one by The Youngbloods at #38 ("Get Together") were both first originally released in 1967 but didn't make a dent here in Chicago.  Now all of a sudden they're some of this week's Pick Hits!

Also on this date, The Band recorded "Up On Cripple Creek" in New York ... and Aretha Franklin is arrested for disorderly conduct after creating a disturbance in a Detroit parking lot.  Aretha posted $50 bail … and then ran down a road sign while leaving the police station.  (As far as I know, there were no costume changes at the police station) 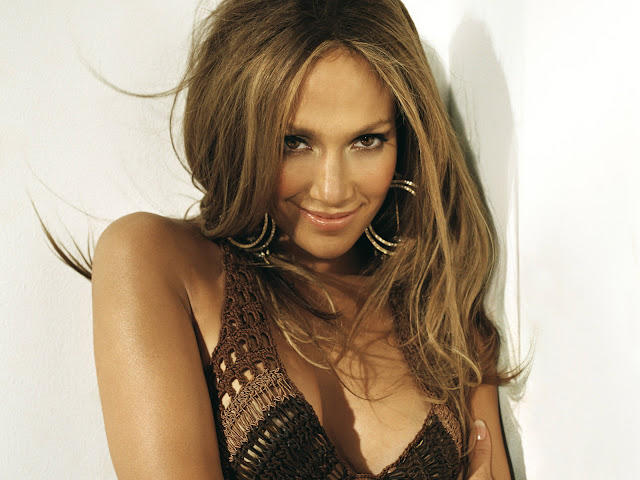 Also on this date, Paul McCartney recorded a demo of his new song "Come And Get It" to give to Apple Records' recently signed new band, The Iveys.  Paul plays all of the instruments on the demo (a practice he'll use again for his first solo LP) and it sounds nearly identical to the version that would eventually come out as a single some six months later, by which time The Iveys had changed their name to Badfinger ... and the song had been commissioned to be used on the soundtrack for "The Magic Christian" film, which starred Ringo Starr and Peter Sellers.

July 25th – Neil Young performs live with Crosby, Stills and Nash for the very first time when they played The Fillmore East in New York.  He will be a “sometime member” of the group for the next 40+ years

Also in concert that night ... Led Zeppelin in Milwaukee!

July 28th - Elvis attends Barbra Streisand's appearance at The International Hotel in Las Vegas, where his own show will open in just three days!
Posted by Kent Kotal at 6:00 AM