Paul McCartney comes up with the idea of the "Sgt. Pepper's Lonely Hearts Club Band" Reprise, which is completed in one long eleven hour session.  Having already decided that it would be impossible to follow "A Day In The Life" as the album closer, this reprise was brought in to bridge the final track, much as the lead-off track merged into "With A Little Help From My Friends".  The mono version is noticeably different than the stereo version on the reprise (and has long been my preference … as all kinds of little background, incidental bits and pieces can be heard, including McCartney's rampant screaming, not heard in the stero mix.) 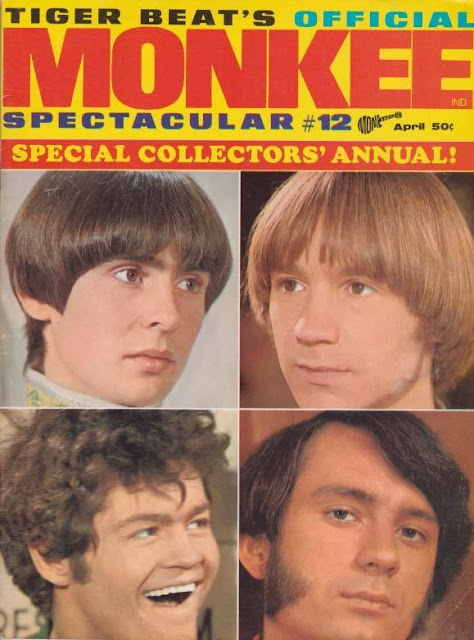 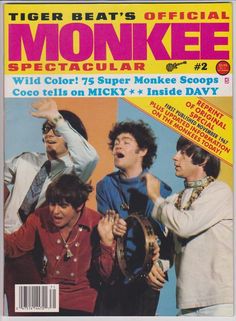 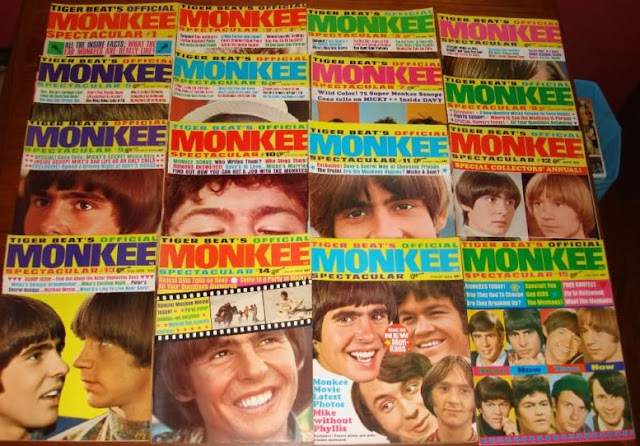 Chartered by the state of Tennessee in 1964 to collect, preserve, and publicize information and artifacts relating to the history of country music, The Country Music Hall Of Fame and Museum officially opens to the public in Nashville, Tennessee.
Posted by Kent Kotal at 6:00 AM

In a performance at The Finsbury Park Astoria Theatre in London, Jimi Hendrix suffers minor burns after setting his guitar on fire on stage for the first time.  (He ended his set with his popular tune "Fire" … and then set his guitar on fire as part of the grand finale.)  Also on the bill that night:  Cat Stevens, The Walker Brothers and current British Chart-Topper Engelbert Humperdinck!  (Now THAT'S a line-up you don't see every day!!!)


The final episode of "Where The Action Is" airs on ABC-Television. (It made household names of Paul Revere and the Raiders.)  Producer Dick Clark hosts the last show and interviews series regulars Paul Revere and the Raiders, Keith Allison, Steve Alaimo and Linda Scott, who perform "The Secret Of My Success" as the final number.  Local news will fill its timeslot beginning the following week.  However Paul Revere and Mark Lindsay would be back the following year hosting a brand new Dick Clark after school music series called "Happening '68". 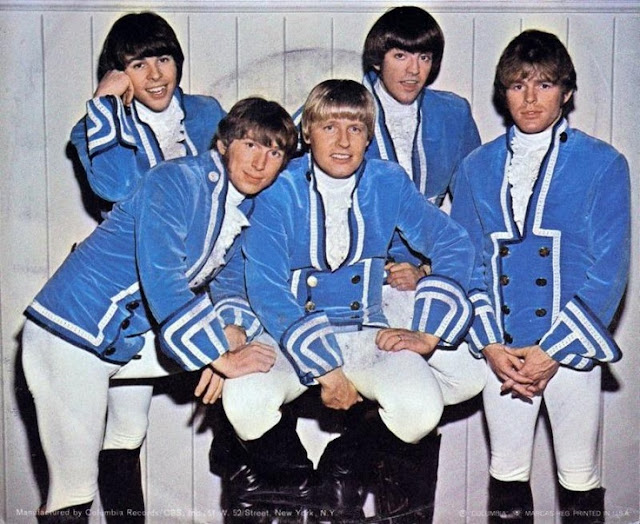 Brand new on the charts this week are Nancy Sinatra with "Love Eyes" (premiering at #69), a vocal version of "Music To Watch Girls By" by Andy Williams (it's in at #77), "You Got What It Takes" by The Dave Clark Five (the song they just performed on The Ed Sullivan Show ... and another remake that premiers at #84), "My Back Pages", a new track by The Byrds, debuting at #85 and "Alfie" by Dionne Warwick, her latest collaboration with Hal David and Burt Bacharach, which comes in at #98.   (Right behind her on this week's chart are The Yellow Balloon, whose track "Yellow Balloon" premiers at #99.  The Yellow Balloon features actor Don Grady from "My Three Sons" on drums.  The song comes from a Jan and Dean album and vocalist Alex Valdez has been a Forgotten Hits Member for years!)

The Monkees single "A Little Bit Me, A Little Bit You" / "The Girl I Knew Somewhere" is released in the UK.

Gordon Lightfoot performs at Massey Hall in Toronto, giving what will turn out to be the first of his annual appearances there.  He has made over 150 appearances at this theater since his March 31st, 1967 premier.

Locally, "Happy Together" finally reaches #1 on the WLS Chart ...

Meanwhile Larry Lujack joins WCFL doing a Midnight Show ... he will go on to become one of the most iconic jocks of our time ... Super Jock in fact! 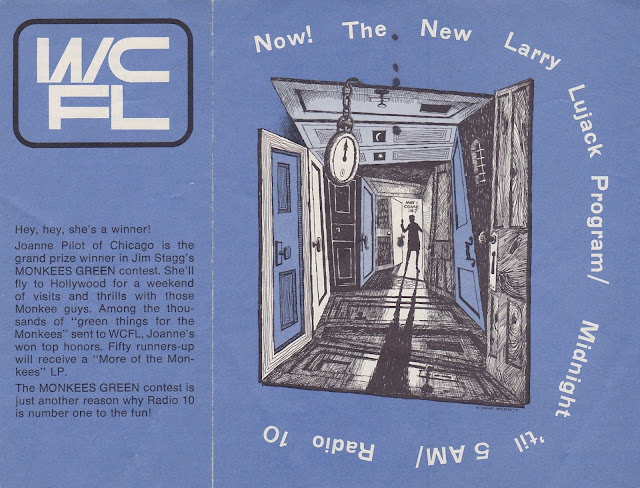 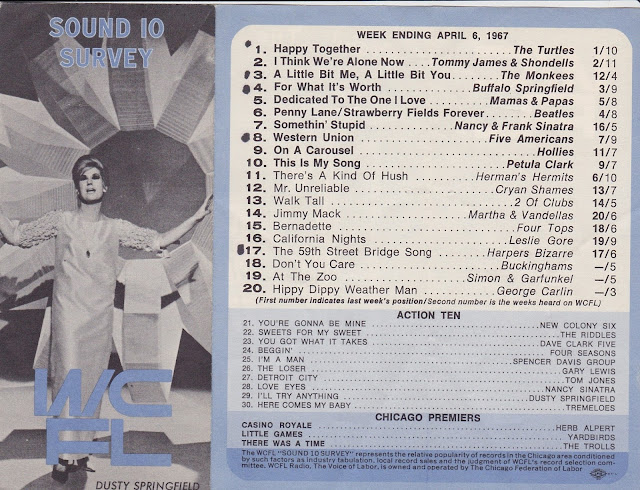 The Beatles' new album cover is photographed today by Michael Cooper (from a design by Peter Blake).

"Sgt. Pepper's Lonely Hearts Club Band" will become a landmark release that influences virtually everything recorded after it.  (Manager Brian Epstein did not like the new LP cover and at one point wrote a note to The Fab Four that simply said "Brown Paper Bags for 'Sgt. Pepper'".  Ironically, John Lennon packaged his first solo album, "Two Virgins" that way a year later.)

Each of The Beatles were allowed suggestions as to who should be depicted in the background.  Those making the cut included Actress Mae West (who later made a comment to the effect of "Me … in a Lonely Hearts Club???"), fellow musician (and collective Beatles idol) Bob Dylan, Dancer Fred Astaire, Child Actress Shirley Temple, W.C.Fields, comedian Lenny Bruce, Tony Curtis, Edgar Allan Poe, Marilyn Monroe, Laurel and Hardy, Marlon Brando, H.G. Wells, original Beatles bassist Stuart Sutcliffe, boxer Sonny Liston (a surprise after The Beatles had posed for photos with Cassius Clay prior to their heavyweight bout!), Albert Einstein, actress Marlene Dietrich, Tarzan Johnny Weissmuller and more … in fact, 61 faces in all, including Madame Tredaux wax figures of The Beatles themselves.  (Photos of Jesus Christ and Adolph Hitler were reportedly later removed from the original montage … as was Bowery Boy Leo Gorcey, who demanded a $400 fee for the use of his likeness … at which point he was airbrushed out of history!  Bowery Boy Huntz Hall was used instead ... without a fee!)

The Beatles even gave a nod to The Rolling Stones on this landmark, imaginative cover ... The Stones would repay the favor on their next LP ("Their Satanic Majesties Request"), which featured little 3-D buttons of each Beatles face. 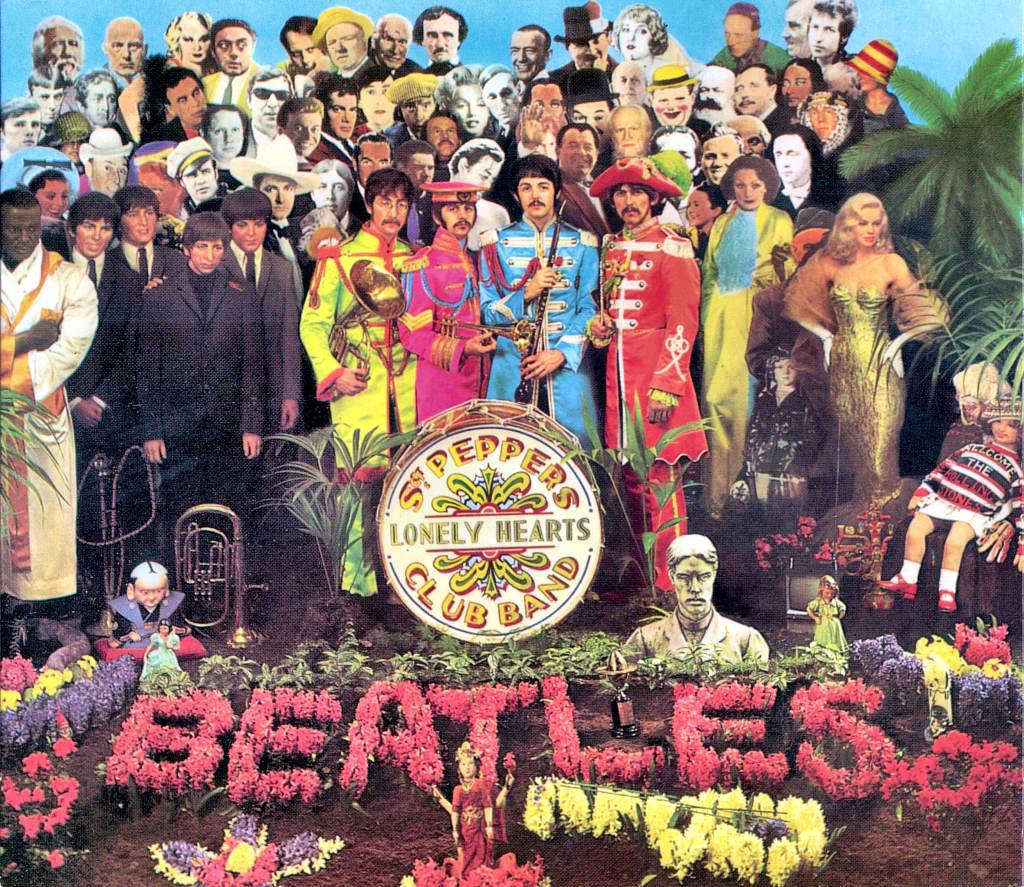 Cindy Birdsong, formerly one of Patti LaBelle's Blue-Belles, is asked to fill in for Florence Ballard of The Supremes for the first time, as Florence has missed several recent performances in New Orleans, Los Angeles and Montreal.  She will be asked to become Ballard's permanent replacement a short time later.

Herman's Hermits appear on The Dean Martin Show.  The band performs "Dandy" and then Peter Noone (as Herman) and Dean Martin have a go at "Mairzy Doats".

Tommy Roe sings "Little Miss Sunshine" and Paul Revere and the Raiders perform their brand new hit "Him Or Me - What's It Gonna Be" on "Where The Action Is".

A 13-day TV Strike begins.  It is the first strike ever for the 30-year-old AFTRA Organization (The American Federation of Television and Radio Artists) and even television's most popular artists and performers elect to participate.

The Buckinghams have THREE records on the chart this week, including the back to back hits at #43 and #44, "Don't You Care" (up 22 places from #65) and "Lawdy Miss Clawdy" (up twelve places from #56.)  Meanwhile, their former chart-topper "Kind Of A Drag" is slowly working its way down the chart, falling this week from #31 to #55.

The Turtles appear on "Where The Action Is", performing FOUR songs:  "Can I Get To Know You Better", "Almost There", "You Baby" and "Happy Together".

At the recording session held the night before, John Lennon decided that he wants to end "Good Morning, Good Morning" with animal sounds … so once again the EMI archives are scoured for pre-recorded animal sounds.  The Beatles overdub animals noises on to "Good Morning, Good Morning", officially completing that track before starting another this evening.  The new song will become another instant classic … ten takes of "With A Little Help From My Friends" are laid down tonight (including Ringo's double-tracked lead vocal).  The working title of this track was "Bad Finger Boogie" … interesting in that The Beatles would later rename The Iveys "Badfinger" after signing them to Apple Records a few years later.  Ringo refused to sing the original lyric as written "What would you do if I sang out of tune? Would you throw tomatoes at me?"  … (he didn't want to inspire any potential future audience from doing so should the boys ever perform the song in public ... they'd already been pelleted for years after mentioning once they they liked jelly-babies!) … forcing John and Paul to rewrite the line as "Would you stand up and walk out on me?", a FAR better line indeed!


Tommy Roe appears on "Where The Action Is".

A Made-For-Television movie called "Ironsides" is shown on NBC.  Based around the storyline of a wheelchair bound detective, and starring Raymond Burr, long associated with the character of Perry Mason, in the title role, the program acts as a springboard pilot to Burr's new television series of the same name, which will start airing new episodes in September of this year.  It will run on NBC for a total of eight seasons. 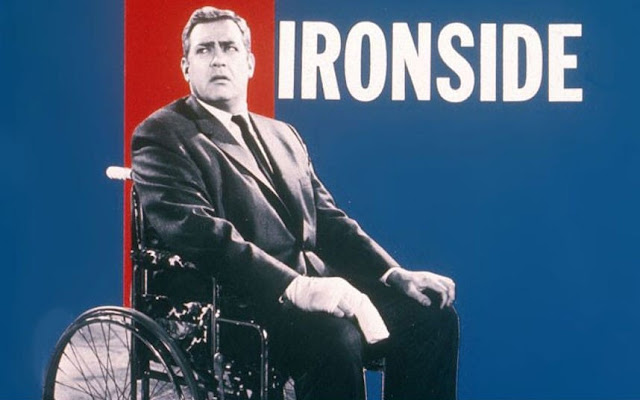 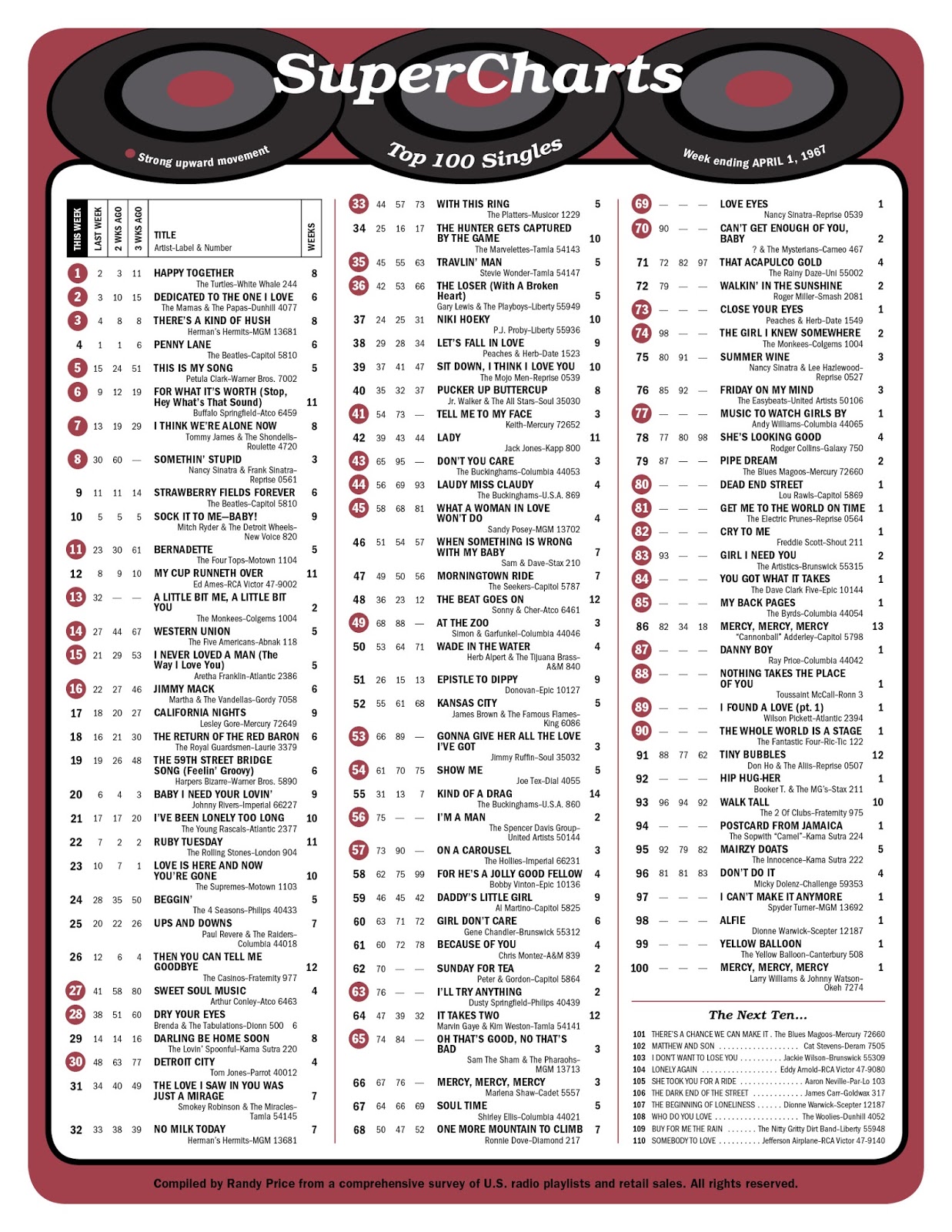 Biggest mover in The Top Ten?  "Somethin' Stupid" by Nancy and Frank Sinatra which jumps from #30 to #8 this week, a climb of 22 places.  Petula Clark's "This Is My Song" climbs from #15 to #5, a ten point leap while Tommy James and the Shondells move from #13 to #7 with their latest, "I Think We're Alone Now".  (You saw yesterday in Forgotten Hits that by this time "I Think We're Alone Now" had already been the #1 Record in Chicago for the past five weeks!!!)  Meanwhile, The Beatles' "Strawberry Fields Forever" finally makes The Top Ten, moving from #11 to #9.

The Monkees hold on to the #1 Spot on the Album Chart again this week with "More Of The Monkees".

The Young Rascals are in the recording studio today in New York City, recording their '60's classic "Groovin'".

The Beatles win three Ivor Novello Awards for best-selling single of 1966 ("Yellow Submarine"), most-performed song of 1966 ("Michelle") and second most-performed song of 1966 ("Yesterday").  The ceremony takes place at The Playhouse Theatre in London.  (You may recall that John Lennon and Paul McCartney recorded their acceptance speeches a few days earlier as part of an interview done with BBC Disc Jockey Brian Matthew as they were unable to attend this ceremony in person.)

Hard to believe but tonight Fats Domino is appearing in his first ever UK Concert at London's famed Saville Theatre, performing with The Bee Gees and Gerry and the Pacemakers.  (After our anniversary celebration last year of the Tommy Roe / Chris Montez / Beatles concert in 1963 … after Chris and Tommy had exactly ONE big chart hit each … it is almost unthinkable that The Fat Man wouldn't make his first trip over to England until 1967 … especially when you consider the number of American artists from the late '50's and early '60's that preceded him!!!)

The Turtles had had hit records before and were certainly no strangers to the charts ... "It Ain't Me, Babe" and "You Baby" were both Top 20 Hits and they regularly appeared on all the hot television shows ... but NOTHING could have prepared them for the success of their latest record, "Happy Together", a '60's anthem that has literally kept them on the road for the fifty years since its first release back in 1967.  (The Annual Happy Together Tour is one of the most successful franchises in Rock And Roll History!)

Starting with the crudest of demos, they crafted a pop masterpiece that, once completed, they knew was destined for #1.

Here Howard Kaylan explains the evolution of "Happy Together" during an appearance at The Grammy Museum.

The Dave Clark Five are back on The Ed Sullivan Show tonight, performing their latest hit, "I've Got To Have A Reason" … as well as their follow-up single, "You Got What It Takes", which will premier on the charts by week's end.


Number One at the Box Office this week:  Easy Come, Easy Go. 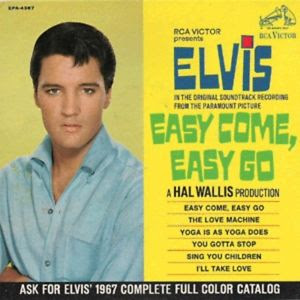 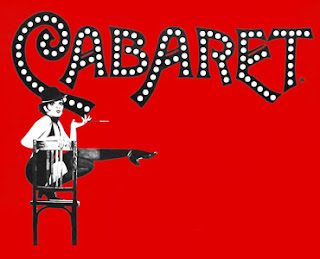 Not to be outdone by their San Franciscan counterparts, a New York "Be-In" is staged at Central Park, with about 10,000 "hippies" in attendance.
Posted by Kent Kotal at 6:00 AM