"Don't You Care" by The Buckinghams holds at the #1 Spot for the third week in a row on the WLS Chart (now dubbed "The Super Summer Survey")!!!

Meanwhile, over at Super 'CFL, Tommy James and the Shondells leap from #7 into the #1 Position with their latest, "Mirage". 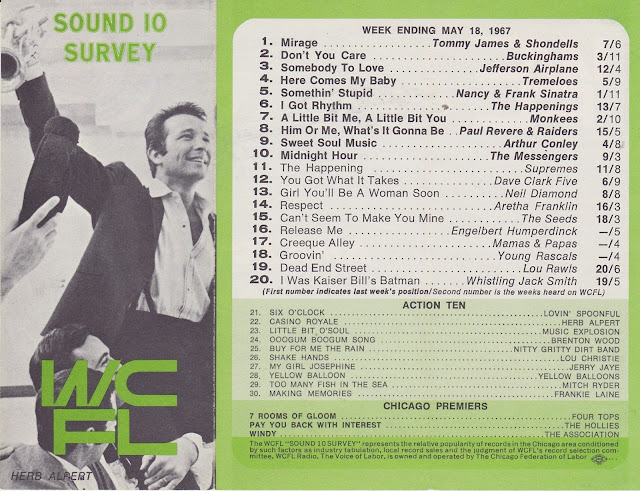 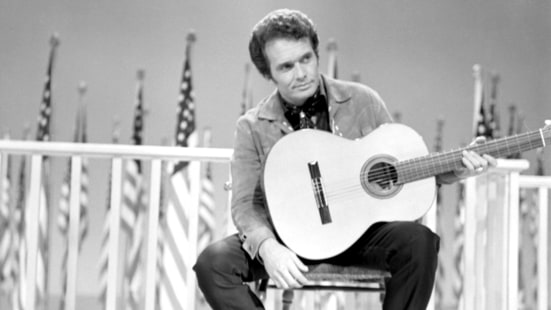 From Jeff March and Marti Smiley Childs ...
In late 1966, the members of the first lineup of the Grass Roots defected to form a different band. In response, Dunhill records recruited another band, the Thirteenth Floor, the members of which agreed to become the Grass Roots.
The new complement consisted of lead guitarist Creed Bratton, rhythm guitarist-keyboard player Warren Entner, drummer Rick Coonce, and bassist Rob Grill -- whose singing voice mesmerized Dunhill owner Lou Adler and the label's writing and production team of Steve Barri and P.F. Sloan.
"When we heard Rob's voice, we felt he really had the sound that we were looking for as a vehicle for our song writing," Barri told authors Marti Smiley Childs and Jeff March for their book "Where Have All the Pop Stars Gone? Volume 2." But the first substantial hit for the recomposed Grass Roots came from another writing team.
In early 1967 Sloan and Barri got wind of "Piangi Con Me" (Cry With Me), a pop hit in Italy performed in Italian by an English group called the Rokes. The song, written by David Shapiro, Ivan Mogull, and Michael Julian, was translated to "Let's Live for Today" in English. The Grass Roots version, which Sloan and Barri produced for the Dunhill label, premiered on May 13, 1967, soared up the pop chart, peaked at No. 8 on the Hot 100, and remained on the chart for 12 weeks.

By the spring of 1967, the Moody Blues recognized that their blues repertoire had run its course, and decided to develop their own style. The band members conceived a new approach: a stage show -- a musical about the passage of a single day. "At the time, we could not get money for enough studio time. We used to get three hours to do the A and the B side, and everything had to be three minutes or less, with a catchy hook, which was crap," the band's flutist Ray Thomas told authors Marti Smiley Childs and Jeff March for their book "Where Have All the Pop Stars Gone? Volume 2." On their own, the Moody Blues began writing songs for the musical, and the band's keyboard player, Mike Pinder, obtained a Mellotron instrument to orchestrate the musical on stage.
On BBC's "Saturday Club" program that aired on May 13, 1967, the band premiered one of those songs that Justin Hayward had written.
It was "Nights in White Satin." Mike Pinder recalls, "As we started writing more, we knew there was something to it. Once we had 'Tuesday Afternoon' and 'Nights in White Satin' we thought 'oh -- we need something for the morning, something for the evening, dawn, and sunset,' and that's how the whole thing came about." He was referring, of course, to the band's milestone concept album "Days of Future Passed."
http://www.editpros.com/WHATPSG_Vol_2.html
Posted by Kent Kotal at 6:00 AM


That doesn't even take into consideration previously mentioned tunes like "Groovin"" by The Young Rascals, "Don't You Care" by The Buckinghams, "A Little Bit Me, A Little Bit You" by The Monkees, "I Think We're Alone Now" and "Mirage" by Tommy James and the Shondells, "Happy Together" by The Turtles, "Him Or Me - What's It Gonna Be" by Paul Revere and the Raiders and "Girls In Love" by Gary Lewis and the Playboys, all enjoying chart success this week.

Andy Williams' vocal version of "Music To Watch Girls By" falls from #39 to #70 while personal favorites like "My Girl Josephine" by Jerry Jaye, "Do It Again A Little Bit Slower" by Jon and Robin and "Here We Go Again" by Ray Charles continue to move upwards on the chart.

Archie Bell is drafted into the US Army.  A year later, when his record "Tighten Up" goes to #1, a series of "fake" Archie Bell and the Drells groups crop up all over the country, trying to cash in as the hot band while the REAL Archie Bell is stuck in Viet Nam and unable to do anything about it!

The Beatles record "All Together Now" for the "Yellow Submarine" movie soundtrack.

They were at least partially famous because actor Don Grady of the hit television series "My Three Sons" was their drummer (although he often wore large wigs and sunglasses to hide his identity which, of course, only drew more attention to themselves, which quite likely was the REAL intent anyway!)
I wondered if the group existed first and then Don Grady came on board or if he recruited them to be "his" band ... or if they all went thru some type of auditioning process for Grady ... or just how it all came together.

I was also curious about their hit song, also titled "Yellow Balloon".  It had first been recorded as an album cut by Jan and Dean (although Jan was still recovering from his auto accident at the time so I believe Dean recorded ALL of the vocals tracks on this one himself) ... I wondered why they chose to record it and whose decision it was to name the band after the record.  (And why the heck was the flip side simply "Yellow Balloon" played backwards?!?!)

And finally, what was it like at the time touring behind a hit record. (We recently ran a YouTube clip of The Yellow Balloon performing at Anaheim Stadium after an Angels game.)  Did they tour with any other big names during this time?

"Yellow Balloon" peaked at #25 nationally on the Billboard chart ... and was a #12 hit here in Chicago on WCFL. 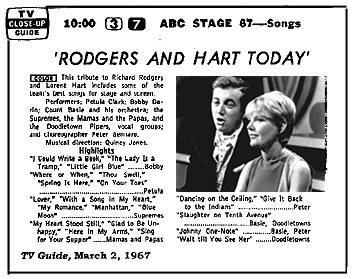 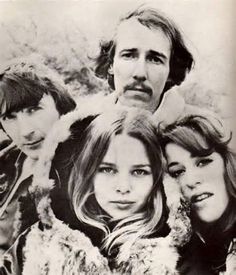 Meanwhile, over in England, The Bee Gees make their UK television debut on the popular British Television Music Series "Top Of The Pops", where they perform their new single, "New York Mining Disaster, 1941".  It will ultimately peak at #12 on the chart in Great Britain … and become their first US Hit as well, peaking at #14.  Many listeners at first thought this was The Beatles recording under a pseudonym.  (For the record, there wasn't a real New York Mining Disaster in 1941 … although there was one in McIntire, Pennsylvania, that year that killed six people.) After a string of hit singles, the group disbands in late 1969 / early 1970.  However, this was hardy the last we'd hear of the group.

The Bee Gees would stage several major comebacks … by the end of 1970, "Lonely Days" would top the charts, only to be followed by another #1 Hit, "How Can You Mend A Broken Heart".  (Both songs were recorded during the same recording session ... not bad for this Band Of Brothers who were ready to throw in the towel just a few months earlier due to fighting amongst themselves!)

A series of lush ballads followed … and then in 1975, they completely reinvented themselves by adopting an R&B Sound that soon segued into disco, the hot new craze.  In fact The Bee Gees virtually became the poster children for The Disco Era, writing the soundtrack to the popular film "Saturday Night Fever".  They would score EIGHT more #1 Records between 1975 and 1979 with hits like "Stayin' Alive", "Night Fever", "How Deep Is Your Love", "You Should Be Dancing", "Jive Talkin'", "Tragedy" and "Too Much Heaven."  Big brother Barry (Bee Gees = The Brothers Gibb) would write and produce many more #1 Hits for several other artists, including baby brother Andy Gibb, who chose to pursue a solo career rather than join his brothers as part of The Bee Gees. 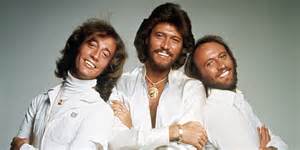 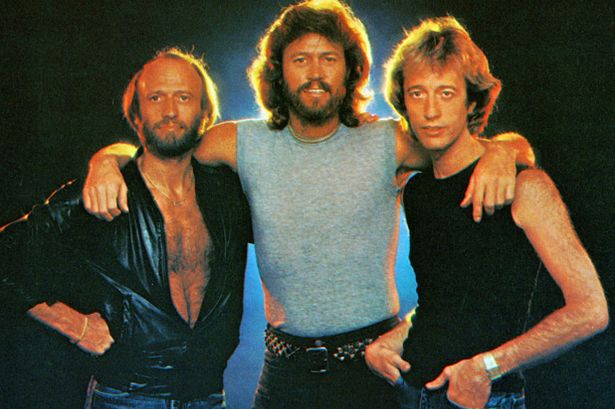 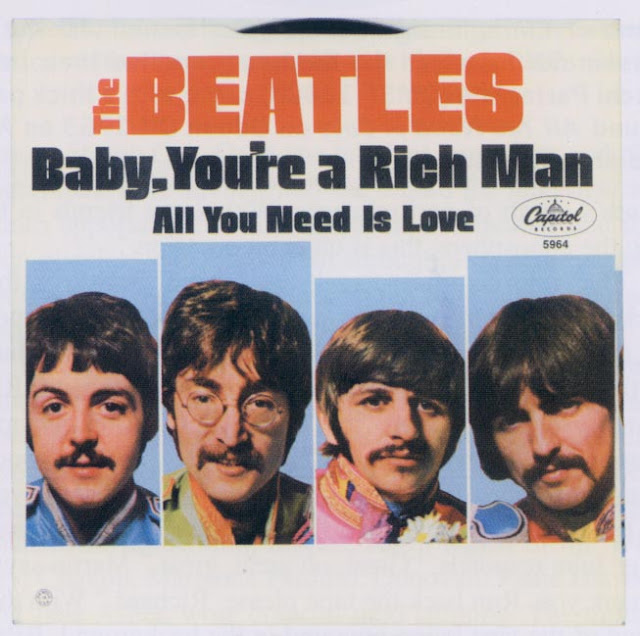