A reminder that the new Laurel Canyon documentary premiers tonight on EPIX at 10 pm Eastern.  Our FH Buddy Harvey Kubernik, who worked as a consultant on this piece … and wrote the book “Canyon of Dreams: The Magic and the Music of Laurel Canyon“ in 2009, does an in-depth interview and feature here that is quite entertaining and enlightening:

https://www.musicconnection.com/kubernik-interviews-with-legends-as-laurel-canyon-approaches/
The two-part series will wrap up next Sunday night, June 7th.  (kk)

David Salidor also sent us this Billboard link about the film …
https://www.billboard.com/articles/news/9393467/laurel-canyon-docuseries
I had the opportunity to do an advanced screening of this but couldn’t fit it in … which is a real shame as I’ve been looking forward to this film for a long time.  The one that beat it out of the gate a year ago or so just didn’t have much substance … But I hear that this one is VERY well done.  (kk)
Echoes in the Canyon, how can you leave out Joni Mitchell?
DS

David Leaf on Facebook and the Joel Selvin link of his great review of film.
If you have Epix, watch.  If you don't have Epix, you may be able to get a 30-day free trial.  And if you want to take a deep dive into the subject, get Harvey Kubernik's spectacular book on the subject, "Canyon Of Dreams."  Like all of Harvey's books, he presents amazing "living history" from those who were there. As well as lots of great pix, too.
As to the documentary, from what I've heard about the doc, the only thing missing is the stories of the nights at Danny Hutton's. And Frank Zappa, who had a different POV on everything. Maybe there will be a sequel. :-)
https://datebook.sfchronicle.com/movies-tv/review-laurel-canyon-a-sumptuous-visual-feast-of-music
Elliot Kendall
Film & Music PR & Promotion

I absolutely loved the new Jim Sohns / Jerry McGeorge song. That is the first new, authentically old, song I have ever heard. (What?)
If I’m not mistaken, didn’t Jim Peterik screw up Jerry’s name. Maybe that’s because he was a former member of “the criminally forgotten Blackstones.”
Robert Campbell
Only by leaving him out!  (lol)  Jim referenced Jimy Sohns and Michael Weber, the two guys who wrote the new tune “Wild Man” … and Conor Mahoney, who’s promoting the song.  Jerry McGeorge was an original member of The Shadows Of Knight, who also appears on the recording.  Here’s hoping both guys will be doing appearances together again real soon, once we can figure out a way to enjoy liver performances again!  (kk)

And, speaking of the new record, Conor may be a bit more inclined to do a vinyl 45 version after reading some of the comments we ran the other day …

Hey Kent,
Thanks for all of this. The response has been overwhelming to say the least. We didn’t expect THIS many people to see it and hear it. Not only that, it’s all been so positive. Thanks for being such a big part of this.
Will there be a 45???
Hmmm ... keep your eyes peeled.
Conor Mahoney

James Holvay will be Rollye James' guest at 10 PM Sunday night (TONIGHT!) on WGN.  You can listen live here:
https://wgnradio.com/on-air/

Holvay, of course, wrote four HUGE hits for The Buckinghams … whose name came up in another email we received this week …

Doesn’t this remind you of The Buckinghams?
This is one of The Explorers Club originals, but the influence is apparent and terrific.  Check it out.
Best,
Bob

And, while we’re doing videos, here’s a brand new YouTube clip to go along with the Tommy Roe / “Dizzy” remake we featured the other day … The Covid 19 version ...

Hey Kent ...
Thanks, man.
Hope you’re doing ok in this new reality we all find ourselves in.  It’s funny what you can come up with when you're not distracted. Feels like we’re in some kind of a time warp. Shelter in place, wear that mask, and wash those hands.
But I tell you what ...
To me, the loss of freedom is the worst part of this nightmare. It’s like an awakening to the deep meaning of the phrase and New Hampshire motto, “Live Free Or Die.” Quarantine is the antithesis of freedom, and you can mix message if you like, and call it shelter in place, but either choice it’s like being in jail.
I do hope all this craziness is over sooner than later, and I guess you and I are lucky to have our creativity to focus on while having all this time on our hands. Sometimes positive results can come from negative circumstances, and that’s a good thing.
Anyway, sorry to go on a rant, but like I said earlier, ain’t it funny what you can come up with when not distracted.
All my best to you and family ...
Stay safe, my friend..
T

And how about THIS crazy video ...
Who even knew this stuff existed?!?!

And check this out (from Tom Cuddy) …

This is GREAT!  Check out the full story here …
https://www.udiscovermusic.com/news/paul-stanley-soul-station-ooo-baby-baby/

Hello Kent -
I'm looking forward to the time when all the artists can get back to work doing our shows for the fans.
You take care, my friend, and I'll see you at a show.
Ron Dante

Modern Rock Icon MATTHEW SWEET Joins Classic Rock Legends
BADFINGER For A New Version Of “Baby Blue!”
One of the rock world’s biggest stars is set to appear on a brand new 2020 update of the timeless classic “Baby Blue.” Matthew Sweet, best known for his 1991 smash hit album and single “Girlfriend,” joined the members of Welsh rock band Badfinger for a thrilling new take on the 1971 Pete Ham-penned tune that originally appeared on Badfinger’s Straight Up album. The band’s guitarist and vocalist at the time, Joey Molland, continues as the only surviving member of the original line-up today! “Baby Blue” was a huge hit at the time of its release but has since skyrocketed in popularity again thanks to its use in the series finale of Breaking Bad. This new version finds Sweet adding his bold creative energy which fuses nicely with Molland & Co.’s experienced musicianship. Fans are in for a real treat with this fantastic recording!
Stream the single: https://orcd.co/badfinger_matthew_sweet_baby_blue 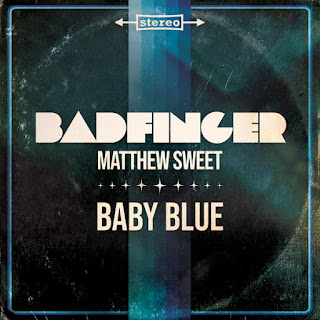 Here’s an interview with Steve Walter of The Cutting Room that we came across the other day:  https://t2conline.com/interview-steve-walter-of-the-cutting-room/

Hi Kent,
My music history research often turns up interesting surprises.
Legendary guitar session player, Grady Martin, showed up for a 1961 Marty Robbins recording session. They recorded the song “Don't Worry” with Grady on six string bass. I have long known about the story of the faulty mixer and the “fuzz guitar” sound that came out of that session. But there’s a lot more to the story.  Despite objections from Grady Martin and Marty Robbins, producer Don Law released “Don't Worry” with the fuzz guitar sound intact. It shows up midway through the song. The record soared to number one on the Billboard country chart and number three on the pop chart.
Soon, there was buzz over the fuzz among other musicians and artists. Grady Martin even tried it on a record of his own, simply titled “The Fuzz.” Session engineer Glen Snoddy sold the idea for a fuzz guitar pedal to the Gibson Guitar Corp. A few country hits followed, the biggest being “The Running Kind” by Merle Haggard.
But one song that everybody remembers as one of the greatest rock classics of all time had the most success with the Marty Robbins / Gibson Guitar fuzz tone. In 1965, The Rolling Stones took off into history, from the opening licks all the way through on “(I Can't Get No) Satisfaction.”
Here are links to a few of these songs:
1. “Don't Worry”: https://youtu.be/Q2WBBcH6OPU
2. “The Fuzz”: https://youtu.be/m57QOAjwOjk
3. “(I Can't Get No) Satisfaction”: https://youtu.be/MSSxnv1_J2g
Reference: https://www.wideopencountry.com/how-marty-robbins-accidentally-pioneered-guitar-fuzz-effects/
Bill Oakey
I sent a copy of your “history lesson” to Davie Allan, the recognized “King Of Fuzz,” to get his perspective.  Would love to know what his earliest influences were.  Stay tuned for more on this topic.  (kk)

Kent,
Thank for your recent post on the Kickapoo Creek Outdoor Rock Festival.  I've also been researching the bands that were there (and not there) and have identified a handful of groups not included in Robert Campbell's excellent research.   My blog post on this is a work in progress and can be found here:
https://www.downstatesounds.com/2020/05/incident-at-kickapoo-creek-rock.html
A few band names to mention that have been confirmed to have played at the event not listed on the poster or mentioned in your post are:
Monterey Hand from Chicago and included guitarist James "JY" Young (Styx)
Fat Water from Chicago with connections to Champaign-Urbana, Illinois.
Tayles from Madison, Wisconsin.
Moses from Charleston, Illinois.
The Basic Need from Central Illinois.
Also, in regard to the New Colony Six being there, I believe the third photo under Group Shots in your post is the NC6.   A different photo but clearly the same band was confirmed by one of the band members on social media.
Thanks again,
Chris at Downstate Sounds


From Robert Campbell, in response to the above ...

Thanks for that link to the Kickapoo Incident … I was unaware of anyone that has as much info as we did.
Note: The photo of the band in my article that he indicates as the NC6 has only been referenced to date as “the unknown band with two singers,” which could make it possible. Interesting.  (When this photo was submitted to our site it was identified by the guy who took it as “Unknown Band with two singers.” This is the photo that Chris thinks could be the New Colony 6. It could be. There are six guys and two singers.) 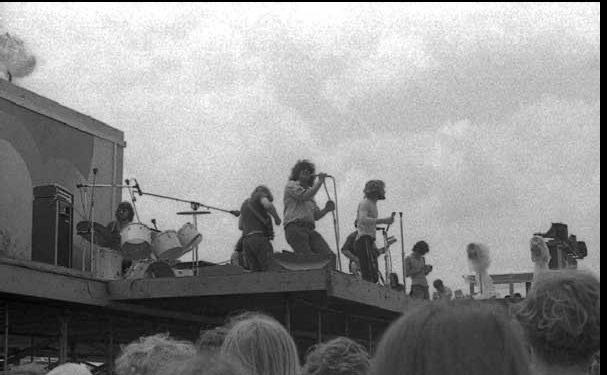 Also on his site he references Dan Fogelberg, who could be the “scruffy guy from Indy.”  Nobody knew who he was and I don’t remember seeing a solo act at all at Kickapoo. Chuck and Mary Perrin were the smallest act that I witnessed.
Robert Campbell
I have reached out to Gerry Van Kollenburg, who would have been the only “constant” in the band that for sure would have been there in 1970 if they DID play Kickapoo … hopefully I’ll hear something back soon and be able to post an update.  (I just don't see them as a "fit" for a festival like this ... but hopefully we can nail this down for you once and for all.)
As for Dan Fogelberg, it would be cool if he participated … and I like that Chris ran an audio clip of what Dan sounded like around this time, playing the folk circuit.
Honestly, I’ve not heard of at least HALF the bands on the bill that day … but I was just as surprised by the number of future well-known musicians that also participated.  As we know, back then it was the music that drew people in … and the whole “communal” prospect of enjoying a rock concert together.  (Does it officially count as a “festival” if no mud was involved???  I think not.)  kk

And here’s some Can’t Miss Entertainment …

Kent,
There's been so many great items in Forgotten Hits lately, I'm finding it imperative to bring them to the attention of listeners to my Lost And Found Oldies Show. But no time. That's why I'm adding an extra program I'm calling "Darin To Be Different" Tuesdays 1-3 pm on http://www.wvkr.org .
This Tuesday, I'll be sharing my thoughts about the new Explorers Club release, Ron Dante's upcoming compilation, Goldmine's Micky Dolenz interview, and OMG, people NEED to know about Mike Masse’ -- especially his duets with Sterling Cottam! Thanks to your daughter for turning us on this amazing musician. And thank YOU for Forgotten Hits!
Sam Tallerico
This is SO cool, Sam … I’ve let the others know.
And Mike Masse’ is QUITE the musician.  Check out his web page … it’s awesome.  Give a listen to his acoustic, completely stripped down version of “Africa” … absolutely AMAZING that one guy can sound this good with such minimal accompaniment!  (And this is at a pizza parlor?!?!?)  kk