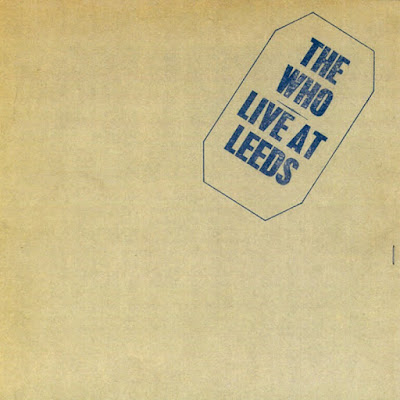 Congratulations to John Records Landecker, named to The National Association of Broadcasters Hall Of Fame this week.  (The actual ceremony will take place on April 20th in Las Vegas.) 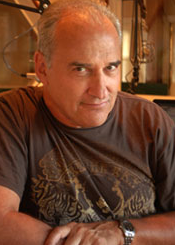 If ever a disc jockey connected with his audience, Landecker is the guy.  Thanks to WLS’ incredible 50,000 watt signal, fans all over the country were able to enjoy his radio antics during his ten years with the station.  (With over 40 years in radio … and numerous “spill overs” into television … Landecker has become a household name from coast to coast.)  You can pick up a copy of John’s recently updated bio here … and relive some of those incredible moments …
https://www.amazon.com/Records-Truly-Middle-Name-Graduation-ebook/dp/B07MHXXQGB/ref=sr_1_1?crid=COW4QK257WYS&keywords=john+records+landecker&qid=1581424155&s=books&sprefix=john+records+%2Caps%2C193&sr=1-1

We went to see The Stylistics at The Arcada Theatre on Saturday, February 8th and were blown away … by their opening act!!!  (Truth be told, The Stylistics, while good, didn’t quite measure up to their previous performance there … they just seemed to fall a little short in the vocal area this time around … but this was MORE than made up for by opening act Gerald McClendon, The Soulkeeper, who won over a brand new audience of fans with his killer set.)
I had not seen McClendon before … and most of his warm-up set was filled with covers of ‘60’s and ‘70’s soul classics, performed to perfection … this guy can vary his vocals to fit every mood and style ... but it was one of his original tunes, “Chalk Line,” that had the audience up on their feet, hootin’ and hollarin’ for more.  It was the performance of this one song that went down as the highlight of the entire night of music … and that’s really saying something when one considers that The Stylistics had eleven Top 40 Pop Hits during their very impressive ‘70’s run on the charts.  (For a much better Stylistics review, check out this recap of the show we saw back in 2016 when they brought out surprise special guests The New Kids On The Block to join them on stage … https://forgottenhits60s.blogspot.com/2016/10/the-stylistics.html) 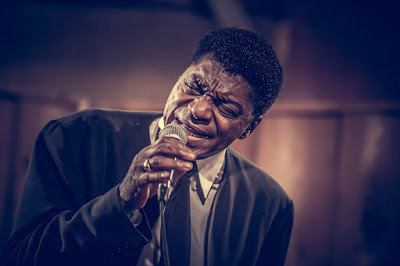 From start to finish, Gerald McClendon and his Soulkeeper band didn’t miss a beat … or an opportunity to win over the crowd.  They have been making the rounds to most of Ron Onesti’s clubs sprinkled throughout the area (and came “all the way from Chicago” to perform in Saint Charles, Illinois Saturday Night!  Lol)  If you get the chance to catch their act, please do so … as you will be very pleasantly surprised.  (kk)

The brand new album by Huey Lewis and the News is out today (February 14th) …
Here’s an update on what’s going on in Huey’s life these days … sounds like he’s got a pretty full schedule!
https://www.billboard.com/articles/columns/rock/8550839/huey-lewis-interview?utm_source=Sailthru&utm_medium=email&utm_campaign=Newsletter%20Template%20BB:%20Multi%20Story%20-%202.0&utm_term=daily_digest

Hi, Kent -
After reading your comment about Billy Joel's "For the Longest Time," I had to comment (I may have mentioned this a while back) that it still sounds like The Tymes’ hit "So Much in Love" ... but it also shows that Billy has good taste in old top 40 tunes.
Mike
That’s the thing about Billy’s “An Innocent Man” album … it TOTALLY captures the sound and the feel of this era … it is a masterpiece in this regard … and Billy lovingly shows the influence (and his appreciation) of this music throughout the entire LP.  DEFINITELY worth picking up if you don’t already own it.  (My guess is you can’t listen to it less than three or four times in a single sitting!  Lol)  kk
From FH Reader (and Micky’s PR guy) David Salidor …

Micky Dolenz opened a NorthEast tour Saturday and Sunday night in Tucson, appearing with the Tucson Symphony Orchestra. By all accounts, Dolenz, and his band, and the orchestra knocked it out of the park.
Here’s a shot of Dolenz performing before the crowd. 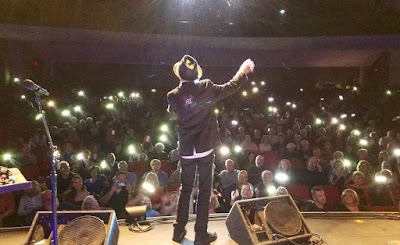 REMINDER:  Jim Peterik will be making a special in-store appearance at the grand reopening of Barbara’s Books in the Burr Ridge Center tomorrow (Saturday, February 15th) at 2 pm … singing songs and telling stories … and then sticking around afterwards to sign copies of his book “Through The Eye Of The Tiger,” copies of his brand new two-year calendar “Stars And Guitars” as well as copies of the brand new Ides Of March CD and double-vinyl LP “Play On” … and more.
This promises to be a very special and intimate experience so we hope you can make it out there.
PLUS:  You’ve still got time to register for the chance to win a pair of tickets to see The Ides Of March at The City Winery on Wednesday, March 4th … ALWAYS a great show at an excellent venue.  Enter now by sending me an email at kk@forgottenhits.com … we’ll be picking our winners next Friday (February 21st).  GOOD LUCK!!!  (kk)

kk:
Reminds how much we miss the Grim Reaper.
Frank B.
https://chroniclet.com/news/201619/lynn-evans-mand/?fbclid=IwAR0uMj1IrcpZPlvLwOZs41gFLqBUXikkSG7LwJVvL3Ue826l0kw4288GMM4

The Chordettes dominated the pop charts from 1954 – 1961.  Their #1 Hit “Mr. Sandman” has been used in countless movies and ad campaigns. The primary quartet of Lynn Evans, Janet Ertel, Carol Buschmann and Margie Needham are the girls featured on the majority of their hit records.  From this group, only Janet Ertel was a true original member.
She teamed with Alice Mae Buschmann, Dottie Schwartz and Jinny Osborn in 1946 and the girls began singing together in Sheboygan, Wisconsin.  After winning the top prize on his Talent Scouts radio program, the girls continued singing with Arthur Godfrey from 1949 – 1953.  (Group members fluctuated, especially in the early years … Alice Mae Buschmann was replaced by her sister-in-law, Carol Buschmann, Lynn Evans replaced Dottie Schwartz and Margie Needham replaced Jinny Osborn, finalizing the hit-making quartet.  You almost need a score card for this one!!!)
Ertel married Archie Bleyer, who owned Cadence Records.  (Think that may have been instrumental with the girls being signed to the label???)  Incredibly, her daughter Jackie married Phil Everly of The Everly Brothers, who also recorded for the label!
Before you knew it, they placed ten songs on the National Top 40 Charts … “Mr. Sandman”  (#1 for seven weeks in both Cash Box and Music Vendor and three weeks in Billboard, 1954), “Humming Bird” (#6, 1955 in Cash Box but inexplicably not charting in Billboard), “Eddie, My Love” (#4, 1956), “Born To Be With You” (#4, 1956), “Lay Down Your Arms” (#16, 1956), “Just Between You And Me” (#8, 1957), “Lollipop” (#2, 1958, and still a popular tune today due to its use in movies and television commercials … our daughter’s Saxonettes even performed this one as part of their ‘50’s doo-wop medley!), “Zorro” (#17, 1958), “No Other Arms, No Other Lips” (#22, 1959) and “Never On Sunday” (#10, 1961)  kk
DIDJAKNOW?:  The Chordettes were one of the guests on the first nationally broadcast episode of American Bandstand on August 5th, 1957.

Wow … from The Chordettes to Jimi Hendrix … ONLY in Forgotten Hits!!!

The other day we told you about the brand new, 50th anniversary remastered edition of Jimi Hendrix’s “Band Of Gypsys” coming out on March 27th.
Here, frequent FH contributor Harvey Kubernik shares the news on the Cave Hollywood website …
http://cavehollywood.com/songs-for-groovy-children-the-fillmore-east-concerts-by-jimi-hendrix-now-out/

https://youtu.be/DVniQ-lhP0k
RUBICON is a name I heard from my brother long ago.  It's definitely a forgotten hit and one of the local bands played it.  Weren't there guys in that band who went on to very famous ones?  What a gem this was!!!
Nikki
This one never charted here in Chicago … and, to the best of my knowledge, wasn’t even played here … not on the pop / Top 40 stations anyway.  It DID, however reach #26 on the national charts in 1978.
As far as the band members, according to Joel Whitburn’s Top Pop Singles book, horn player Jerry Martini was a former member of Sly and the Family Stone and guitarist Brad Gillis and bassist Jack Blades would go on to form Night Ranger … quite a departure in sound from their hit single “I’m Gonna Take Care Of Everything.”  (kk)

Bob Shannon was a great disc jockey on WCBS-FM.  He did mostly afternoon drive time.
One day, he wasn't on the radio -- no explanation.
At first, I thought he was on vacation.  After a while, I thought maybe it was a leave of absence ... but he never did come back. I think he had health problems.
When his wife had a baby boy, my mother knitted a blue sweater and I sent it to Bob.  One day, I'm about to sneak out of work early.  I’m just about to run out the door to catch my train and I hear Bob mention my name on the air.
He read the whole letter I sent him and thanked my mother for the sweater.
That could never happen on today’s radio.
Here’s a sampling of his work:
https://www.youtube.com/watch?v=3SoxfIqodyQ
https://www.youtube.com/watch?v=CyFBr4QZKOM
FB

During the late sixties and early seventies, I was a regular at the Wild Goose held at the Elmhurst YMCA ... saw so many great groups there like REO, Mason Profitt, Chase, Rare Earth, Mark Lindsay, Alice Cooper and many other one hit wonders.   They moved the Wild Goose to Willowbrook High School where I then saw Siegel Schwall and Big Brother.  In the early 70s, there was a great club on Roosevelt Road by Lombard called Rush West. It was in the basement of a hotel, probably torn down by now. Great live music. The house band named Spice was really good. I saw Kansas there. Saw another band with a very young kid that looked like Billy Coragin ... great guitar player. Those days are kind of hazy now. The place was a dump but had really good bands every weekend. Have not heard anybody talk about Rush West.
Rob Rossi
I remember the name but have never been there … maybe somebody else on the list can comment?  (kk)
I think I was there once, for a wet t-shirt contest. Too bad I can't share the pictures.
Guy Arnston
Well, that WOULD have been the highlight of today’s post!!!

Now instead we’ve got to go with THIS! …

After we ran Chuck Buell’s “Czech Czech” comment the other day, FH Reader Mike Wolstein responded with THIS cartoon … 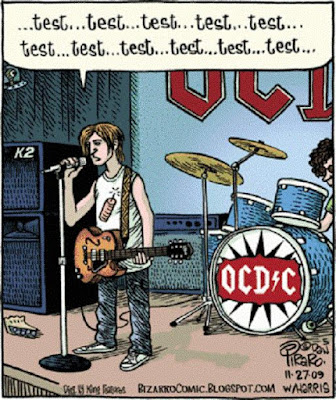