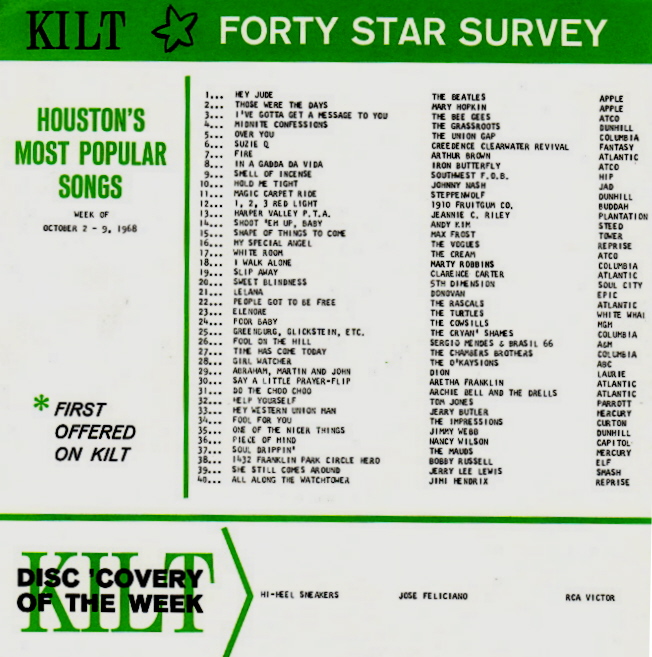 How come you haven’t shared YOUR 16-track White Album with us?
John P.

Like all of you, I’ve had a hard time paring this down as I’ve just become so accustomed to it as it currently sits (and has been embedded in my head for the past fifty years) … but there are definitely a few tracks I could do without.

I’ve already mentioned many of them (“Revolution 9,” “Don’t Pass Me By,” “Good Night,” “Everybody’s Got Something To Hide Except Me And My Monkey,” “The Continuing Story Of Bungalow Bill,” “Wild Honey Pie” and even “Helter Skelter” are tracks I could have done without within the context of one single LP … so that already gets me down to 23.  (And look at that … I just save Sharon Tate’s life!!!)

Other creative ideas I’ve mentioned include releasing a couple of singles between “Hey Jude” (August of 1968) and “Get Back” (May of 1969) … that eight month gap easily could have accommodated a couple more singles … which, when coupled with some personal favorite White Album Tracks as B-Sides, gets me down to 19.  (And let’s face it … we wouldn’t have missed these from The White Album because we wouldn’t have known of their existence until these singles were released, at which point we would have discovered them for the very first time and STILL fallen completely in love with them!)

For starters, I would have coupled “Back In The U.S.S.R.” with “Long Long Long” as the follow-up single to “Hey Jude.”  “U.S.S.R.” is a GREAT Beatles rocker unlike anything they had done up until this time … and the Beach Boys-like chorus, , a group they so clearly (and publicly) admired, would have garnered quite a bit of attention as a single had they chosen to do so.  (Funny how at the time it sounded SO much like The Beach Boys and now just sounds like The Beatles … kinda like McCartney’s “Let Me Roll It,” where we all thought that Paul sounded just like John the first few times we heard it but now it just sounds like another great McCartney track.)

“Long Long Long” is a BEAUTIFUL George Harrison song … I’m anxious to hear the new, more balanced mix that Giles Martin has done … but by late 1968 we were reaching a period where George was starting to show up more on B-Sides (“The Inner Light” had just graced the flip side of “Lady Madonna,” the single they released before “Hey Jude” … and soon he would be featured with the flip sides “Old Brown Shoe” and “For You Blue” ... and even an A-Side with “Something”) … so this would have been a good one to keep that trend going.

I don’t think you could have more than two Harrisongs on a 16-track LP (as John and Paul never would have gone for it!) … so I’d move “Savoy Truffle” (a GREAT track, by the way) to the “Yellow Submarine” soundtrack, which was heavy with George songs anyway.  (I can only imagine the colorful and playful cartoon sequence that could have accompanied this tune had it been included in the film.)

Another likely single would have been either “Ob-La-Di, Ob-La-Da” (which also would have been a fun track had it been included in “Yellow Submarine”) or “Birthday” (but I think that one may be a bit lacking in overall strength and probably deserves to remain an album track.)

“Ob-La-Di” is a tricky one.  Here again, a chance for The Beatles to present something new (with its reggae beat, a trend John predicted at the time would be “the next big thing.”)  It’s also catchy as hell … but because it is cross-referenced in a couple of other Beatles songs (including “Savoy Truffle”), it might make for a nice cross-over tie-in the movie soundtrack.  (I suppose in this case you could even make a case for "Glass Onion" to have been included ... would have been nice to discover more than just four new Beatles tracks within the context of a new soundtrack LP.)

There are a few of tracks that would have worked well as B-Sides for this one … “Happiness Is A Warm Gun” (although I think I prefer that one as an album track), “Yer Blues” and “Julia,” a complete change of pace track for John and, despite its great sentimental value, never one of my LP favorites.

My only hang-up here is that if you WERE going to pull a single from “Yellow Submarine,” I’d find it almost impossible not to select “Hey Bulldog” … but at this rate, we’ve got to be careful as we’re only revamping The White Album and not their entire catalog!!!  (lol)  Otherwise this could go on forever!

Sequencing has ALWAYS been a HUGE factor in the way The Beatles’ albums sounded … and there are certain tracks that just belong together here.  The whole series of “Martha My Dear,” “I’m So Tired,” “Blackbird,” “Piggies” and “Rocky Raccoon” just flow so perfectly that I wouldn’t dream of touching that block … I feel the same way about the blend from “Why Don’t We Do It In The Road” and “I Will” … but several other readers felt that “Why Don’t We Do It In The Road” was one of those tracks that had to go.  I just love hearing the two side by side as they really show off the complete extremities of Paul’s vocal style.  I also have to save “Honey Pie,” as this track completes Paul’s trilogy of 1920’s-styled tunes, following “When I’m 64” and “Your Mother Should Know.”

“Birthday” into “Yer Blues” is another great blend … as is “Back In The U.S.S.R.” into “Dear Prudence” … “Dear Prudence” for me is a keeper but that blend will be lost once I pull “Back In The U.S.S.R.” as a single unless I can come up with something creative (and I think I have.)  I don’t feel as strongly about “Yer Blues” … and have always felt that “Glass Onion” has been highly overrated.  (I feel that far too often John took the easy way out when it came to songwriting during this time period … witness “Being For The Benefit Of Mr. Kite” and “Good Morning, Good Morning.”  But he also had some absolute moments of brilliance with “A Day In The Life,” too.)  As such, I’d drop “Glass Onion” and “Yer Blues” to reach my final sixteen tracks.

Now … as to sequencing …

You’ve heard these songs a gazillion times … so it should be relatively easy for you to be able to hear the way these flow from track to track in my proposed scenario … and, if not, pull out your cd copy and sequence them this way and see what you think!

Side One:
Birthday
Dear Prudence (this coupling allows you to still get the fade-out / fade-in blend)
Martha My Dear
I’m So Tired
Blackbird
Piggies
Rocky Raccoon
Happiness Is A Warm Gun (the perfect track to end side one after all the playfulness of the previous two tracks)

Side Two:
Revolution 1
Honey Pie
Mother Nature’s Son
Sexy Sadie
While My Guitar Gently Weeps
Why Don’t We Do It In The Road
I Will
Cry Baby Cry  (I think the idea of the album just fading away with Paul’s “Can you take me back where I came from, brother, can you take me back” would make for a very cool, very eerie finale)

Granted, it’s a stretch … and I’ve had to eliminate some tracks that I feel very strongly about in order to conform with my own criteria of creating a 16-track LP.  As such, I have to agree with the majority that The White Album is just fine as it is … and if I want to skip over tracks like “Revolution 9,” “Don’t Pass Me By” and “Good Night,” I certainly have the option to do so.  (And I usually do!!!)

Thanks again to everybody who participated in our little experiment.

And now for the final tally ...

Based on all the votes tabulated by YOUR choices for the perfect 16-track albums, these are the songs that earned the most votes to win a spot on the final LP.  (For the record, these are listed in rank order based on points … as the 16 tracks that simply MUST be on this LP.)

First of all, I am happy to report that EVERY single track on The White Album received at least one vote (although "Revolution 9," "Wild Honey Pie," "The Continuing Story Of Bungalow Bill" and "Everybody's Got Something To Hide Except Me And My Monkey" each received EXACTLY one.)

There are also a couple of tunes that made every single ballot ... so those are distinguished as the top vote-getters on their own.  The rest fall in order from most votes to least, stopping at a total of sixteen tracks.  (kk)

TWO songs appeared on every single ballot we received …

They are “While My Guitar Gently Weeps” and “Back In The U.S.S.R.,” obviously the “Fan Favorites” from The Beatles’ Double LP.

Rounding out the rest of the sixteen tracks to make the cut are (in order of most points earned):

And, just missing the list by one vote, “Revolution 1”
Posted by Kent Kotal at 6:00 AM