Here's the way the Chicagoland Charts shaped up the middle of December, 1967 ... 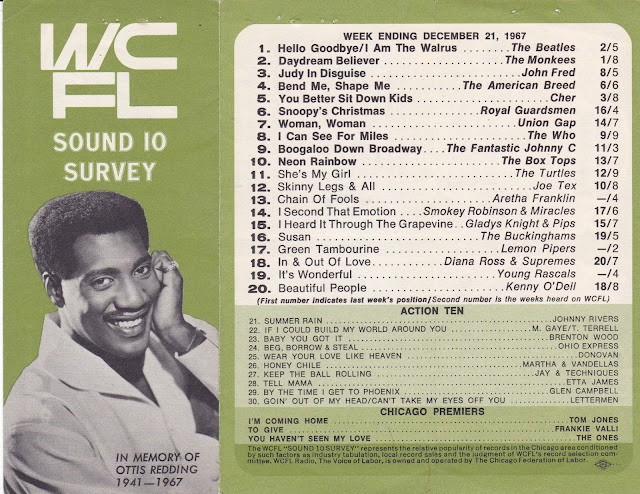 The Beatles top both Top 40 Powerhouse stations this week ...

Also common to both Top 10's are "Daydream Believer" by The Monkees (#2 on both charts), "Judy In Disguise by John Fred And His Playboy Band (#3 on both charts), "Bend Me, Shape Me" by Chicago's own American Breed (#4 on both charts), The Royal Guardsman and Cher holding down the #5 and/or #6 spots (in one form or another) and "Woman Woman" by The Union Gap (at #7 or #9).

The Cowsills hang on to the #7 spot on The WLS Silver Dollar Survey with their first hit, "The Rain, The Park And Other Things" (it has already fallen off The WCFL Sound 10 Survey) and "Neon Rainbow" by The Box Tops sits nine places higher on WCFL than it does on WLS.

The Beach Boys travel to Paris to meet Maharishi Mahesh Yogi and study transcendental meditation.  Mike Love (who was also with The Beatles in India a few months earlier) says that he still meditates every single day, fifty years later.  (In the '70's, The Beach Boys would actually TOUR with The Maharishi, where they would perform concerts together!) 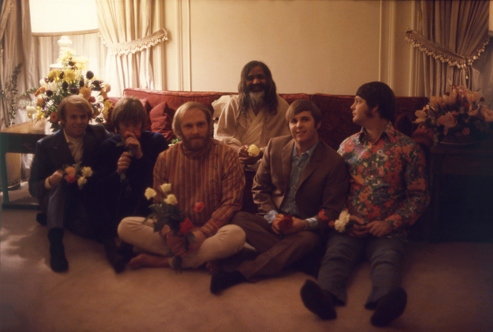 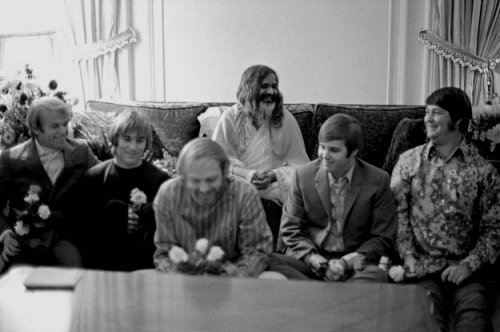 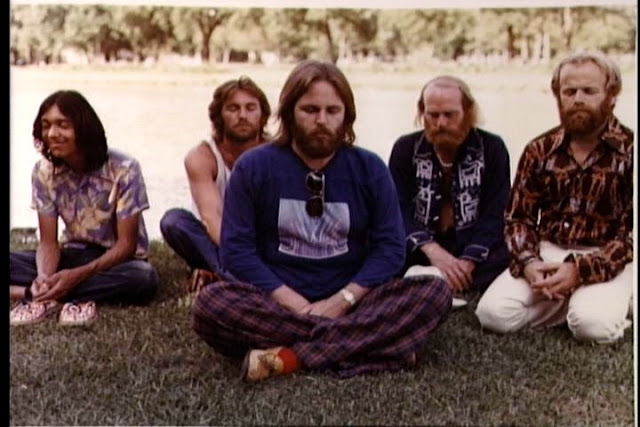 The Silver Bridge, linking Point Pleasant, West Virginia, and Kanauga, Ohio, since 1928, collapses and tumbles into the Ohio River, killing 46 people in the process and leaving towns on either side stunned and grief-stricken.  (Over the years this has been linked to the so-called Mothman Mystery.) 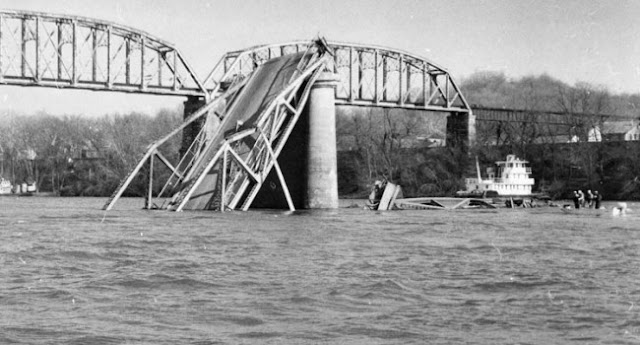 Joe Garagiola joins NBC's "The Today Show".  He'll remain a host until 1973.  He would return to the program from 1990 - 1992.  Next year he'll be subbing for Johnny Carson on "The Tonight Show" on the day John Lennon and Paul McCartney appeared as live guests.  I remember Paul quipping "Came to see Johnny ... got Joe."

John Patler is convicted of the August 25th murder of George Lincoln Rockwell, head of the American Nazi Party.   Although he was sentenced to 20 years, he was paroled in August, 1975.

The US Age Discrimination Employment Act becomes law.
Posted by Kent Kotal at 6:00 AM

DNA is created in a test tube.

You've got to go all the way down to #76 to find this week's highest charting debut … it's an interesting medley put together by The Lettermen that combines Little Anthony and the Imperials' "Goin' Out Of My Head" with Frankie Valli's big solo hit from earlier this year, "Can't Take Me Eyes Off You" … and it really works.

Also new on the chart this week are The Dave Clark Five with "Everybody Knows", which premiers at #78.  The DC5 had an earlier hit with the same title a couple of years ago but there's no mixing up these two … this new version is a very lushly produced ballad … and I like it!

Eric Burdon and the Animals are back with "Monterey", their tribute to the big folk / rock music festival held a couple of months ago in California.  Burdon (who participated in said event) sings a play by play accounting of the whole experience … and it's good enough to debut at #80 this week.

Rolling Stone Bill Wyman has a SOLO hit premiering at #81 with "In Another Land", which also appears on the new Stones' album.  Ed Ames, who charted earlier this year with "My Cup Runneth Over" is back on the charts with "Who Will Answer", new at #82. 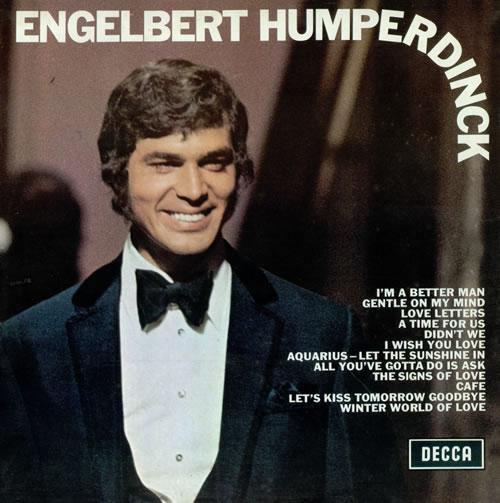 Jamie Foxx is born.
Posted by Kent Kotal at 6:00 AM

Herb Alpert hosts The Hollywood Palace and introduces several of the artists signed to his A&M Record Label, including Tommy Boyce and Bobby Hart, who perform a medley of Monkees hits ("I Wanna Be Free" and "Last Train To Clarksville") as well as their soon-to-be hit single "I Wonder What She's Doing Tonight".  Also onboard are The Baja Marimba Band, Burt Bacharach, Wes Montgomery and Sergio Mendes and Brasil 66. 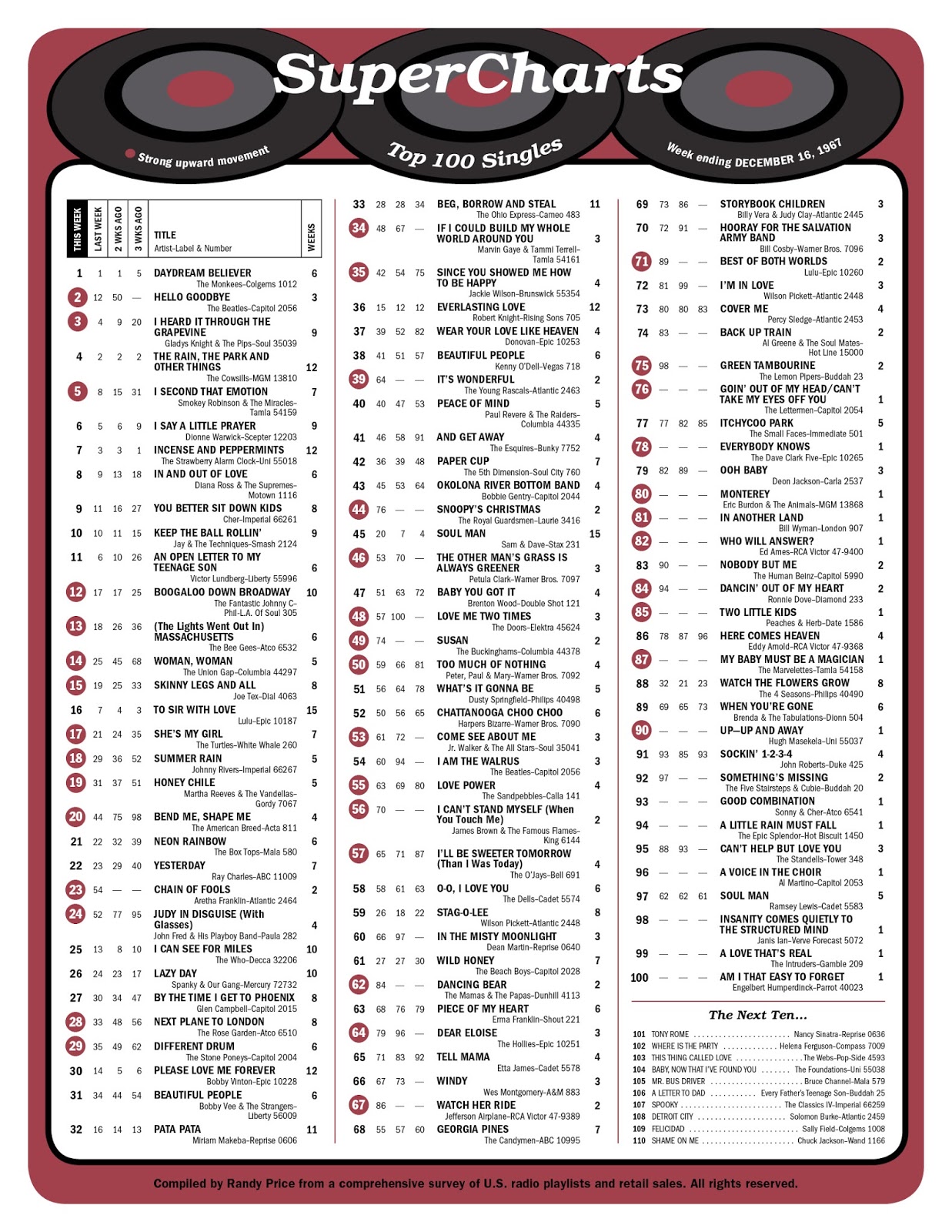 The Monkees hold on to the #1 Spot on the chart for the third consecutive week with "Daydream Believer".  The Beatles jump all the way from #12 to #2 to land right behind them with "Hello Goodbye", which premiered at #50 two weeks earlier.  Gladys Knight and the Pips are at #3 with "I Heard It Through The Grapevine".  After three straight weeks at #2, The Cowsills fall to #4 with "The Rain, The Park And Other Things" and Smokey Robinson and the Miracles climb from #8 to #5 to round out The Top Five.  There is very little action within the remaining Top Ten tunes.

Rolling Stone Brian Jones has his nine month prison sentence (for possession of cannabis) commuted by a London Appeals Court, after hearing testimony from three psychiatrists that Jones is "an extremely frightened young man and could not stand nine months behind bars."  Instead he was given three years probation and fined a thousand pounds. 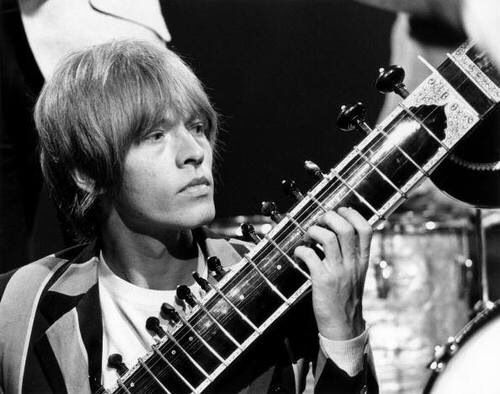 The Concorde, the world's first supersonic aircraft, is unveiled in Toulouse, France.  The development of this craft is the result of a joint venture between Great Britain and France. 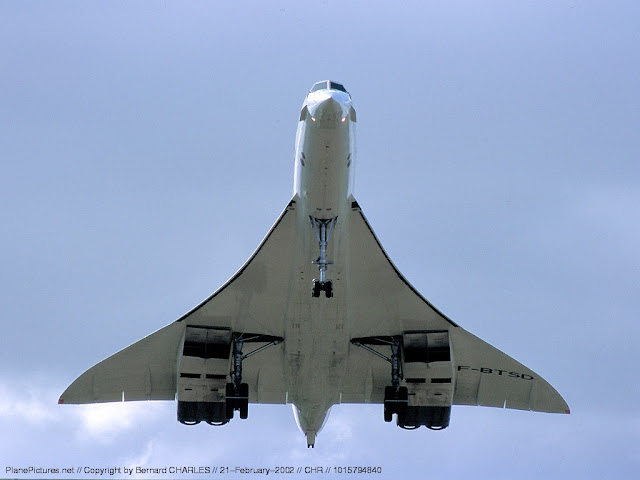 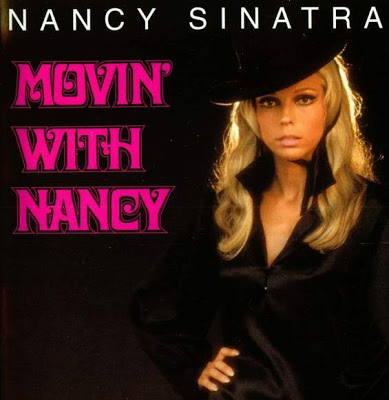 The Monkees come out on top again this week (for the third week in a row) with "Pisces, Aquarius, Capricorn and Jones, Ltd." topping the Album Chart. 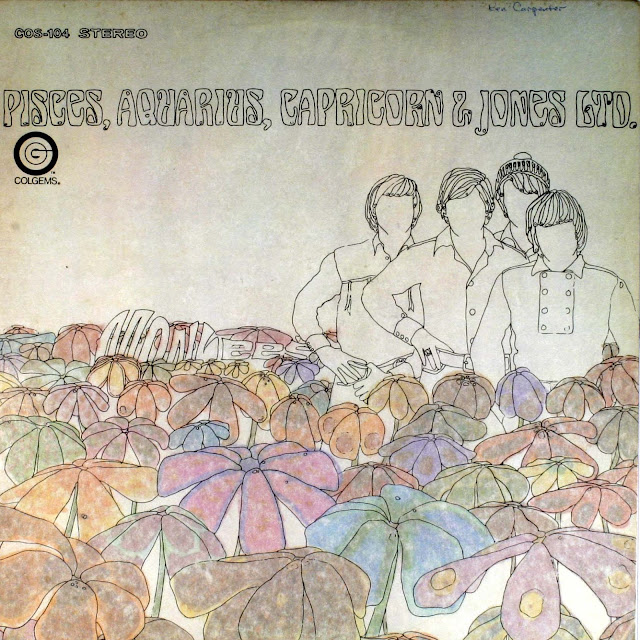 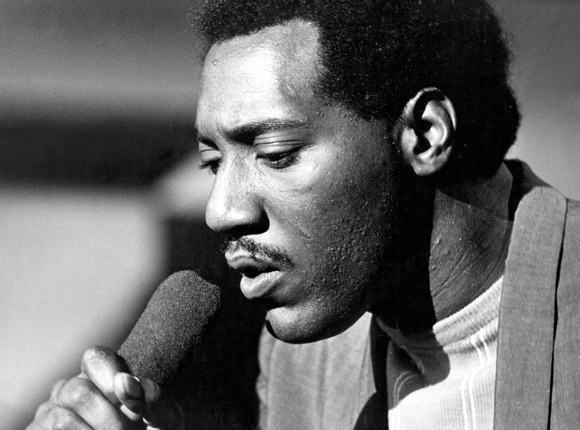 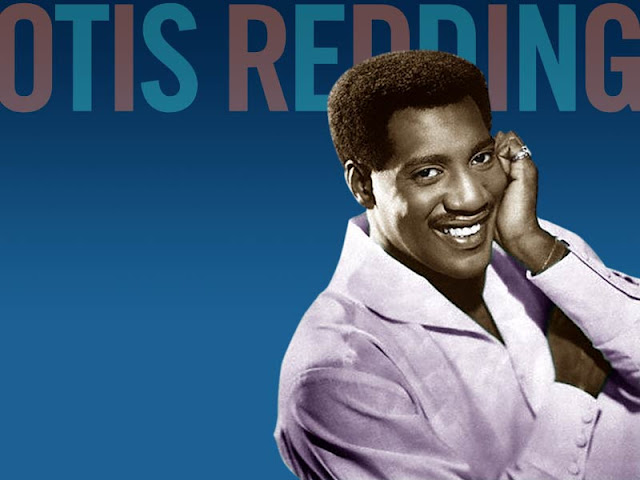 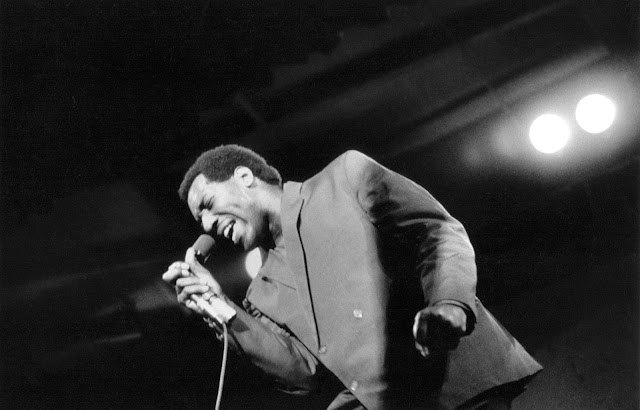 The Bar-Kays had the Top 20 Hit "Soul Finger" earlier this year and Otis Redding will have the biggest hit of his career when Volt Records releases "Dock Of The Bay" posthumously in January.  The record will go all the way to #1 and stay there for four weeks in Billboard Magazine, incredibly NOT reaching the top spot in either Cash Box or Record World.

The Hollies make an appearance on The Smothers Brothers Comedy Hour.

The Byrds kick off the first of an eight night engagement at Hollywood's Whisky A Go-Go.

The Steve Miller Band sign a five year contract with Capitol Records for the incredible sum of $860,000.  The deal also promises a $25,000 promotional campaign to launch their first release for the label.

OK, we teased you with it last week … returning to the #1 Spot at The Box Office this week is "The Jungle Book", reclaiming the throne in its EIGHTH week of release!!!  And it STILL managed to do over $3.4 million this week!  It has spent SIX of the last eight weeks at the top of the movie charts, never taking in less than $3.4 million in any given week … an UNHEARD of accomplishment for this classic animated film. 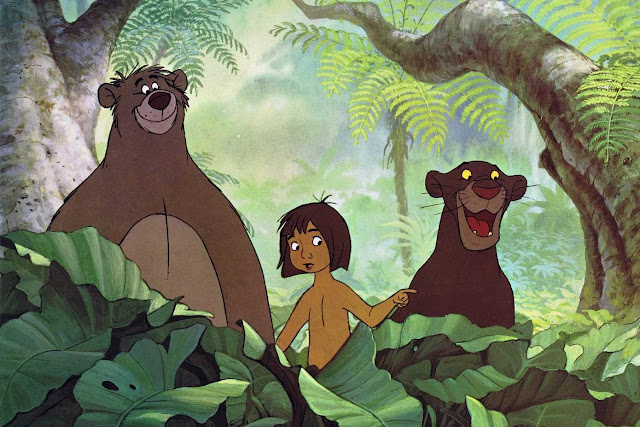