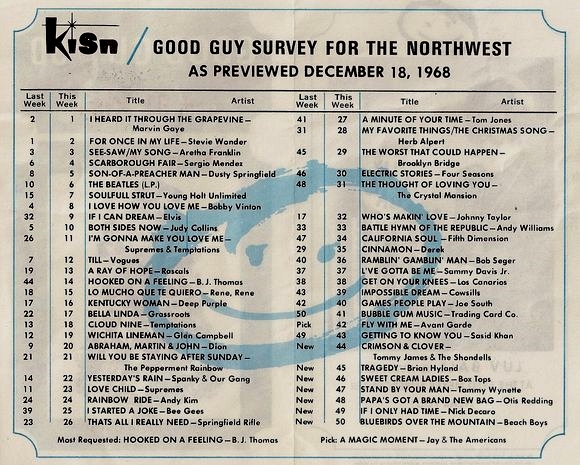 I love it ... the entire Beatles White Album is shown as the 6th most popular song in Portland, Oregon this week!  (We haven't seen the likes of this since the Beatlemania days ... although "Sgt. Pepper's Lonely Hearts Club Band" DID receive the same treatment last year.)  BOTH were landmark LP's for different reasons.  And could there be a more deliberate difference in sight and sound?


"Pepper" pulled out all the stops with its elaborate montage cover, featuring photos of dozens of luminaries, all selected by The Beatles themselves ... and what greater contrast could there be than a stark white cover for their first album release under their own record label, Apple Records.  (Sure, the OFFICIAL title was "The Beatles" ... but it was immediately and forever after known as "The White Album.")

Likewise, '"Pepper" took hundreds and hundreds of hours in the studio to record, with no expense spared to bring in full orchestras and Indian musicians to achieve the desired sound ... while a good chunk of The White Album seems to be solo tracks, some of which never seem to have gotten much past the demo stage.

I don't know that half the tracks on that deserve Top Ten status (our recent series "Redesigning The White Album" gives you some idea as to what tracks most of our readers felt could have been eliminated to create a much more powerful single LP) ... but "Back In The USSR," "While My Guitar Gently Weeps," "Ob-La-Di, Ob-La-Da," "Rocky Raccoon," the slowed-down version of "Revolution 1" and other favorites like "Mother Nature's Son," "Julia," "I Will," "Blackbird," "Birthday,"Sexy Sadie" and "Cry Baby Cry" found themselves immediately "radio friendly."


Elvis makes a HUGE leap this week (from #32 to #9) with the song that closed his NBC Television Special a couple of weeks ago, "If I Can Dream" ... and B.J. Thomas seems to have a runaway hit, too, with "Hooked On A Feeling," which leaps thirty places (from #44 to #14) in a single bound!


Interesting to see Spanky and Our Gang and Peppermint Rainbow (who sounded EXACTLY like Spanky and Our Gang) side by side on this week's chart and #'s 21 and 22 ... while the top debut belongs to Tommy James and the Shondells with their classic, "Crimson and Clover."  (kk)

Let's get to the true west coast this week.  Of this suburb of Portland, Oregon (just across the Columbia River), Meriweather Lewis (of Lewis & Clarke) wrote that it was "the ONLY area west of the Rockies worthy of settlement."

One really cool radio station settled there with a top 50 chart that yielded great music in the 60's.  This week in '68, it would be very odd to see the Beatles have an entire album charting at #6 (later known to all of us as "The White Album") AND Elvis back in the top 10 with the incredible comeback "If I Can Dream."  The 4 Seasons are going "electric," Brian Hyland continues his long string of chart records and Otis Redding is charting a year after his death (12/10/67.)

Attempting to be the next Davy Jones, Sajid Kahn tried turning actor to teen singing idol at #43.  Andy Williams was at #33 with the national song he sang at Robert Kennedy's funeral.  Tommy James and Joe South (who won the Grammy for Song of the Year with this one) were to reach new heights in their career with their new hits.  YET, I am going with two songs sandwiched between those mega-hits.

One is by the future original host of "Wheel of Fortune," Chuck Woolery as a member of the duo known as Avant-Garde.  Woolery was best known as a game show host and his "Love Connection" 1980's show set him on a long journey in that direction.  Still, the three singles Avant-Garde made for Columbia Records in 67-8 are ALL good and worthy of seeking out.  "Fly With Me" was the last of these and arguably, the best, following the top 40 hit "Naturally Stoned."  It failed, altho Woolery would sign a Columbia deal as a solo artist in 1970.

"The Rock & Roll Dubble Bubble Trading Card Trading Card Company of Philadelphia - 19141" must be about the longest name for an artist to ever hit the Hot 100.  In 1968, this song built on Buddah Records' bubblegum song title hits of the past year seemed like a no miss situation.  Written by the Strangeloves (remember last week's obscurity?), the song sold mildly and probably soon inspired Fun & Games' "Grooviest Girl in the World" mild hit using bubblegum titles from many record labels.  For me. "Bubblegum Music" summed up much of the year's music, take it or leave it!
-- Clark Besch

The countdown continues today of our 2018 Concert Favorites ...

After seeing Herb Alpert and Lani Hall in 2017, we just HAD to see Sergio Mendes when he performed at The City Winery this year.

Mendes painted a beautiful blend of sounds, hits and rhythms … and generated one of the most enthusiastic crowds I’ve ever seen at the typically a bit more reserved City Winery.

Herb’s coming back to this venue in 2019 … and we’re hoping to see him again.  We’re ALSO hoping that Sergio will make a return engagement … as this is a GREAT show featuring some incredible music. 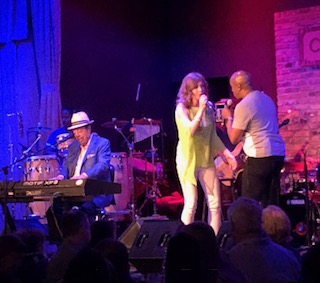 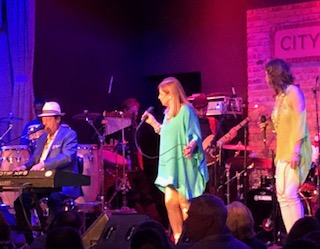 As soon as I heard about this pairing, I thought it would make for an interesting show … yet I didn’t snap the tickets up right away.  I had already seen Dave Mason a few times and figured he’d be doing much of the same material I’d already witnessed before … so the appeal of seeing legendary guitarist extraordinaire Steve Cropper was the real drawing card for me.

When Ron Onesti asked me to come out and review the show, I jumped … all in … and am SO glad I did.  It was, without question, one of the best shows I saw all year.

The two played extremely well off one another … and Cropper’s a great storyteller.  (Man, the list of songs this guy played on will blow you away!) 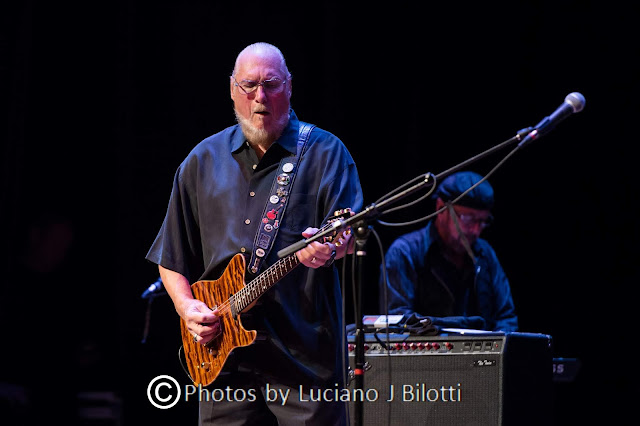 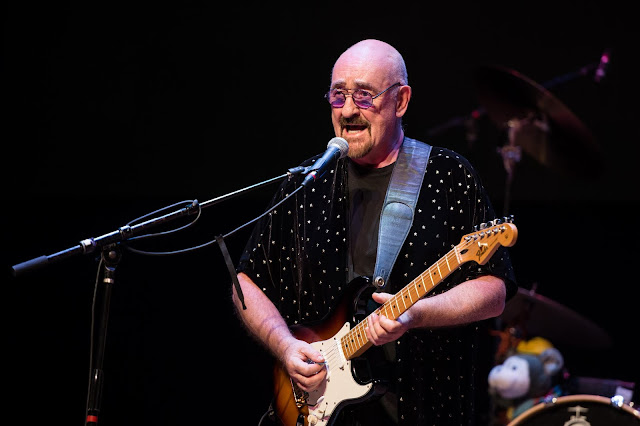 It is EXTREMELY rare for us to list a “cover band” as one of our best shows … in fact, I think the only time we’ve ever done it before was for The Orchestra, who actually topped our annual concert list a short while back.

But these guys are incredible.

We first saw them as part of the 50 Summers Of Love Tour, featuring Micky Dolenz and Mark Lindsay, the year before, and they blew us away … so we just HAD to witness the full, complete show experience.  And they did not disappoint.

Playing letter-perfect versions of songs The Beatles themselves couldn’t reproduce on stage, this show is a complete delight from start to finish.  (And the fact that it took place on the 54th Anniversary of The Beatles’ first appearance on The Ed Sullivan Show just made the whole experience that much cooler!)

Check them out the next time they hit your area.  (We liked them so much we ran a YouTube clip of their entire concert!!!) 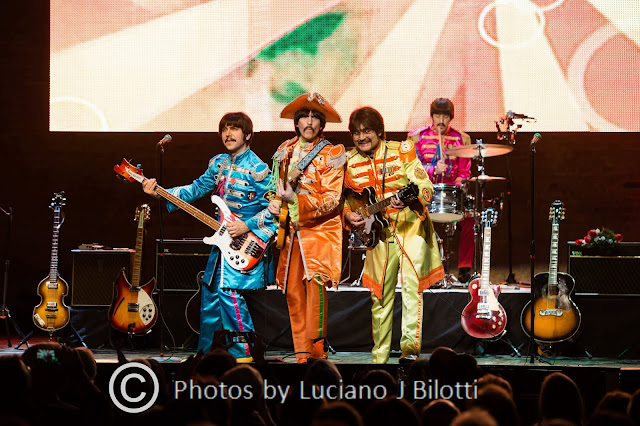 And, speaking of The Orchestra, here they are again! 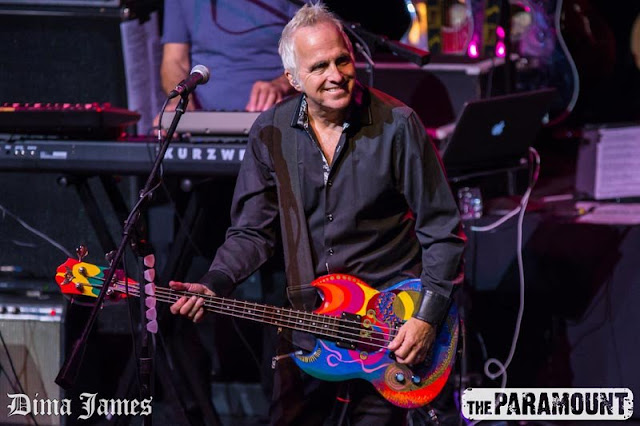 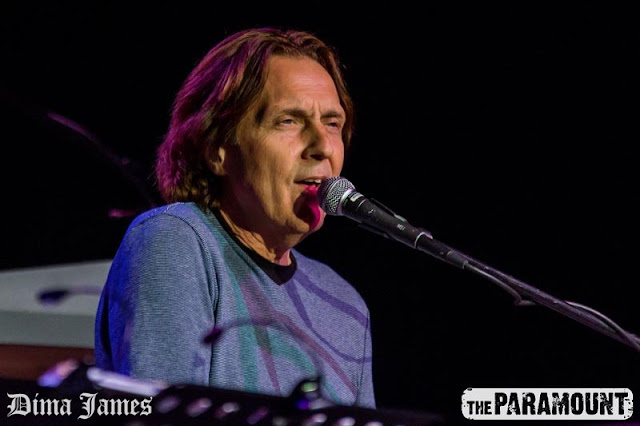 These guys are incredible.

Yes, Jeff Lynne is out touring again … (guess where he placed on this year’s Top Ten List!!!)  I don’t know what connection, if any, he may still have with these former members of various incarnations of ELO, but he can be proud that his music is being presented in the most professional and respectful way.  They do it justice in every regard and pay full tribute to the genius of Jeff Lynne.

Once again, one of the best live shows we’ve ever seen … unless, of course, you count the original … who sits at #1 this year!

Was there ever really any doubt?

ELO music performed to perfection with a HUGE band of top-notch musicians, featuring the guy who created it all.  It just doesn't get any better than this.

Lynne hadn’t toured The States for 35 years (incredibly, he’s already coming back again in 2019 ... and yes, we've got our tickets!) so this was a VERY hot ticket to be had … and Frannie scored us some GREAT seats.

The show is an absolute spectacle, brilliantly performed, orchestrated and executed.  Great laser light effects … and impeccable sound … this was the one to see in 2018 … and we are SO glad we did.

We love ya, Jeff … and can’t wait to see you again next year! 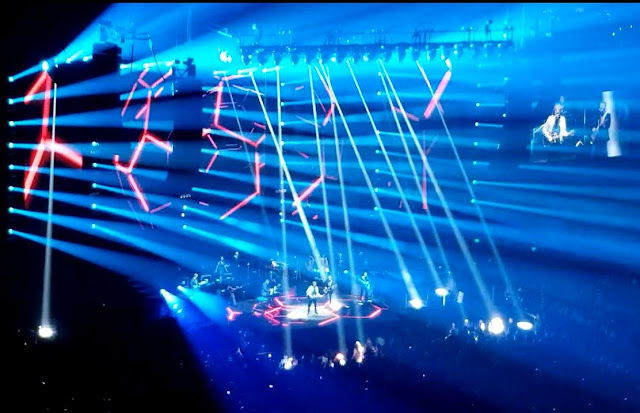 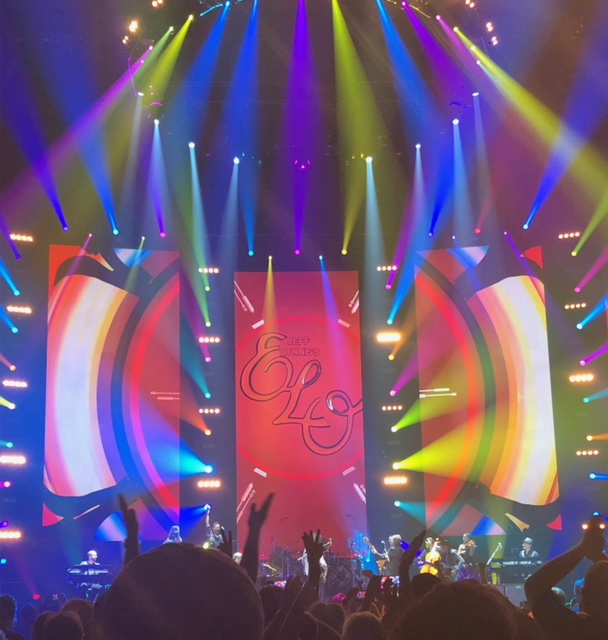 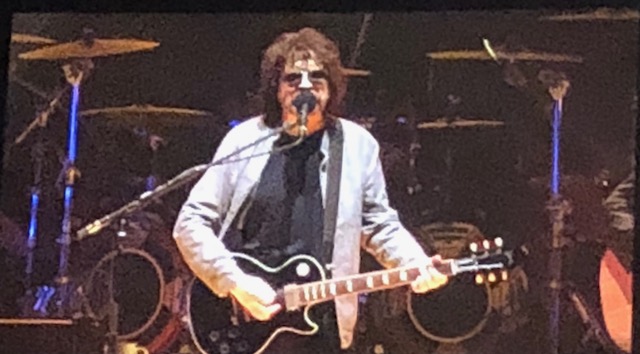 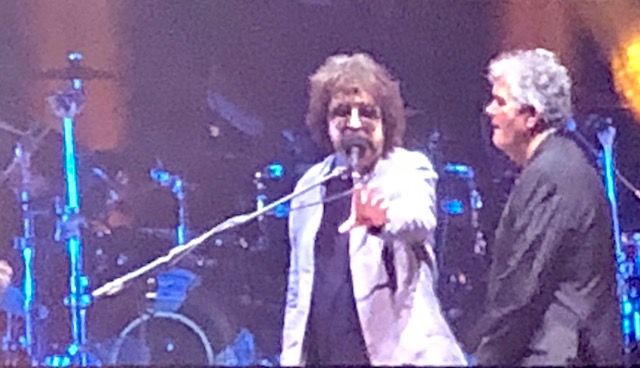 (No ... we couldn't get our picture taken with the master ... but here was the look of utter joy and enchantment on our faces just before the concert began) ... 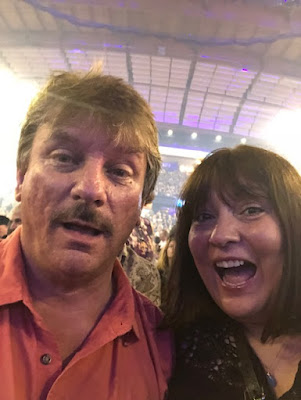 Other shows we saw this year included Peter and Jeremy (twice, actually … once on their own at The City Winery and again at The Fest For Beatles Fans, where they appeared with our good FH Buddy Billy J. Kramer), Tony Orlando and Dawn, Vince Gill and Amy Grant’s Christmas Show, Lou Christie and Felix Cavaliere, The Happy Together Show, Ann Wilson of Heart (which we be shown as a PBS Soundstage Special) and a few others … but these were the cream of the crop.

And we’ll be back out there again next year … LOTS of great acts we’re looking forward to seeing.

Thanks to all of these artists and venues for keeping this music alive.  It’s our lifeblood.
kk
Kent Kotal
Forgotten Hits
Posted by Kent Kotal at 6:00 AM