Today we pay tribute to the late P.F. Sloan.

I have had the chance to interview a few fellow 'Phil's' through the years.  The "F" stood for his nickname, 'Flip.'  That was also my nickname for a time when I was young.  In fact, an instructor at broadcasting school suggested Flip Flash as my radio name.  I am glad that I never went with that.  (No one today would know that was a play on 1970's camera technology.)

I was honored to have P.F. Sloan join me by phone in 2001.  We were promoting the very good Varese Sarabande CD , Child Of Our Times: The Trousdale Demo Sessions.  We talked about his early days as a writer for Screen Gems and his surf music days playing on records for Bruce and Terry and the Fantastic Baggys.

P.F. Sloan started out with sunny surf music but wrote all kinds of songs including pop and protest.

P.F. Sloan, in collaboration with Steve Barri, recorded songs that were eventually released as the Grass Roots.

That was actually the P.F. Sloan demo version of this song. Sloan had been in England pushing his tunes when he happened to catch the ear of producer Mickie Most. According to Peter Noone, it was Herman's Hermits who first recorded this song ... a year before The Grass Roots' version came out in
America.  (kk)
Sloan also penned this early hit for The Grass Roots ... a #23 Forgotten Hit from 1967.
OTHER SONGS WRITTEN BY P.F. SLOAN YOU MAY KNOW FROM THE '60's:
Eve Of Destruction and Child Of Our Times for Barry McGuire
A Must To Avoid and Hold On for Herman's Hermits (who also recorded the first commercially released version of "Where Were You When I Needed You," later a hit for The Grass Roots
Where Were You When I Needed You and Things I Should Have Said by The Grass Roots
You Baby and Let Me Be by The Turtles
Secret Agent Man by Johnny Rivers
Summer Means Fun by Bruce and Terry
I Found A Girl and One Piece Topless Bathing Suit by Jan and Dean 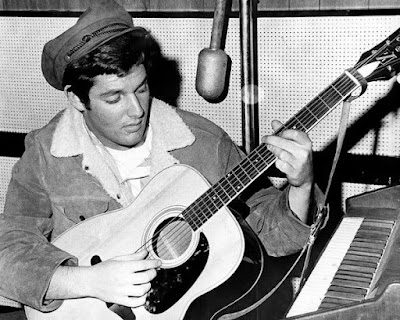 It used to be that April Fool's Day provided the perfect excuse for radio stations to dig out the novelty hits that they didn't typically play anymore as part of their daily rotation.  It was a "fun" way to celebrate the holiday.

But for the past few years, outlets like Forgotten Hits, Me-TV-FM and The True Oldies Channel have preferred instead to feature songs with the word "fool" in the title.  (You'll usually find those novelty songs featured as part of a "Turkeys" Thanksgiving Weekend these days!)

A few years ago we came up with about 50 "Fool" titles to choose from ... so, in the spirit of our very special SWEET 16 celebration, (revived for 2022) today we're going to feature 16 of our "fool" favorites.  (And, since we ARE Forgotten Hits, you'll probably a few surprises on the list this morning!)

Also coming up this April in Forgotten Hits ...

The Coast-To-Coast Monday Surveys continue as we make our way across the country (and 1972) ...

We hope you'll continue to make us part of your daily stop!

There’s an old story that tells of Chuck Buell who, as a very young boy, asked his Grandmother,“Who’s your Favorite Grandchild, Grammy?!”

She allegedly replied, “Why YOU are, Bumpkin!”

So, with that being said, here’s his Grammy's Favorite Grandson with this!  <kk>

This year’s Grammy Award Ceremony is this Sunday, April 3, 2022.

I wonder in how many short years, Kent, you’ll be writing something along the lines of, ”Remember this Forgotten Hit?!  It was a Grammy Award Winner back in 2022!” 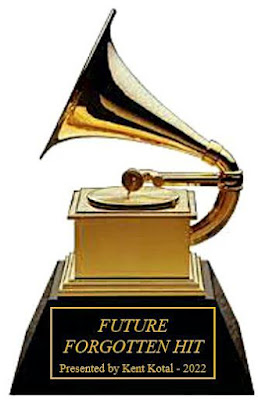 BTW, did you know that every one of each year’s individual Grammy Awards are made by hand, headed up by the same master mold-maker artist, who makes the molds in a small, one traffic light town in Southwestern Colorado (population just a bit over 700!) which are then used to cast each original metal award?

He’s John Billings and it takes him most of any given year to produce all those needed for an annual Grammy Awards Presentation, awards he’s been crafting for 40 years!  Here, I’ll do the math for you; he’s created over 8,000 of them!

In his small workshop in Ridgway, Colorado, he and two apprentices will make 362 Grammys this year plus 230 Latin Grammys. Each award can take 15 hours to finish. The current design has remained the same since 1985.

However, this year, there will be one very small change. A tiny camera will be incorporated into the award’s black base so it can live stream during this year’s awards. Amazing!

Billings once was approached about also making the Emmy awards, but he had to turn that idea down because of his time dedicated to making the Grammy Awards.

On a Historical Note, the very first Grammy was awarded in 1959. And what a year it was. Among the notable Forgotten Hits winners were: “Tequila,” “The Chipmunk Song,” which won TWO!” “Tom Dooley,” “The Best of the Stan Freberg Shows” and the “Music from Peter Gunn!”

I used to buy The Grammy Nominees CD every year since its inception … but finally stopped a few years back when I realized I didn’t know ANY of the songs up for contention!  (I swore it would never come to this … and I really don’t hate all current music … if by current music you mean songs that have still been charting for the past year and a half!!!  How do they even know what year to give out the award anymore?!?!)

But that first batch of Grammys sounds pretty interesting to me! (I remember covering Bobby Darin’s nominations for his “Mack The Knife” classic from The Class of ’59 in our month-long Darin series.  For all they hype about Bobby wanting to be bigger than Sinatra, they actually went up against each other that year … and they each won two.

From our Bobby Darin piece …

BOBBY DARIN was determined to prove the cynics wrong.  Despite all the advice he received to the contrary, he went in and cut the standards album he wanted to make.  BOBBY wanted to show his versatility as an artist and when the unlikely pop / rock candidate MACK THE KNIFE was selected as his next single, it blew the lid off EVERYTHING else that was out at the time.  It shot straight to #1 and stayed there for nine incredible weeks.  Besides several other previous chart appearances (most often as THE THEME FROM THREEPENNY OPERA or MORITAT), BOBBY made the song his own ... to the point that every "eek" he ad-libbed in the studio have now become permanently etched as part of the lyrics ... you end up singing along with each and every one of them every time you hear it.  RICHARD WESS did an INCREDIBLE arrangement and the song took on a whole new life of its own.  MACK THE KNIFE was a radio SMASH, crossing over to ALL genres of music ... even the JAZZ stations played it!

BOBBY was rewarded a few months later when he was nominated for four Grammy Awards.  In the Music Industry's second-ever (and first televised) ceremony, MACK THE KNIFE was nominated for Best Arrangement. (RICHARD WESS lost to BILLY MAY, who had done the arrangement on FRANK SINATRA's hit COME DANCE WITH ME.)  DARIN and SINATRA (and the same two songs) faced off again in the Best Vocal Performance Male category and SINATRA also won THAT award.  But then BOBBY rebounded with the Best New Artist award and topped off the evening by winning The Record Of The Year Award for MACK (which just happened to beat SINATRA's HIGH HOPES recording.)  By now, the comparisons to FRANK SINATRA had really started to escalate and would follow him for most of the rest of his career.  (How ironic that these two crooners would go head-to-head in so many categories at that year's Grammy Awards!)

At the end of the evening, whether he was pumped up by the excitement of the day's events or overcome by his own massive ego, exhilaration and / or exhaustion, BOBBY made a comment that would haunt him for the next several years.  When pressed by UPI's VERNON SCOTT about challenging SINATRA in all four categories (and winning in two), DARIN reportedly said "I hope to surpass FRANK in everything he's done."  Soon newspapers all over the country were talking about the cocky young kid with the big mouth, who was WAY out of line for even hinting that he deserved to mentioned in the same breath as OLD BLUE EYES ... despite the fact that those same newspapers had been playing up the comparisons for months already.

While DARIN would spend the next several years denying or down-playing the remark, SINATRA refused to comment.  In hindsight, it seems to have been more of a feud fueled by the press than anything personal between the two artists.  Photos circulated of SINATRA and DEAN MARTIN using a BOBBY DARIN album cover as a dartboard .... but the truth is that DARIN was close with fellow rat-packer SAMMY DAVIS, JR., most of his life.  (In fact, the liner notes for BOBBY's big crossover album, THAT'S ALL, even reprinted a telegram sent by SAMMY DAVIS, JR. stating "I've just heard the dubs for your new album.  What can I say?  They're so good I hate you!  But seriously, Bobby, I think the album's another step in a career that I feel will last a long time.")  Another well recounted incident tells that after one of BOBBY's nightclub engagement, JERRY LEWIS approached DARIN and told him that he was all alone in the league ... FRANK, DEAN, SAMMY and JERRY were all several years older ... and NOBODY else was doing what BOBBY was doing ... he had the whole arena to himself.  The only one who could louse it up for him was BOBBY himself ... otherwise, there was NOBODY out there that could touch him.  BOBBY took the advice to heart.

The most-famous comment SINATRA ever made on the subject when asked what he thought of BOBBY DARIN was:  "I sing in saloons.  BOBBY DARIN does my prom dates."  DARIN called it "one of the greatest single lines of all time" and said that he was only too happy to play Frank's prom dates ... until graduation!  (kk)

[Remember … the awards are usually held early in the year to honor the greatest achievements of the year before … so the 1958 winners that Chuck Buell was talking about actually received their awards on May 4th, 1959.  However, in 1959, they actually held a SECOND ceremony on November 29th to honor the songs from THAT year.  It was also the first time The Grammy Awards were ever televised.  It has been a once a year, February - April tradition ever since.]

1959 – RECORD OF THE YEAR – Mack The Knife – Bobby Darin (Darin also won BEST NEW ARTIST, despite the fact that he had been releasing records under his own name since 1956!)

1959 – BEST COMEDY PERFORMANCE – Ironically, “Battle Of Kookamonga” by Homer and Jethro, a parody of the SONG OF THE YEAR #1 Hit by Johnny Horton!  (Horton won BEST COUNTRY PERFORMANCE for his record)

As most of you already know, Forgotten Hits began as an email-only newsletter over Thanksgiving Weekend, 1999.

It grew to a point where it was simply too many emails to send during the course of a day ... so in 2008 we started this website that you are reading right now.

IS THE MUSIC OF THE BEATLES STILL RELEVANT TODAY?

It tied into the 2008 Grammy Awards Ceremony ... and it (like virtually EVERYTHING we have ever posted since) is still available for viewing by clicking on the links at the bottom of the site.

Here's a short cut to our very first issue ...