Davy Jones records his vocals for "A Little Bit Me, A Little Bit You", "She Hangs Out" and four other tracks and then joins Michael Nesmith (and his wife Phyllis), Micky Dolenz and Producer Chip Douglas for a night out on the town in New York City.  They eventually meet up at Ondines, where they hang out with members of Paul Revere and the Raiders and catch a performance by The Daily Flash.


Petula Clark is a guest on The Hollywood Palace tonight, performing "This Is My Song" and "Winchester Catherdral".

Also singing are Ernie Terrell and the Heavyweights!

Terrell (who is NOT related to Tammi Terrell, as is often reported ... but whose sister Jean sang with his group The Heavyweights and eventually went on to front The Supremes after the departure of Diana Ross, scoring hits with "Up The Ladder To The Roof", "Stoned Love", "Nathan Jones", "Floy Joy" and others) won The World Boxing Association Title  in 1966.  He would lose to Ali two nights after this evening's televised performance with his band.

The publicity surrounding the bout was the typical Muhammad Ali circus.  When Terrell refused to call Ali by his new chosen name and continued to refer to him as Cassius Clay during a press conference, Ali vowed to "punish him" in the ring.  (Listen to Jack Benny's introduction to see that he, too, has a little bit of fun playing around with Muhammad Ali's name.)

Ali taunted Terrell throughout the fight, dragging it out for the full fifteen rounds in order to inflict as much physical punishment as possible along the way.  (You can catch the fight in its entirety here:  https://www.youtube.com/watch?v=efBcVKmbLs8)

After he retired in 1973 (with a record of 46-9 and 21 knock-outs), Terrell moved to Chicago to become a record producer.  He also ran (unsuccessfully) for an alderman position in 1987.  He died here (in Evergreen Park) in 2014, reportedly suffering from dementia.

Also on this date, from Jeff March and Marty Smiley Childs ...

"No Fair at All" by the Association, the band's fourth national hit on the Valiant label, made its debut on the Billboard Hot 100 chart on February 4, 1967. Warner Bros., which distributed the Valiant releases, bought the label outright in 1967, primarily to add the Association to the Warner roster. "No Fair at All," which peaked at No. 51, resulted from a Yester brothers collaboration. Association member Jim Yester wrote the song, while the recording session was produced by his brother, Jerry (who was a member of the Modern Folk Quartet and subsequently joined the Lovin' Spoonful). 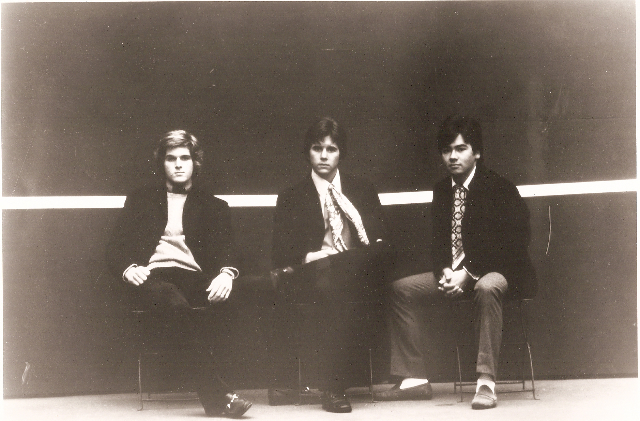 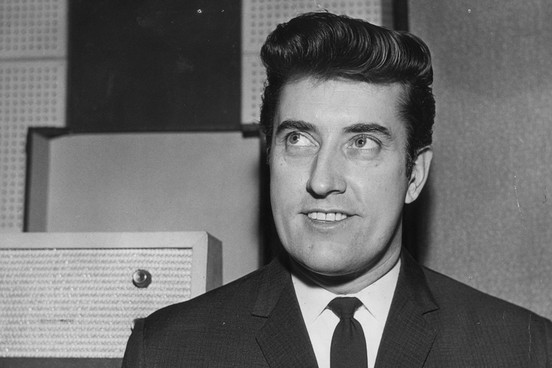 Brand new on the chart for the week ending February 4th are "Sock It To Me, Baby" by Mitch Ryder and the Detroit Wheels, debuting at #74, "Epistle To Dippy" by Donovan, which premiers at #79 and a couple of tracks bringing up the rear … "Baby, I Need Your Lovin'" by Johnny Rivers at #99 and "California Nights" by Lesley Gore at #100.

Bobby Hebb (performing "Sunny") and The Mojo Men (singing "Sit Down, I Think I Love You") appear on "Where The Action Is".

The American Basketball Association is formed … it lasts until 1976.  (The first ABA game is played on October 13, 1967)  Four ABA teams survived and merged into the NBA … The New Jersey Americans (who became The New York, The New Jersey and The Brooklyn Nets), The San Antonio Spurs, The Denver Nuggets and The Indiana Pacers.
Posted by Kent Kotal at 6:00 AM 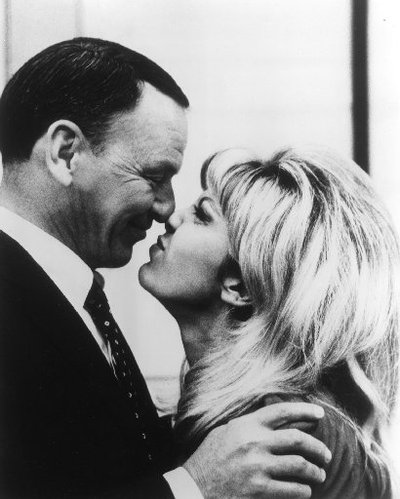 Nancy and Frank Sinatra record their future #1 Hit "Somethin' Stupid" at Western Recorders in Hollywood.  It will be the first Father / Daughter #1 Record in chart history.


Some found it creepy at first for a father and daughter to be singing this kind of romantic duet ... (actually, some STILL find it creepy!  Lol)

Hard to believe that today Nancy is 25 years older than her Daddy was (52) when he laid down this track fifty years ago today!

Meanwhile, across the pond The Beatles are laying down tracks to what will become the title theme of their brand new album … "Sgt. Pepper's Lonely Hearts Club Band".

The Miracles appear on "Where The Action Is"

The Beatles are in Knole Park, Sevenoaks in Kent, filming the promotional video for the new release "Strawberry Fields Forever".  (They also did some preliminary filming the day before.)

During a break, John Lennon wanders into a nearby antique shop in Surrey where he buys a circus poster that will provide the inspiration … and most of the lyrics … for "Being For The Benefit Of Mr. Kite", a track on their upcoming "Sgt. Pepper" album.

Michael Nesmith completes his vocals on the original recording of his song "The Girl I Knew Somewhere".  This version will remain unreleased for many years as the track is recut with Micky Dolenz handling the lead vocal as the B-Side of the American Single "A Little Bit Me, A Little Bit You". 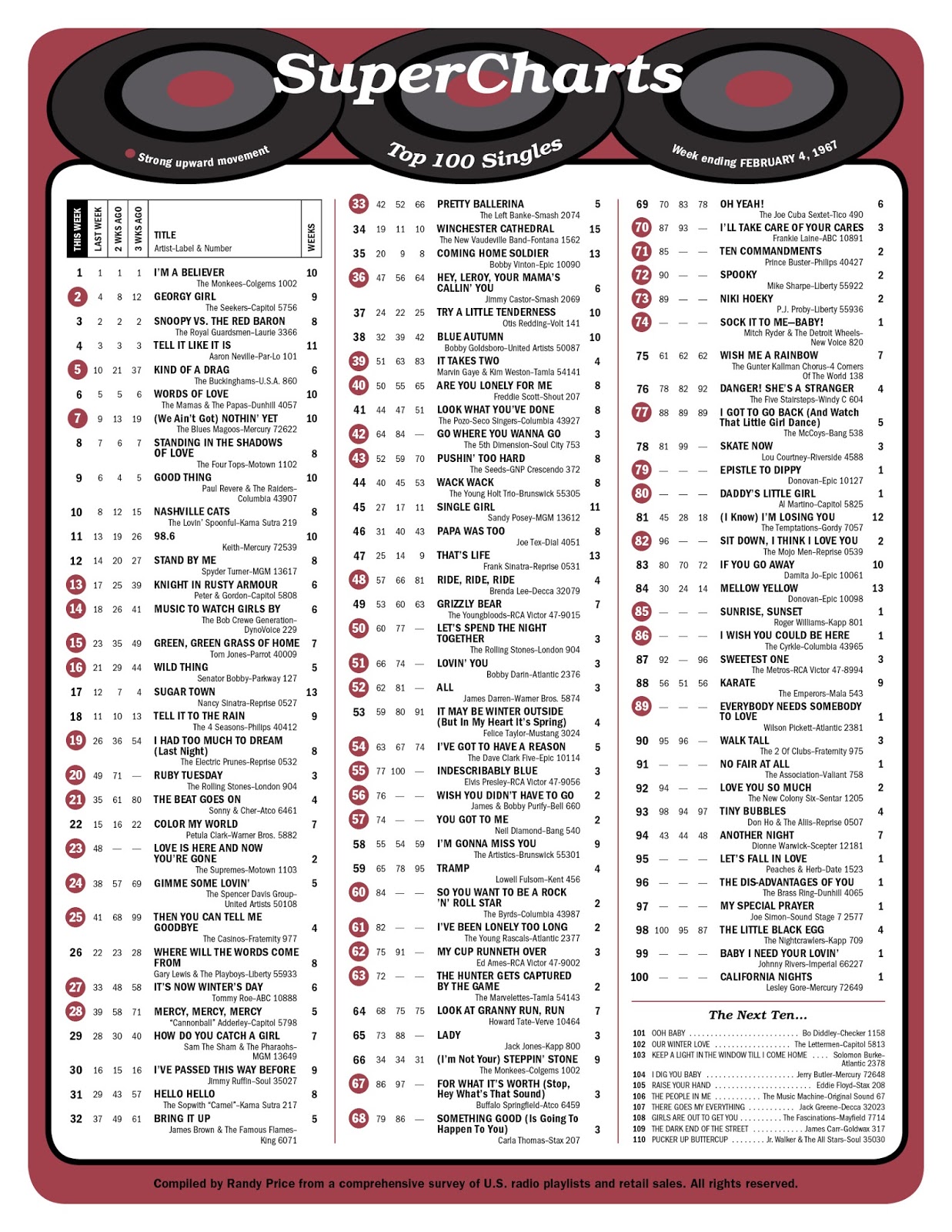