The Grooviest Week Ever (Part 5)

While hardly a Forgotten Hit, we couldn't really put together our
GROOVIEST WEEK EVER
without "The 59th Street Bridge Song"! 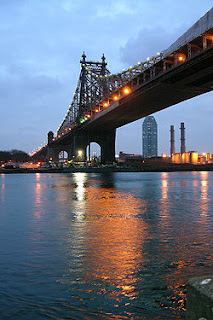 Paul Simon says he was inspired to write the song while crossing the 59th Street Bridge in New York City in 1966 ... and it first appeared on Simon and Garfunkel's "Parsley, Sage, Rosemary and Thyme" album later that same year.

(Many folks only know this song by its "parenthesis" title ... "Feelin' Groovy" ... and what's up with the drums on the Simon and Garfunkel version?!?!?)

Although the duo never officially released this track as a single, the avant garde / art-rock group Harpers Bizarre cut an arrangement in 1967 that went all the way to #13 on the Pop Charts.  It has since become nothing short of a pop standard ... and is one of those songs that is virtually impossible NOT to sing along with every time it comes on the radio!

***
We've paired this Paul Simon classic with ANOTHER song that has absolutely NOTHING to do with being a Forgotten Hit ... in fact, if anything, it can be considered a "Groovy" Standard.

And then again for Phil Collins 22 years later!

Of course I'm talking about "A Groovy Kind Of Love".

The Mindbenders had two major hit singles here in The States ... and BOTH of these songs went all the way to #1.  With Wayne Fontana on board, their first U.S. chart-topper was "Game Of Love" in 1965, yet another one of those songs that featured the irresistible "Louie Louie" / "Hang On Sloopy" / "I'm A Fool" guitar hooks that were so popular in the mid-'60's.

Fontana left the band before "A Groovy Kind Of Love" was even recorded and Eric Stewart (later of 10cc) took over the lead vocal duties on this track.  (In between The Mindbenders and 10cc, Stewart teamed with his long-time musical partner Graham Gouldman to form the band Hotlegs, who hit The National Top 20 with THEIR One Hit Wonder, "Neanderthal Man"!)
Phil Collins recorded his remake as part of the soundtrack to the film "Buster", a movie in which he also starred.  A second soundtrack song, "Two Hearts", ALSO topped the charts for Collins in 1989.
Posted by Kent Kotal at 6:30 AM