The Zombies - More On This Very Special Odessey and Oracle Tour

Last weekend we featured a review by FH Reader Brad Joblin of The Zombies' concert at Ridgefield Playhouse in Ridgefield, CT.  Today Tom Cuddy chimes in with a review courtesy of Cleveland's Rock And Roll Hall Of Fame Museum ... and also shares a couple more exclusive photos from the Ridgefield show with our readers.


Concert Review: The Zombies At Kent Stage by Bear

As I walked into The Kent Stage last night I ran into Tom Simpson, the promoter of the show, and he told me “Cleveland’s rock who’s who is here tonight”. I thought he was talking about me but the first person I saw was Jimmie Fox of the James Gang, saw Daffy Dan, saw the owner of Rubber City Radio, a couple of other concert promoters I knew, media people, various Cleveland and New York executives from the Rock And Roll Hall Of Fame and others then Tom turned to me and said “oh yeah, Graham Nash stopped in to see the show too”.

Okay I knew The Zombies coming to The Kent Stage was a big thing. I knew that them playing “Odessey And Oracle” in its entirety was a big thing but I really didn’t have a sense how big and how it would draw the people it did.

This was one of only twenty shows they were doing in the country and it drew from many states also. I overheard one gentleman from Florida telling another from Indiana he came in just for this show. Thinking this was going to be primarily a Northeast Ohio crowd, I asked Tom if they had ticket sales from outside the area and he told me they sold tickets to fans in California, Colorado, New Jersey, Texas and ten other states as well as Canada.

All of these people that came so far were not disappointed. From the opening chords of the 1965 song “I Love You”, you knew it was going to be a special night. They sounded amazing and for guys in their 70’s to still bring it on stage and rock it, that’s one thing ... but to still have the vocals to pull it off fifty years later, that’s amazing and they did it.

The first set was anchored by the current Zombies lineup of original founding members Rod Argent and Colin Blustone along with one-time Kinks guitarist Jim Rodford on bass, his son Steve Rodford on drums, and Tom Toomey, on guitar.

The set list pulled from the other Zombies albums included 1964’s “She’s Not There” and “Tell Her No” and a 1965 medley of the Miracles' “You’ve Really Got a Hold on Me” and Sam Cooke’s “Bring It On Home to Me”. There was Blunstone on his 1971 solo single “Caroline Goodbye”, and a nice mix of songs from their superb new album “Still Got That Hunger”. From the new album we got “I Want You Back”, “Movin On”, “Chasing The Past”, Edge Of The Rainbow”, “Maybe Tomorrow”, and “New York”. One nice note throughout the night was the interaction of Argent and Blunstone with the audience. Telling stories about the songs and what inspired them to write them. Letting us see behind the curtain so to speak. It gave you the impression they get what these songs mean to their fans and wanted to share it with them. The highlight of the first set was a rousing rendition of the 1972 Argent hit “Hold Your Head Up”, which had the packed house on the feet clapping and dancing with Rod Argent attacking the keyboards and interacting with the crowd. The last time I heard this song live was 1972 at the old Agora at its peak but last night might have surpassed it just on energy alone.

If the first set was the whole show, it would have been worth the price of admission alone.

A twenty minute intermission took place after the first set in which Argent told the crowd to “get some drinks ... we sound better when you’re drinking”.

The second set was what brought all of these people there, the playing of “Odessey And Oracle”. The band lineup changed slightly as Argent and Blunstone were joined by original members Hugh Grundy and Chris White. When the first notes of “Care Of Cell 44” came wafting out, it was vintage Zombies taking us to psychedelic pop heaven. It was apparent that the magic was still there some fifty years after the release of the album and the emotional weight of the song set the tone for the rest of the night. Blunstone’s vocals resonated on “Maybe After He’s Gone” with harmonies that just hung in the air. As they worked their way thru “Beechwood Park”, “Brief Candles”, “Hung Up On A Dream” the crowds enthusiasm increased with standing ovations following nearly every song. A surprising highlight for me was a sullen, minimalistic performance of “Butcher’s Tale (Western Front 1914) with Argent on pump organ and White on vocals evoked the horrors of a teenager during WWI. Ending the first set was their hit “Time Of The Season” which kept the crowd out of their seats and even after almost three hours wanting more.

The band came back out for an encore and performed “She’s Not There” again but this time with both bands on stage. To me it was a fitting way to end a great night of music with everyone on stage and everyone in the audience on their feet smiling and clapping.

Set 1:
I Love You
Can’t Nobody Love You
I Want You Back Again
Moving On
Edge of the Rainbow
Tell Her No
You’ve Really Got a Hold on Me / Bring It On Home to Me  (Begin Here)
Maybe Tomorrow
New York
Caroline Goodbye
Chasing the Past
Hold Your Head Up
She’s Not There

Set 2: (“Odessey and Oracle”)
Care of Cell 44
A Rose for Emily
Maybe After He’s Gone
Beechwood Park
Brief Candles
Hung Up on a Dream
Changes
I Want Her She Wants Me
This Will Be Our Year
Butcher’s Tale (Western Front 1914)
Friends of Mine
Time of the Season
She’s Not There 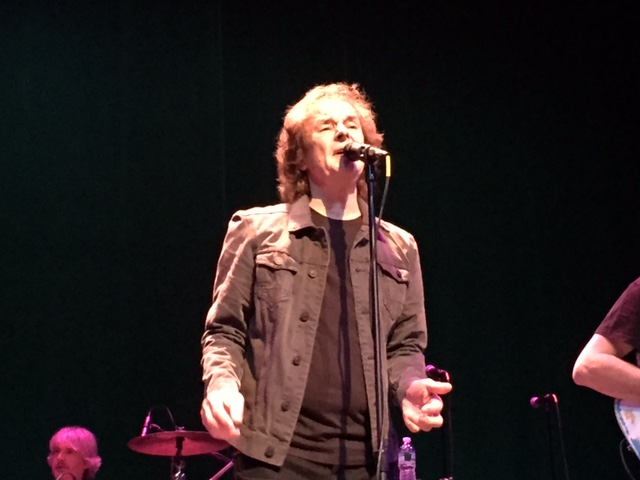 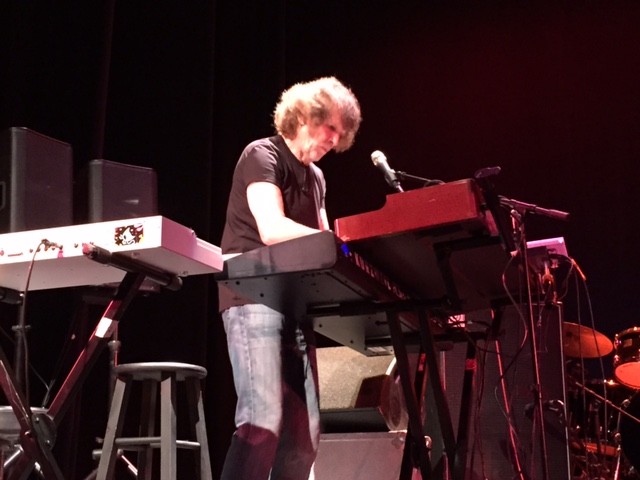 Read our Zombies concert review (from a couple of years ago) here:
http://forgottenhits60s.blogspot.com/2013/10/zombies-concert-review.html