So sorry to hear that Olivia Newton-John is battling a new wave of cancer … it’s in her spine this time.

This will be her third bout with “The Big C” since 1992 and she swears she will beat it again.  Livvy is turning 70 this month and one of her treatments involves the use of medical marijuana (cannabis oil) as a means for dealing with the pain.


Forgotten Hits named her show at The Genesee Theatre the #1 Concert of 2017.  Here’s hoping that she will continue to be able to entertain her fans once this most recent set-back passes.  (kk) 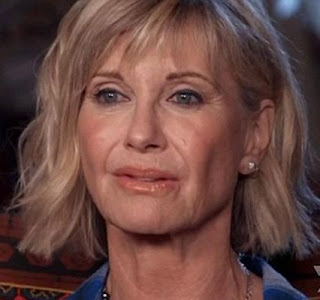 Speaking of great shows … and The Genesee Theatre … tickets for the return performance of The Cornerstones Of Rock go on sale later this week.
This show sells out EVERY time it plays … so don’t miss your chance to get tickets NOW before they’re all gone again.

The concert takes place on Friday, November 2nd, three weeks before they return to The Arcada Theatre.
More details for BOTH shows can be found on their online box offices …

Kent:
How could you show the short clip of Jimmy, Paul and Company dancing on The Tonight Show and skip out on the Elevator Surprise segment?  Imagine going on a tour of 30 Rock, the elevator makes an unplanned stop and the passengers see not only Jimmy Fallon, but Paul McCartney unexpectedly for a fleeting moment before the doors close.
And speaking of Fallon, since you know Burton Cummings, did he ever see the recent Tonight Show segment of Jimmy Fallon portraying him doing "American Woman".  I wonder what he thought of the parody?
https://www.facebook.com/JimmyFallon/videos/first-drafts-of-rock-american-woman-by-the-guess-who-w-kevin-bacon/10156467702273896/
-- Tim Kubat

You know, it’s funny … I watched the elevator clip four or five times … and thought it was hysterical.  (Can you imagine being on that elevator?!?!)  But I thought I had already reached the limit of Macca News that day and didn’t want to oversaturate the webpage.  (That being said, a few days have passed now … so there’s no reason we can’t run it this morning!!!)
Just type in Jimmy Fallon Paul McCartney on YouTube and you’ll find ALL kinds of excellent short clips to choose from.
As for the Burton Cummings thing, this is the first time I’ve seen it … which goes on to prove my point that NOBODY can copy Burton’s voice!!!  (I know Jimmy and Kevin Bacon do these segments all of the time but I’ve just never found ANY of them funny.  But typically Jimmy can nail the vocals pretty well … definitely not the case on this one!)  kk

kk …
More than thirty dresses and accessories worn on stage by Aretha Franklin are going up for auction.
Julien's Auctions said the items include a red sequined dress Franklin wore at Radio City Music Hall in 1991 as well as a jacket she appeared in with President Clinton at the 1999 National Medal of Arts ceremony … and a denim jacket given to her by "The Blues Brothers" crew members.  I wonder if the first two funeral dresses will be included (?)
The items will go on display between 11/5 and 11/9 at the Hard Rock Cafe in Times Square.
FB 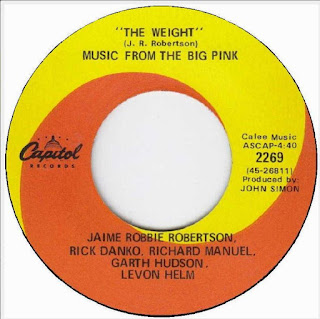 >>>Wow!  I had NO idea!!!  Not only do they show the artist as "Music From The Big Pink" but then they proceed to list each of the Band members by name.  (kk)

I couldn’t help but wonder if Joel Whitburn was aware of the billing on this original pressing. (Typically, in his Top Pop Singles books, he’ll note oddities like this as “original pressing … and then the discrepancy from the more popular, commercially released version” … and I had never seen this noted this way before in any of his publications … so I dropped hima quote note to is if, perhaps, he may want to draw attention to this fact in future, updated editions …

Hi Kent,
Yes, I'm aware of "The Band's" first single release that showed the five members as the artist.  I have the single.  The official recording credits on the single belong to those five members, in that order, not to The Band per se.  The album it's from is "Music From The Big Pink," which was released at the same time as the single, and shows "The Band" as the artist on the spine of the gatefold package.  The vinyl album shows the artist the same way as the single.  I chose to always show this great classic song as by "The Band," as do reissues by Capitol from 1970-on.
Thanks for the note, Kent!
Joel
Still something I would never have been aware of had we not selected “The Weight” as one of our featured tracks from our Saturday Surveys feature … so a GREAT learning experience for me, too!  Thanks, All!  (kk)

Hi Kent,
I started following your Forgotten Hits blog last summer when you were doing your Summer of Love series. I thought it was terrific. You should turn it into a book.
I saw your post about Paul McCartney and wanted to share something that might interest you.
My wife and I dumped the expensive cable companies last year and started streaming our tv. Sling is the main service we use. Our package with Sling includes a channel called AxsTV, which does a lot of music shows and concerts. One that I love is The Ronnie Wood Show where he interviews famous guests and they share favorite songs. Short story long, Paul McCartney was on The Ronnie Wood Show a couple weeks ago. I DVR’d it, but haven’t watched it yet, so I can’t say how good it might be. I can say that I’ve really enjoyed every episode of the Ronnie Wood’s show that I’ve seen so far.
I really enjoy your blog and have the same love of music from the 60s and 70s.
Take care and keep up the good work.
Sincerely,
Mark Thuente
Elk Grove Village
While I haven’t seen any of the Ronnie Wood shows yet, I’ve heard very good things about them … it seems the artists open up a bit more when speaking to “own of their own”!!!
I’m sure this particular episode is on YouTube … yep, here it is …
https://video.search.yahoo.com/search/video?fr=yfp-t&p=ronnie+wood+show#id=1&vid=c056e22ce1359fc580707b74e765c91a&action=click

For all our Beach Boys fans out there, here are a couple of things you may want to check out … 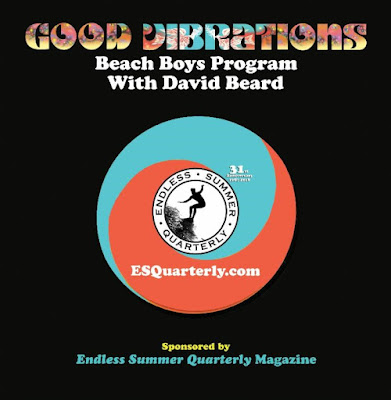 And from our FH Buddy Phil Miglioratti …

@The Beach Boys are best known for their many great hits composed by @Brian Wilson and lyricists including @Mike Love and others, but their catalogue contains at least 90 cover versions, some of which are classics, such as "Sloop John B," "I Can Hear Music," and "Barbara Ann," and others, such as "Wipeout" with the Fat Boys, that, um, are not. Phil Miglioratti of the Pray for Surf blog and Mark Dillon, author of Fifty Sides of The Beach Boys, engage in a lively discussion about the best, worst, and weirdest covers the group has ever recorded. Click on the link below to hear. What's your favorite Beach Boys cover track? 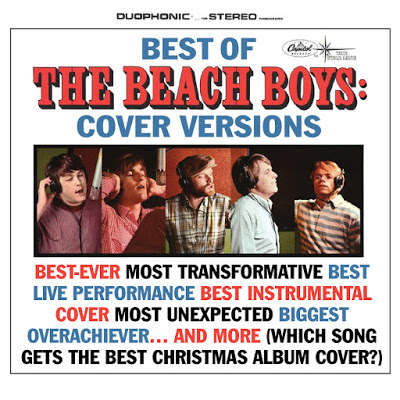 It was brought to my attention that I neglected to say that I am also selling copies of my brand new album, RETROPHONIC 5. It's not on my website yet but you can get it from me for $14 (that includes the mailer and postage).
Thank you!
Davie Allan
12100 Coventry Way
Unit 306
Tustin, CA 92782
Be sure to drop Davie a note if you’re interested!  (kk)

Hi kk …
Just catching up on some of your more recent postings …
I was surprised to hear about the Rascals' Gene Cornish collapsing on stage during their first song. Wow.  Glad someone in the audience knew how to revive him.  Chances are he may have had an inkling that his ticker wasn't what it used to be. Hopefully Gene is recovering nicely.  Thanks for info on Macca.  I see he had a concert on Friday at the Grand Central Station in NYC.  It was a big surprise appearance. Apparently, he asked the fans to use no devices and only be "in the moment. "
Kent ... I love how you find out these obscure things.  ie, The Band ... Yes, there is no mention of the actual name of the group. You were right.  At the time, I guess the folks in charge at Capitol Records were indeed confused by the whole name thing back in the day.  (You would think they would have had more music savvy than that.) It's amusing now to read all the names of the group. Tongue in cheek humor.   By the way, I had the pleasure of seeing the Band at least twice in their heyday. Their music has been used in movies and tv commercials. Always enjoyed them and now own the dvd of their big performance in NYC. Ahhhh ... the good old days!  Thanks for helping to keep them alive.
I also like what one of your devout readers said recently ...
>>>I keep abreast of the scene by your commitment to the musical world. Thanks for your enduring labour of caring contributions at forgotten hits, as you are needed and you bring to light a venue that caters to us true connoisseurs of musicianship. You showcase artists that otherwise would not have been updated to us. Thank you again for your passion and dedication. You care and it is duly noted.  (Vibeman)
I tend to agree.  Thanks for all you do and your diligence in keeping us appraised.
Sandy