We’ve come up with another interesting topic that is sure to stir the pot opinion-wise with our Forgotten Hits Readers.

One of the biggest events of 1968, of course, was the release of The Beatles' White Album, their first LP release on their own label, Apple Records. 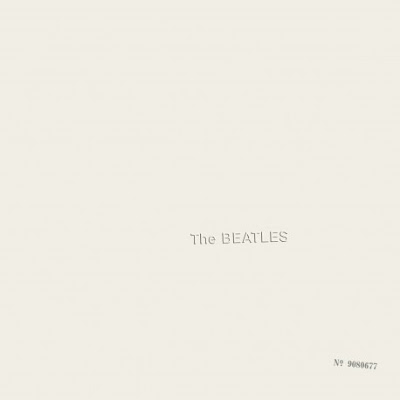 The two-disc set (actually called "The Beatles" but forever known as "the white album" because of its stark, plain, simplicity … a FAR cry from the elaborate compilation of imagery that graced their "Sgt. Pepper" album the year before) celebrates its 50th Anniversary on November 22nd of this year.  (Man, it seems like we just celebrated the album's 40th Anniversary … and you can find that classic piece, which dissects the album by way of noted Beatles Historian Bruce Spizer and myself, here:  http://forgottenhits.com/forgotten_hits_salutes_the_40th_anniversary_of_the_beatles_white_album

One of the biggest debates over the past fifty years has been whether or not the two-LP set was too much material, even for The Formerly Fab Four.  It was a lot to digest and, as such, many feel it allowed uncharacteristically weaker material to be released.  ("Revolution 9," anyone???)

Ever since the 50th Anniversary "Sgt. Pepper's Lonely Hearts Club Band" commemorative box set was announced last year, there has been quite a bit of buzz about the possibility of a similar special commemorative release to celebrate the milestone anniversary of "The Beatles / White Album" … which would feature even MORE material from this era.  (As if the thirty tracks it already contains are not enough!)  Apple Records announced last week that such a set will, indeed, be released on November 9th ... the deluxe edition boasting an incredible 107 tracks!
http://forgottenhits60s.blogspot.com/2018/09/when-we-say-deluxe-we-mean-deluxe.html 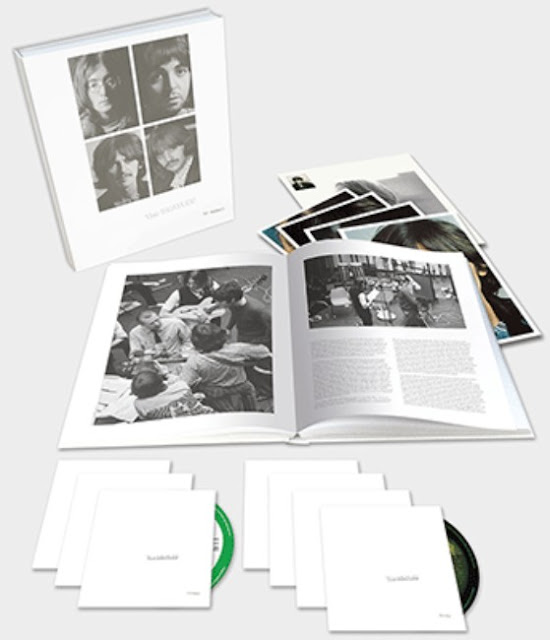 The Beatles came back from India especially inspired and between them had written dozens and dozens of new songs.  Suddenly, there was a wealth of material to choose from.  Why even George Harrison was able to work four of his compositions into the mix … one on each side of the LP … and, as a Beatles “guest star” first, he invited his buddy Eric Clapton to play lead guitar on one of his greatest tracks ever, "While My Guitar Gently Weeps."  (George has since said he had an ulterior motive ... with The Beatles drifting further and further apart, he thought a studio guest might help to keep them on their best behavior.  He would try the tactic again the following year when Billy Preston was invited to sit in on some of their sessions.)

When it came time to begin recording all of these new tracks, they could often be found working in several different studios, each laying down their own tracks, positioning themselves for space on what they now determined would have to be a double album. (It was almost as if they were each working on their own solo projects and then chose the best of the litter to fill out the album.  Without question, it was their least “group effort” to date.)

There is some GREAT material contained within these two discs ... and yet the debate has been going on for years …

Should The White Album have been reduced to a single disk?  And, if so, how would you do it?  (Hey, I've run this same scenario over and over again in my head numerous times over the years … and even allowing for a total of 16 tracks instead of the usual British 14, I still can't do it … there is just no way I can designate enough of the remaining 14 tracks as too inferior to include … although I can eliminate quite a few.)  Again, I ask, "Revolution 9," anyone???  Ringo's "Don't Pass Me By"?  The whole “Wild Honey Pie” / “Bungalow Bill” thing?  Heck,  think about it for a second … if "Helter Skelter" hadn't made the cut, the entire course of history may have been changed!)

I recently heard a short clip of Paul McCartney talking about The White Album on The Beatles Channel on Sirius / XM, stating that the LP had "a little something for everyone."   He goes on to say "Yeah, I’ve heard people say we should have cut it back to fewer songs and gone with a single LP … but c'mon, man … it's the fucking Beatles White Album!"  Amen.

So this was our challenge to you …

Can you get "The Beatles" / White Album down to just sixteen tracks?

You can sequence them any way you want (just designate an A and B side because that's how albums were made back then … and a lot of thought went into the song-sequencing between The Beatles and Producer George Martin.

You can get clever and devise ways to get more bang for your buck (For example: In this imaginary situation, I might have released "Ob-La-Di, Ob-La-Da" as a single, with a different White Album track on the B-Side … to allow myself the chance to include a couple more of my favorites on the 16-track LP.  The same could be true of "Back In The U.S.S.R.' and maybe even "Birthday."  Three singles could potentially eliminate six tracks from the 30, place them in a "safe spot" to still ensure their release ... and now leave you with only the task of narrowing down the remaining 24 tracks to 16.

We asked our readers to give it some thought … it's not as easy as you might think ... let's see what YOU come up with.

We'll be running some of the ideas that we have already received to date over the course of the rest of the week ... and see what kind of responses THESE might inspire!

There are no right or wrong answers ...

When we're done, we'll tally up all of the tracks and come up with the PERFECT 16 track set.

Meanwhile, let’s have some fun with this … Revamping The White Album ... exclusively in Forgotten Hits!  (kk)
Posted by Kent Kotal at 5:33 AM