Talk about your overnight sensations!!!

This kid is EVERYWHERE, singing her heart out to Queen's mega-hit "Bohemian Rhapsody" ...


The long-awaited, oft-delayed Freddie Mercury / Queen biopic officially opens today (hell YES we'll be going this weekend ... been waiting for this one for ages, even before "Borat" was attached to it!) and Queen fever is spreading around the world all over again.

Imagine what this had to be like for this "little queen" ... at that age, it's like memorizing the encyclopedia!  The words (many of which she recited phonetically) don't even necessarily mean anything to her or make sense ... yet she's probably heard the tune so many times it's forever embedded in her head.  (But what a memory!!!)

A couple of years ago we noticed that if you tell Siri "I see a little silhouetto of a man," your phone device will proceed to recite back to you a good chunk of the remainder of the lyric ... the song is EVERYWHERE (and has been since it first hit the charts back in 1976.  (Key scene in the film ... the record company exec who tells the band that NOBODY will EVER play Queen is played by none other than Mike Myers, who also played one hell of a head-bangin' scene in his own film "Wayne's World" a couple of decades ago to ... you got it ... "Bohemian Rhapsody"!  Curious to see if they also mention The Beatles' Apple Records turning down the band.)

First known primarily as an album band, Queen lit up the pop charts with a series of hit singles as well ... including seventeen Top 40 Hits between 1975 and 1981 (with four national #1 Hits.)  "Bohemian Rhapsody" was a hit twice, in fact, first peaking at #4 in 1976 and then at #1 when it was re-released to cash in on that infamous scene in "Wayne's World" in 1992.

Here's one that absolutely SHOULD have been a Top 40 Hit (it just missed) ... and a Forgotten Hit for sure!

Checking in with the Fan Vote this morning for the Rock And Roll Hall Of Fame Class of 2019, we find Def Leppard still on top with a commanding lead of nearly 45,000 votes (they have nearly 320,000 so far (which seems kinda light to me for first place ... guess there are quite a few other music fans out there that weren't all that impressed with this year's offerings), followed by Stevie Nicks (275,000 votes), Todd Rundgren, who's way back there with just over 185,000 votes ... but Top Three none-the-less, The Cure with a little over 165,000 votes and The Zombies, in fifth place with almost 160,000.
You can vote for YOUR favorites (or, as I like to refer to it as "the lesser of fifteen evils") here ...
https://www.rockhall.com/fanvote/

While this year's list of nominees is far from impressive, here's an article about a guy who should have been inducted twenty years ago ...

Check out this Chicago Tribune coverage of our FH Buddy Tommy James, who'll be appearing at the Genesee Theatre in a return engagement on  the 17th of this month ...
https://www.chicagotribune.com/suburbs/lake-county-news-sun/lifestyles/ct-lns-ent-tommy-james-genesee-1109-story.html


And, speaking of upcoming shows ...
Hi Kent,
Thank you for all you do to keep our music alive!
Two duos I always confused were Chad and Jeremy and
Peter and Gordon.
Now that I finally got them straight in my head, they form
Peter and Jeremy.
Mind boggling!
😊
John “Dr Doo Wop” Weitzner
We caught one of their shows at The Fest For Beatles Fans this year and were VERY impressed.  Both are still in fine voice and, with the passing of Gordon Waller a few years back, this pairing was a dream come true for fans of BOTH duos hits back in the '60's. 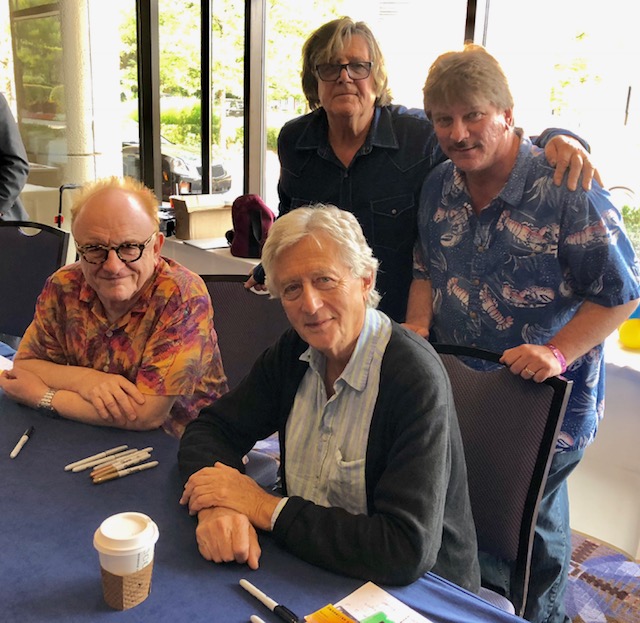 Peter and Jeremy (front) flanked by me and Billy J. Kramer (back) 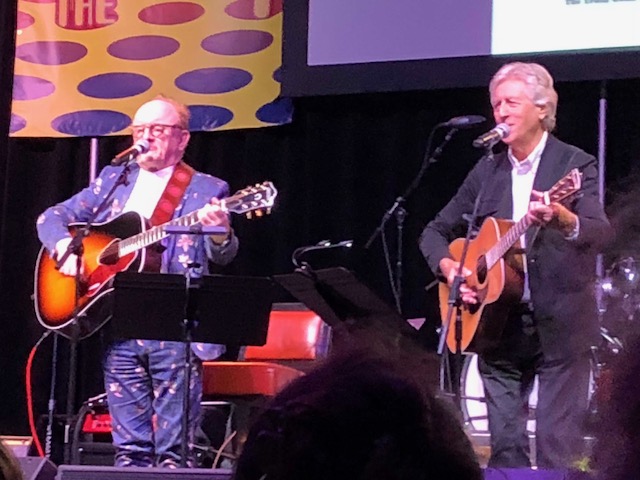 And the duo performing live on stage at The Fest For Beatles Fans, 2018
It looks like there are only about twenty seats left for this show this morning ... so if you're thinking about going, I'd grab a couple RIGHT NOW!!!
https://citywinery.com/chicago/catalog/product/buytickets/id/2762611/
And, just announced, Christopher Cross returns to The City Winery for two shows (March 19th and 20th) next year ... you'll find those tickets on sale now, too.
Gotta cut things short this morning ... already running late!
Join us tomorrow when The Saturday Survey stops in Delaware ...
And again on Sunday ... when we hope you'll spend some TIME with us!
Have a great weekend!  (kk)