>>>A tip of the hat to one of my favorites from this year's new crop of programs, "A Million Little Things," for their EXCELLENT use of our FH Buddy Tony Hatch's timeless classic "Downtown" in last night's episode.  (I wonder if Tony even gets "A Million Little Things" out in his neck of the woods ... which I supposed could be anywhere these days from The UK to Spain to God knows where!!!)
In addition to the Petula Clark original version (which comes at the end of an exceptionally pivitol and emotional scene) we also get a short clip of a beautifully slowed-down version ... would love to know who that one was done by ... did some digging this morning but came up empty.  Anybody know?  (kk)


Hi Kent,
I knew about the placement of "Downtown" in "A Million Little Things" because I had to OK it through Universal Music. (Nice sync fee, too!)
The series isn't shown in the UK and so far, no network has even announced they have it.
I got a copy of the scene in which the song is featured but, not knowing, anything about the series just made sure the usage was appropriate and no lyric changes, etc.
No trips planned to Chicago at the moment. We see you have (or had) a really cold spell. Hope you manage to beat the snow.
I always look forward to Forgotten Hits and you are doing a great job but I'm quite selective about what I choose to read. I notice you're really into the live music scene in Chicago but, being UK, I'm not always familiar with the 'star' names so speed read those bits.
I really enjoyed the piece about singers/musicians trading off hitherto big names. Especially amusing was '3 dog night' which is really '1 dog' now ... and he never sang lead with the original line-up. We have a similar situation in Europe,  especially Spain and the UK. You would be amazed how many groups there are calling themselves 'The Drifters' or 'The Four Tops,' etc. They get around the problem by the publicity having in the tiniest print possible "a tribute to." Moving on ...
All the best ...
TONY

How cool is it to wonder if Tony Hatch has ever seen an episode of "A Million Little Things" ... and then hear back from him in a couple of hours with an answer?!?!  Amazing!!!
Actually, I thought about sending you the complete episode, Tony, but out of context, it still wouldn't make much sense ... as this is one of those shows that you really have to watch every week because the story continues to evolve and new twists and turns and unexpected surprises along the way.  I will tell you, however, that if it ever does make its way to The UK, it's quite addictive!  (Actually, if you don't mind watching it on your computer, the complete series thus far is available on ABC.com ... but "Downtown" doesn't appear until Episode 14.)
https://abc.go.com/shows/a-million-little-things/episode-guide/season-1
Ratings have been thru the roof since ABC moved it to the time slot following "Grey's Anatomy" ... viewership is up 59% since then!
Great to hear from you ... if you DO make it back to Chicago any time soon, please let me know.  (I told Tony that to this day my wife still gives me a hard time because I've never taken HER to The Palmer House for martinis at the bar ... yet met Tony Hatch there several years ago!  lol)  We might have to "double date" next time!  (kk)


If you've been looking for an excuse to go to Las Vegas this spring, here might be a good one ... 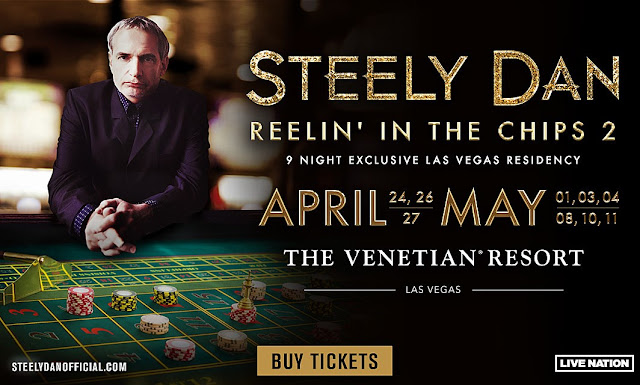 Tickets are on sale now to the general public ...
Steely Dan: Reelin’ In The Chips 2 Las Vegas Residency April 24 – May 11
The Venetian Theatre at The Venetian Resort Las Vegas
Click the link to view tickets!
www.ticketmaster.com/steelydan

See, now there's another example of what Tony Hatch was referring to ...
Steely Dan is down to just Donald Fagan now that Walter Becker has passed away ...
So why isn't this advertised as a Donald Fagan show?
Probably because the name "Steely Dan" is still far more familiar to the more casual fan.  (Let's face it, Steely Dan was never a real band anyway, with "permanent" players in place ... it was always a showcase for Fagan's and Becker's music.)
Still, I'll betcha this would be a GREAT show to see on The Vegas Strip this spring!  (kk)

We've been talking quite a bit about "Soul Train" of late, due to the new BET Television Series "American Soul" that we're thoroughly enjoying ... but now FH Reader Frank B tells us about a brand new Motown 60th Anniversary Television Special being taped next week ...


Smokey Robinson will host "Motown 60: A Grammy Celebration," an upcoming celebration of the 60th anniversary of Motown Records.
Cedric the Entertainer will co-host the event, which will be filmed Tuesday in Los Angeles — two days after Sunday's Grammy Awards — Motown announced on Wednesday. The concert will be broadcast on CBS at 8 p.m. April 21.
Performers on the special include Stevie Wonder, Diana Ross, John Legend, Ne-Yo, Little Big Town, Boyz II Men, Chloe X Halle, Meghan Trainor, Fantasia, Pentatonix, Thelma Houston and more.
The show will be filmed at L.A.'s Microsoft Theater. Tickets to the show, $40-$205, are available through AXS.com.
-- Adam Graham

Wow, it's been awhile since Motown 25, hasn't it!!!
With so many Motown legends gone now, it's cool to see that Smokey, Diana Ross and Stevie Wonder will still be on hand to help celebrate.  (Might we also see The Jacksons, Martha Reeves and a few others as well??? And, hopefully, some vintage clips from back in the day?)
Sounds like more of a "Tribute To Motown" based on this line-up ... but how can anybody resist this great music??? 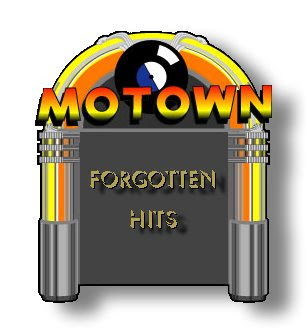