We are fortunate to have two extremely talented band leaders / musical directors on our list who, over the course of the past couple of decades, have helped to resurrect the careers of some of our '60's heroes (like Tommy Roe, Peter Noone, The Box Tops, The Rip Chords, Jay and the Techniques, and others) and get them back out on the road, touring again, so that we fans can enjoy their music again in a live setting.

One of these guys ... Rick Levy ... has just written a book titled "High In The Mid 60s:  How To Have A Fabulous Life In Music Without Being Famous" ... which got us to thinking ...

How cool would it be to have the OTHER one of these guys ... Bob Rush ... write a review of Rick's book!!!  (Both Rick and Bob have been long-time Forgotten Hits Readers and contributors ... and share a lifetime of memories on the road, living the rock and roll dream.)  Rick currently heads up The Box Tops, recently inducted into The Memphis Music Hall Of Fame and gigging all over the world, while Bob was instrumental (pun intended) in putting The Rip Chords back together.  He has also done some of these great PBS fund-raising music programs and served as the U.S. Correspondent to Great Britain's music magazine, "The Beat."

Even better ... these guys know each other ... and have a great amount of respect for one another.  (Sounds like a winner to me!)

So, without any further adieu ... take it away, Bob!

HIGH IN THE MID 60S:
HOW TO HAVE A FABULOUS LIFE IN MUSIC WITHOUT BEING FAMOUS
- Rick Levy 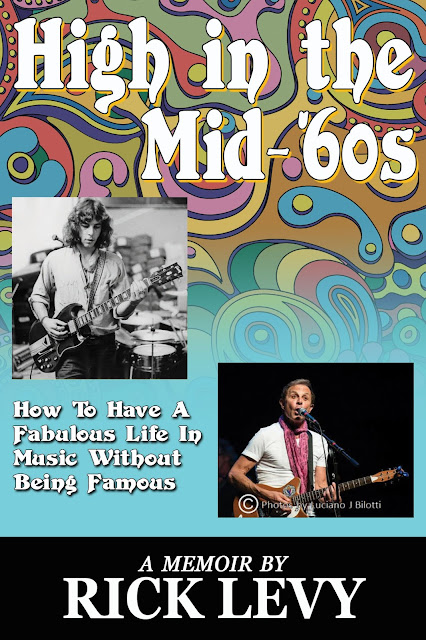 First of all, “High in the Mid 60’s” was the name of one of author Rick Levy’s bands’ albums from the 1960’s.  And, you have to admit that, from this vantage point, it’s a helluva terrific name for this book about a guy, now in his mid-sixties, who’s written this book about playing in a band and being high in the mid-sixties, had a band in the 60s who had this as an album title, and who now lives in his dream-town in Florida. where the temperature at night is … got it?

This is a passionately written book about a life that’s been, and is being, lived with passion – passion for music, for his family, for his friends, and for Life.  It’s a book about living a fulfilling, and fulfilled life, by doing what energizes and drives you the most.

This is the engaging auto-biography of music biz vet Rick Levy, who grew up in a stable, suburban, Jewish, middle-class home, with loving and protective parents.  And, it’s the story of a man who – despite all these odds – grew up to be a success in the music business anyway!  Rick’s early epiphanies and excitement about the entire music scene were inspired, fostered, and supported by family friend, “Uncle” Elliot Wexler, a New York record man with a host of credentials himself. 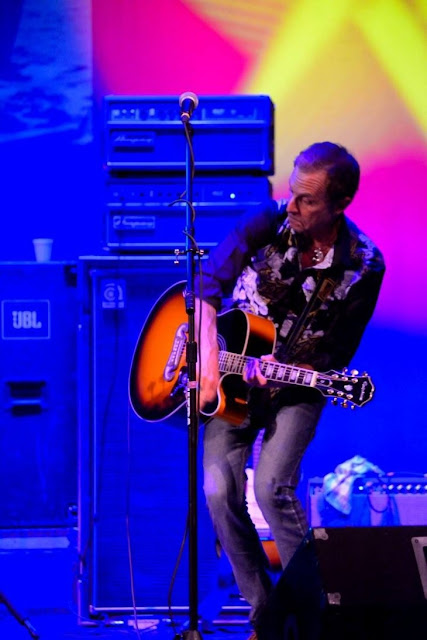 The author in action

I first met Rick around 1997 when I was the music director of The Rip Chords, a band I had just recently helped re-form after over 30 dormant years since their hit records, “Hey Little Cobra” and “Three Window Coupe” (and, thanks, Rick, for the shout-out in your book.)  Our second major gig since reforming was on a bill with Herman’s Hermits Starring Peter Noone, Tommy Roe, and The Box Tops, in a theater in Reading, Pennsylvania (not to be confused with Reading, in Berkshire, England, which, being an American, I am certain was named after the one in Pennsylvania … No?)

The music director and lead guitarist for Peter Noone was this smooth, English-looking guy named Rick, who played a couple of gorgeous axes.  He had Peter’s band decked out in beautifully tailored, 60s-style sharkskin suits that would have made Dougie Millings proud.  And, damn if they didn’t sound just like the Hermits’ records!  Peter, Rick and the boys sounded terrific that night, and Mr. Noone, as always, rocked, charmed, and entertainment the house. 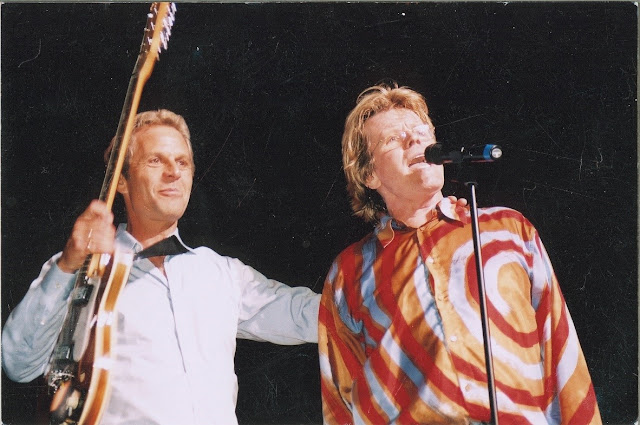 Onstage with Peter Noone 2002

Talking with Rick backstage, I learned that Mr. Levy also managed Tommy Roe as well as The Box Tops.  Impressive, to say the least.  We hit it off well, and soon Rick was booking The Rip Chords on a number of shows, supporting The Box Tops, and many other acts he managed and booked in those days, including Jay (Proctor) and The Techniques, and “Mr. Excitement,” himself - Freddy “Boom Boom” Cannon, as well as more gigs with Peter Noone.  Somehow, he even connected Beach Boy Al Jardine to The Rip Chords, and we did many shows with that extremely talented and kind man. 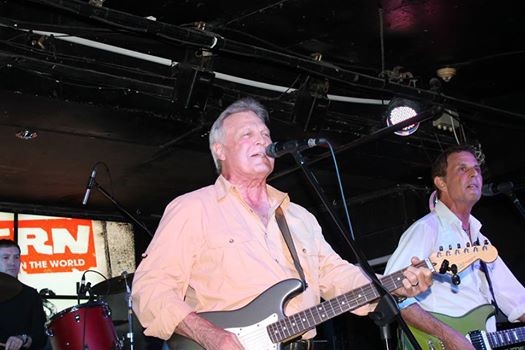 With Tommy Roe at The Cavern Club in Liverpool, UK, 2014

The point is:  Rick Levy knows people!  And people know him!  And, he enriches all of his friends with wonderful opportunities to play and perform wonderful music.  This is Rick Levy’s raison d’etre, and he lives it extremely successfully.

His career began in Allentown, Pennsylvania, and quickly escalated to Philadelphia, and other Eastern centers of rock and roll.  His 60s - 70s band, Wax, was one of the three or four hottest bands in the Philadelphia area in the late 60s, and included future Hooter, Rob Hyman.  To put this important and musically nascent era into perspective, no less than Todd Rundgren was one of Rick’s musical colleagues and competition for the spotlight.  One might think that Mr. Rundgren won that particular rivalry, but one would be mistaken.  While Rundgren has emerged as a great and well-known talent, Rick Levy has achieved the same, but a little more quietly.  His renown is on a quieter, yet no less active, level.  And, he has been working music – and only music – his entire life.

We’re now being treated to a veritable cornucopia of biographies, auto-biographies and well-crafted myth-supporting volumes of most of the greats we’ve come to know and love.  But, what of the unsung heroes who have been there all along, supporting the ones we know and glorify?  Welcome to “High in the Mid 60s” – a book about a man who has been there, done that, and keeps on doing it!

Rick is now a touring member of The Box Tops (who were just recently inducted into the Memphis Music Hall of Fame) and still having a helluva good time doing what he loves the most!  As he says, “The challenge is to keep reinventing yourself so you’re still viable.”   Of course, there are the behind-the-scenes tell-all’s that add a little juice to the stories, but, like the author, Rick’s book keeps it on the high-road. 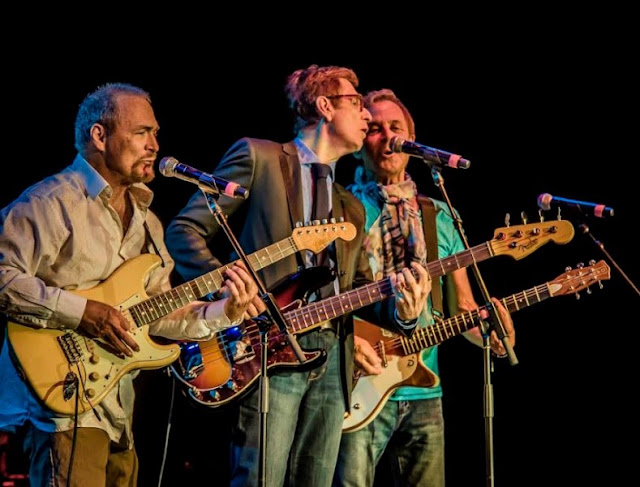 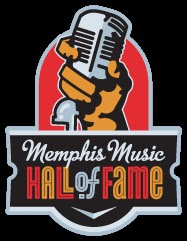 The book is available at Amazon.com and also direct, at Rick’s website www.ricklevy.com 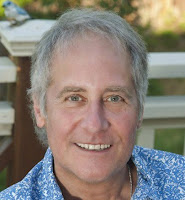