This cool station was nearly in my back yard (I was living in Dodge City, Kansas) in 1968 and with fellow Wichita Top 40 KEYN-FM, now in stereo on air, the AM/FM battle was for real for the first time in mid-Kansas.  KLEO broke lots of music in its years and this top 40 has a fair share of goodies to choose obscure tracks from.  #1 and 2 boasted fake artist names, as Derek was actually previous hit maker, Johnny Cymbal and the Archies were, for the most part, our FH'er Ron Dante singing what former Monkees guru Don Kirshner created after his ouster by the pre-fab 4.  This chart presents the NC6's biggest national hit for the first time on our survey journey of 68.

Yet, I will choose two great obscure tracks from the lower reaches.  #32 was Nick DeCaro's pretty instrumental, "If I Only Had Time."  This was originally a vocal international hit by various artists, but inexplicably failed here in the US in a year when the instrumental genre was huge.

It's December, and likely you are getting pummeled with Christmas music on your local stations, like every year.  50 years ago, Christmas music was generally played only a week before the holiday for the most part.  One of the newest and BEST of the 1968 Christmas tunes was Bobby Goldsboro's nice #35 "Look Around You" 45.

And Elvis jumps up ten places to #30 with "If I Can Dream," from his brand new television special that aired earlier this week on NBC. 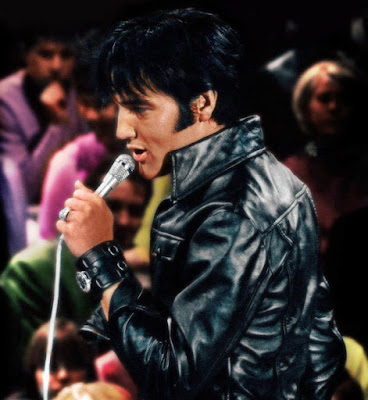 12/5/68 – The Rolling Stones “Beggars Banquet”  LP is released.  As part of the release party, and actual banquet was held for the press … where a pie-throwing contest ensued.

Also on 12/8 - Graham Nash officially quits The Hollies.  The following year, his first efforts with David Crosby and Stephen Stills will be released as Crosby, Stills and Nash.