And, instead of the usual five artists being inducted, The Rock Hall has opted to honor SEVEN artists this year …

Yet they STILL couldn’t find a spot for Todd Rundgren, who finished near the top of the Fan Vote.  (It’s a HUGE snub … even more so when one considers that The Nominating and Voting Committees found that the public would be better served if they inducted Stevie Nicks for a SECOND time rather than give Todd his due once!)

Billboard opined that the list seemed selectively British this year … and we’ve also covered the point numerous times before about how The Rock Hall evidently doesn’t take the rock artists coming out of Canada very seriously in the scheme of things!  (Once again, The Guess Who have never even been so much as nonimated!!!)

And FH Reader David Lewis told us that down in Nashville (which is where we're headed), musicians are “especially upset” about Todd being slighted again.

The induction ceremony will take place in Brooklyn on March 29th … and air shortly thereafter on HBO and over Sirius XM.  (kk)

kk …
I remember hearing Tony Orlando tell his story that Bobby Darin left him his rhythm section.
Tony Orlando was also with popular DJ Murray The K at the time of his death.
FB
Tony’s biography is a great read … this man has had some incredible highs and lows … and has been able to come back from all of it feeling truly blessed.  Pick up a copy if you get a chance … it’s a very interesting book.  (You’ll also hear how, after helping to kick-start Barry Manilow’s career, he was later blindsided by the artist on a royalties deal.)  kk

Thanks for the write up on my favorite, Tony Orlando! I'm looking forward to seeing him again in January, alas, without Telma and Joyce.
I was at the show in 1977 when he had his breakdown on stage over the death of Freddie Prinze, where he performed with Dawn for the last time for a very long time.
After all these years, he is still a great showman, always giving it his all, always thankful to his fans. His band is amazing - each a star in their own right. The crazy jams are my favorite part - when he gives each of them a time to shine.
Thanks for the pictures and the review!
Eileen Shank
Tony has always had an outstanding band … but they didn’t get to share the spotlight so much this time around … it was all about the music, the holiday spirit and the reunion.  (There was one point where keyboardist / guitarist Kerry Cole sang a verse of “White Christmas” in his Willie Nelson voice that brought a smile to all of our faces … but these guys typically REALLY cook on stage … and you’re absolutely right … Tony has always given them their own spot to shine.  (kk)

Here’s a review we ran on one of Tony Orlando’s show from a few years ago …
https://forgottenhits60s.blogspot.com/2015/07/tony-orlando-live-at-arcada-theatre.html

And a little bit more of what I was talking about on the Manilow / Orlando front …
https://forgottenhits60s.blogspot.com/2015/07/our-recent-reviews.html

I’m telling you … you could spend MONTHS going thru the Forgotten Hits website catching up on some of the cool stuff we’ve covered over the years!!!  (And this weekend might be a good time to do that since we’ll be out of town and unable to post anything new!)  kk

Hi Kent:
Thoroughly enjoyed your Tony Orlando & Dawn review today.  And I wanted to thank you for including updates on the station in your past two newsletters.  There’s quite a bit of overlap between your readership and our listenership, I’m seeing, so you’re helping keep them informed.
It’s interesting to see where people get their news.  When Comcast dropped us (as of December 1), we posted an announcement about that on social media and our home page.  Over a hundred people responded over the next few days.  Yet, I’ve been getting 3-4 notes each day since then from listeners asking, “Why can’t I get you on Comcast?”  Your newsletter is another way of filling the information gap.
Have a great day.
Rick O’Dell
Me-TV-FM

Kent,
A few observations from the Tuesday evening Brian Wilson Christmas Concert in Sarasota, FL - -
It never crossed my mind that I would one day hear the entire Beach Boys Christmas album live ... But tonight that’s what happened!
From Little Saint Nick to Auld Lange Syne.
Plus, a little bit of church. We Three Kings (wise men and women) still seek Jesus …  and a stunning rendition of O Holy Night, beautifully sung by Blondie Chaplin.
Added to The Man With All the Toys ...  let every heart prepare him room.
Thank you, Brian, for inviting Jesus to this Christmas party!
Phil 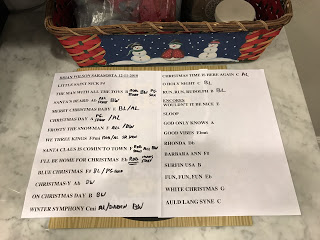 Odds are that by the time you read this this morning we’ll already be on our way to Nashville, TN, for the weekend.  One of the highlights will be seeing Amy Grant and Vince Gill perform their Annual Christmas Show at The Ryman Auditorium Sunday Night.  (This will be our last concert of 2018 … which reminds me … we still have to put together our list of The Top Ten Concerts of 2018 when we get back … so be sure to stay tuned for that!!!)  We'll also meet up with a couple of long-time Forgotten Hits list members ... so this should be a fun fun fun weekend.  (Sorry ... I've still got Phil's Beach Boys comments in my head!)

We also still have to give away copies of Mark Bego’s newly revised Aretha Franklin biography … so if you haven’t entered for your chance to win a copy yet, do it NOW because the deadline will be next Tuesday, December 18th.  We’ll announce the winners by week’s end!  (kk)

Wednesday Night we watched “The Goldbergs” Fall Finale on ABC … and during the course of that half hour broadcast they showed (in order) the Brook Benton “I Want To Be With You” / Lincoln car commercial … followed by the Elvis impersonators “There’s Always Me” Verizon commercial … and then, during the very next break, an Amazon commercial that features Bunny Siegler’s “Let The Good Times Roll.”

Then, watching “The Connors” On Demand (man, I am REALLY digging this show … they’ve done some GREAT character development now that Roseanne is out of the way … they did a bit at the bar between John Goodman and Katy Sagal, who were making plans to go to Ravinia (a very popular outdoor music venue here in Chicago) to see “a bunch of oldies bands” … or at least “what’s left of them” … like Gladys Knight and the Pip … The Two Tops … a Righteous Brother … and One Dog Night!  (Boy, how many times have we covered THIS topic?!?!)  There’s also a nice shout-out to Baby Huey and the Babysitters and their non-hit single “Messin’ With The Kid.”  (Now how cool is THAT?!?!?)

Good clean fun with some great music references this week on ABC!  (kk)

Check out this YouTube link …
https://www.youtube.com/watch?v=6UR1f9Ef8C4
One of the comments says “The Connors brought me here”!!! (Too funny!)

More and more being said every day about the banning of “Baby, It’s Cold Outside” … FH Reader Frank B sent us these two cartoons he saw on Facebook … 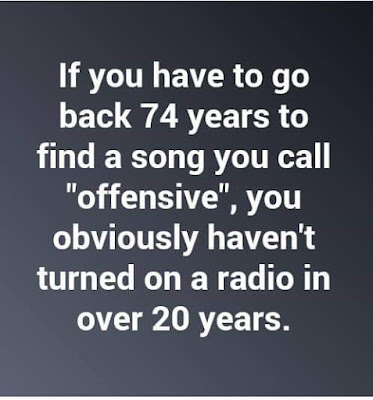 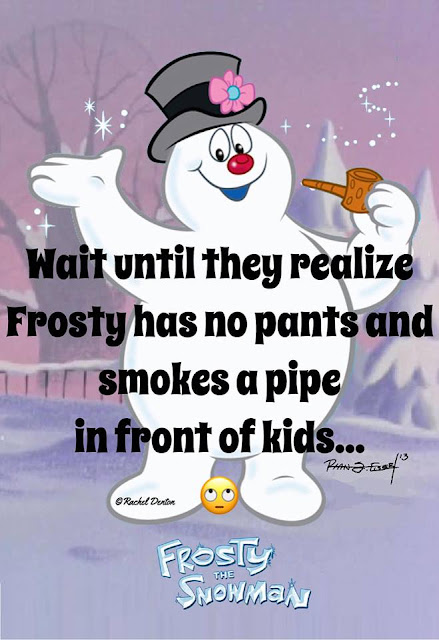 Even Rolling Stone Magazine has gotten in on the action …

kk …
Dino's back on the charts.
Frank B.
https://www.billboard.com/articles/columns/chart-beat/8489768/dean-martin-let-it-snow-first-hot-100-entry-50-years?fbclid=IwAR0kJqFhrPiePGqXSv3J35JZppc6LnAmDEn7jbpZzy_6fK4UTP8q-n7ikN0
Yep!  In fact, we scooped Billboard Magazine with their own chart this week by about seven hours when we ran our list of Christmas Music making a comeback in this week’s Hot 100 list!  (How the heck did THAT happen?!?!)
Because the first thing I did Tuesday Morning was check the new Hot 100 Listing to see where Christmas Music fell on this week’s chart. I posted my findings right around 6:30 am … and Billboard didn’t release their OWN findings until 1:30 PM … so, incredible as it may sound, we beat them to the punch!!!  (kk)

This person may not mean a lot to the folks who were *fans* of pop music in the 60s and 70s, but he did help a lot of *makers* of pop music who were making the scenes.  The host of the Upbeat Show (based in Cleveland, but quickly syndicated around the country), Don Webster, has passed away on Thursday 12/13 at the age of 79.
This article here (includes last TV performance of Otis Redding, days before his fatal plane crash):  https://www.cleveland.com/news/2018/12/don-webster-one-of-clevelands-most-popular-tv-personalities-has-died-at-79.html
-- Tim Kiley
“Upbeat” was must viewing for fans of ‘60’s music … we have covered this program many times in the past … in fact, we even pushed to have some of these vintage video released again so that the public could see them again for the first time in decades!  (I know they license clips … at a premium rate, I might add … for musical documentaries and such … but it’s the REAL fans out there who want to see them … and not just some 20-second edited clip either!  Most of our Chicagoland Local Heroes appeared on this program one time or another, too.  The musical guest list over the years is out of this world … literally, a Who’s Who of talent.  (kk)
Posted by Kent Kotal at 6:00 AM