Right after posting Sam Tallerico’s mini-review of the Lindsay Buckingham concert he saw recently, we read that it sounds like Lindsay and the rest of Fleetwood Mac have settled their lawsuit … and Buckingham is even talking about teaming up and recording with them again.  (If you recall, when all this craziness started, Buckingham said he had no interest in going back out on the road to rehash the old hits … so they replaced him.  Sounds pretty cut and dry to me!  Not too long ago prior to this, Lindsay hit the road with only Christine McVie, as she was the only member of Fleetwood Mac interested in touring at the time … in fact, they even recorded an album together … and nobody batted an eyelash … so I never clearly understood why THIS particular instance was so upsetting to Buckingham after the fact, once the tour was announced.)  None of the details of the settlement have been released ... but who knows … there just may be one more great Fleetwood Mac album in all of our futures … and wouldn’t that make for a considerably bigger high note to go out under.  (kk)

Kent,
Your posting about the obscure Elvis song on TV was interesting.  There is another one running now for Lincoln cars.  It’s Brook Benton’s I Wanna Be With You.  I’ve been seeing this commercial a lot.  As someone who thinks they know something about oldies, I was surprised to not know what this was.  Finally, after shazaming the commercial, I got the answer.
After looking it up, it seems it’s from a Brook Benton album from when he was on RCA.  I can’t find any indication that this was anything more than an album cut from what seems to be a pretty obscure release.  It doesn’t appear to be available on any CD.  I’d like to know how these ad agencies come up with these tunes, but I’m glad they do.  Music discovery is a cool thing.

Here’s the commercial (first cut only):

Brook Benton is not an artist that gets much airplay today … other than his 1970 Hit “Rainy Night In Georgia,” you’re not likely to hear him on the radio at all anymore.  His other thirty Top 40 National Hits continue to be ignored … although I DID hear a commercial that featured his first big #2 Hit “It’s Just A Matter Of Time” not too long ago.  (I tried to find it on YouTube but had not luck.)  There weren’t a lot of voices smoother than Brook’s!)
Whoever came up with the idea to use “I Wanna Be With You” must have been a TRUE fan … or maybe someone who grew up listening to this music because his parents played it around the house.  Honestly, who cares … as long as we keep “payin’ it forward” and introducing this music to a new generation of fans who can add it to THEIR “favorites” collection, too, it has a chance of living on beyond all of us!  (kk)

Hey Kent,
I remember when Vanessa Williams and Bobby Caldwell sang this on "The Tonight Show. Very cool.
- John LaPuzza
https://www.youtube.com/watch?v=YTnO85VhiJ0
Hmm … not my favorite version … but still well worth watching.
Thanks, John.  (kk) 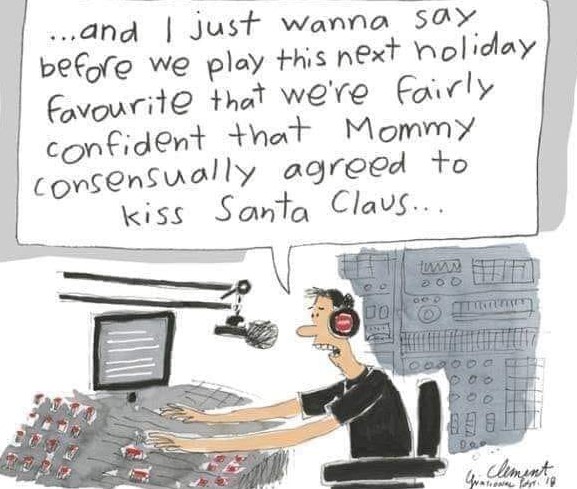 Congratulations to Neal Sabin, who spear-headed the evolution of Me-TV-FM Radio three years ago, bringing back SO many Forgotten Hits in the process, and our FH Buddy Rick O'Dell, Program Director for the station.

The creative team behind Me-TV FM — Weigel Broadcasting’s soft-rock oldies WRME 87.7-FM — rates national attention this week. Neal Sabin, vice chairman of Weigel Broadcasting, and Rick O’Dell, program director of Me-TV FM, share the secrets of their phenomenal success on “Brandwidth on Demand,” the free monthly podcast for radio professionals hosted by David Martin and Kipper McGee. Sabin, who created the format in 2015, recalls how he felt his iPod better represented Chicagoland classic hits than options presented by other broadcasters. (Here is the link.)


And congratulations to us, too!

Hi Kent,
Congratulations on your Forgotten Hits Anniversary as you go into your 20th year!
Forgotten Hits is the BEST!  It's like a Backstage Pass with the artists and their fans conversing after the show!  So nice to hear the "Behind The Scenes" stories!
Continued success Kent, and Happy Holidays to you, Frannie, and your Family!
Merry Christmas,
Tim Kiley

FH Readers PR Guru David Salidor and Rock Author Mark Bego have given us a few copies of Mark’s newly updated Aretha Franklin Biography to give away! 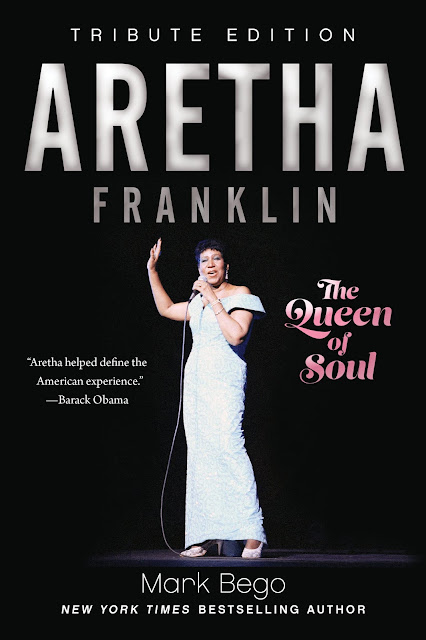 Interested in obtaining a copy?  (What a GREAT Christmas Gift that would be ... for you OR a loved one!!!)

Drop me an email with “ARETHA BOOK” in the subject line … be sure to include your complete name and address … and then right before the mailing rush gets COMPLETELY out of hand, we’ll get these books off to our special contest winners.

Do it now … because this deadline could come up at any time!!!  (kk) 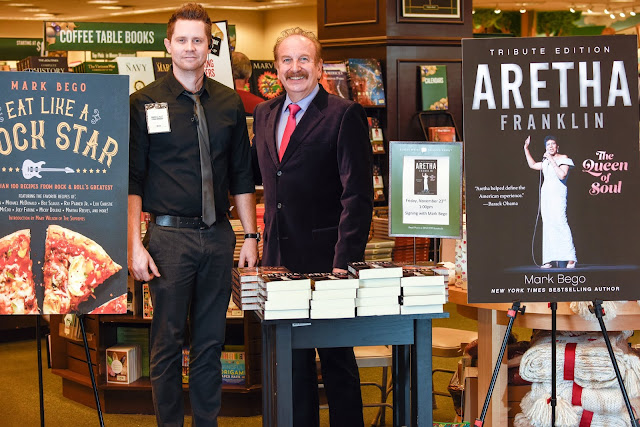 A BEGO SIGNING
Author Mark Bego held a black Friday book-signing at the Tucson Barnes & Noble where he sold out copies of both his Eat Like A Rock Star (written with Supreme Mary Wilson) and his tribute-book on Aretha Franklin (both titles on Skyhorse Publishing)
Photo – B&N Manager Brett Christopherson and Mark Bego.
Posted by Kent Kotal at 6:00 AM