More Of Your Mid-Week Comments

Thanks for the story on the car commercial that uses that obscure Brook Benton track. I've seen it several times and figured the singer had to be Brook but could never figure out the name of the song.
Santiago Paradoa
It’s not a bad track!  (kk)
https://www.youtube.com/watch?v=5LchvmRf3Nw

I think what's happening with obscure songs popping up on current commercials is that the people producing them are from a generation not locked into only appreciating the songs that were most popular from their personal youth memory bank, but are embracing what they like of older songs.  They also could have heard them when entire albums were played on home stereo systems, which is less likely to happen now.  You could likely take one week of any albums popular up thru the 80s and play them; and younger people who've never heard them would go nutz with joy and rush to buy them.
I'm glad Brook Benton is still being discovered ... always liked him.
Thanx for keeping on keeping on.  R&R forever!
Patti

Kent,
Thanks for posting the information on Brook Benton doing the background music on the Chrysler commercial. What gets me is that I've heard this commercial many times on television but somehow I could not come up with Benton's name as singing it. I knew the artist, but it was one of those that was "on the tip of my tongue".
I agree with Tony's assessment in that I wonder who and how these people come up with these songs to be used in these ads. I did some checking and this song came from an LP by Benton called MOTHER NATURE, FATHER TIME, the title track from which was released as a single on RCA.
Even though Brook Benton had a lot of famous songs in the past, I WANNA BE WITH YOU was not one of his HIT RECORDS.
Larry Neal
In all, Benton made The National Top 40 an incredible 31 times … but the only one of those hits you’re likely to hear today is “Rainy Night In Georgia” from 1970 … and that’s a shame.  (kk)

kk …
12/12/2018 = This is the first song Scott Shannon played on WCBS-FM.
Everybody is getting in on the act.
With all this attention, I wonder if this song will make it back on the Billboard Chart?
FB

That wouldn’t surprise me at all … in which case the people will have spoken!
Incredibly on this week’s chart, Wham’s “Last Christmas” made The Top 40 for the very first time!
Now part of that is due to the fact that Billboard has been charting Christmas music separately for decades now … but due to the new criteria, if downloads and youtube views increase substantially, all of a sudden these Christmas Classics have been given a new life.
This week’s Hot 100 shows “All I Want For Christmas Is You” by Mariah Carey at #7; “It’s The Most Wonderful Time Of The Year” by Andy Williams at #16; “Rockin’ Around The Christmas Tree” by Brenda Lee at #21; “Have A Holly Jolly Christmas” by Burl Ives at #22; “Jingle Bell Rock” by Bobby Helms at #26; “The Christmas Song” by Nat King Cole at #29; “Last Christmas” by Wham at #34; “Rudolph The Red-Nosed Reindeer” by Gene Autry at #36 and “Let It Snow, Let It Snow, Let It Snow” by Dean Martin at #41.  That’s NINE songs in the Top 41 … begging the question once again … if all this great variety can be played side-by-side at Christmas time, why can’t that same philosophy hold true throughout the rest of the year.
This has been our argument for YEARS now … and I guess Me-TV-FM is finally proving that it CAN.  (kk) 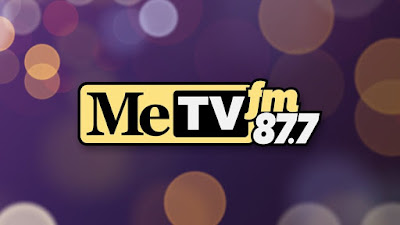 Lots of Me-TV-FM news this week.
The other day we told you about a new podcast where Neal Sabin and Rick O’Dell discuss the station’s evolution and programming strategy.
And about ten days ago we told you how the simulcast broadcast on Xfinity / Comcast had been dropped.  (They had been Channel 877 for years.)
Well apparently public outcry has been so strong (both in comments directed to the radio station and the cable company) that some “reconsiderations” may be in order.
Robert Feder tells us more here:
https://www.robertfeder.com/2018/12/11/robservations-may-hope-tv-fm-returning-comcast/?utm_source=new%20post%20alert&utm_medium=email&utm_content=main%20content&utm_campaign=%2F2018%2F12%2F11%2Frobservations-may-hope-tv-fm-returning-comcast%2F

kk …
The Royal Philharmonic strikes again.
I haven't heard about this one, till now.
FB
https://shop.carpentersofficial.com/products/carpenters-with-the-royal-philharmonic-orchestra-limited-edition-lp-signed-litho?variant=16145070555209
WE told you about it at least three weeks ago!  (See ... this is why you have to read Forgotten Hits every day!!!)
Sorry, but I’ve got NO interest in this one …
Unless they do a Beach Boys follow-up, I think I’m done on the Royal Philharmonic remakes.  (In fact, if you want my copy of the second Roy Orbison pairing, let me know and I’ll drop it in the mail to you … that’s something I know I’ll never listen to again!)  kk

We’ve had a GREAT response to our Mark Bego / Aretha Franklin book give away.
We’ll continue to accept entries through the middle of next week.  (We’re off to Nashville for a long, four-day weekend so we’ll start tabulating again when we get back next Tuesday ... and then pick our winners by next Friday, the 21st.)
If you’re interested, all you need to do is drop me an email at kk@forgottenhits.com … put “Aretha Book” in the subject line … and include your name and mailing address … and we’ll throw your entry into the hat.
It’s really as simple as that …
Although a little bit of begging is ALWAYS appreciated …

Hi Kent-
Happy Anniversary to you and my daily lunchtime blog read ...
Forgotten Hits is the best!
Mike Lane
Minneapolis, MN
Posted by Kent Kotal at 6:59 AM