1970:  December 21st – In an incident that certainly qualifies for the “Truth Is Stranger Than Fiction” Award, Elvis Presley’s stretch limousine pulls up outside the White House in Washington, D.C., where one of Elvis’ henchmen hands over a letter to one of the White House Guards, addressed to President Nixon, requesting a meeting between Elvis and The President in order to discuss all the ways that the King of Rock and Roll could help Nixon fight drugs - along with a request for being given credentials as a "federal agent at large."

About two hours later, (after much scurrying around inside The Nation’s Capital and several rounds of “What should we do?!?!”), Elvis was invited inside, where he walked into the Oval Office wearing a flamboyant outfit, oversized sunglasses and two huge medallions (not to mention packing a couple of concealed weapons!)

He then presented Nixon with a chrome-plated Colt .45 in exchange for a Narcotics Bureau badge, which The President had agreed to give him (but only after learning that the chief of the narcotics bureau had turned down the same request earlier that same day and then told Presley the only person who could overrule his decision was the President.)
At Elvis' request, the meeting remained secret for more than a year until The Washington Post broke the story on January 27th, 1972.  The film “Elvis and Nixon” premiered in 2016 to tepid reviews and less than stellar box office receipts.  Still, I find this one of the most fascinating stories in Elvis' legacy ... and felt compelled to share it with you on this 50th Anniversary.  (kk) 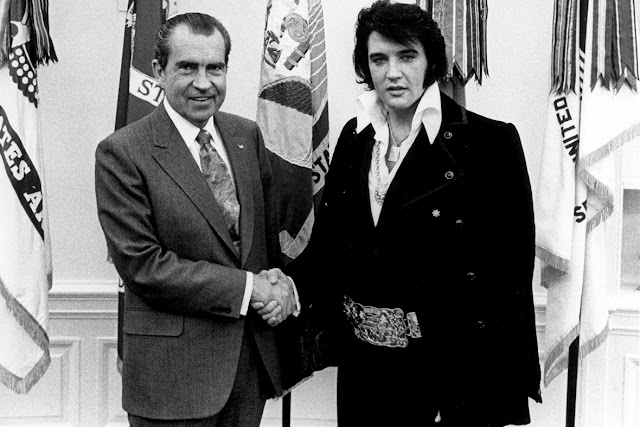 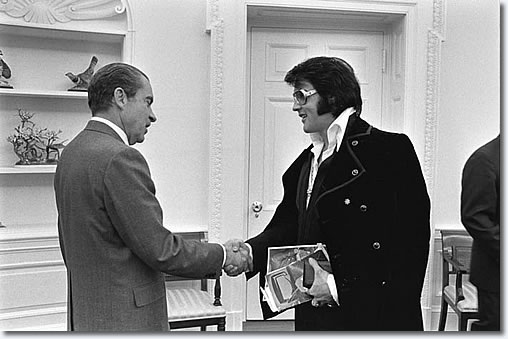 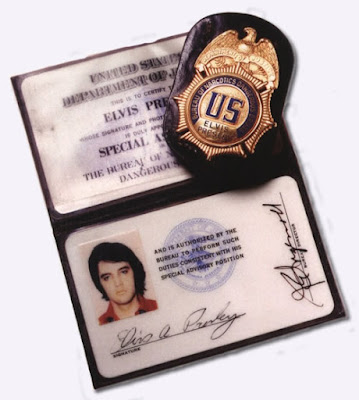