Today we have to report the death of Gerry Marsden, leader of Gerry and the Pacemakers, one of the premier acts from The British Invasion to find success here in The States, too. 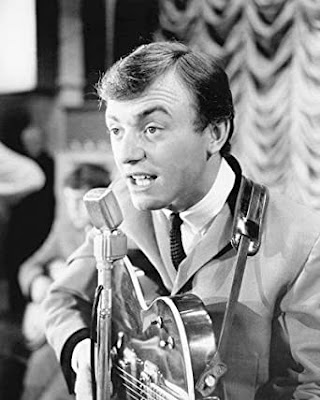 I always liked these guys … Gerry’s fine voice and the way he held his guitar up under his neck!  Back in my own rock and roll early years, I used to perform “Don’t Let The Sun Catch You Cryin’” and “Ferry ‘Cross The Mersey” on a regular basis.

Thanks to FH Reader Bob Merlis, I even have an autographed copy of the British Invasion DVD spotlighting Gerry’s band that came out several years ago.

After The Beatles first broke thru on the charts with “Love Me Do,” Martin gave them the song “How Do You Do” as their follow-up single.  Although The Beatles reluctantly recorded a half-effort attempt of the song, what they REALLY wanted to do was record their own material.

George Martin’s response to that?  “Then bring me something better.”

They did … “Please Please Me” became their next release, their first #1 record and the rest, as they say, is history.

However, Martin still believed in the song … so he gave it to Gerry and the Pacemakers to record.  Their version ALSO topped The British Charts that year.

Marsden has been plagued with health issues for several years now … naturally, he made headlines around the world when he had a pacemaker installed to regulate his heartbeat.  (A Pacemaker getting a pacemaker was just TOO big a story to pass up!)  It was heart complications that took him on Sunday.

Gerry’s recording of the Rodgers and Hammerstein classic “You’ll Never Walk Alone” became a football anthem in The UK.  (kk)

And then later that same night came word that actress / model Tanya Roberts had also died.

Best known for her roles on That ‘70’s Show and Charlie’s Angels, Roberts was also a Bond Girl (“A View To A Kill,” opposite Roger Moore’s 007),  starred in the Sheena: Queen Of The Jungle film remake in 1984 and famously posed for Playboy in 1982.  A sad way to start the new year for sure.  (kk) 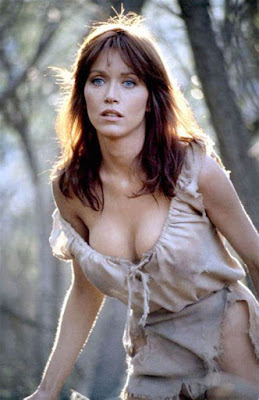 UPDATE:  According to news reports issued late this afternoon, Tanya Roberts is NOT dead!!!

Roberts collapsed on Christmas Eve while walking her dogs and was taken to Cedars-Sinai Medical Center in Los Angeles.

After the announcement came out late last night of her passing, her husband was notified this morning that Tanya was still alive and had been placed on a ventilator.  (Hmmm ... sounds like the couple were REAL close!!!)

Of course all of this information could change again tomorrow ... but let's hope not.  As of right now, Tanya Roberts is still alive, although likely fighting to remain that way.  (kk)

On a 2021 PLUS note, Tom Cuddy sent us this VERY cool One Man Band video of Lee Loughnane of Chicago performing the New Year’s Eve standard “Auld Lang Syne” …

Healthy New Year to you, take care, stay safe and be careful out there.

Remember there are only two kinds of music … rock “n” roll … because Rockin’ Lord Geoff said so.

Question:  Do I buy the new McCartney album on vinyl or CD?

Reason:  I want to hear the song as it was when I first became a fan of the recording.  AM cuts off at 10kHz and is closer to the sound of vinyl.

Conclusion:  Pick the format you like ... what else matters?

>>>George Harrison also had the LAST solo Beatles #1 Record when his rockin' version of "Got My Mind Set On You" topped Billboard's Hot 100 Pop Single Chart the week of January 16th, 1988.  (kk)

That is fascinating!  I never thought about the LAST Beatles #1.

Without looking at a complete discography for each of them, that’d be a tough one to call.  (Obviously, Ringo continued to release new music after George passed away in 2001, but unless his brand new single happens to do so, hasn’t had a Top 100 Hit since 1981 … going on 40 years.)

Even McCartney, who very likely could earn his second #1 Album in the past three years, hasn’t hit The Hot 100 on his own since 2007.  (He DID score a #4 Hit as part of that Rihanna / Kanye West single “FourFiveSeconds” in 2015 … and “Wonderful Christmastime” has managed to chart for each of the last three years again with the relaxed rules for holiday singles.

Tommy’s show at The Genesee Theatre has been rescheduled … again …

Originally slated to appear on October 17th of last year, the show was first postponed until this April (3rd) and now has been pushed back to Saturday, December 4th. (I know Tommy is adamant about not exposing his crew to ANY risk of Coronavirus thru travel and feels that this is all for the best.)

While The Genesee Theatre is promising that anyone holding tickets for the previously scheduled shows will still have a guaranteed seat at the December show … however, in this new age of live events (and proposed future social distancing), I’m not quite sure what that’ll mean to theater seating layouts moving forward.  (If you scroll back to read our recent .38 Special concert review, you’ll see that seats are limited per row with adequate separation between seats … and alternating rows front to back throughout the theater, in many cases limiting capacity to about 25% of what used to be the norm.)

Time will tell what the future holds once the new vaccine is distributed en masse, I guess … but I’m both chomping at the bit to see some live shows as well as EXTREMELY cautious about any exposure such a venture might encompass.  (kk)

More comments tomorrow ... be sure to check back!