The Dumbest Songs Of All Time

With recent talk of selecting The Worst Songs Of All Time (a topic we ultimately decided to avoid), it was interesting to then get this piece from long-time FH Reader Clark Besch ... especially since it dates back to 1974.
And, since it is a previously published piece ... by someone other than me ... and features collected input from people other than YOU ... which means that it can now be considered part of "documented history," I figured I'd just run with it!!!
Have fun tearing it apart!
I thought you might enjoy this 1974 offering from The Chicago Daily News (!)
Columnist Norman Mark asks for and receives submissions FROM CHICAGO PEOPLE about their choices for dumbest records ever.
#1 ??? - "Transfusion"
What???  That's a GREAT record!
I guess the article is right in saying it is a "controversial" list.
Norman makes up "the rules" and wanted "I Want My Baby Back" at #1 which again, is a great record.
My fave DJ, Uncle Lar Lujack, as well as former friend and original "Svengoolie" Jerry G were some of the judges.  Jerry G even picks his way cool 1967 45 "She's Gone" as a candidate.  Even current WGN'er BOB SIROTT was a judge!!!  All are 1970's Chicago media people.
Check out Dick Biondi with a top 5'er still!!!
Funny to see "Dead Skunk" in there, as I have Lujack on tape talking it up when it was a hit.  Altho not on this list, Ohio Express' "Cowboy Convention" was never a WLS chart rider, yet Lujack played it for awhile.  I think his love of animals and the outdoors made him actually like such.
Of course, he loved the unconventional, like playing Todd's "Slut" on AM drive time in '86.  Actually, I have NO idea why Uncle Lar did not nominate HIS OWN 45, "Ballad of a Mad Streaker," which SOMEHOW got airplay on WCFL for a month just three months before this article ran in '74!  It reached #96 on the 'CFL TOP 40!
The whole crew of WXRT-FM sent in "Rock & Roll Part II".  That station was "out there" and shoulda loved that song!
Anyway, fun and games and trivia!! 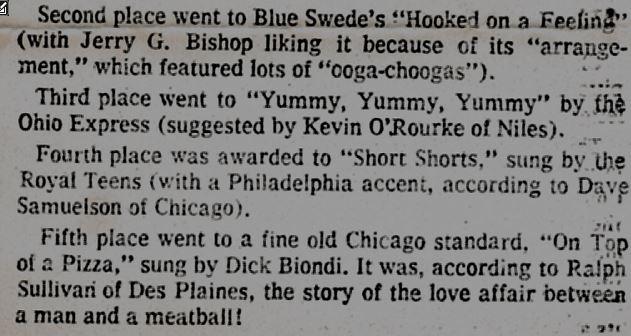 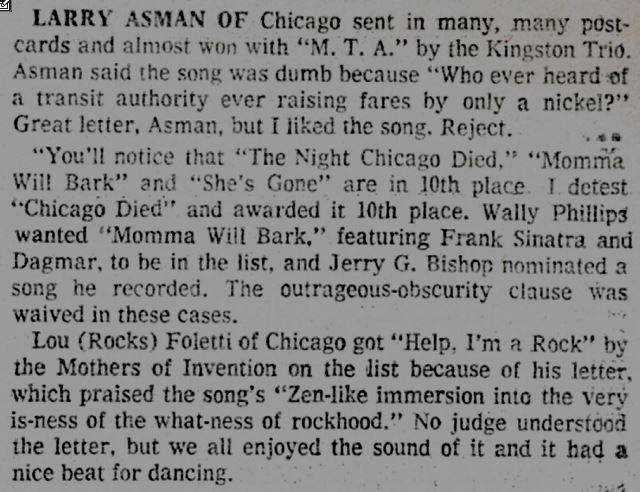 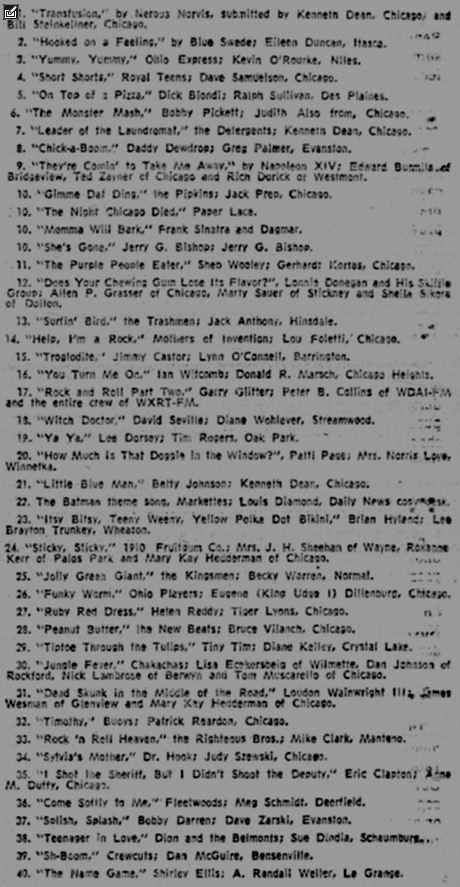 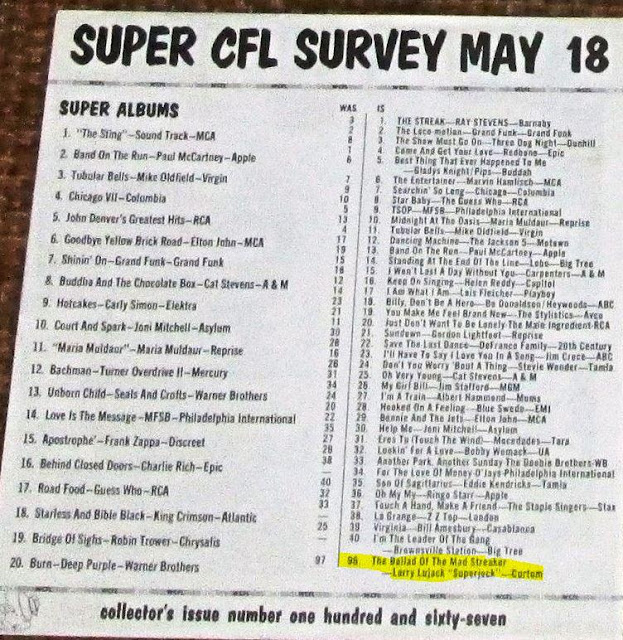 Seriously???  There are some GREAT songs on that list!!!

Of course, all of this talk has prompted me to do a little archive digging of my own ...

Do NOT miss tomorrow's issue of Forgotten Hits ...

And our tribute (well, sort of) to Neil Diamond!!!