Some Classic Charts From 1971

Spotlighting Some of The Biggest Hits of 1971! 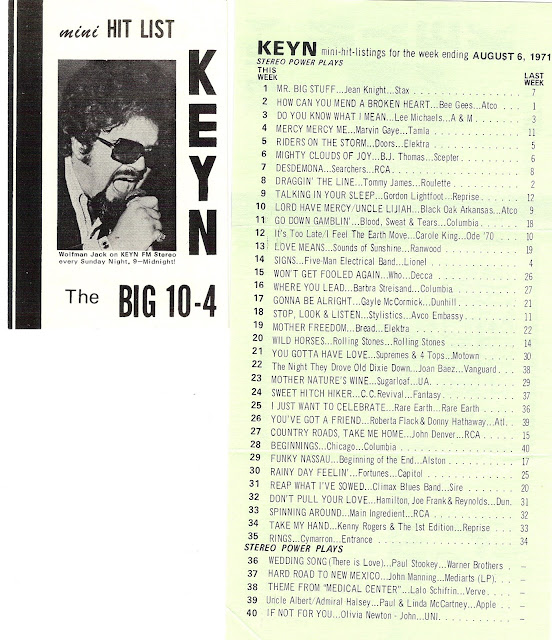 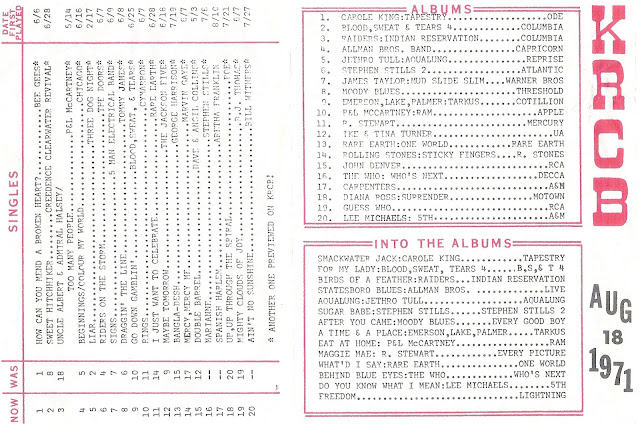 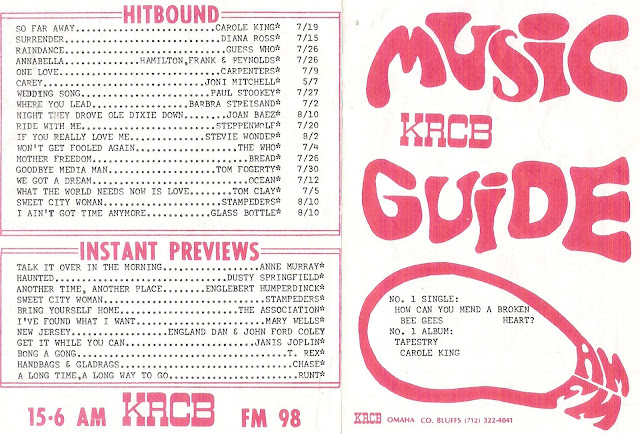 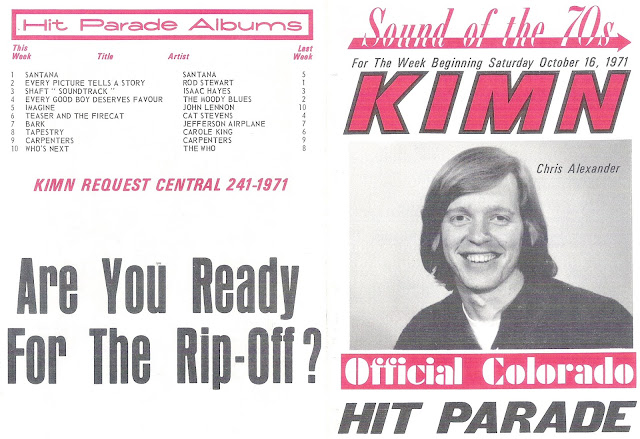 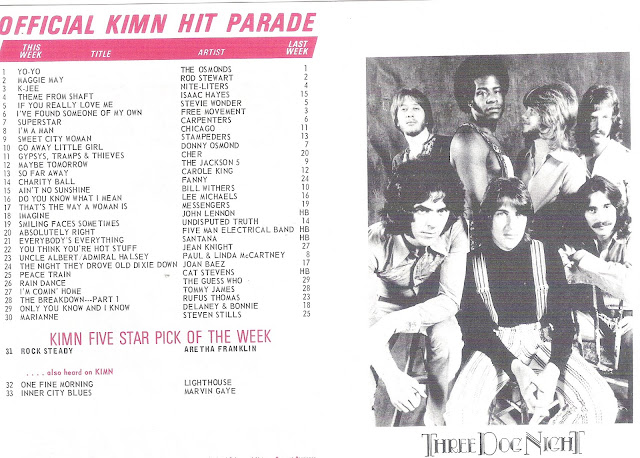 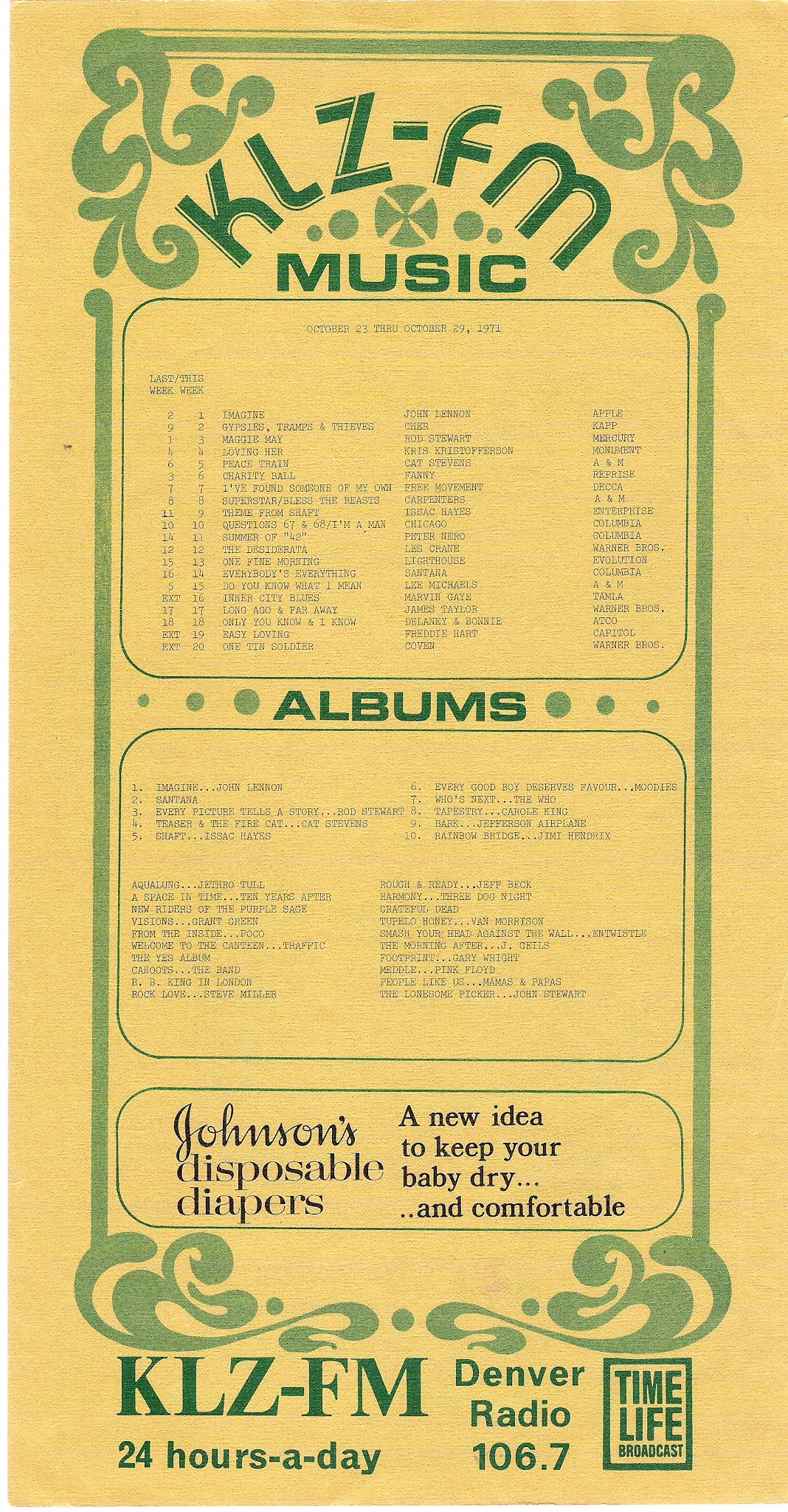 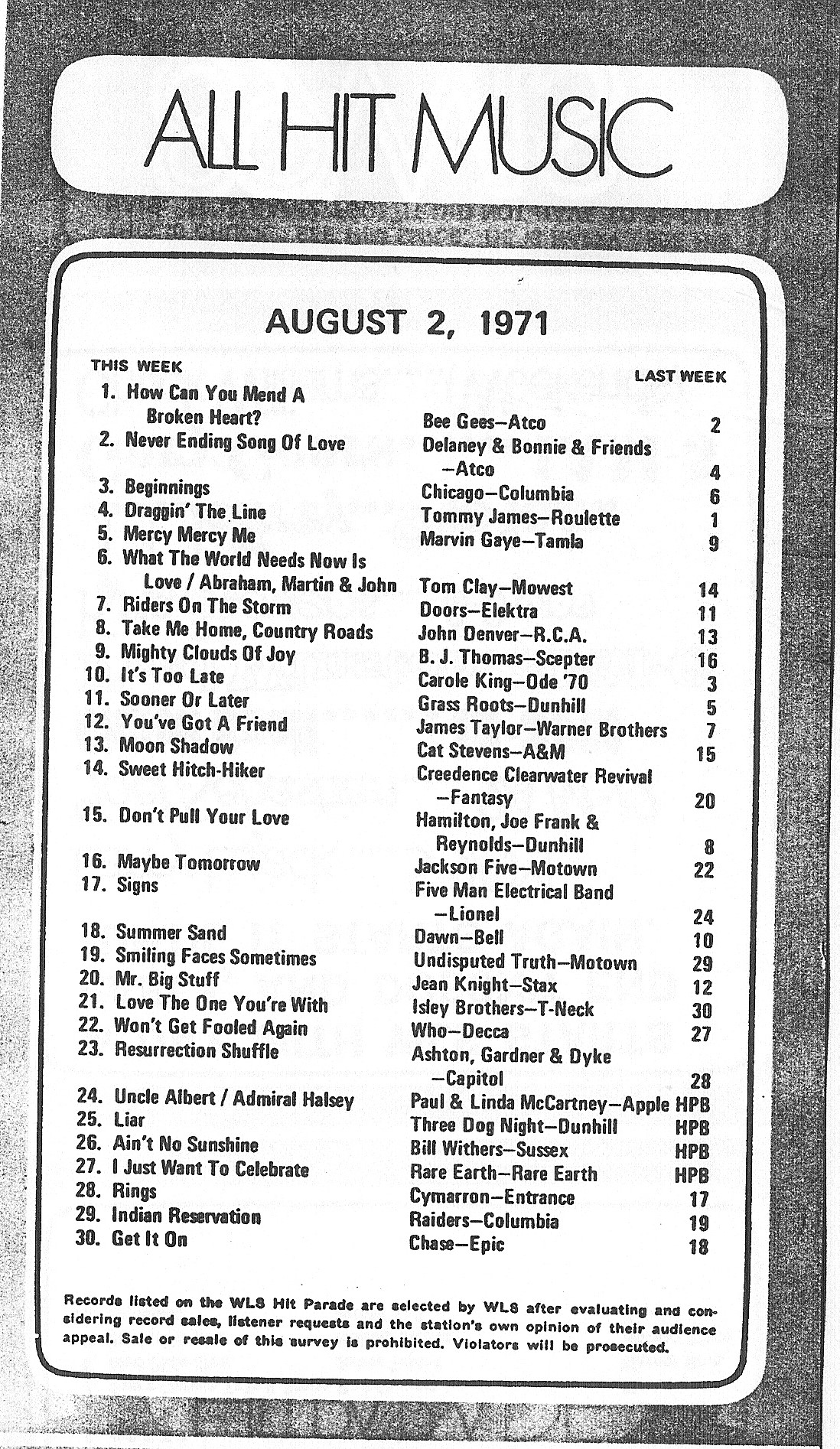 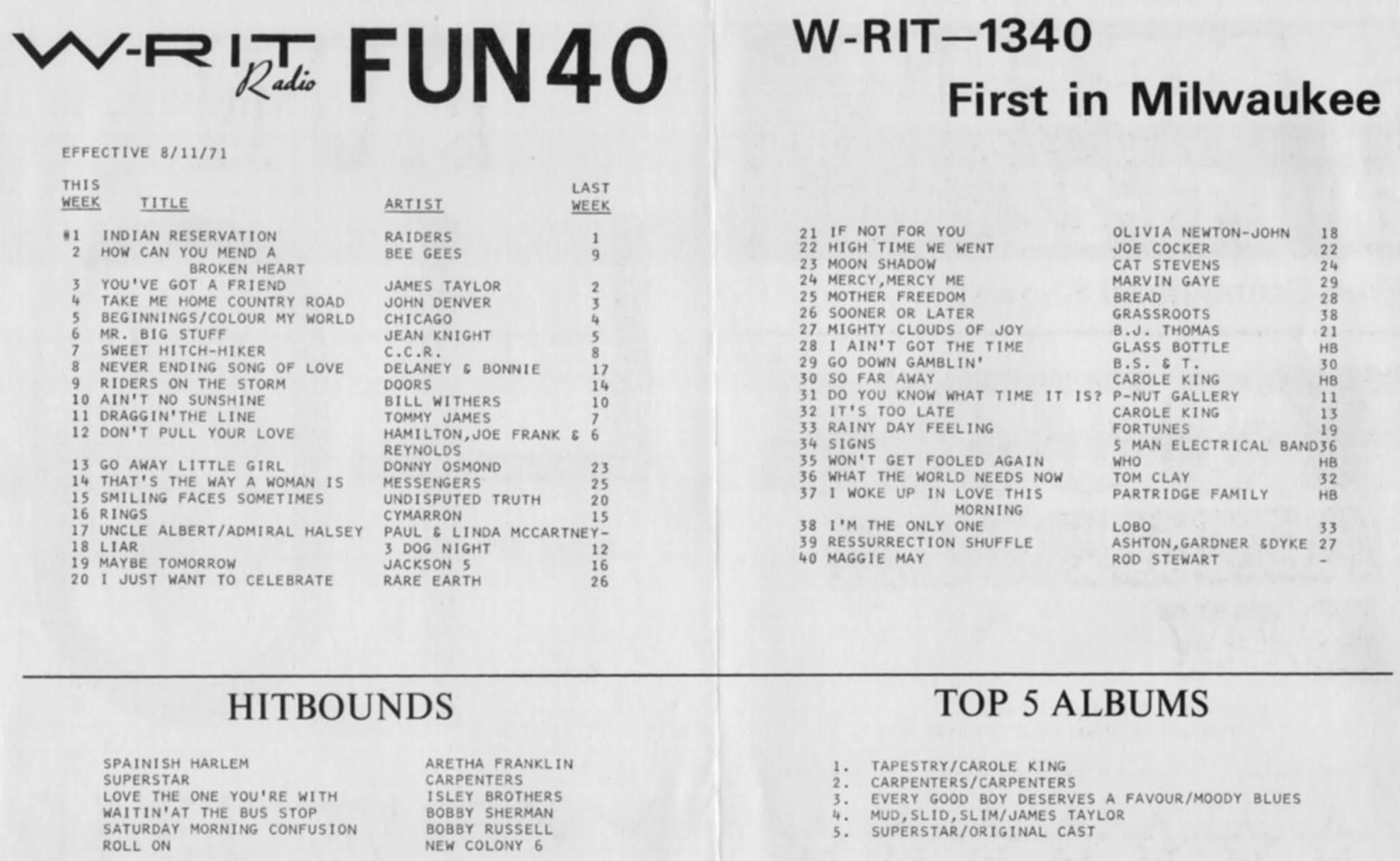 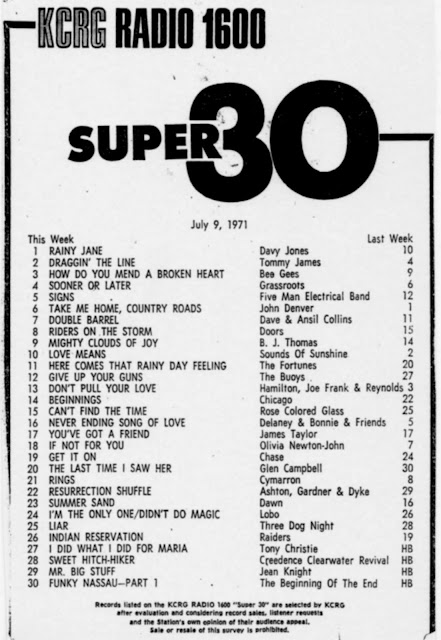 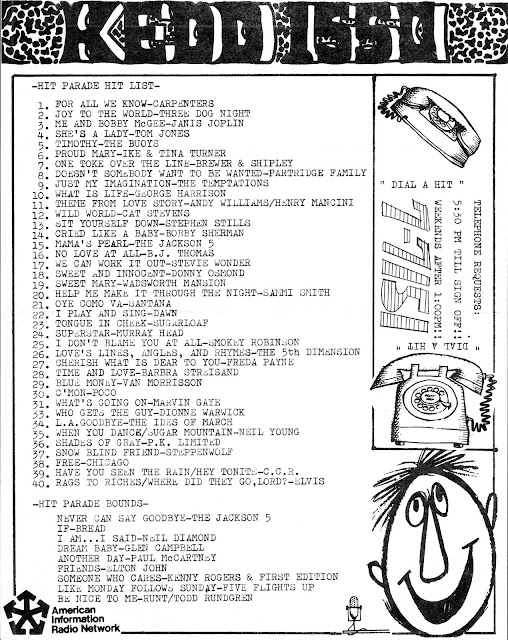 KQV, Pittsburg - an ABC affiliate like WLS and clones of each other to an extent.  Their "Fall Festival of Rock" looks pretty awesome.  K-Jee the oddball top 10'er here. 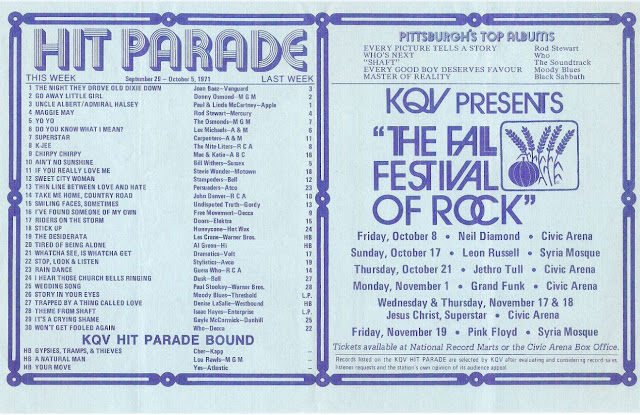 KLEO - Wichita - I have two because they were the great AM foil to KEYN-FM in that city!  Loved BOTH stations, but KEYN was stereo and in '71, that was the place to be with your headphones loud.

Lt. Calley and Colorado take the odd honors in April while the August one feeds us Black Oak Arkansas and the Searchers ... great tune! (KEYN played both like crazy, too.) 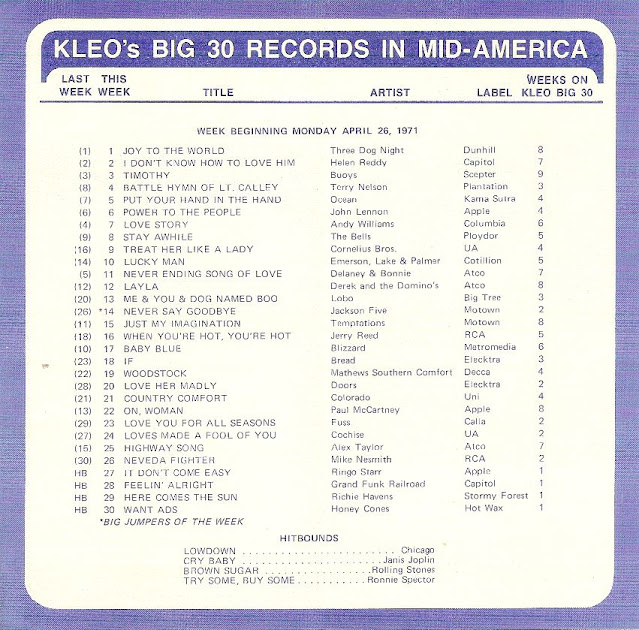 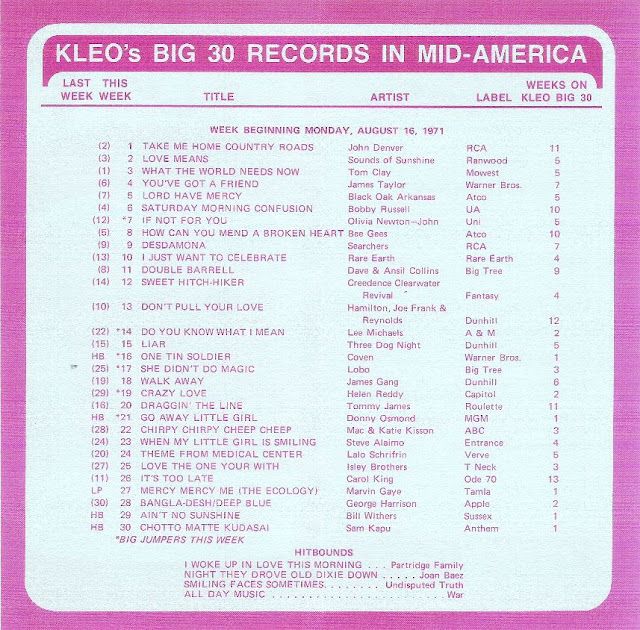 CFRW is Winnipeg Canada.  That Dusk record seemed to be BIG when it aired somewhere ... but not in enough places I guess. 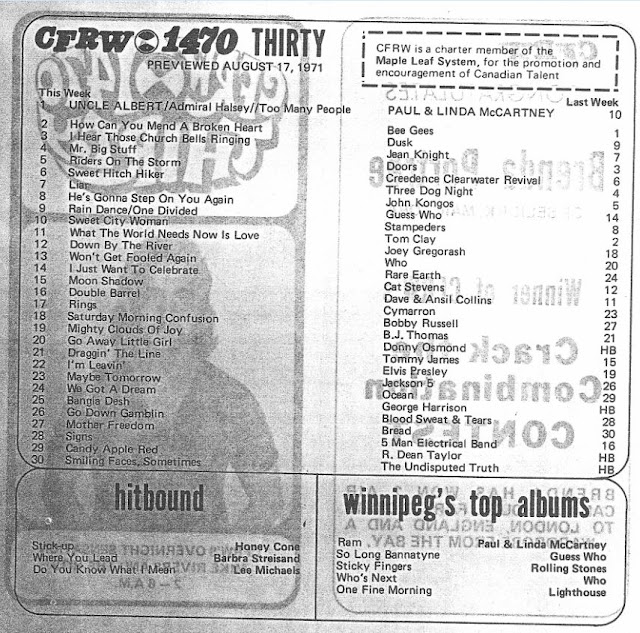 KSPD, Boise ... This chart is much more bizarre than mine!  The important thing:  Really Wanted You by Emitt Rhodes at 13! 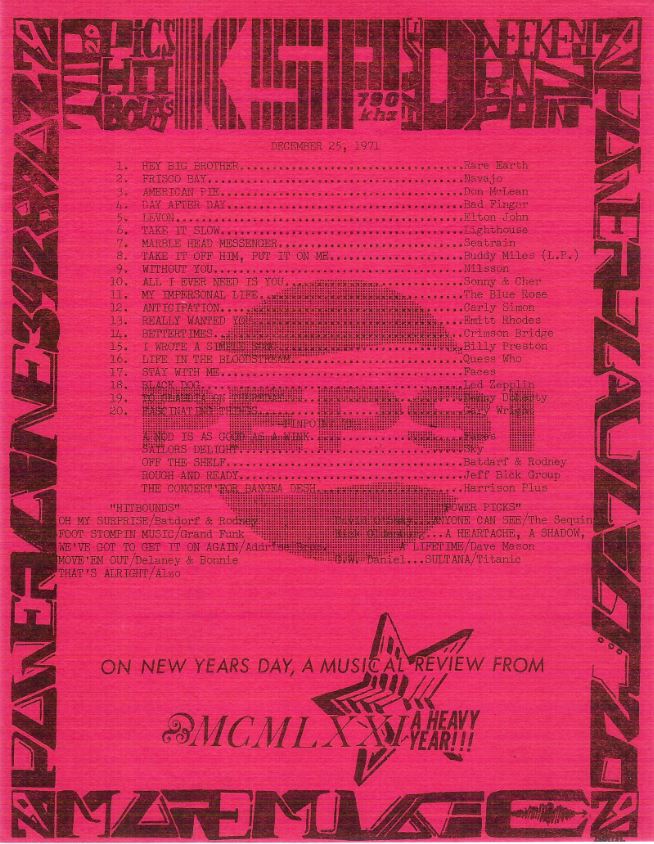 Well, our FH superstar Mike Hartman WAS at teenager living my dream of being a DJ in Chicago (Downers Grove) in 1971!
Here's a survey from WDGC-FM where Mike and his brother had a radio show (shown in upper left)! 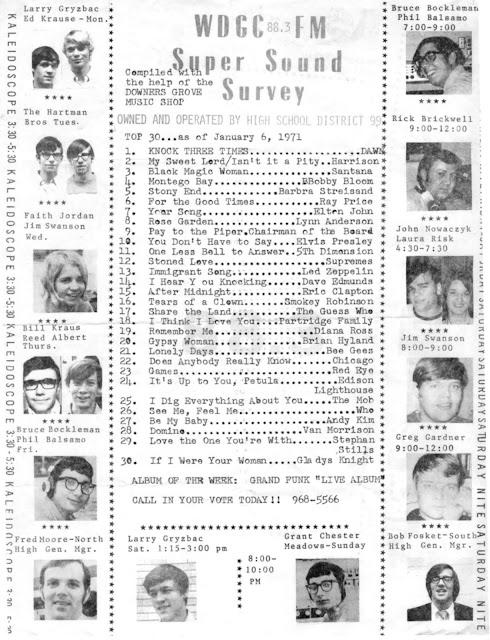 WKY - Oklahoma City - is familiar to Larry Neal, of course.  DOA was HUGE in our midwest states.  A #1 on my chart as well as many stations in our area.  Morbid but great!

The KONO is San Antonio chart.  Never have heard the Royal Jesters song. 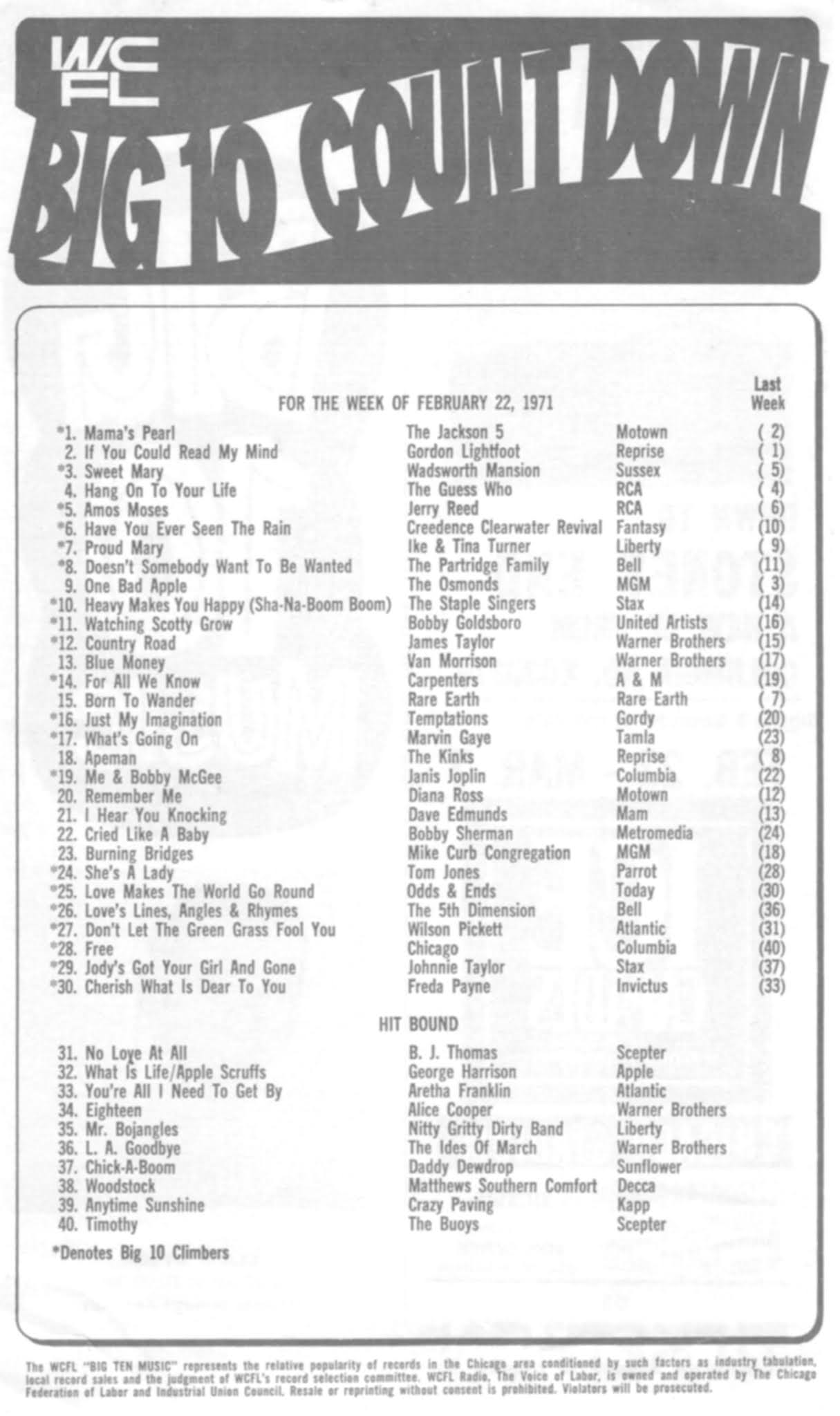 WCFL, Chicago - You may have featured this one before, because it was already on my computer.
I don't THINK many of these charts are on ARSA ... yet!  :)
Posted by Kent Kotal at 6:00 AM