Congrats and kudos to long-time FH Member Freddy Cannon, who took the title track to #10 when it was released as a single in 1965.

Hosted by Paul Revere and the Raiders (who also recorded the title track), "Where The Action Is" only lasted a couple of seasons before it was replaced by The Raiders’ NEW television program "Happening ’68" ... but even in its short time on the air, it provided the PERFECT after school fodder for all us teenagers (or, in my case, wannabe teenagers) who LOVED all the current hit sounds on the radio. This was our chance to see some of our musical heroes in person … (or at least lip-synching their latest hits on the beach or at the pool!)

One of the big perks of doing Forgotten Hits over the years was meeting Freddy "Boom Boom" Cannon, one of the nicest guys you're ever going to meet.  (He even brought me up on stage when he appeared at The Arcada Theatre!)

In fact, here's a picture of me and Freddy (with the incomparable Svenghoulie!) taken after the show. 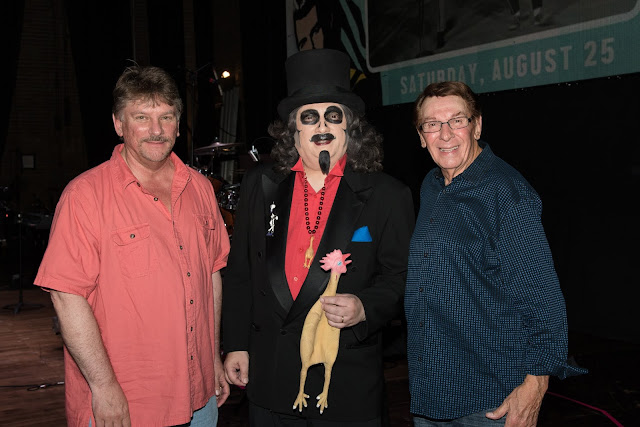