From today's Robert Feder column:
This weekend’s celebration of Dick Biondi’s 50th anniversary on the air in Chicago just got 50,000 watts bigger: The live special from 7 p.m. to midnight Sunday will air not only on Citadel Broadcasting oldies WLS-FM (94.7), where Biondi still holds forth every weeknight, but also on news/talk sister station WLS-AM (890). Biondi was among the stars who launched the Top 40 format on WLS-AM on May 2, 1960. Fans are invited to leave voice-mail messages of congratulations to Biondi at (312) 984-5350. In conjunction with the 50th anniversary salute, Scott Childers is adding new features and additional enhancements to his website at WLSHistory.com. Childers is the author of Chicago’s WLS Radio, published in 2008 by Arcadia Publishing.
-- Robert Feder 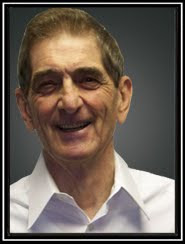 Now in all fairness, Biondi hasn't REALLY been on the air for the past 50 years here in Chicago ... but he certainly has spent MOST of the last 50 years coming to us live from right here in The Windy City.
Dick Biondi debuted as one of the "originals" on WLS-AM in 1960 when the station switched over to its Top 40 / Rock format but was then famously fired in headline-making fashion three years later, the true details of which seem to be foggy in virtually EVERYBODY's memory after all this time. 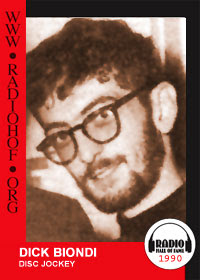 After being the first disc jockey in America to play a Beatles record at the station in '63, he then departed for Los Angeles where he also introduced The Beatles live on stage at The Hollywood Bowl! (You can see our landmark feature on this whole topic on the OTHER Forgotten Hits Web Page here: Click here: Forgotten Hits - Who Played The Very First Beatles Record In America?) 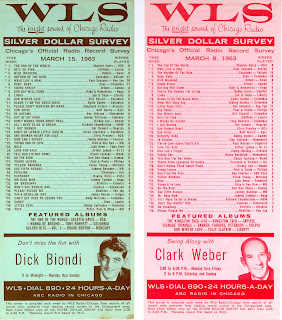 A return gig to WCFL in 1967 brought him back to Chicago for a short while ... subsequent spots on WMAQ and WBBM-FM kept him in our consciousness until he landed at WJMK (Magic 104) in 1984, Chicagoland's then premier oldies station. He held THAT spot for nearly 20 years (until WJMK switched over to the Jack-FM format), paving the way for Scott Shannon's True Oldies Channel to SAVE the oldies nationally after a similar incident occurred in New York City. WLS-FM, our local True Oldies outlet, snatched Biondi up immediately and he's been back on the air ever since.


Other famous on-air time was spent in Buffalo, NY (BEFORE his first stint at WLS ... in fact, Biondi was one of the jocks featured in that "Cruisin'" Vintage Radio LP Series) and KRLA in Los Angeles ... but without question his BEST radio years have been spent here in Chi-Town where Dick Biondi is literally an institution. (Jim Pilster of The Cryan' Shames has been campaigning for quite a while now about renaming one of Chicago's streets "Dick Biondi Way" ... a fitting honor for one who has done so much for our great city over the years. In fact, watch for many of our "local heroes" to show up during Dick's very special broadcast Sunday Night.) 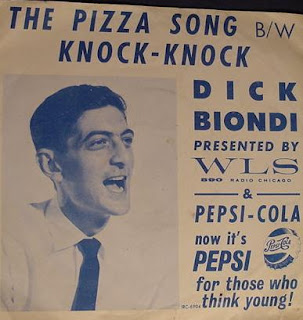 (A Chicagoland Favorite by The Wild I-Tralian, Dick Biondi!!!)
Congratulations, Dick ... we love ya! Thanks for being so much a part of our lives these past 50 years ... and here's wishing you 50 more!!!
Posted by Kent Kotal at 6:52 AM