We've certainly devoted a fair number of pages to covering Micky Dolenz's live performances this year, both as a solo act and with The Monkees ... but fans are being consistently bowled over by his amazing vocal prowess at the ripe old age of 69!  Honestly, he's never sounded better ... which makes the fact that The Monkees were just supposed to be a flash-in-the-pan, made for TV group all that much more incredible!

Shelley Sweet-Tufano files THIS report on a recent Dolenz show she saw at B.B. King's in New York City last week.  (Jeez, I thought I saw a lot of concerts!!! This is Shelley's THIRD report this week ... including a three city jaunt with Peter Noone and Herman's Hermits!!!  Scroll back in case you missed any of the others.)  Micky recently recorded his latest live album at B.B. King's ... and we were fortunate enough to be able to send a few Forgotten Hits Readers to one of his shows there last year, where he remains a performance favorite.

In any event, check out this latest installment of Shelley's Road Show!  Sounds like Micky was in top form that night!!! 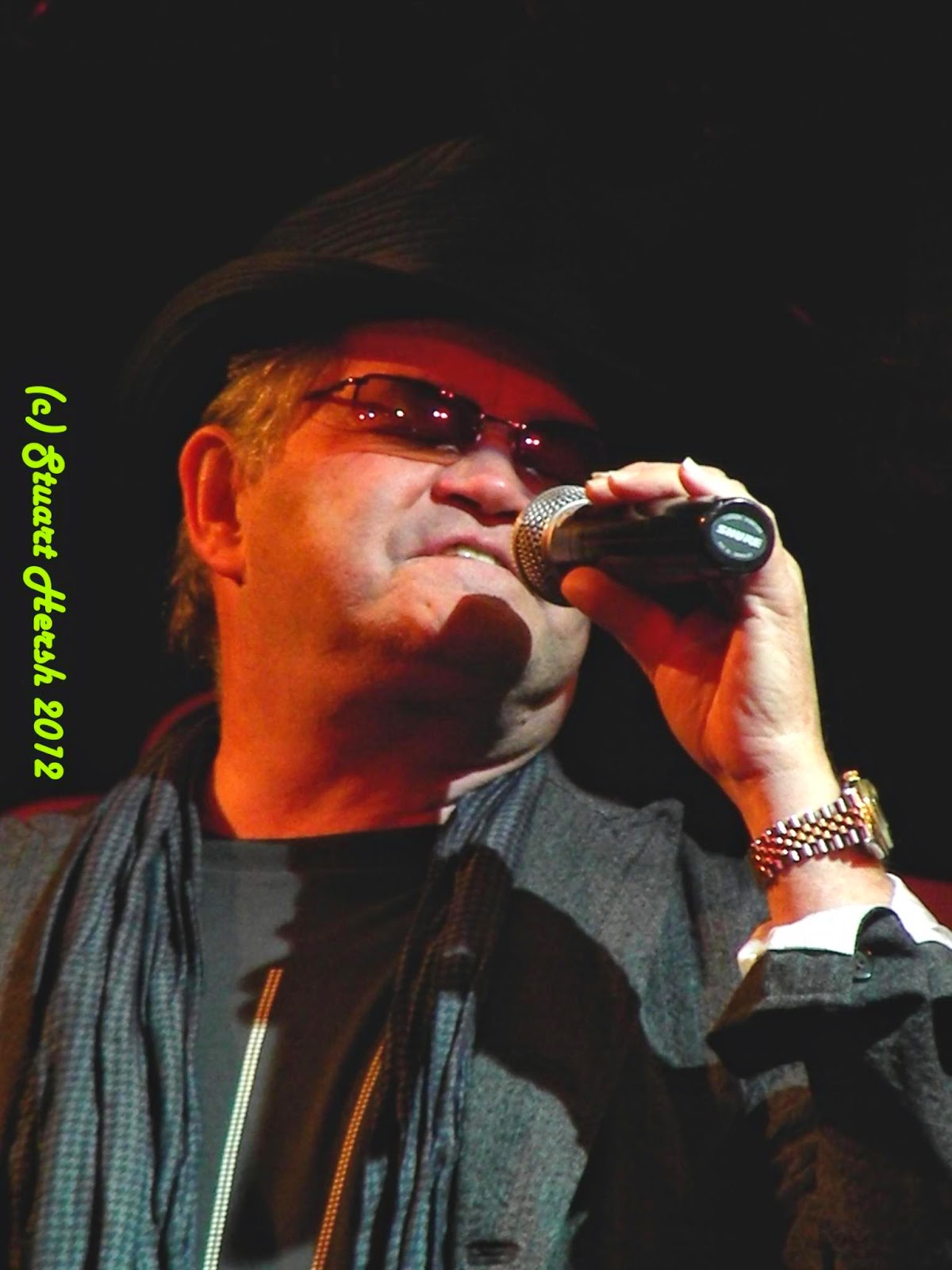 Ok, Kent, we must be traveling parallel paths right now.  Again, I come home from a Micky Dolenz concert in NYC and your Saturday surveys start out with a Monkee statement. So here you go!

In between helping my parents move into a fantastic condo from our / their home of 49 years, I went north to see The Happy Together Tour and a few days later, south, to see Micky Dolenz.  (Memo to everyone:  You will re-inherit things you thought long gone.  Mine is every dance costume I ever wore.  Anyone need a tangerine lollipop outfit?)  Micky was appearing at BB King's in NYC, a venue I am familiar with, so the trip was a 'welcome home' visit.  BB's is a first-come, first-seat after the doors open at 6:00 PM.  UNLESS you have reserved a large party.  However, if you have a ticket, you get a seat.  And I am not sure there is a bad one.  The only question I have is the sound.  Most songs were just fine, but there were a few instances where Micky was difficult to hear.  I did see his sister, Coco, making signs to the sound crew about pushing something up when they started, and there was a sequence of Micky moving the mic stand back after taking off the hand mic and Coco moving the stand to the front, where Micky then moved it to the back without using it, then Coco returned it to the front again ... not quite sure what was going on there!

I have not seen Micky as a solo since Davy died so I was very eager to view this concert and his band.  Wayne Avers is Micky's musical director and is an outstanding guitarist, holding up to Micky's comments of, "You've been practicing."  Micky was unable to play guitar this night as the most unfortunate thing had happened prior to the show.  Somali Pirates had stormed the restaurant where he was eating and, while fending them off with an olive pick from his martini, he was able to take down 18 of them!  Unfortunately ... the 19th one got his hand.  Everyone together now:  AWWWWWW!  POOR MICKY!  Hey, I like that story!!  Very creative!!  I give it an 'A'.  It sure beats cutting your hand while slicing a nectarine. (the truth)

I wish I had brought a glowstick for 'Daydream Believer'.  Micky has not performed that one for awhile in tribute to Davy, but it is back in rotation and I was not prepared.  Used my cellphone, but Coco stole my glitz with a bright flashlight from stage.  Aviva Maloney, from Davy's band, is playing with Micky now, and it was she who first saw our group and the glowsticks at Mohegan Sun and pointed them out to Davy on stage.  That was about 7-8 years ago, and I have brought them ever since to see Davy or Micky.  I dropped the disco ball on this one.

Micky's show is Monkee dominated as it would need to be.  Paul and Ringo cannot avoid Beatles' songs.  We would be livid.  Micky, Peter, and Mike should not avoid Monkee songs.  The Monkees brought them to our attention, no matter what they have done since.  So I enjoyed each and every one.  My picks?  'Sometime in the Morning' is just so poignant and beautiful ... SO glad it is in the set.  My other fave is Vance Brescia's song:  'That Was Then, This Is Now'.  Coco and Micky did a duet of 'Crying in the Rain', which was stunning!  Beautiful harmonies reminiscent of The Everly Brothers.  There are a few solo singers I would like to hear sing that one as well.  To be perfectly frank, Coco's voice on anything she did was dynamic.  Micky leaves the stage when she solos.  I'm not sure if that is to give her the full attention, to give him a break, or to keep him from playing with the drum set while she sings.  I know that if I turned over the mic to either of my brothers, I would leave the building.  It would just be safer.  Two other greats for me were 'DW Washburn' and 'Goin Down'.

Dave Alexander on keys, Rich Dart on drums and John Billings (he's single ladies) on bass complete the band.  With Aviva able to play anything with a reed, flute, keyboards  ... Micky has a strong unit.  Go see them.  And watch out for those Samalis!
-- Shelley J Sweet-Tufano

Micky and CoCo do an OUTSTANDING version of The Everly's "Crying In The Rain" ... it comes from Micky's "King For A Day" album, a tribute to the songs of Carole King (who just happened to write a successful Monkees hit or two as well ... including one of YOUR favorites, "Sometime In The Morning" ... which just happens to be one of MY favorites, too!)  kk 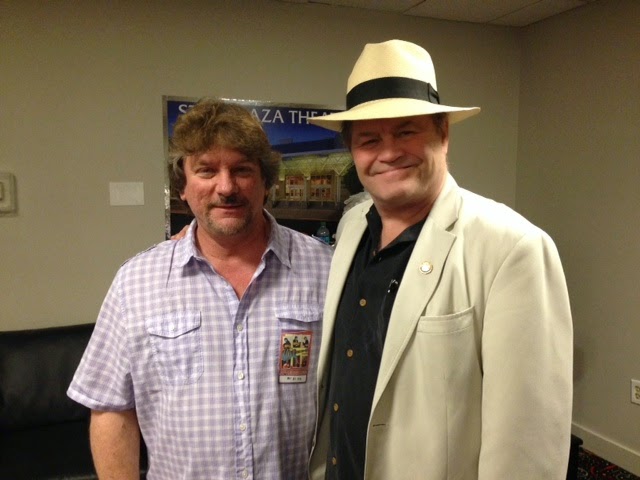 Me and Micky, backstage after The Monkees Reunion Show
At The Star Plaza Theater in Merrillville, Indiana, earlier this year.

And, in OTHER Dolenz-related news ...

We're Having A Panic Attack (featuring Georgia Dolenz, daughter of Micky Dolenz) ... And Everything Will Be OK – Live In L. A. Thursday, 8/7
(That's tonight, folks! - kk)

"We're Having A Panic Attack" is a sketch comedy group created and survived by Georgia Dolenz (daughter of Monkee - Micky Dolenz), Sheila Carrasco, and Rebecca Warm.

The three met during their Groundlings Writer's Lab, and all passed through to the Advanced Lab Level in 2013. They quickly bonded over the fact that they had all experienced panic attacks as children.

Perhaps dark, but also weirdly uplifting and hilarious, the three felt it only appropriate to call their new sketch group
"We're Having A Panic Attack".

The group’s first sold out show in March ("We're Having A Panic Attack ... And You're Invited") was a great success. They were subsequently invited to perform in the 2014 LA Improv Comedy Festival, after which they began creating a brand new show.

The new show, this Thursday (August 7th) is titled:  "We're Having A Panic Attack ... And Everything Will Be OK" and includes all new sketches and material.

Says Dolenz, “Our show travels from the inappropriate to the absurd, past some wigs and dry wit, landing back onto a pile of classic comedy crash mats.” 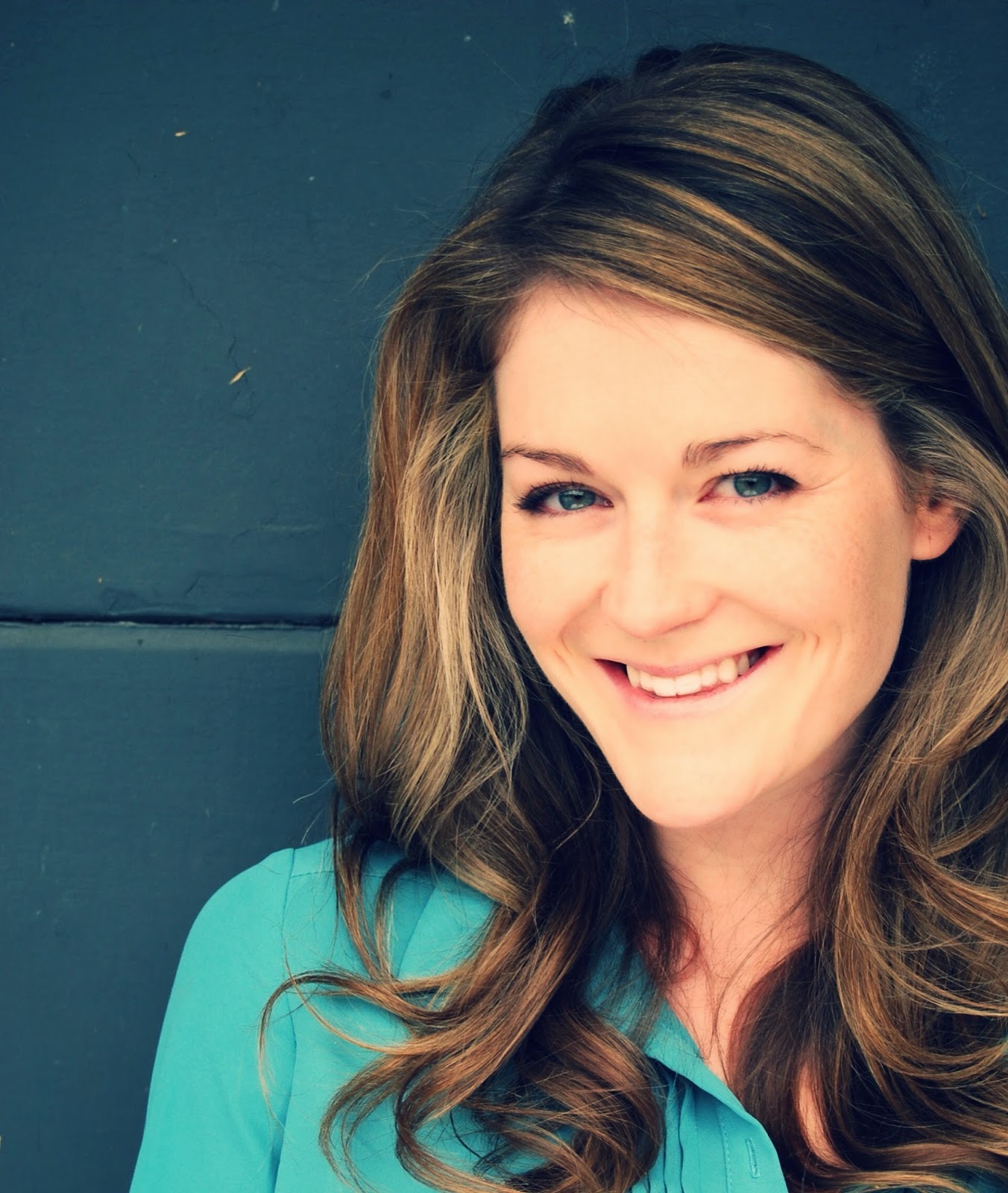 We've been in a bit of a concert lull of late ... but there are some GREAT shows coming up at The Arcada Theatre over the next few months ... and we're hoping to be there for most of them.