Here's a K-Mart Chart from 1977.  It kicks off with a couple of disco-tinged songs at the top ("I Just Want To Be Your Everything" by Andy Gibb and "You Made Me Believe In Magic" by The Bay City Rollers) but a fair amount of the rest of this chart would probably qualify for soft-rock / easy-listening / middle-of-the-road programming today.

Not that there aren't a few good tracks scattered amongst the bunch.

A personal favorite is the Dean Freidman song "Ariel".  (Dean has participated with Forgotten Hits from time to time over the years ... although we haven't heard from him in a quite a while now.)

Other Forgotten Hits favorites include "You And Me" (a soft-rock track from Alice Cooper), "On And On" by Stephen Bishop and "Just A Song Before I Go" by Crosby, Stills and Nash.

And am I the only one out there that thinks Shaun Cassidy did a pretty credible job singing Eric Carmen's "That's Rock And Roll"??? 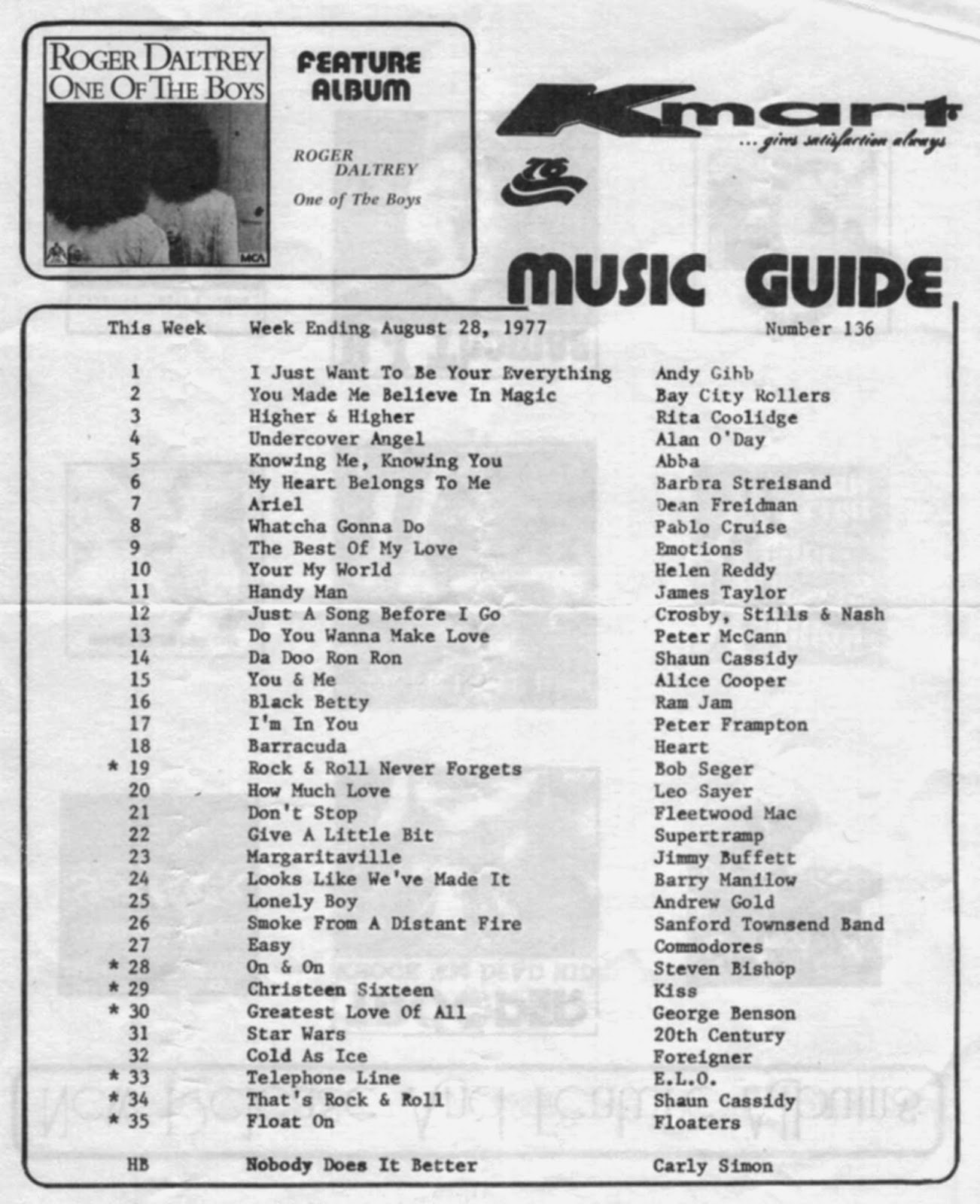 The Beach Boys top this hard-to-read KRLA Chart from this date in 1963.  In fact you'll find quite a bit of surf music on this week's chart ... "Wipe Out" by The Surfaris, 'Baja" by The Astronauts, "Surfin' Hootenanny" by Al Casey and "The Lonely Surfer" by Jack Nitzche are all part of this week's Top 50 listing. 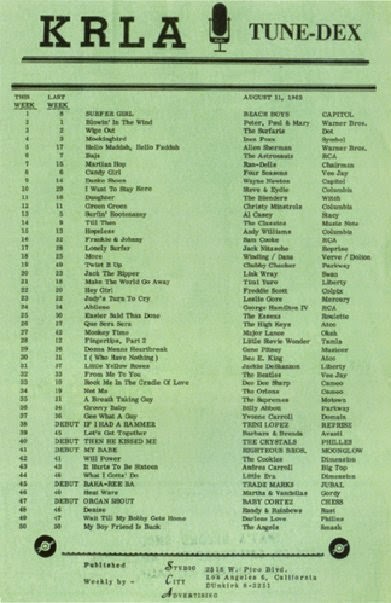 Here's a Top 30 Chart from KGLA, circa 1972.  Elton John's on top with one of his biggest hits (but ironically one that DIDN'T top Billboard's Chart), "Honky Cat".  "Layla" is also in The Top Ten this week as is a favorite of mine by Austin Roberts, "Something's Wrong With Me".

We also don't get to hear "Conquistador" by Procol Harum much anymore ... and check out Michael Murphey at #14 with "Geronimo's Cadillac"!

Look closely and you'll find Led Zeppelin at #26 with "Stairway To Heaven", a song that was never officially released as a single!  (And two spots behind The Carpenters with their latest hit, "Goodbye To Love".)

Yep, variety was the name of the game in Top 40 Radio back in the day!