REVOLVER:
Hi Kent:
Many thanks for marking the 50th anniversary of "Revolver." It certainly can be argued that it is the Beatles' finest album (although I still give that honor to "Abbey Road"). But in your comments, you said that the British release included "Drive My Car" and "Norwegian Wood."  Not so. Those songs appeared on the British version of the Beatles' previous album, "Rubber Soul."  The confusion among American fans for many years stemmed from how Capitol Records shamefully cannibalized both "Rubber Soul" and Revolver" to create a "new" album for the U.S., "Yesterday and Today." For that album, and I use the term loosely, the songs "Drive My Car," "Nowhere Man," "What Goes On?" and "If I Needed Someone" were lifted from the British "Rubber Soul," and "I'm Only Sleeping," And Your Bird Can Sing," and "Dr. Robert" were taken off  the British "Revolver."  Add "Yesterday" and "It's Only Love" from the Brit "Help" album, and the "We Can Work It Out" / "Day Tripper" single, and wha-lah, you have the mish-mash American "Yesterday and Today" album.  It wasn't until EMI released the true British versions of the Beatles' albums on CD in the late 1980s that many American fans became aware of the true, intended song line-up of each album. Thankfully, from "Sgt. Pepper" onward, the British and American versions coincided.
Many thanks,
Garry Berman
Yeah, I really blew it on this one ... bumped what I had planned to run when I realized the significance of the date ... and then pulled it all together in about nine minutes before I had to run out the door for work ...
Craziest thing about it is I ran a photo of the back cover which correctly lists all the titles and yet I STILL didn't catch it!!!
The Fest For Beatles Fans hits Chicago next weekend ... will you be in town for this?  (Not sure if we're going yet or not.)  I just interviewed Billy J. Kramer this past week so wanted to say hello to him ... and probably know at least a dozen more folks who'll be making appearances.  Plus it'd be really cool to meet Klaus Voorman on the 50th anniversary of "Revolver" too!
Thanks again for the heads up ... I have since fixed the posting.  (By the way, "It's Only Love" appeared on the US version of "Rubber Soul" ... see, it can happen to the best of us!  lol)  kk


MORE GREAT CONCERT DEALS FOR THE LOCALS ON THE LIST:
Forgotten Hits Locals have the chance to score discounted tickets to several of the shows hitting our area in the next few months.  (Live in the area and not on the Locals List?  Drop us an email at forgottenhits@aol.com and put LOCALS in the subject line ... if you live within a reasonable traveling distance of our area, why not take advantage of some of these special ticket offers we're able to pass along from time to time?)
Thanks to Ron Onesti and The Arcada Theatre, this time around, folks can see The Liverpool Legends (Beatles Tribute) on August 12th, The New York Bee Gees (with a special salute to Donna Summer) on August 26th, The Doo Wop Live show, August 28th, starring Joey Dee and the Starliters, Danny and the Juniors and Terry Johnson's Flamingos and Jose Feliciano on September 4th.
Simply visit The Arcada online box office at http://www.arcadalive.com/event-list/ and enter the special promotional code FH50DEAL at check-out and you will receive 50% OFF your ticket price for each and every one of these shows!
Don't miss this chance to catch some great musical entertainment at HALF OFF the normal ticket prices!  Order your tickets today!

THIS AND THAT:
From FH Reader Frank B ...
Tony Orlando is excited about his upcoming reunion shows with Dawn ...
http://wcbsfm.cbslocal.com/2016/08/05/tony-orlando-is-excited-for-his-reunion-shows-with-dawn/

Hey Kent,
Two things ...
All those Archies' songs and yet no "Who's Your Baby", a top 40 hit? I know it was a single only, but it should have been added to one of the CDs, don't you think?
The best cover version of "Theme From A Summer Place" I've heard is by Joanie Sommers. She may be  the most under appreciated female singer of the sixties. There's a lot more to her than just "Johnny Get Angry".  "Don't Pity Me" was another great early song.
She was equally adept at pop, jazz and all those great Pepsi commercials.  In fact, she was once billed as "The Voice of the Sixties".
Some of my other favorites include "I'd Be So Good For You", "Little Girl Bad", "It Had To Be You", Out Of This World" and "A Lot Of Living To Do".She is well worth looking into.
Bill Mulvy
I get it ... if you're going to do an Archies complete album package, that's one thing ... but this is the most DEFINITIVE Archies package ever ... so at the very least you ought to make sure every track is present and accounted for.  "Who's Your Baby" reached #25 on the Record World Chart despite a #40 showing in Billboard ... it should have been included as a bonus track.
I'm not all that familiar with the work of Joanie Sommers ... "Johnny Get Angry" was her only National Top 40 Hit ... but I know she also did a cover of "One Boy" from "Bye Bye Birdie" ... and I specifically remember playing the heck out of one of her B-Sides, "Why Don't You Do Right", the flip of "Be My Love" as I recall.
As for her take of "Theme from 'A Summer Place'", I'm not quite as head-over-heels in love with it as you are ... but it's still worth sharing ... as is the missing Archies track.  (kk) 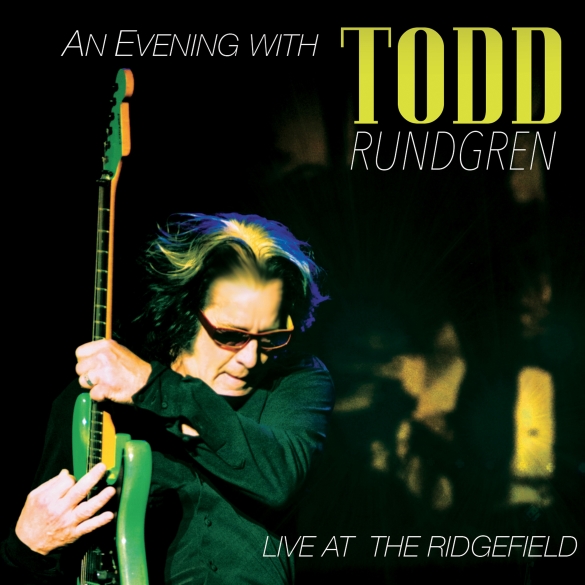 “An Evening With Todd Rundgren – Live At Ridgefield” To Be Released August 26, 2016!

Cleopatra Records is pleased to announce “An Evening With Todd Rundgren – Live At Ridgefield” on August 26, 2016. Get ready for an incredible concert experience, a multi-media extravaganza available on CD, Vinyl, DVD, and Blu-ray, starring classic rock icon and famed songwriter / producer Todd Rundgren.
A Wizard, A True Star, the title of his 1973 solo album, aptly sums up the contributions of this multi-faceted artist to state-of-the-art music. As a songwriter, video pioneer, producer, recording artist, computer software developer, conceptualist, and interactive artist, Rundgren has made a lasting impact on both the form and content of popular music. He had produced more than fifty records for other artists, including Hall & Oates, Cheap Trick, Patti Smith, XTC, Grand Funk, The Band, and Meat Loaf's Bat Out of Hell.
Recorded live at the Ridgefield Playhouse in Ridgefield, CT on December 15, 2015, Rundgren's new release includes some of his best known songs including “Hello It's Me”, “I Saw The Light” and “Bang The Drum All Day”! PLUS, hear / watch fan favorites that haven't been performed live in decades, including unforgettable Utopia and Nazz anthems. 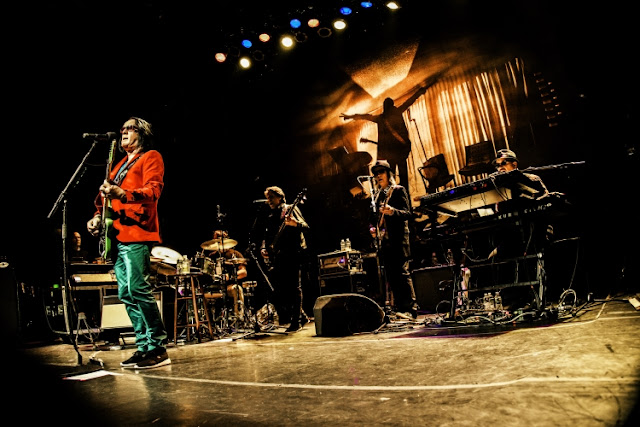 To purchase “An Evening With Todd Rundgren – Live At Ridgefield”:


New York -- Bassist Robert Miller, whose group Project Grand Slam has produced their own re imagined version of the great Ray Davies / Kinks song “You Really Got Me,” has elicited a quote from Ray’s brother (and, co-founder of The Kinks) Dave Davies on the production: “Very unique version and I am liking it!”
Says Miller, “We wanted a terrific, cover for the new album (The Queen’s Carnival out on 8/19) and I knew instantly this was it. It’s a great song, always has been, always will.” Their new album, The Queen's Carnival is out on (SONY/RED) on August 19.

Hi Kent,
Keep up the good work ... I always enjoy your website.
Thanks.
Ed Kocjan
Posted by Kent Kotal at 12:22 AM