OK, so we did get to finally have the Cornerstones of Rock show shown here in Lincoln, but while I watched it, I kept thinking there were a few songs here and there that were missing.  I checked my DVD and sure enough, the Chicago WTTW broadcast of the event was longer than the pared down national PBS show.  SO, their pledge promises NOW fit correctly, even 'tho done back six months ago in Chicago.  NOW, the national showing deletes seven songs shown on WTTW's broadcast, so their advertising is correct for the current show offering bonus material not shown on the broadcast.  We original buyers still got a bit ripped off, but current buyers WILL get what is promised.
AND FH member and friend and one of the Shameless girls who was there in the 60's and still stays in touch will these Chitown faves, Marlene O'Malley, is featured TWICE (same clip both times) in the national promotion -- once in the show and once in the pledge rap videos.  Marlene, you are a national star!!!
Take care,
Clark
Ahhh ... so see, they DID find a way to "make things right" ... by not doing anything at all except cut even MORE footage from the program.  (I'd be curious to see how the nationally syndicated version plays ... obviously a lot "tighter", I'm sure ... it'd be cool to check the continuity.  I'm sure in some diluted way PBS figures "less is more" ... now they can squeeze in an even higher pledge-time ratio and get more money for the station by shipping what appears to be "additional bonus footage" on the dvd's they already have in stock, ready to ship).  Maybe that'll fool most of the people.  However, we've already heard from readers like Tom Cuddy, who caught the show in New York City, and asked "Didn't The New Colony Six do 'I Will Always Think About You'?"
Of COURSE they did ... it was their biggest, #1 Hit here in Chicago (although "Things I'd Like To Say" charted higher nationally) ... but BOTH were National Top 20 Hits!!!
As for Marlene, congratulations on making the cut!   She has ALWAYS been front-and-center supporting these artists dating back to their original hey-day in the '60's.  (OMG ... Remember when I referred to you and your posse as "The Shameless Hussies" several years ago?!?!?  I still get teased about that!)
Regardless of whatever shoddy final editing they did, this show is STILL worth watching for the pure talent and power of the music it encompasses.  The live show tomorrow night at The Arcada Theatre has been sold out for months ... and my guess is that more national dates will be added once this show airs a few more times across the country.  Congratulations again to ALL our Local Heroes for your most recent 50-year "overnight success"!!!  (kk)
Hi Clark,
So glad you got to see the show, and I agree with you about the stripped down versions. Everyone here was shocked, too, when they left off some of the biggest songs! Too bad, cuz they were all so great! And you're so funny, with your Shameless plug! I still can't figure out why that camera caught me and not some of the other fans ... although I was probably singing along more than most others! But again, I'm really glad you were able to catch the show. They're doing it again this weekend at the Arcada Theater in St. Charles ... and yeah, I'm going again!!! Man, I gotta start saving money for my old age!!!!!!!
Take care ...
Marlene
Ron Onesti says he'll find a way to squeeze me in ... so you just me see me there Saturday night, too!  (I can't believe I've missed every show they've done so far!!!)  kk


Hi Kent -
Thank you for mentioning Jimy Sohn's Birthday, August 23rd!!!
It really hasn't been made clear about Jimy and the Original Shadows of Knight Concert that was to happen this month?
When in doubt, ask the master ...
Jimy is the GREATEST and me along with his MANY FANS  hope he is healthy and recuperating from his stroke.
Carolyn
I wasn't really clear about the reunion show either ... I swear I saw as many as three different dates and two different venues listed at various times ... so I thought maybe they were doing multiple shows together.
Rather than guess (or try to sort it out) I simply went to Jimy (who is doing GREAT by the way!) himself to set the record straight.  (kk)
The reunion show was August 20th ...
As of now, no  others have been planned.
I will be performing Saturday, September 3rd, as part of the Cornerstones show at the Arcada.
Jimy
Hope to see you there!  (kk)

Earlier this year we featured a Monkees salute as one of our monthly Sweet 16 features ... the songs we felt were the most timeless and best defined the band.
Now Rolling Stone has put together a list of The Monkees' 15 Favorites ... songs that they feel were most important in their lives for one reason or another.  (Let me tell you, it's a drastically different list!  lol)
It still makes for some VERY entertaining reading, however, as you hear it from their side.
You can check the interview out here:
http://www.rollingstone.com/music/news/the-monkees-our-life-in-15-songs-w435214/porpoise-song-1968-w435266

Hi Kent,
I am a collector offering top price for RW issue of March 23, 1968 if you might have a source.
Thanks,
Sheldon Mulman
Montreal, Canada
Happy to put some feelers out there for you.  Good luck!  (kk)

~ EAGLE ROCK ENTERTAINMENT TO ISSUE FIRST EVER DVD RELEASE OF BRYAN ADAMS ~ WEMBLEY 1996 LIVE ~ ON DVD, DIGITAL FORMATS – OCTOBER 14, 2016 ~
New York, NY -- On October 14, 2016, Eagle Rock Entertainment will release Wembley 1996 Live by Bryan Adams on DVD and Digital [MSRP $15.98].
This is the first ever DVD release of this famous Bryan Adams show and it is of course packed with classic tracks including: “Summer Of ’69”, “(Everything I Do) I Do It For You”, “Can’t Stop This Thing We Started”, “The Only Thing That Looks Good On Me Is You”, “It’s Only Love”, “Run To You”, “Kids Wanna Rock,” “18 ‘Til I Die”, “All For Love”, “Heaven”, “Have You Ever Really Loved A Woman” and many more! The storming rendition of “It’s Only Love” features Melissa Etheridge as a special guest.
It was July 27th, 1996 and a sell-out crowd in excess of 70,000 welcomed Bryan Adams to Wembley Stadium on his 18 ‘Til I Die Tour in support of the multi-platinum album of the same name. 18 ‘Til I Die had been released a few weeks earlier and hit the No.1 spot on the UK Albums Chart and gone Top 5 right around Europe. The show opened with the album’s first hit single “The Only Thing That Looks Good On Me Is You” and immediately the stage was set for an energetic, hit packed performance which was received with wild enthusiasm by the huge crowd.
Wembley 1996 Live is a legendary show for Bryan Adams fans, finally being released on DVD for the first time.  With Bryan Adams touring in the US and Canada this September, there is no better time to reconnect with this fantastic performer.
See www.bryanadams.com for more details regarding tour dates.
View "Summer of 69": http://vevo.ly/rDxwBf
Pre-order here on Amazon: https://www.amazon.com/dp/B01KA8ER6E

The Good Vibrations (50th Anniversary Edition) vinyl EP features the original 7" single version, an alternate studio take, an edit of the song with elements from various sessions, an instrumental, and a live version from a Honolulu rehearsal in August 1967 that was originally intended for the lost album Lei'd in Hawaii plus the single’s B-side, "Let's Go Away For Awhile." A pull-out lithograph of the single’s original Japanese cover art, with its "Good Vibration" title typo intact, is included in the EP package, which features the original 1966 U.S. single cover art on its front.
Also available now ... The 50th Anniversary PET SOUNDS box set


We had a GREAT time at the Garfunkel and Oates concert last Sunday Night at The City Winery ... pure entertainment from start to finish (and I think they were having as much fun as the audience!)  Of course there's not a single joke I can repeat here ... funny ... filthy ... just all around good fun entertainment.  (Check out their YouTube Channel below)  kk

https://www.youtube.com/user/rikilind/videos
Frannie was able to snap a couple of pics ... 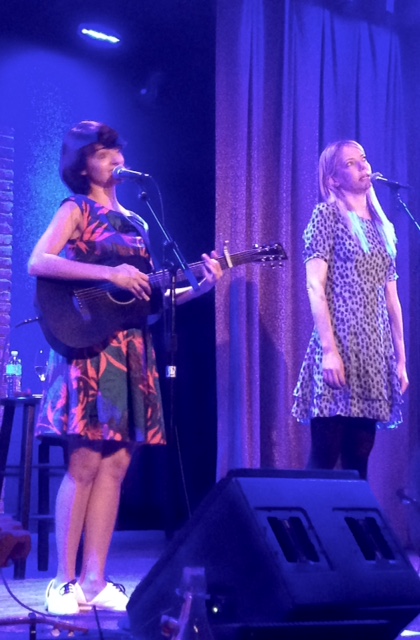 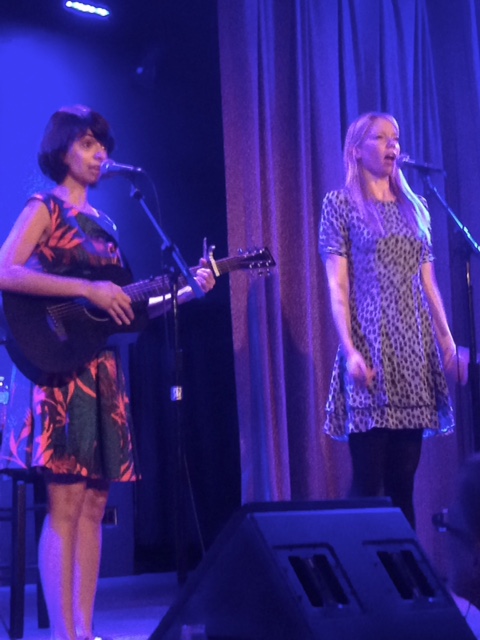