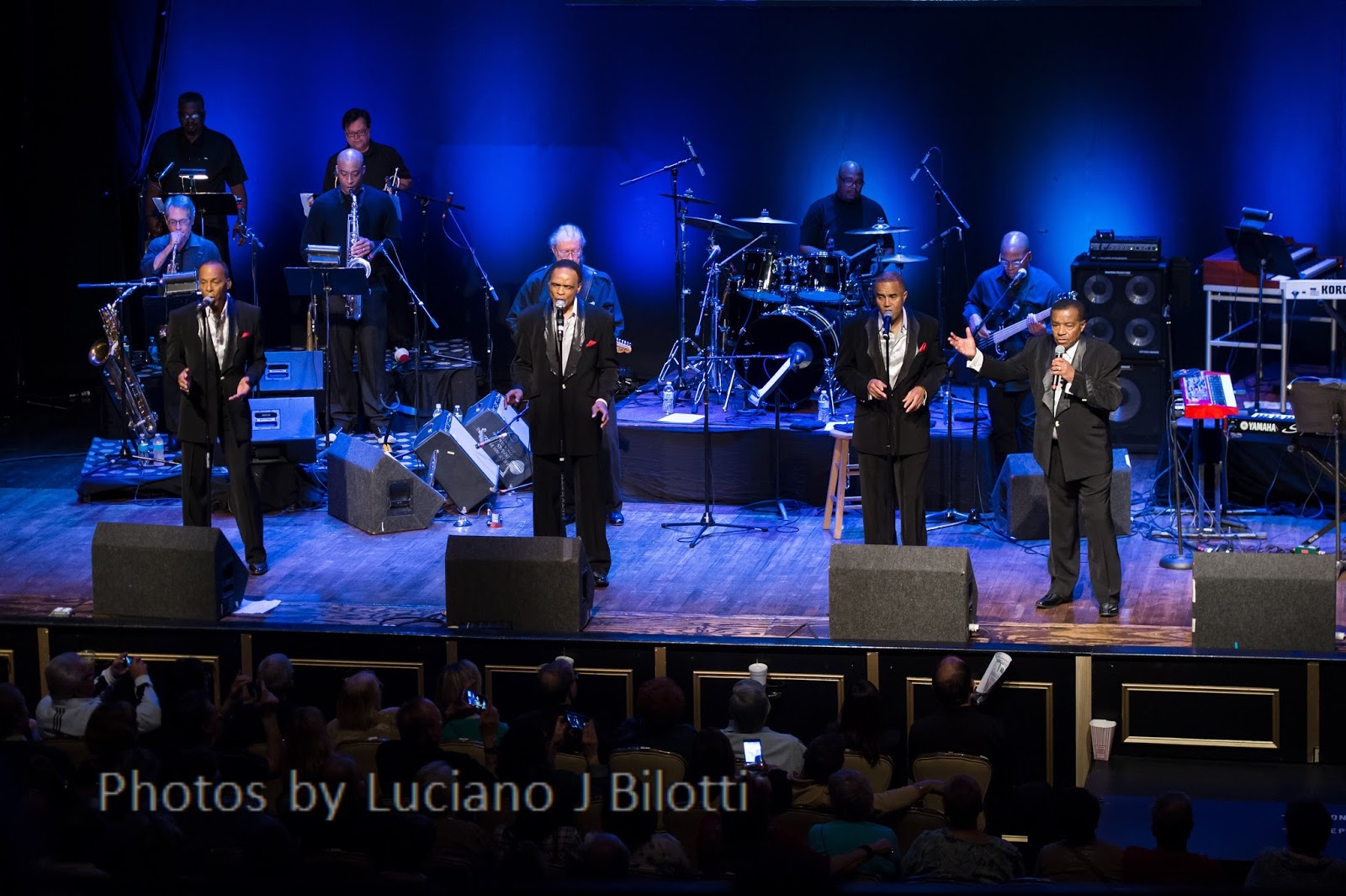 Don't think for a minute that Little Anthony and the Imperials is an "oldies but goodies" nostalgia act ...

Backed by a nine-piece crackerjack band (augmented by a four piece horn section), Little Anthony rocked The Arcada stage Sunday Night in a way you would NEVER expect to hear them perform.  (This is a class act every step of the way.)

And the fact that Anthony is now 76 years old makes it all that much more incredible when you hear the spot-on tone and power in his voice as he hits and holds each note.

One original Imperial remains ... Ernest Wright ... and he and Anthony Gourdine are both Rock And Roll Hall Of Fame Inductees, Class of 2009. 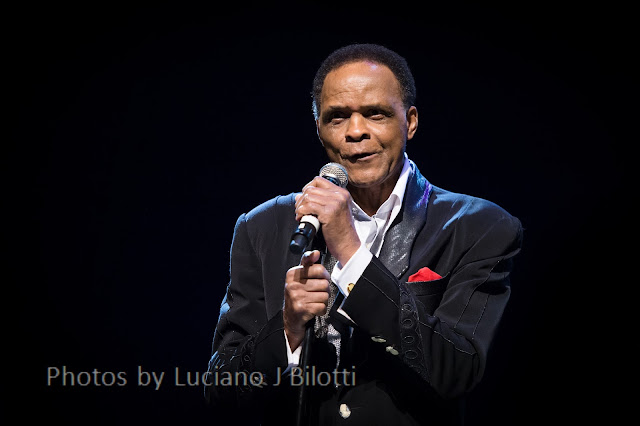 (Anthony makes a good point as he introduces the other members of the band ... when you keep a band together for 58 years, you're going to have some changes!!!) 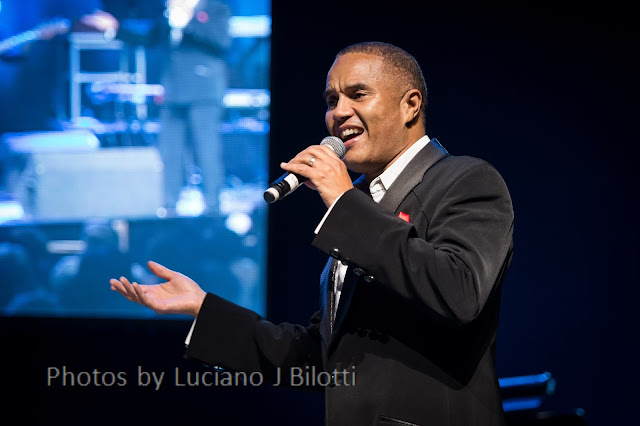 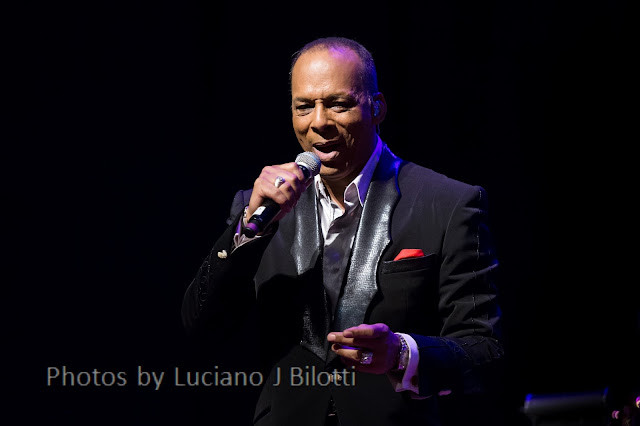 Highly recommended ... we loved them last time we saw them, too ... a couple of years ago.

(Check out our review from April of 2014 ... it is every bit as glowing ...
http://forgottenhits60s.blogspot.com/search?q=little+anthony )


Very special thanks to Luciano Bilotti for the great photographs!  Thanks, Lou!  (kk)

We ran into R&B Fan Chet Coppock at the show ... who files his own report ...


The diminutive Hall of Famer arrived on stage at The Arcada with no fanfare and no introduction while sporting a red pocket square with his jet black tuxedo.

Perhaps, Anthony Gourdine, "Little Anthony", was stealing a page from the understated entrances used for so many years in so many countries by Francis Albert Sinatra. Frank required no booming p.a. announcement to signal his arrival - nor does Anthony.

God, Anthony's band was air tight. The horn section was riveting while the piano player's work on the group's cover of Little Richard's "Lucille" was a distinct reminder of the keyboard work Johnny Johnson did for so many years with the St. Louis Tiger, Chuck Berry.  (I've always said it was Johnson who provided the body to Chuck's work.)

After all these years, Anthony can still make "Tears On My Pillow and "Hurt So Bad" sound refreshing and vital.

The old timer, who admits to being 75 but is probably closer to 80, is given a big boost by three prolific backup singers, all multi-talented.  They joke with Anthony, teasing him in good-natured fashion. At one point, as Anthony took the house on a journey about some aspect of his life, one of his guys barked, "Anthony, this isn't the History Channel. We're doing a rock concert."

The byplay between Anthony and the band is obviously rehearsed, but it manages to come off in remarkably spontaneous fashion.  This is a classy Vegas showroom act with soul and heart.

I recall seeing Anthony in Madison Square Garden twenty years ago with Bo Diddley, Leslie Gore and Dion.  It was an honor to see this musical genius again.

Late entry ... Anthony's guitar player was wickedly good, adding life and additional passion to the show. His solo that kicked off the festivities told you this act wasn't a garage band from Des Moines. 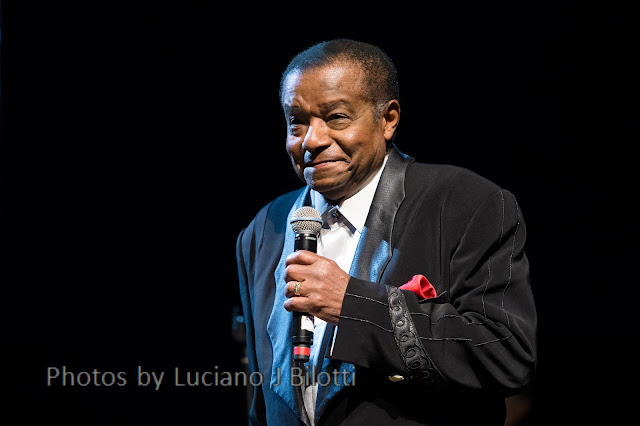 Me, Little Anthony and the Imperials from a couple years back ... 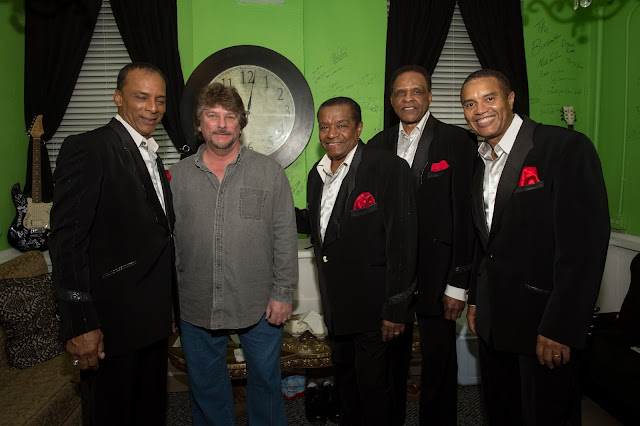