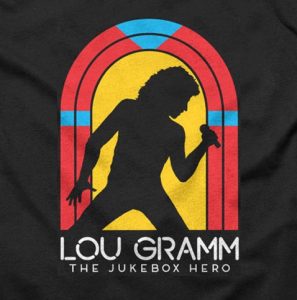 I have been a Foreigner fan from Day One ... I played their first four album incessantly as each was released.  (I remember the first Foreigner album coming out shortly after the first Boston album topped the charts ... two brand new INCREDIBLE bands who were creating Classic Rock staples at the time ... still played every single day for the past 40 years now!)

Despite my love of their music, I never had the opportunity to see Foreigner live during their hey-day.  In fact, because of other commitments, I missed Lou Gramm the last couple of times he was here ... and wasn't able to attend this summer's Foreigner concert in Elk Grove Village either ... so I was bound and determined to make it to this show.

Although their set list contained some interesting classic rock selections, they were painful to listen to ... the volume was just too loud to be enjoyable.

After an intermission followed by a brief delay, Lou Gramm took the stage around 9:15.  My hope was that this seasoned professional wouldn't blast us out of our seats ... surely his band knew better that to really enjoy the music, you have to be able to HEAR the music at a sound level that allows your brain to process all the little nuances that make the whole thing come together as a collective piece of work.  Unfortunately, I was wrong.

They were every bit as loud ... and seemed to get louder as the night went on.  (In fact, at one point Gramm, addressing the balcony asked "Are we loud enough up there?" and then stated "'Cause I think we're about to get a little louder.")

I have to admit that this statement pretty much did me in.  I LOVE their music ... but it became such a muddled mess due to the volume that I wasn't able to enjoy the show.  (This has to be the loudest show I have ever heard at The Arcada ... and I've been to two or three others where the artist seemed more concerned with "turning it up to 11" than providing a concert experience that one could actually enjoy.)  Too bad ... as I had been looking forward to this one for a long, long time. 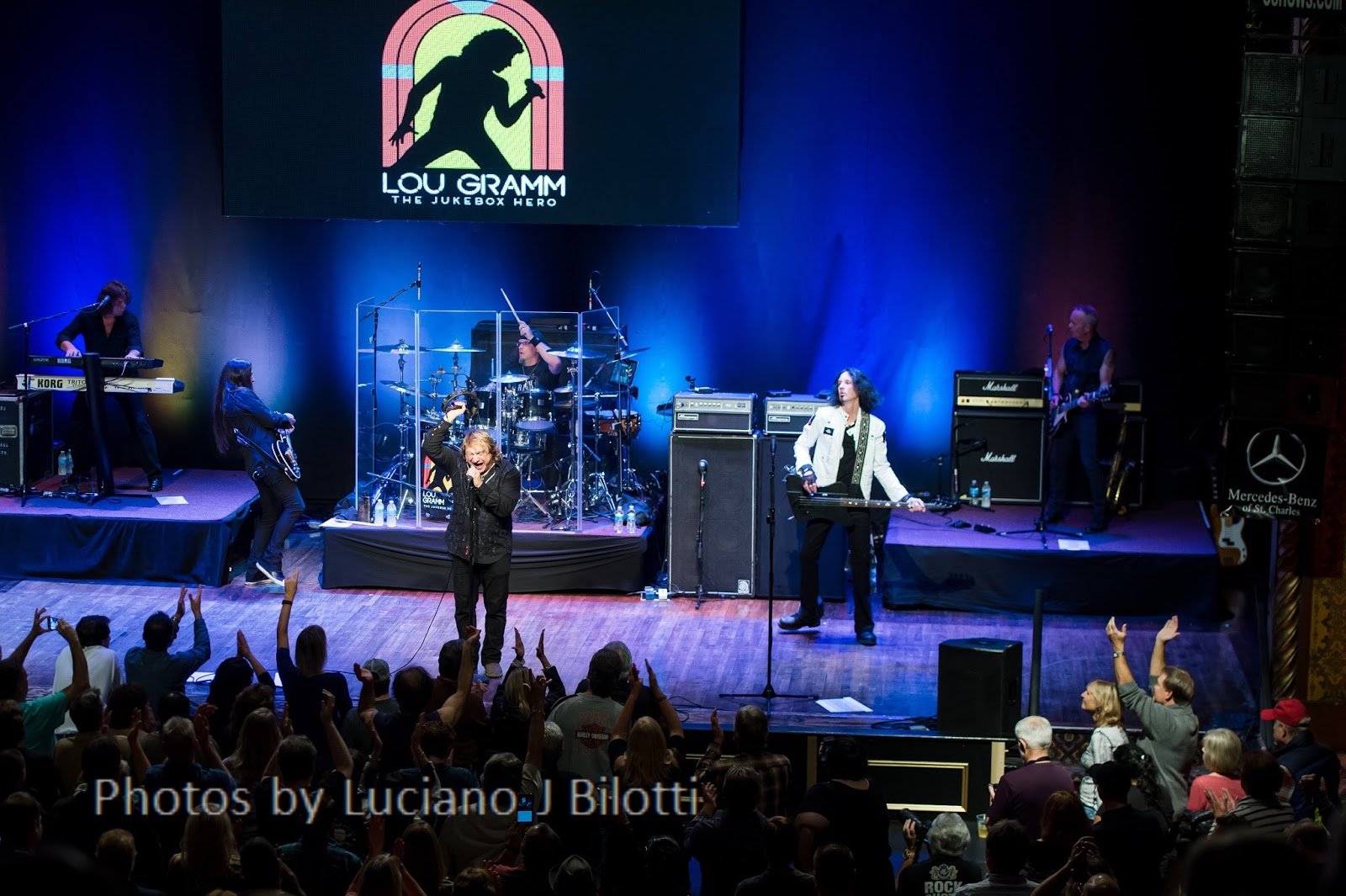 Now, for the record, I will also state that's just me ... the REST of the crowd spent the entire concert up on their feet, cheering and screaming along with the band ... EVERY song drew this type of reaction ... and he did them all ... all of Foreigner's greatest hits plus a couple from his solo career.  The audience LOVED it!!!  It was a head-bangin' night of classic rock and roll and the audience absolutely ate it up.

And I was surprised to see the mix of fans in that audience ... literally EVERY age group ... from a pack of screaming girls in their 20's ... to 40 year old women up on their feet, fist-pumping and singing along with every single word ... to couples in their 60's, drifting back to driving around listening to these tunes blasting out of their car radios when they first heard them some 40 years ago.

So how was the show? Almost impossible to gauge ... but he certainly accomplished what he set out to do ... Gramm rocked the house Saturday night with an incredible selection of material.

Was he good?  Absolutely ... and the audience LOVED him ... the music he and Mick Jones created is timeless.  It just would have been SO much better if it wasn't sledgehammered into your brain and presented instead at a volume level that you could actually enjoy.  (Seriously ... as I type this, it is 12 hours after we got home from the show ... and my ears are STILL plugged and ringing.  I'm sorry ... but that just doesn't present an enjoyable concert experience for me.) 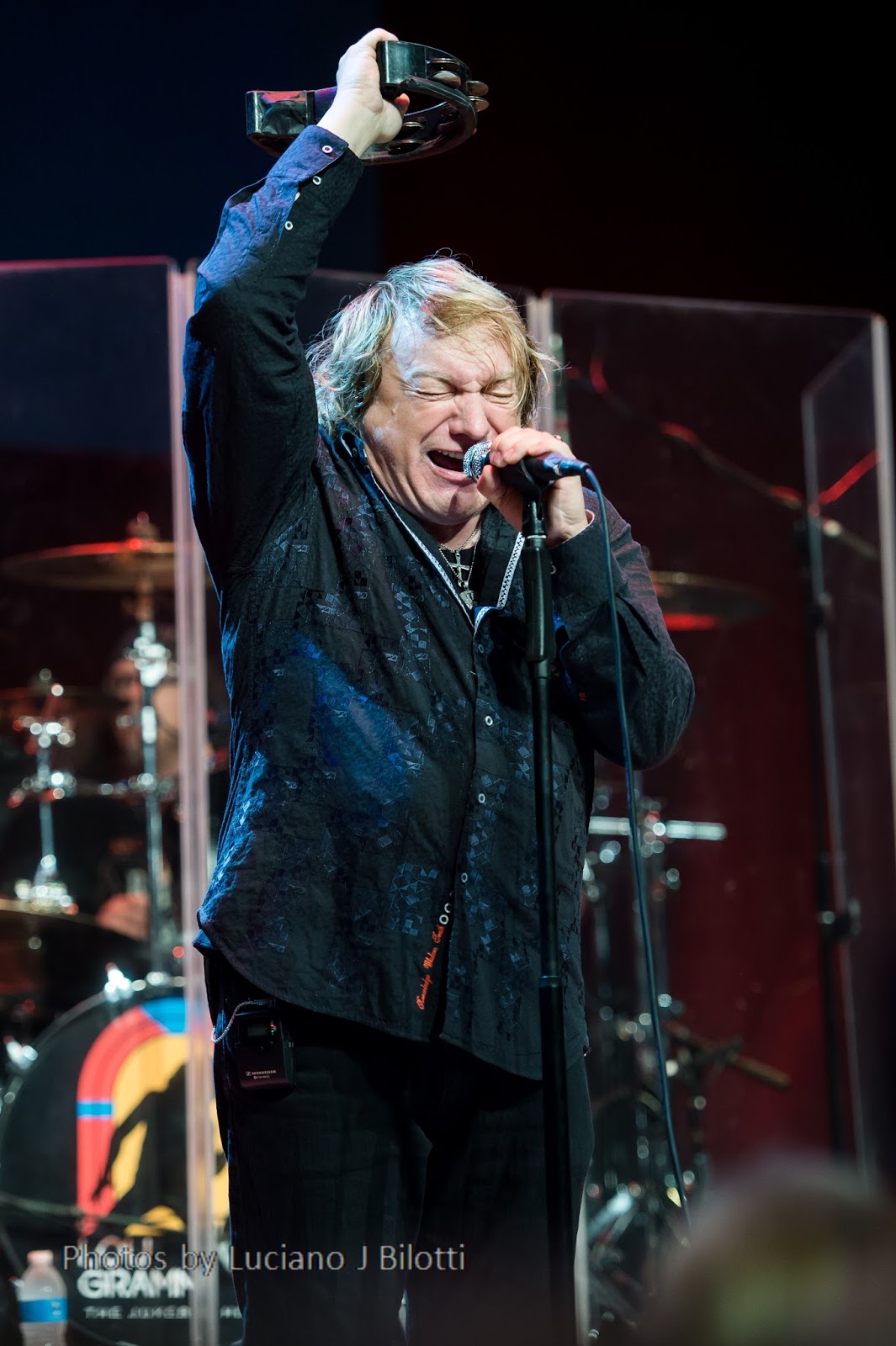 One forgets just how many hits Foreigner had ... Lou Gramm presented a non-stop assault of hit after hit after hit Saturday Night ... and still had to leave out a ton of material.

Here is a complete list of Foreigner's 21 Top 50 Hits, showing Billboard's peak position for each title ... I have also included three Lou Gramm solo tracks that met this criteria.

Songs with an asterisk were performed Saturday Night):

He also did the Free classic "All Right Now" as part of his encore.

If you love this music, go ... but I suggest you bring some earplugs with you so you can truly enjoy the show!
http://www.lou-gramm.com/tour-dates-2/ 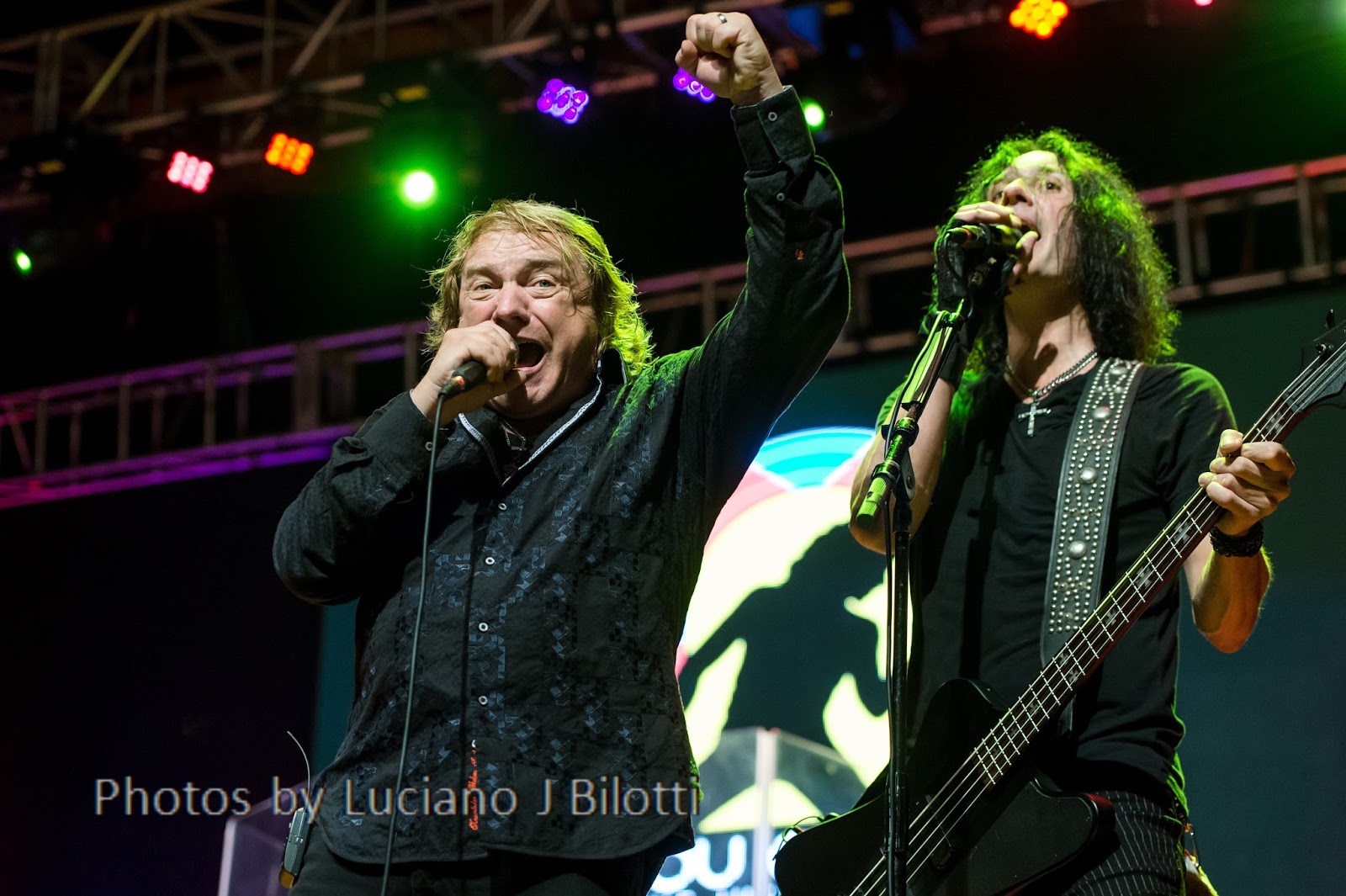 Gramm unsuccessfully fought his drug demons throughout his first stint with Foreigner.  (He returned on several occasions to rejoin the band for special projects.)  Then he was diagnosed with a brain tumor that required immediate surgery.

In this interview with Fox News, he explained how drugs and a brain tumor nearly killed him ... and how rehab and becoming a Born-Again Christian has kept him on the right path ever since ...
http://www.foxnews.com/entertainment/2013/05/15/foreigner-singer-lou-gramm-explains-how-drugs-and-brain-tumor-nearly-killed-him.html
Posted by Kent Kotal at 5:30 AM