Merry Christmas and a Happy New Year from Chuck Buell and Kris Erik Stevens!
In the late 60s while at the Big 89, WLS in Chicago, I was the Early Evening On Air Personality from 6 to 10 followed by Kris Erik Stevens from 10 - 2. We heavily targeted our shows to the Radio-Listening Youth of Chicago every week night for eight big hours playing the current Hit Songs of the time, a few of which did become the Forgotten Hits of Today!
As a special year-end promotional thrust in 1969, I conceived, designed and staged this Classic WLS Holiday Photo featuring both me (left) and Kris (right) in a simple Christmas setting. We then sent an autographed version of this photo, accompanied by a personal "Happy Holidays!" message from the both of us, directly to numerous Chicagoland and surrounding area High School Student Newspapers in the months leading up to the Holiday Season with an offer that they could insert it in any such a manner as they saw fit. It ended up appearing in countless high school publications during the last couple of months of the year and was a timely and resounding promotional success for The Big 89's two fun-lovin' On-Air "Nighttime Kids!"
It was just one of many signature elements he and I did that made Radio so much Fun in those Golden Days of Contemporary Hit Radio! 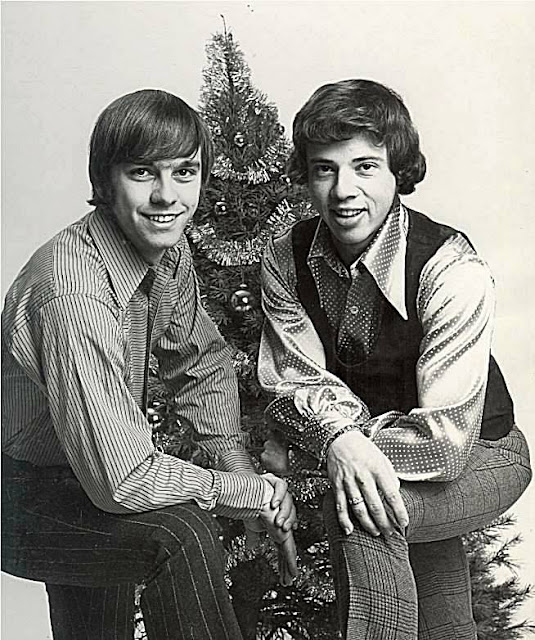 Chuck Buell and Kris Erik Stevens Wishing You Happy Holidays!
Chuck and Kris are heard every night from 6 PM to 2 AM on WLS, The Big 89 in Chicago!

Thank you for featuring "All I Want For Christmas Is You" by Vince Vance and the Valiants.
Vince Vance's real name is Andy Stone, so yes, he wrote the song.
mblandford

And how's this for a last-minute Christmas gift giving idea??? 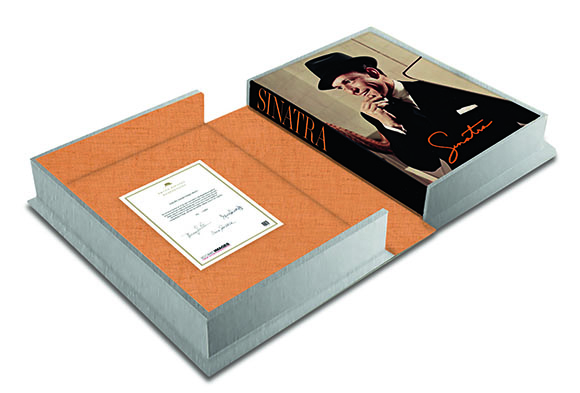 "His camera was a constant companion from his early teens. My daughter, his granddaughter, unearthed these gems and they are seen here for the first time."
- Nancy Sinatra
To commemorate Sinatra's photographic legacy, his granddaughter Amanda Erlinger and noted author Robin Morgan curated the luxurious book SINATRA. Amanda compiled a wealth of rare and unseen images from the family archives for inclusion in the book along with an incredible array of stars to contribute words and imagery. Undoubtedly, SINATRA forms a wonderful, personal memory of Ol' Blue Eyes.
The 400-page book - which comes in luxury clam-shell case - contains a signed certificate of authenticity by Nancy Sinatra, Frank Sinatra Jr., and Tina Sinatra and features an exclusive rare and unpublished signed print of a photograph of Frank Sinatra taken by Nancy Sinatra Sr. This spectacular edition is limited to 1000 copies.
With contributions from an incredible all-star cast including Nancy Sinatra, Martin Scorsese, George Clooney, Billy Joel, Neil Sedaka, Quincy Jones, Paul McCartney, Tony Bennett, and Elvis Costello and the work of photographers Herbert Gehr, Milton H. Greene, Bob Willoughby, Dezo Hoffmann, Ken Veeder, Ted Allan, John Dominis, Ed Thrasher, John Bryson, and Terry O'Neill. SINATRA also features photos from the Capitol Records and Warner Bros. Records archives, unpublished family photos of the Sinatra family and, most excitingly, photos taken by Frank Sinatra himself, including several self-portraits. From now until December 31st, take $500 off when you enter the code Sinatra500 at checkout.

This And That
Hey, Kent,
Please subscribe me to the new comments / 1967 list.
Thanks for your great site. I must admit lately most of my 'new' music (new to me, but from decades ago) comes from Youtube recommended videos. But I do enjoy reading more on your site about the folks who made the music I already know ... and lots that I don't.
Carl
PS I love 'Summer Laughter' and 'Nobody's Baby Now' by Reparata and the Delrons but google search didn't reveal them on your site. They're worthy of some notice, I think.
Reparata and the Delrons - Summer Laughter (1968)
Reparata and the Delrons - I'm Nobody's Baby Now 1966
Nationally, Reparata and the Delrons only had one Top 40 Hit ("Whenever A Teenager Cries, #35 in 1964) ... but they did a little better here in Chicago with that one (it peaked at #15) and "Tommy", the follow-up single, which reached #22 in Chicago ... but only #50 nationally.)
The two you mentioned barely made a blip ... "Summer Laughter" didn't chart at all ... and the best that "I'm Nobody's Baby Now" was able to do was to "bubble under" at #128 in Cash Box ... the other national trades didn't chart it at all.  (kk)

Hey Kent,
I'd like to be added to the subscriber list. I don't want to miss any comments - a year without the Sunday Comments would kill me!
Thanks so much for putting this all together. Looking forward to the things you have in store, too!
Thanks,
AJ Karolczak
Thanks, AJ.  I've emailed Jeff James and Jim Shea, too, hoping that they'll participate from the deejay side of things.  Even if they weren't personally on the air yet, I'm sure this music was VERY influential in their decision to pursue a career in broadcasting.  Plus, I know they LOVED playing this music on the old Y103.9 ... so hoping they'll share some of those memories with us ... and maybe some personal insight to the artists, too!  (kk)

Thanks for the mention of CRM Kent!
It's a shame that the Sunday comments is going on an online hiatus, though.
Larz
It'll still be available (sporadically anyway) through email throughout next year ... but obviously MOST of the focus will be on new 1967 comments as they pertain to our special year-long series.  I'm hoping many of the artists and deejays will continue to share their memories as the series unfolds as most of the calendar has already been prewritten for posting.  Also hoping for a BIG turn-out in the way of readership and memory sharing from all the folks on the list.  (kk)


kk -
Thanks for all your hard work keeping the music memories alive.
I just read your piece on Bill Hengels in today's Forgotten Hits.
Well done, and thanks for getting the news out to all of the FH subscribers.
Bill was a big Forgotten Hits fan.  You're right ... he struggled with brain tumors for quite a few years and sadly passed away in late November. A memorial was held last Saturday and the church was full.
Bill was the king of Silver Dollar Surveys, as you most likely recall. I knew Bill through our careers together at Sony for many years.
Merry Christmas to you and your family, Kent, and let’s all stay healthy in 2017!
Best,
Mike Stineman 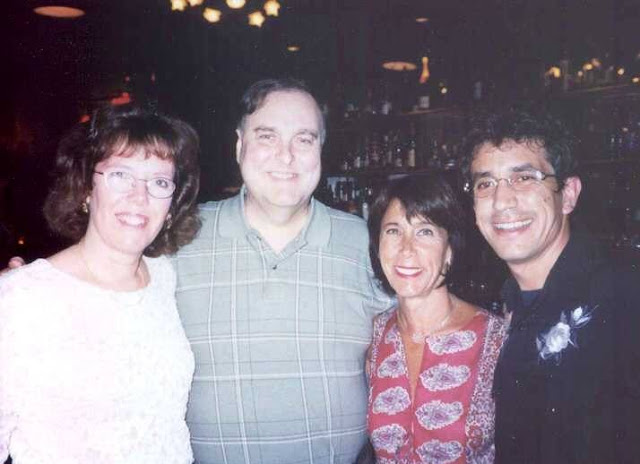