Our brand new series kicks off today with a look back 50 years ...

But first we've got to show you how it got there!

Here's how things shaped up here in Chicago as 1966 drew to a close. 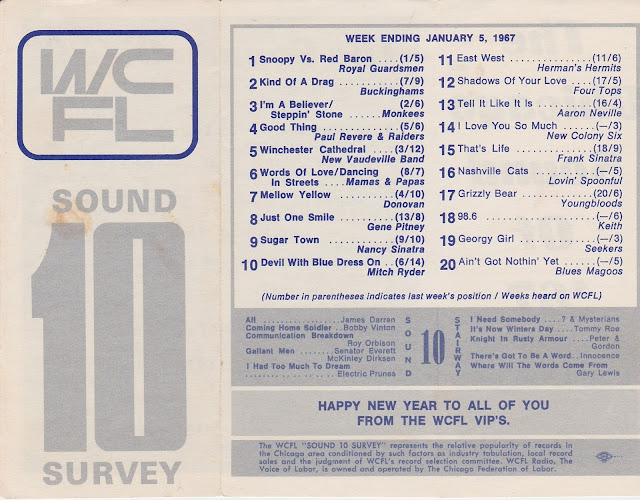 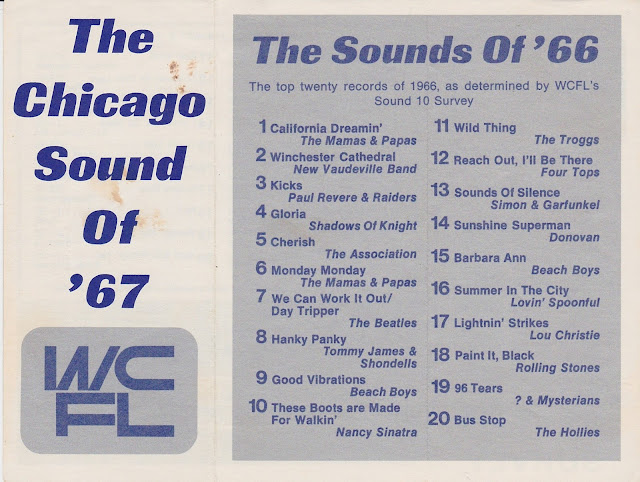 Notice that The Monkees have the #1 Record on WLS but, for whatever reason, they're showing "Steppin' Stone" as the A-Side of the hit!  (This will be the only time the record appears that way in the #1 slot.)  The Monkees haven't reached the top the WCFL chart yet … they're showing "Snoopy Vs. The Red Baron" by The Royal Guardsman on top ... and it'll occupy the #1 spot on Super 'CFL for three weeks.

Some of Chicago's Top 20 Records didn't fare nearly as well on the national charts … "Grizzly Bear" by The Youngbloods, "Love You So Much" by The New Colony Six, "There's Got To Be A Word" by Innocence would be prime examples.

Making the WLS list (but not the WCFL chart) are "Last Train To Clarksville" by The Monkees (#14) and "Five O'Clock World" by The Vogues (#19).  (Again the balance is off because WLS listed "We Can Work It Out" and "Day Tripper" as separate entries at #11 and #12 respectively).