For the first time this year, a record debuts inside The Top 50 when The Supremes' latest, "Love Is Here And Now You're Gone" premiers at #48.  You won't find another new record on the chart until you reach #72 where another Motown act, The Marvelettes, debut with "The Hunter Gets Captured By The Game".


Neil Diamond's got a new one on the chart this week as "You Got To Me" premiers at #74 and a couple of '60's chart staples, The Young Rascals and The Byrds, also make their mark with new releases this week as "I've Been Lonely Too Long" and "So You Want To Be A Rock And Roll Star" debut at #82 and #84 respectively.

On the local front, Chicago's New Colony Six enter the chart at #94 with their latest "Love You So Much", a record that will peak at #2 here in Chi-Town.

Meanwhile, when the president of ACTA Records is stuck in Chicago due to a snow storm, he goes to see The American Breed performing at a local club … and likes the band so much he signs them to his label.  (Almost exactly one year later they will have the #1 Hit in America when "Bend Me, Shape Me" tops the chart!)

That "snow delay" was The Chicago Blizzard of 1967, STILL talked about fifty years later as the worst snowstorm in Chicago's history, dumping 23 inches of the white stuff and effectively shutting the city down.  Weathermen had forecast up to four inches of snow … so you can imagine the surprise when it just kept coming and coming. 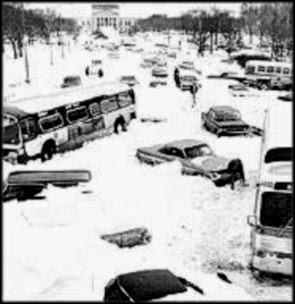 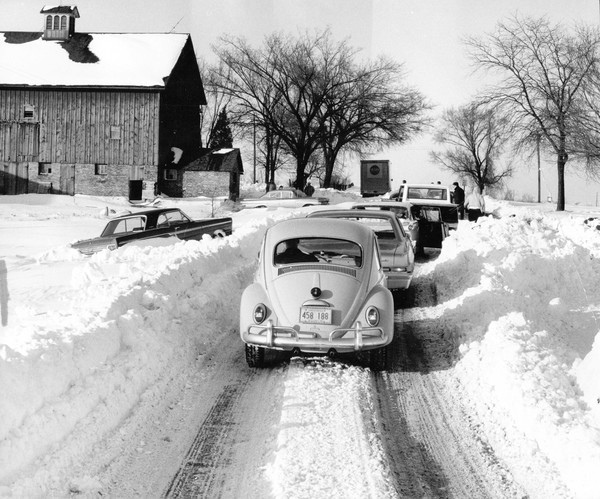 I personally had a paper route to do that day after school … and by then it was already nearly impossible to pedal a bicycle through the building mass of heavy, white wet stuff.  When I still hadn't finished my route by 4:30, my dad came looking for me in the family station wagon so that he could pick up both me and my bike.  Trudging through knee-deep snow and trying to carry that heavy bag of newspapers became tougher and tougher … but when he finally found me, I insisted that I at least finish the route ... so he drove me to every remaining stop so that I could do so.  (Of course the BIG news in the paper wouldn't come until the following day when this storm was documented as being the officially largest snow fall in one day for Chicago.) 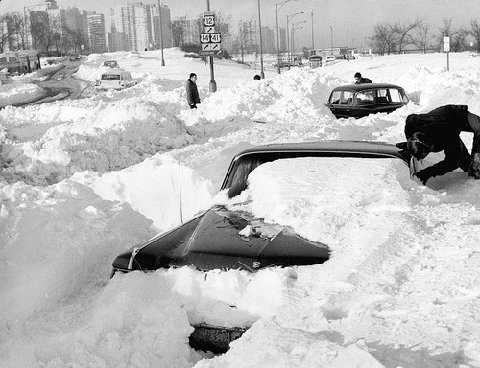 Everything ground to a halt … and later that night and the next morning (naturally school was closed) me and my brothers helped to clear the path and driveway.  When all was said and done we had created snow piles nearly eight feet tall … it got to the point where you couldn't throw it any higher!  As would be expected there was a run on snow shovels and snow plows and blowers but my dad made the most of it and helped clear out many a neighbor with this new snow removal equipment.

Naturally, I got home late that day and I missed today's edition of "Where The Action Is" … which featured the incredible line-up of Keith, singing "98.6", The Seeds (doing "Pushin' Too Hard" and "Can't Seem To Make You Mine") and The Blues Magoos performing "We Ain't Got Nothin' Yet"!