At The Avalon Ballroom in San Francisco, The Grateful Dead, Big Brother and the Holding Company (featuring Janis Joplin) and Moby Grape performed in the Mantra-Rock Dance Concert that later became known as "The Ultimate Experience".  Timothy Leary and Allen Ginsburg were also on hand.

Meanwhile, across The Pond, The Jimi Hendrix Experience made their concert debut at London's Saville Theatre opening for The Who at a programme organized by Beatles Manager Brian Epstein. 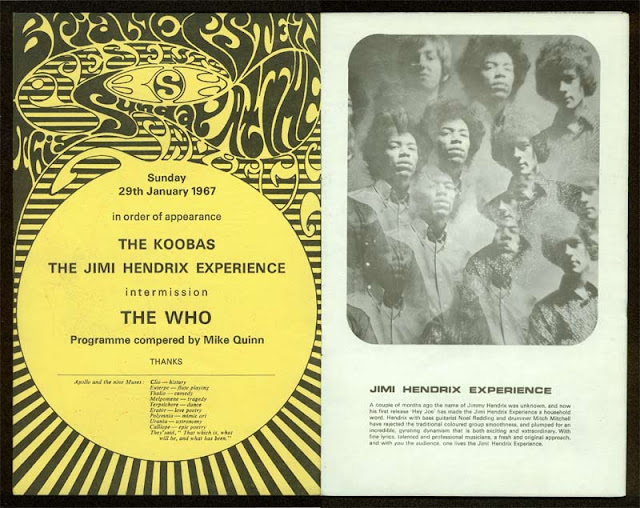 Branch Rickey and Lloyd Waner are elected to the Baseball Hall of Fame.

Number One at the Box Office this week:  Hotel

And, on the local scene (buried under three feet of snow!), this is what we were listening to on our two powerhouse Top 40 Radio Stations ... 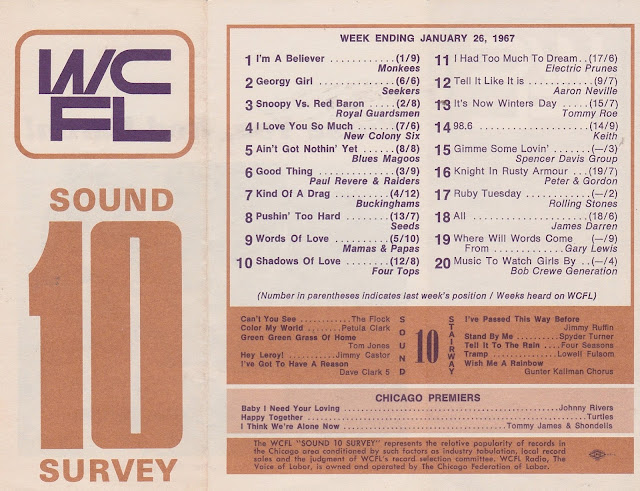 Check out The New Colony Six at #2 on this week's WLS Silver Dollar Survey!

1967 was a VERY big year for our local Chicago area groups ... and seeing The New Colony Six at #2 drives this point home in a very big way.

The NC6 were the first group through the door ... in fact, their very first record, "I Confess", also hit #2 on the WLS Chart the year before.  They knocked down the door that paved the way for all the other Chicago groups to follow ... The Shadows Of Knight, The Buckinghams, The Ides Of March, The Cryan' Shames, The American Breed, et al.

Did we love and favor their music simply because they were from Chicago?

No ... this was GOOD music that still holds up today ... and sounded every bit as home as every other record on the chart when played beside HUGE national acts like The Beatles, The Rolling Stones, The Supremes, The Beach Boys, The Monkees and others.  In fact, when these other artists hit Chicago, it wasn't at all unusual to see one or two of our "local heroes" as the opening act at the concert!

Here's a shot of The New Colony Six backstage with The Beach Boys ... 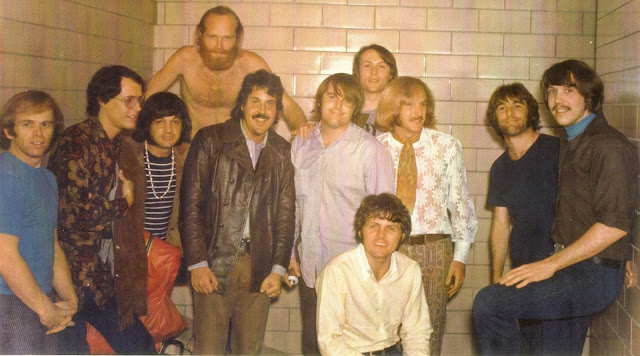 And here they are hawking musical instruments in the Montgomery Wards Catalog!!!  (Wow, I never even knew this existed!!!) 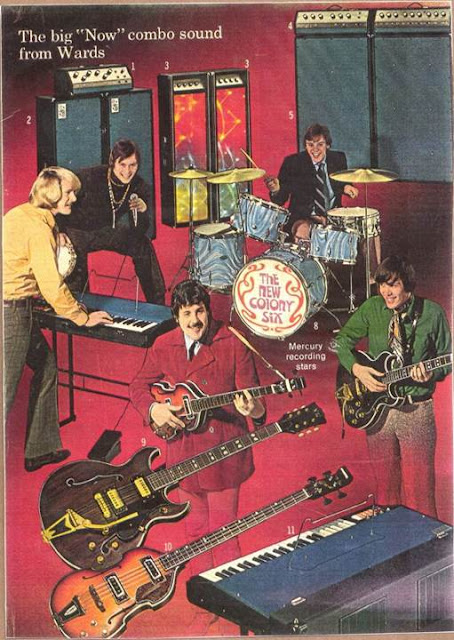 AND HERE'S A SPECIAL NOTE From Jack Levin ... who supplied ALL of the local WLS and WCFL charts used in this year's 1967 Flashback Series ... about this week's Chicagoland charts ...

This one is difficult to come by. Not a whole lot of people were out and about in the Chicago area that day.
Jack

I had just written the chapter about the Great Chicago Snowstorm of '67 when your scan of this survey arrived -
I personally did a paper route that day!!!
Imagine trying to pedal a bike in THAT!!!
My Dad finally came out looking for me with the family station wagon so he could pick up both me and the bicycle.


However even back then (at the ripe old age of 13!) my commitment to excellence and a job well done was intact ... despite his objections, I insisted on finishing the route ... he just drove me from house to house instead.
I wish I still had some of those pictures of me and my brothers shoveling the walk and driveway to build what seemed like a ten foot mountain of snow ... seriously, you could sled down it!

Here's The New Colony Six at their peak position with "Love You So Much" ...

I've always liked The Mamas and Papas' version of "Dancing In The Street" ... and I swear they played THIS one as much as the A-Side "Words Of Love" here in Chicago back in the day ... yet you never hear it on oldies radio today!

Truthfully, there was not a lot of "green green grass" exposed here in The Windy City this week back in '67!