kk …
Listening to show #1010 for Scott Shannon.  He said that Aretha will have three costume changes before she' s laid to rest. First one will be a Fire Engine Red Dress.

Also, something we've never seen before -- Aretha Franklin's legs are crossed in the coffin.  Scott thinks this will catch on and be seen more often in the future.
FB
Three costume changes during her funeral?!?!?  Now if that doesn’t make Aretha the ultimate, queen diva, I don’t know what does!!!  lol  (Can you even imagine orchestrating all of this?!?!?  Too funny!)
Put on your red dress, baby!  (kk)

Happy Birthday, Kent!
Regarding the banning of "The Ballad Of John And Yoko" by ABC radio stations, when ABC-TV featured the video of "Ballad" on its new 45-minute Music Scene program in the Fall of 1969, it was edited so that both the audio and video were cut out each time the word "Christ" was sung, which resulted in an embarrassingly choppy version of the performance.
– Randy Price

I actually remember that … and thought I might even have it on DVD somewhere (but apparently don’t.)
“Music Scene” was a weekly feature that allowed artists to come on the show and perform their latest Billboard chart hit single (although one of the clips that I DO have features Jerry Lee Lewis performing “Great Balls Of Fire” … so there were some other tunes mixed in there as well.)
Watching it in hindsight, it was an EXTREMELY annoying program, hosted by David Steinberg (who I actually like!)  It was just embarrassing to watch them stick in these bizarre (and particularly unfunny) comedy interludes between acts.  However the set up was AMAZING … the audience actually sat on the main stage, surrounding the performing artist … on camera … so they were most definitely part of the show.
It didn’t last long … but it WAS kinda cool to see and hear the most popular songs in the nation … keep in mind that at this time … 1969 … my whole musical world still revolved around whatever WLS and WCFL were playing … so to see The Temptations at #1, for example, with “I Can’t Get Next To You” was quite a treat!  (kk)

kk:
New Elvis book available for pre - order.
FB
https://www.shopelvis.com/product/EPAM4273/elvis-comeback-68-the-story-of-the-elvis-special-by-steve-binder?cp=796_16330&src=pFACE&utm_source=facebook&utm_medium=social&utm_campaign=elvis-comebackbook-preorder
I’m gonna have to get this … if anybody can write the book on Elvis’ big television comeback special, it’s Steve Binder.  He brought Elvis out of his shell and fought Colonel Parker hard to get what he needed filmed … I don’t know that anyone could have had any idea as to what degree this special would have in jump-starting Elvis’ career again, post-cheesy movies … but he was once again The King Of Rock And Roll in everybody’s else after this special aired.  (I’ve been a die-hard fan ever since myself!)  kk

UPDATE:  The book is evidently available NOW (and has been since August 1st) .. I just went to preorder it on Amazon and it will be here TODAY ... Same Day Shipping ... how on earth do they do it?!?!  (I'm telling you, Amazon is taking over the world!!!)  kk

I suspect you have already received this from a couple other folks, but if not, I wanted to make sure you got it.
Bill

https://bestclassicbands.com/tommy-james-interview-mony-8-28-18/
There is also a link at the beginning of Part 2 that will take you back to Part 1 in case you missed it.  Thanks, Bill!  (kk)

Speaking of Gene Taylor and banned songs on WLS, I believe they banned Napoleon XIV's "They're Coming To Take Me Away, Ha-Haaa!" because as it climbed up the charts it made it to around 15, if memory serves, and the next week it was nowhere to be found, neither on the survey nor on-the-air.
Jon M
According to Ron Smith’s book, “They’re Coming To Take Me Away, Ha-Haa!” peaked at #6 on the WLS Chart (and got as high as #2 across town at WCFL.)  However, you may be right regarding its actual chart run as it only made the weekly Silver Dollar Surveys for two weeks, premiering at #17 on July 15th and then leaping to #6 the following week before disappearing forever.
One of my funniest memories of doing Forgotten Hits was several years ago when Scott Shannon played "They're Coming To Take Me Away, Ha- Haa!" on The True Oldies Channel.  My daughter Kris was working at a local Mental Health Facility at the time and heard it come on the air ... and couldn't believe that somebody could make a song like that.  She called me that night to learn more about it.  She said that all the older women she worked with found it quite appalling ... and said that although she was shocked when hearing it, she couldn't help but laugh afterwards.
I related the story to Scott Shannon, who then told it on the air a couple of days later, played the song again and this time dedicated it to "all the folks at" the area hospital where my daughter worked.  (Word is they all loved it this time!!!)  lol  (kk)

You can catch our Daily Dose of Political Incorrectness here:


>>>I have the whole Lloyd Thaxton video shown on CBS Morning, but with a running number thru it.  This shows that the video DOES exist somewhere without that nagging number.  IF you saw the whole video, you'd see that Lloyd just about steps over the line of just flirting.  Pet herself raised her eyes in questioning his words.  Can't blame him, tho, for finding her pretty.  She's my fave 60's female singer.  And still touring in a bus at 85!  (Clark Besch)
>>>OK, so now I've GOTTA see the whole Lloyd Thaxton Clip!!!  (I used to love his show … a VERY entertaining guy … and not much of him to be found on YouTube.)  I can remember Lloyd Thaxton's very first show.  He opened it at the piano, playing this amazing piece that I had never heard before.  My Mom even came in from the kitchen to see just what was going on … and then, about two-thirds of the way thru, he lifted his hands, turned around on the bench and stood up and walked away, while the song kept right on playing … he had been faking it the entire time!  It was funny as could be … and even my Mom fell in love with him right on the spot.  He absolutely HAD us from that point forward.  I never heard back from Dave The Rave on this … but it WOULD be very cool to connect with Lloyd's widow again and see if we can persuade her to move forward with some type of home video release schedule.  (kk)
Kent,
I can't send the video of the Pet Clark Thaxton clip from 1966, but it is awesome.  Pet lip synchs "A Sign of the Times," "Foggy Day in London Town" and "I Know a Place."  Below are some pics I clipped from the video which has running numbers that have been blurred out.  As you can see, she is at the top of form.  I have sent the audio of Lloyd's interview with her including her receiving a Grammy for being the top female performer.  Apologies for the sound glitches occasionally in this clip.

The photos below are:
1)    from "A Sign of the Times" performance
2)    "Foggy Day"
3)    Pet recoils upon seeing Lloyd coming at her with the thin long microphone!  This is obviously just like the one Dick Clark used on Bandstand.  That made me wonder why she had not seen such a mic before.  I checked and she never appeared on Bandstand (altho Mrs. Miller DID perform "Downtown" on the show)!  Maybe Pet was a casualty of the exclusive Sullivan contract?
4)    Pet does a sample of "Downtown" sang in French
5)    Pet receives her Grammy from Warner Brothers President Joe Smith
6)    Pet looks at the audience as if to say "What is he saying?"
7)    Pet reacts to Lloyd's comment that she is VERY beautiful by nodding her head quickly and getting right up next to him
8)    She finishes off with "I Know a Place"
9)    Showing how she can work the camera quite well at this stage.
10) Lloyd doing the fake playing you mentioned in seeing in a different comment from you.  That WAS funny, as he was fooling me, too.
Clark 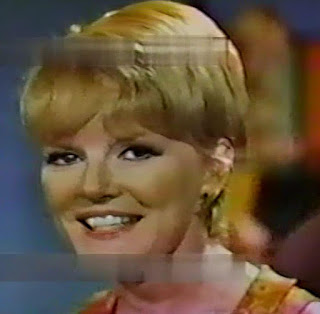 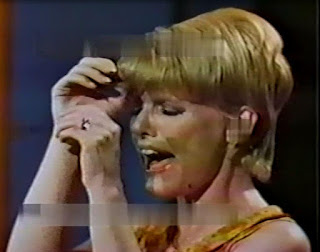 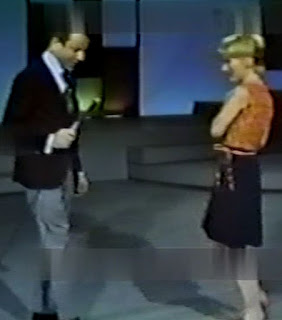 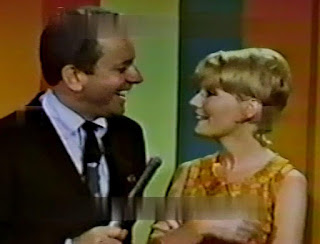 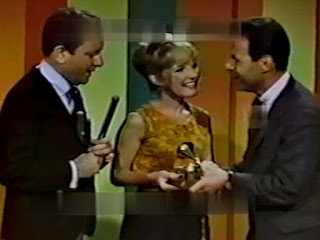 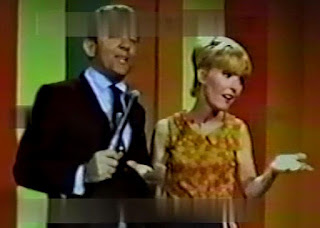 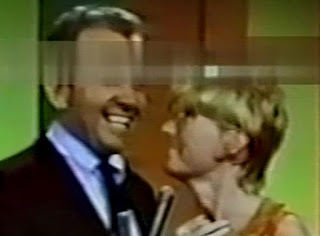 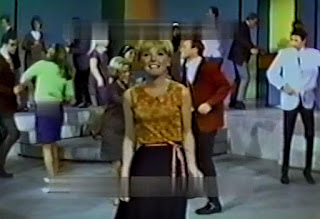 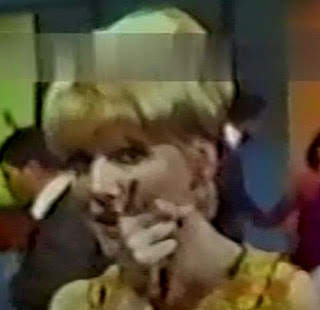 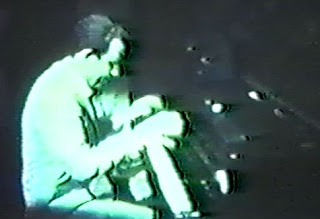 Alice Cooper, an avid (and perhaps best known rock star) golfer, has been quoted about playing golf with Donald Trump (before he assumed the Presidency of course.)

Cooper recently told Billboard Magazine:
“Everybody wants me to say he was cheating, and I say, ‘I don’t know anybody that doesn't cheat at golf.’ When it’s for fun, I mean, I cheat, everybody cheats.”

When pressed for an answer in a 2012 interview, Alice said:
“The worst celebrity golf cheat? I wish I could tell you that. It would be a shocker. I played golf with Donald Trump one time. That's all I'm going to say.”

In a piece published by Ultimate Classic Rock earlier this week, Cooper also explained why he steers clear of politics during performances.
“I’m the escape from politics.  My job is to take you somewhere in the same way Star Wars or Jurassic Park does.  Because the rest of the day, you turn on the TV and it’s some new development with the Russians or North Korea. And I know that everybody wants to give their take on what Trump is doing and all that. But if Alice Cooper says anything about politics, it’s definitely in satire.”

Hi, Kent -
Pam Pulice asked me an interesting question today, and I have NO idea what the answer is.  So, I'd like to run this by you and your wonderful
and knowledgeable readership.
She asked if I could find an aircheck or YouTube video of the "Vehicle WLS Jingle" that was aired when Dick first started at "94.7 FM"?
She said that it was mentioned by Greg Brown, but she's never heard it.  Neither have I.  Anyone out there have any info?
It'd be greatly appreciated.
Thanks!
Mike Wolstein


I’m not familiar with it but we can certainly ask. (I just a quick email off to Jimbo, too, in case he has a copy in his extensive archives.)
I remember a vintage WCFL piece from 1970 that I believe we shared a while back … of course I can’t find it now! … but I don’t recall anything from WLS.  However, if this is from 94.7 FM, that would be something a bit more recent … but let’s put it out to the readers … and to Jim himself … and see what we can come up with for you.  (kk)

And real quick ...
Just one more thank you (publicly this time!) to Tom Cuddy for sending me the coolest birthday card EVER!!!  Thanks, Tom … you made my week!  (kk)
Posted by Kent Kotal at 6:00 AM