Another Concert Review: Dennis Tufano at The Copernicus Center

Wow! What a great bunch of talent we have around here!

As we got there, we had some time to say hello to lots of old friends, including Dennis and his sister Cheryl and her husband Clif. Cheryl is so much a part of Dennis’ journey ... she works hard at getting things together and she’s a sweetheart on top of all that! She was co-host of the event along with Janet Davies from Channel 7. (We also saw Linda Yu there.) A number of local artists were there also - including Scott May from the Ides of March and Rocky Penn, who now plays with the Buckinghams. Also saw Jay from Jay & the Americans.
After the meet & greet, we entered into the theater, a beautiful showplace with massive concrete decor and statuary, beautiful lighting and comfortable seating.  Opening the show was a gentleman named Anthony Rago, who I admit didn’t know, but he did a wonderful job singing some classics that were very popular with everyone, but particularly a lot of the Italians in the audience! I really enjoyed him, and I don’t claim any Italian heritage!

Following his set came one of my favorites, and IMO one of the best tribute bands around, The Chicago Experience! They specialize in recreating the great sounds of the band Chicago, with a local brass section that can measure up to any, including sax & flute player Jim Massoth, trombone Terry Viano, and trumpet Steve Frost. With former Cryan’ Shames / Scramble players Paul Wood (keyboards), Tim Rutter (bass guitar) and Ron Brandt (lead guitar, vocals, and bandleader), and Adam Cowger on drums, lead singers Brian Hemstock & Adam Briel, they put on a show that got everyone singing and clapping along and dancing in their seats.  (I'd also like to add a special shout out to one of the sound men, Dave Lowum, who used to do sound for the Shames and the Mauds years ago, but has since moved on to doing sound and touring with Paul Anka. Good guy!) 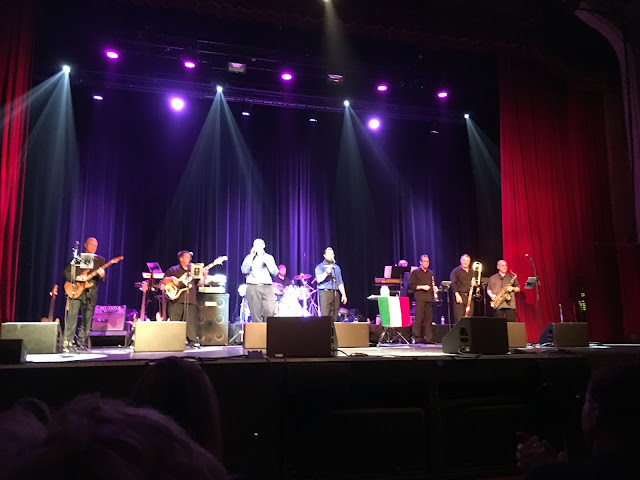 After a short break, the man of the hour, Dennis Tufano, was introduced to thunderous applause and cheers, and with Dave Rice on keyboards joining the Chicago Experience, he launched into a great book of memories in song and story from days of yore, throwing some Italian classics like ‘Volare’ into the mix along with some Buckinghams songs and others. Dennis had everyone joining in and reliving lots of memories from days gone by, from teen clubs to sock hops and friends we knew along the way. He, as usual, looked the epitome of a classic entertainer, from his dance steps to his classy suit, in which he was having a good time trying to stay cool, even when a couple people in the audience yelled ‘take it off’!!! 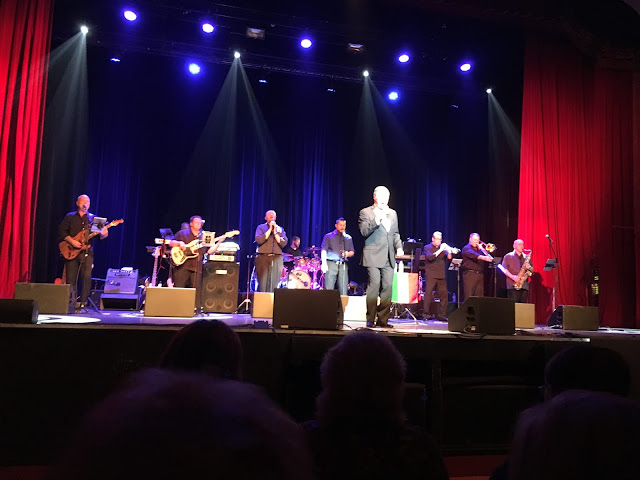 After the show he again came out to the lobby to take and sign pictures, and he was very gracious with all the fans. A marvelous night, all in all, and here’s hoping he can do a few more of these shows so more of his fans (and those of the Chicago Experience!!) can come out and enjoy a great night of local talent, the likes of which it would be hard to match!
-- Marlene O'Malley 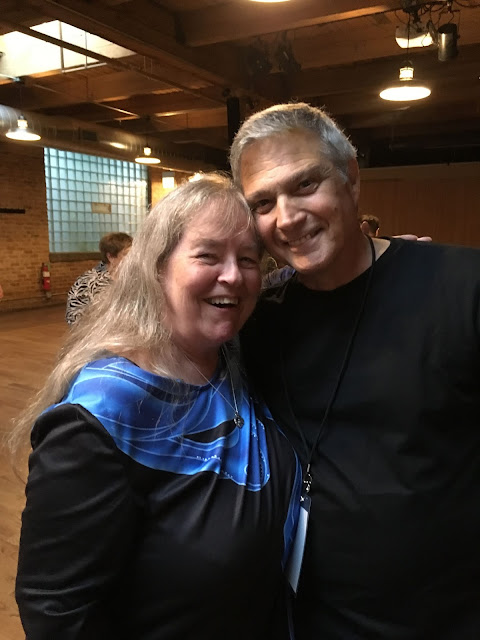 
We didn't make it to this one ... in fact, lately it seems like we're missing more shows than we're seeing!!! ...  but it sounds like a great night of music.

As you know, I've never been a real big fan of all the "copy bands" that are out there these days ... far too often, they seem to be taking gigs away from many of the legitimate artists who made these hits in the first place ... but I have got to rate The Chicago Experience as among the very best that I've ever seen.  (I've said it before and I'll say it again ... I have seen them perform some of Chicago's hits better than Chicago performs them!!!)

And teaming them up with Dennis Tufano makes for the perfect musical marriage ... so this would have been a good one to see.

They've done a really nice job of turning The Copernicus Center into a hot new music venue ... hopefully more acts will be making their way there in 2019.

Thanks, Marlene, for letting us live vicariously for this great show.  (kk)
Posted by Kent Kotal at 6:00 AM