KIRL had only gone to a top 40 format three months prior to this survey, taking on long time St. Louis top 40 leader KXOK head on.  My fave 1910 Fruitgum Company song is a hitbound, but alongside it is a rare sighting of Gary Lewis' "Main Street" charting.  This is the same song Denver's great Astronauts put out on 45 three years earlier.  Lewis' version really cooks and the opening drum roll (by Wrecking Crew member Hal Blaine, I'm guessing) sounds an awful lot like the opening to the "Rock of Chicago WLS" jingles years later!  Great rendition, which they also did live that very Sunday evening on Sullivan in a very cool and interesting video style.  Mary Hopkin sang the #7 song as well on that show.  Besides FH star Ron Dante's first Archies hit "Bang-Shang-a-Lang" hitting top 10, Ray Stevens tries for one more very cool serious song (#20 "The Great Escape") before he returns to novelties and hits with "Gitarzan" next up.
-- Clark Besch


We've got another BONUS CHART for you this week, this one from WROK where The Singing Cowboy has the #3 Record with "Paralyzed."  (Toldja anything goes during the '60's!!!)

Yep, right up there with The Beatles, The Bee Gees, Steppenwolf, Iron Butterfly and Cream!!!  (Too funny!)

Actually, this record was released by The Legendary Stardust Cowboy, but that's just one of the many mistakes shown on this week's chart.  (They even spelled "Paralyzed" wrong!!!)

In fact, you'll find LOTS of misspellings on this week's chart ... which has kinda become the norm here as we make our way from coast to coast.  (SteppInwolf ... Mary HopkinS ... Shondels ... it never ends!)

We also see Five By Five working their way DOWN the chart with their cover of the Jimi Hendrix classic, "Fire."  And a couple of premiers by two of Chicago's favorites, The Shadows Of Knight and The Buckinghams!  (kk) 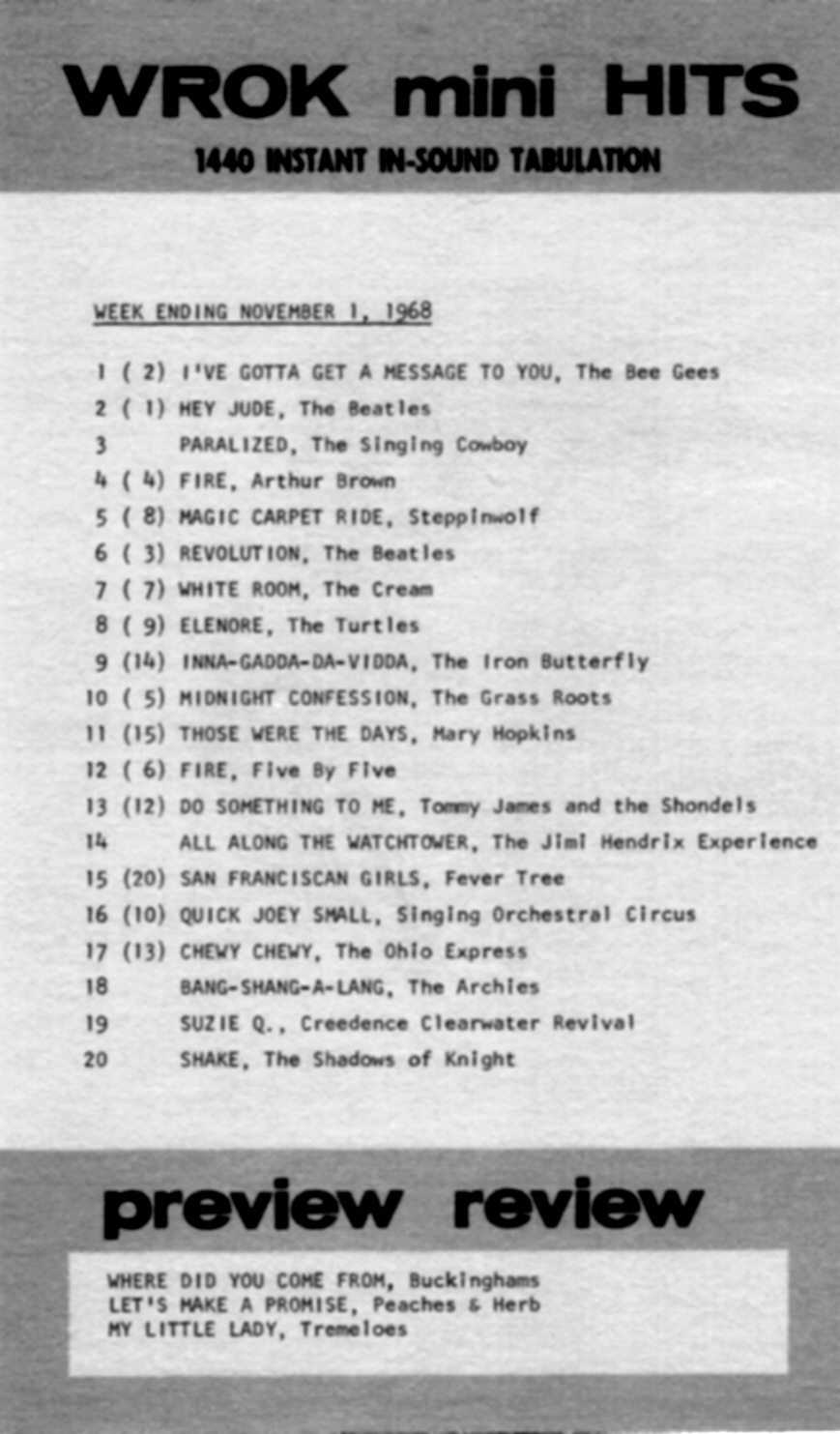